24 Iconic Sandwiches You Can Make at Home 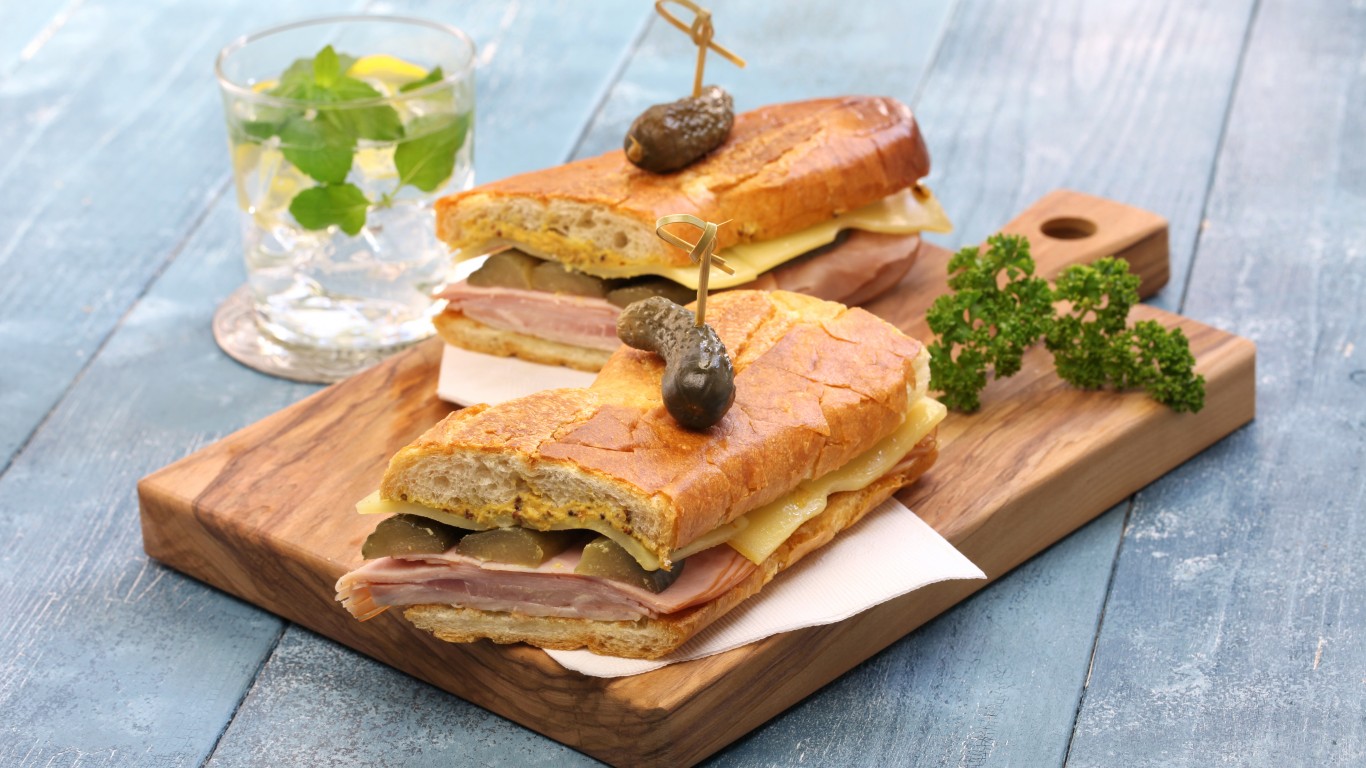 Pork, ham, salami (sometimes) Swiss cheese, dill pickles, and mustard on crusty Cuban bread — that’s the Cuban sandwich. As with many sandwiches — many dishes in general — its history is hazy. What’s almost certain, though, is that it doesn’t come from Cuba. Instead, it was developed by Cuban cigar factory owners in the Ybor City neighborhood of Tampa, Florida, probably in the late 1800s. In 2012, it was officially named Tampa’s signature sandwich by the city council. 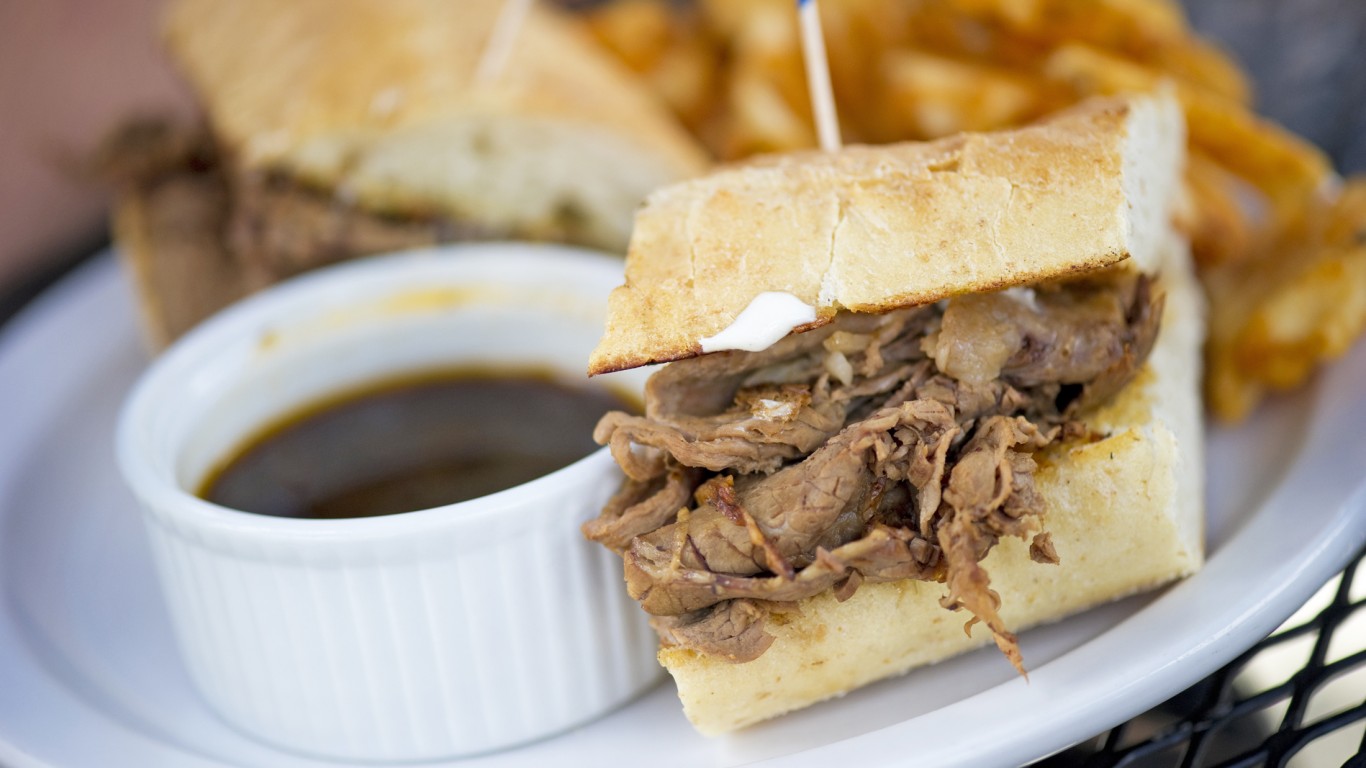 The French dip — thin-sliced roast beef or other meat on a long French roll whose cut sides have been dipped into the roasting pan juices — was invented in Los Angeles by a Parisian, one Philippe Mathieu. The story is that one day in 1918, a decade after he’d opened his sandwich shop in downtown L.A., Mathieu accidentally dropped a roll into the roasting pan while he was making a sandwich for a local policeman. The cop ate the sandwich anyway, and liked it so much that he came back the next day with his buddies for more. Now you can get French dips all over the country — but Philippe’s is still going strong.

24/7 Wall St.
The Best Breakfast Sandwich in Every State 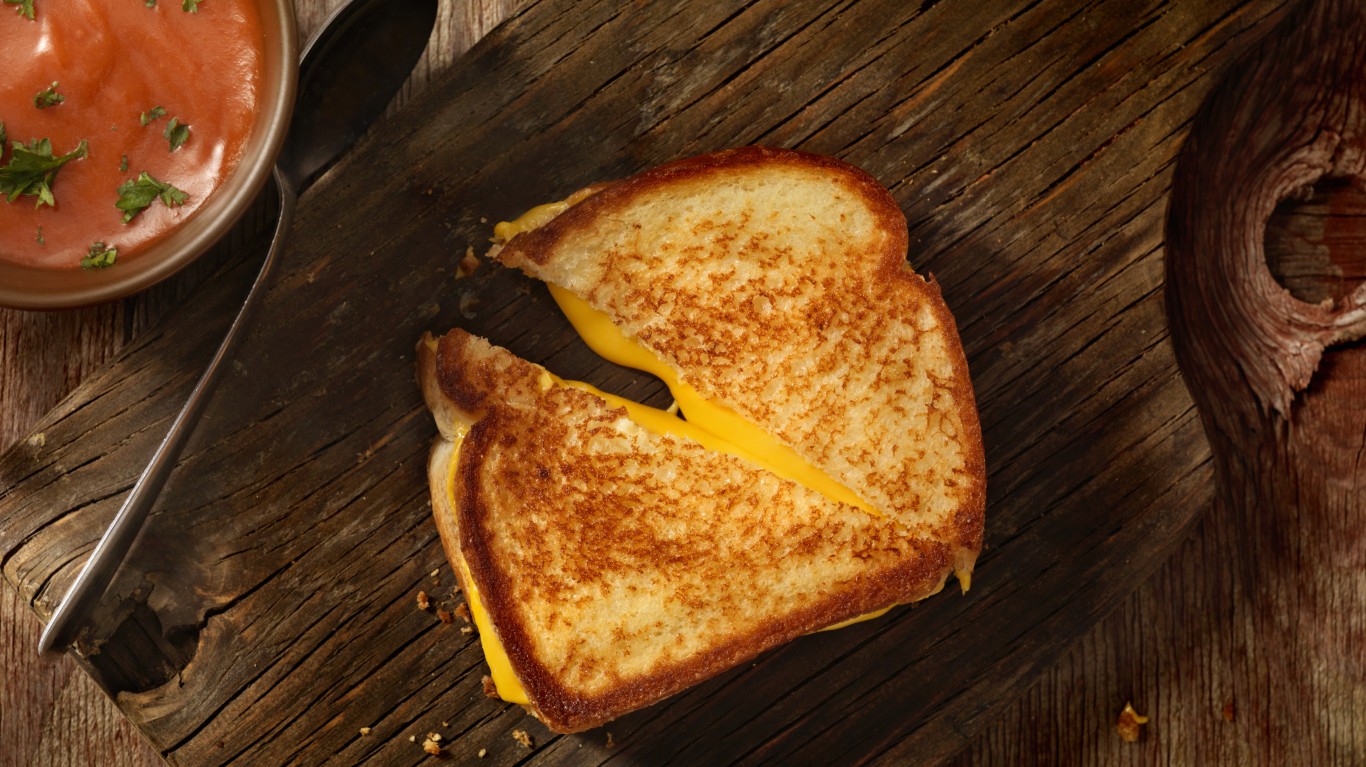 Bread and cheese heated together is an idea that goes back at least to Roman times. The term “grilled cheese,” though, dates only from around the 1930s, and may have coincided with the introduction of the electric sandwich grill (invented by Thomas Edison). While some purists insist that the sandwich should be made with white bread and American cheese, other recipes call for a variety of cheeses (sometimes combined), breads, and additions — from bacon and tomato to roast beef or macaroni and cheese. The popular combination of grilled cheese sandwiches and tomato soup was apparently invented in school cafeteria kitchens during the Depression. 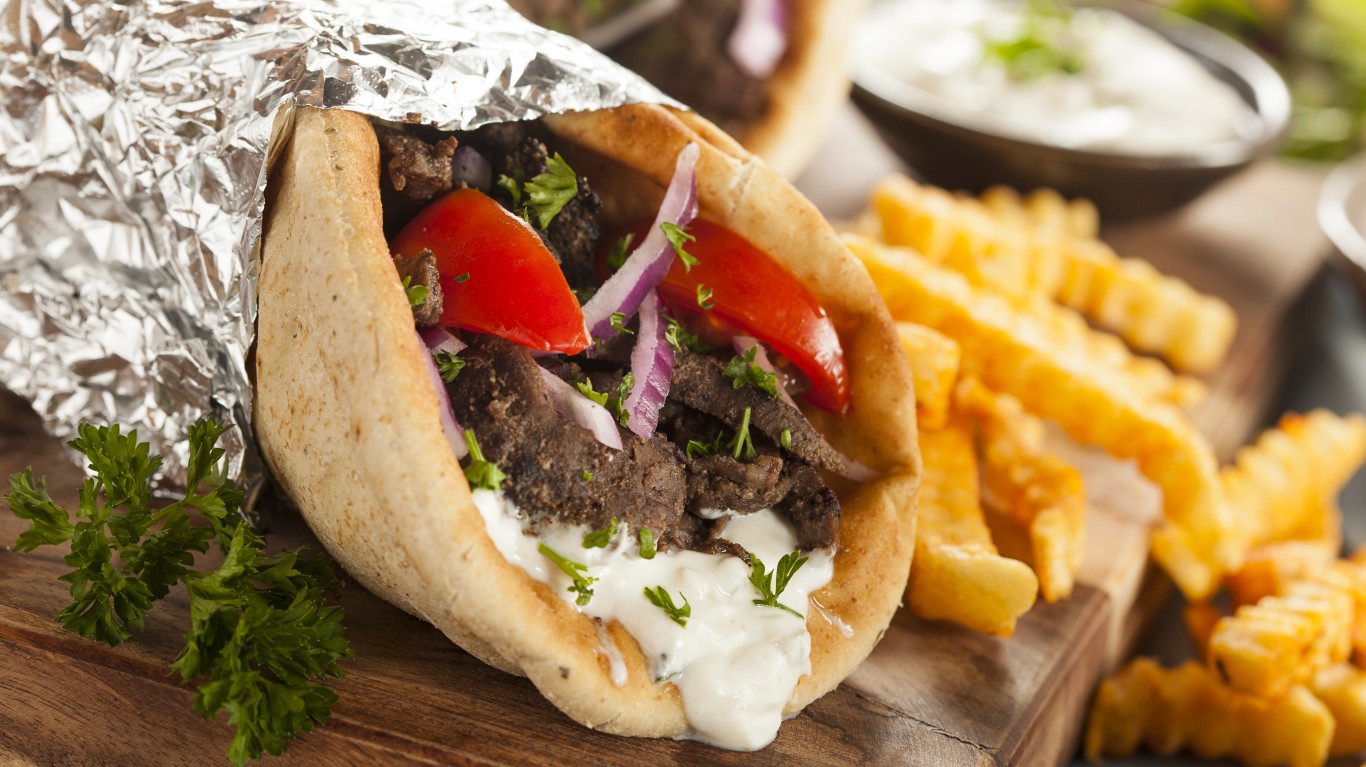 A staple of lunch carts in many cities, the gyro is a Greek-American sandwich (possibly invented in New York City) consisting of thin-sliced or shaved meat cooked on a vertical spit, served on pita bread, often with shredded lettuce and chopped tomato and a white yogurt-based sauce of some kind. Related to the shawarma of the Middle East and the döner kebabs of Turkey, the gyro — pronounced “YEE-ro” (the term comes from the Greek word for “spin,” a reference to the spit) — the original gyro meat was lamb. Today, it’s likely to be a composite of beef, lamb, breadcrumbs, and spices, pressed into cylinders. 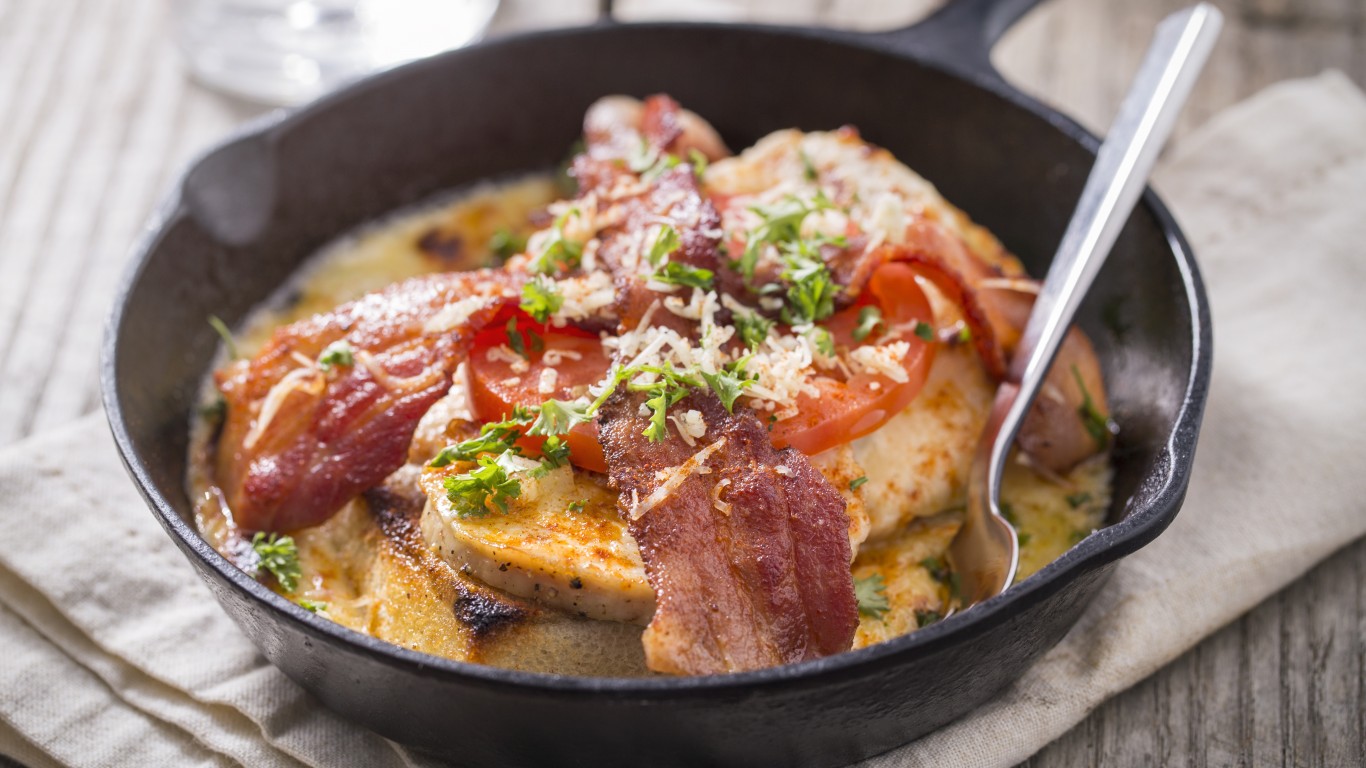 A specialty of Louisville, Kentucky, the Hot Brown was invented in the kitchen of the city’s Brown Hotel in 1926. It’s basically an open-faced sliced turkey sandwich on thick Texas toast, enhanced with bacon, tomatoes, and Mornay sauce (a creamy Béchamel sauce with shredded cheese melted in). The hotel dining room is said to serve about a thousand of the sandwiches per week, and it’s also available at more than 40 other restaurants in Louisville — as well as numerous other venues around the country.

The Most Popular Pizza in Every State

24 Milkshakes With More Calories Than an Entire Meal