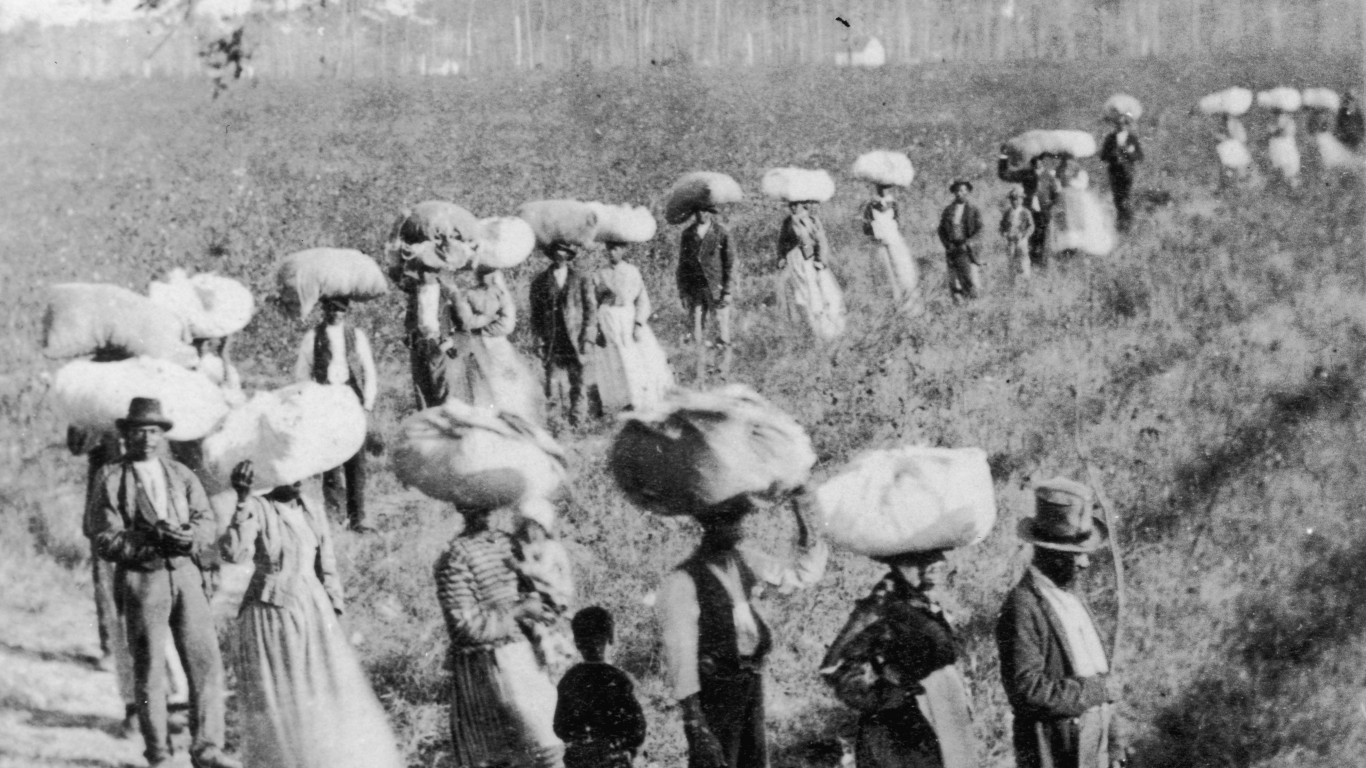 This picture of slaves returning from the cotton fields somewhere in South Carolina, probably shortly before the Civil War, was taken by the noted photographer George Norman Barnard. The state had a larger number of slaves per capita than most other states at the time, though the majority of them worked harvesting rice, not picking cotton. 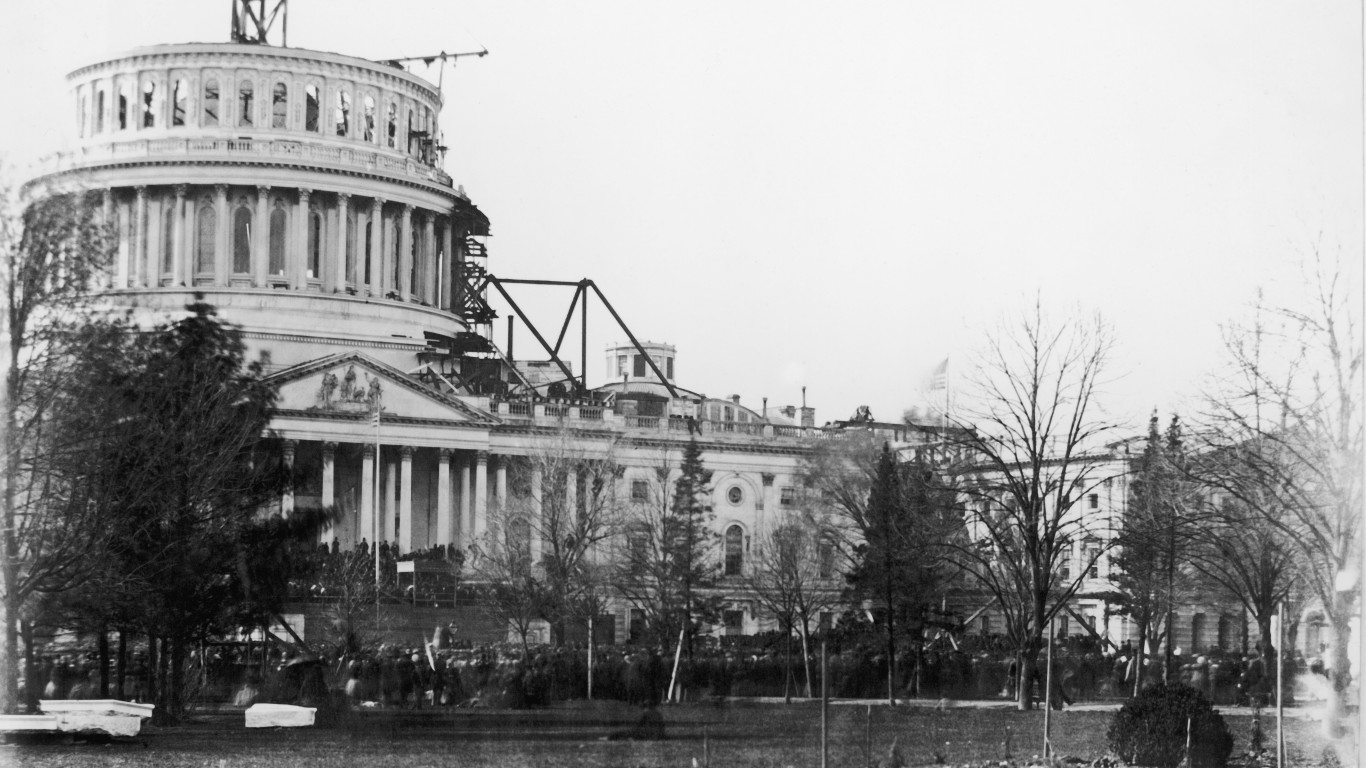 1861: The U.S. Capitol dome under construction

The first dome on the U.S. Capitol building, made of copper-covered wood, was completed in 1823. After the building was expanded in the 1850s, it was deemed unpleasant to look at and a project to replace it began in 1855, continuing for 11 years. The second dome, still in place today, is cast iron, painted to resemble the stone façade of the building it surmounts. This photo was taken on Mar. 4, 1861, the day Abraham Lincoln was inaugurated for his first term as president. 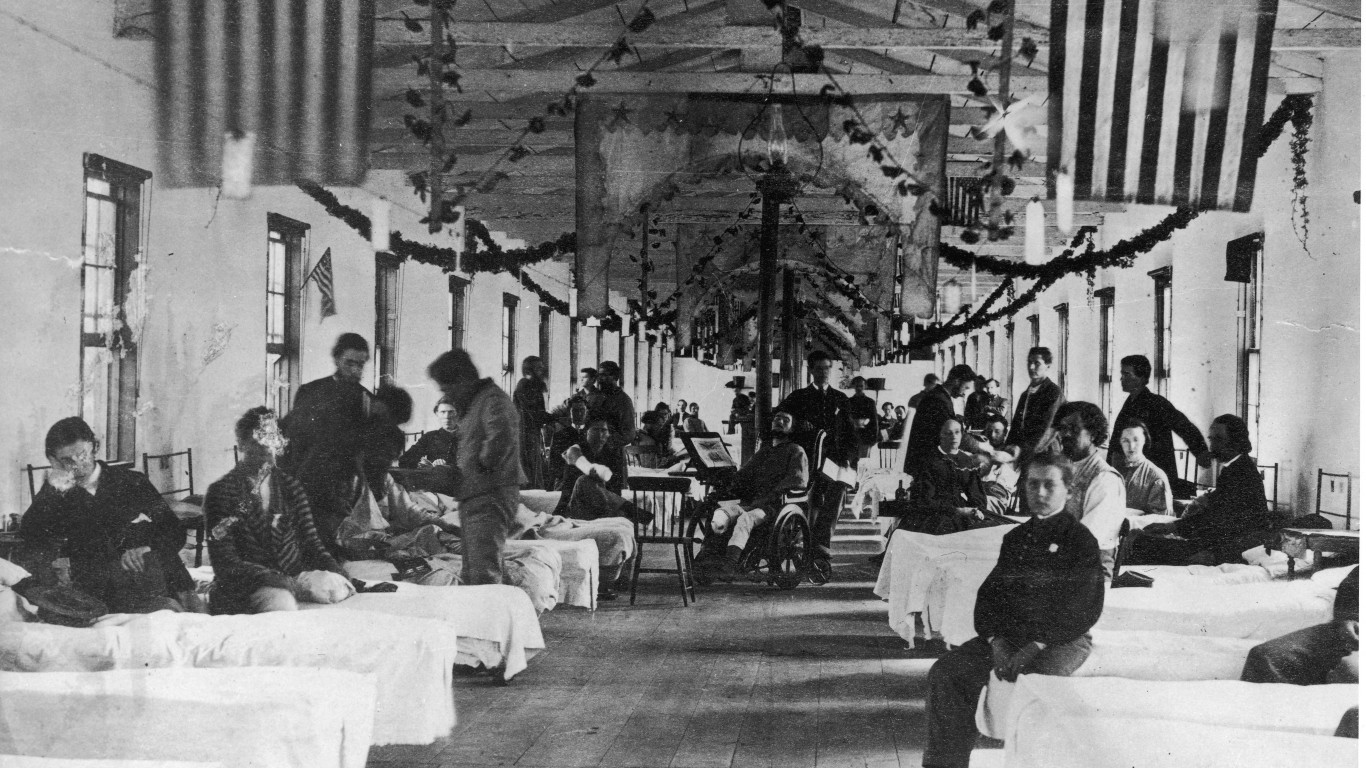 Campbell General Hospital was a Civil War-era facility for Union soldiers in the nation’s capital, operating between 1862 and 1865. It was unique in having a theatre where plays were presented nightly for the patients, like those pictured here. The unusual American flag hanging from the rafters, in use in some places from 1861 to 1863, has 34 stars. The significance of the four stars in the middle isn’t certain, but they may represent Maryland, Delaware, Kentucky, and Missouri, which remained in the Union even though they were slave states. 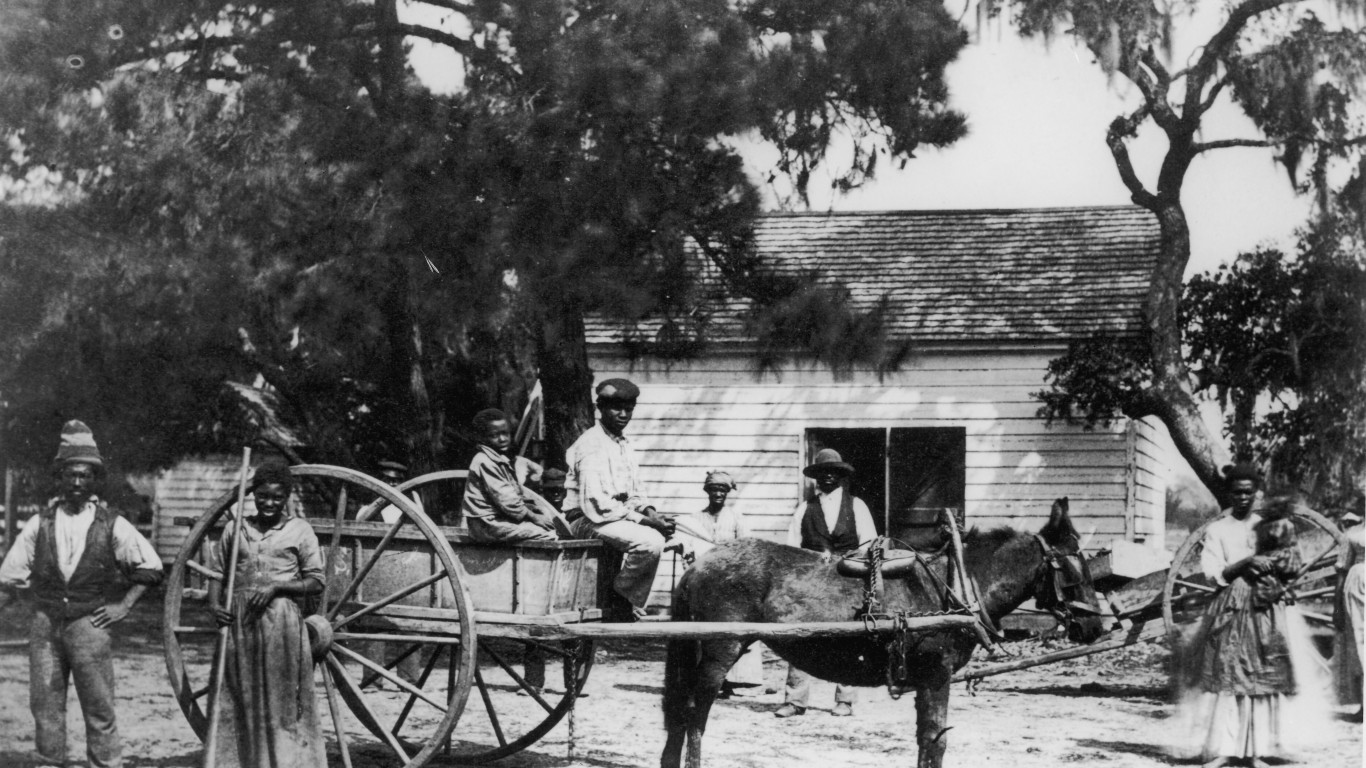 The New Hampshire photographer Henry P. Moore traveled south during the Civil War to take pictures of the Third New Hampshire Regiment as they bivouacked on the South Carolina coast. At the same time, he also photographed slave life in the region, and took a particular interest in African-American farmers, like those in this image, after the Battle of Port Royal in November of 1861 left them free of their masters though not yet officially emancipated. This shot was taken on the former plantation of one James Hopkinson on Edisto, one of the state’s Sea Islands. 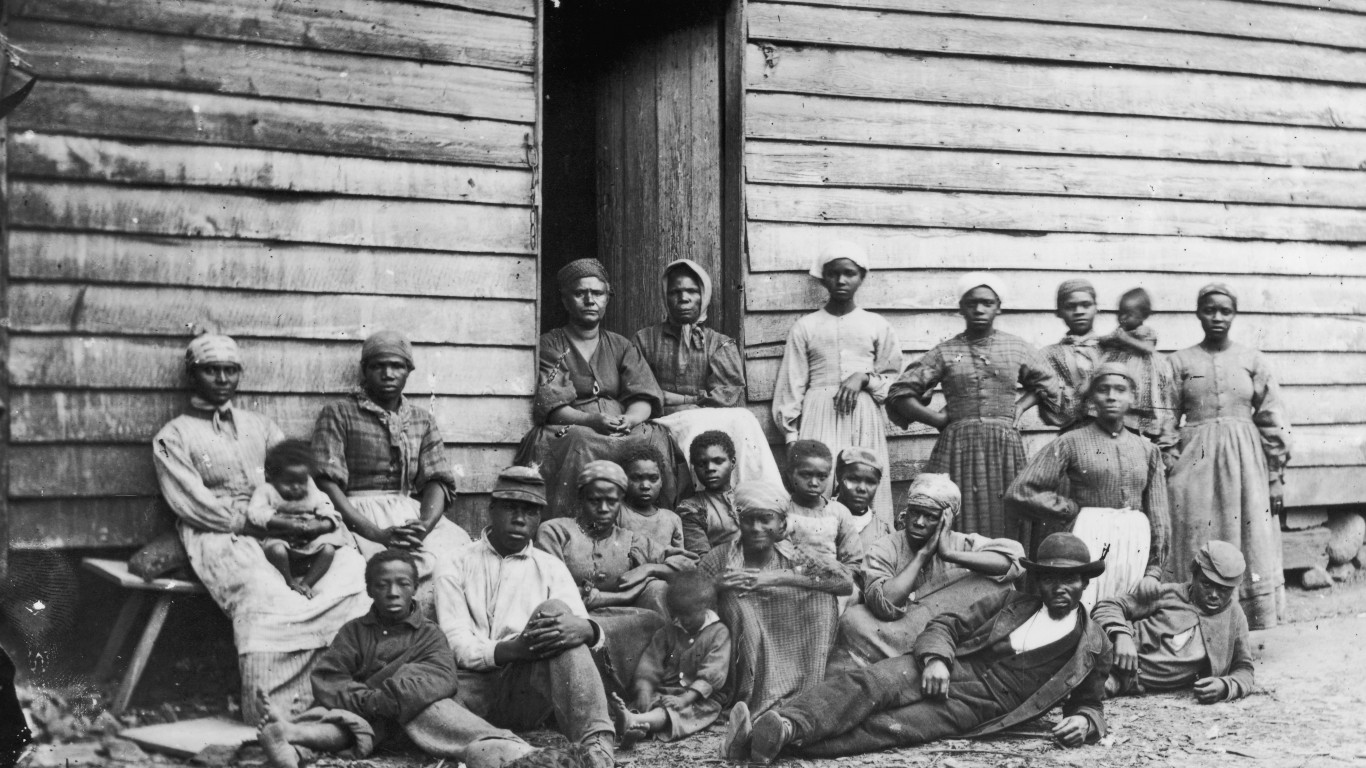 Taken after the Union Army had seized portions of southeastern Virginia during their Peninsular Campaign in 1862, this photograph shows a group of enslaved men, women, and children who sought refuge away from their masters’ plantations behind Union lines. While federal law dictated that escaped slaves be returned to their owners across the Mason-Dixon Line, the Union forces began labeling these people as “contrabands” or “contraband of war,” and enrolling them to support the war effort.