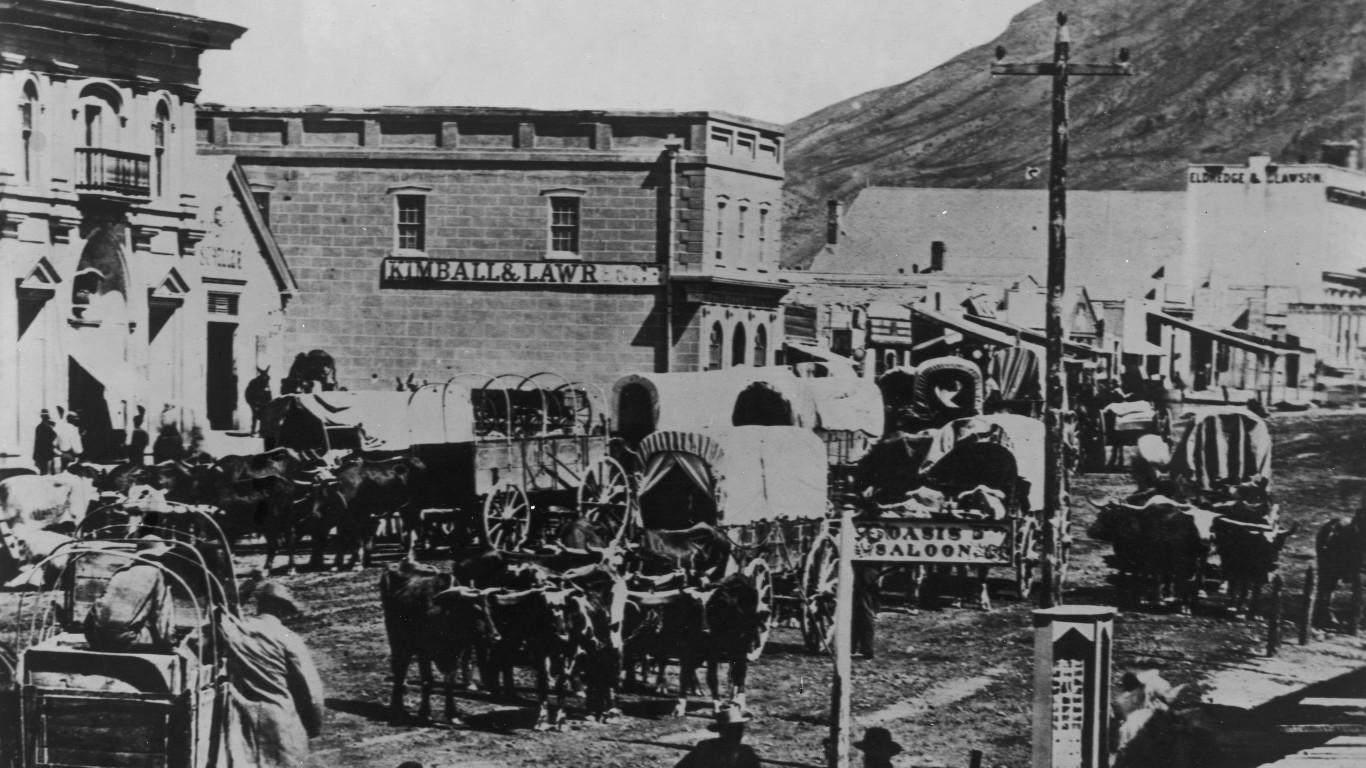 Today a city of more than 200,000 people and the capital of Utah, Salt Lake City was founded in 1847 by Mormon pioneers from Illinois fleeing persecution for their religious beliefs. At the time, the area was a Mexican territory, though it came under American control the following year. Though Utah wouldn’t become a state until 1896, Salt Lake City was beginning to thrive as a railroad hub and a base for the mining of precious metals and minerals at the time this photograph was taken. 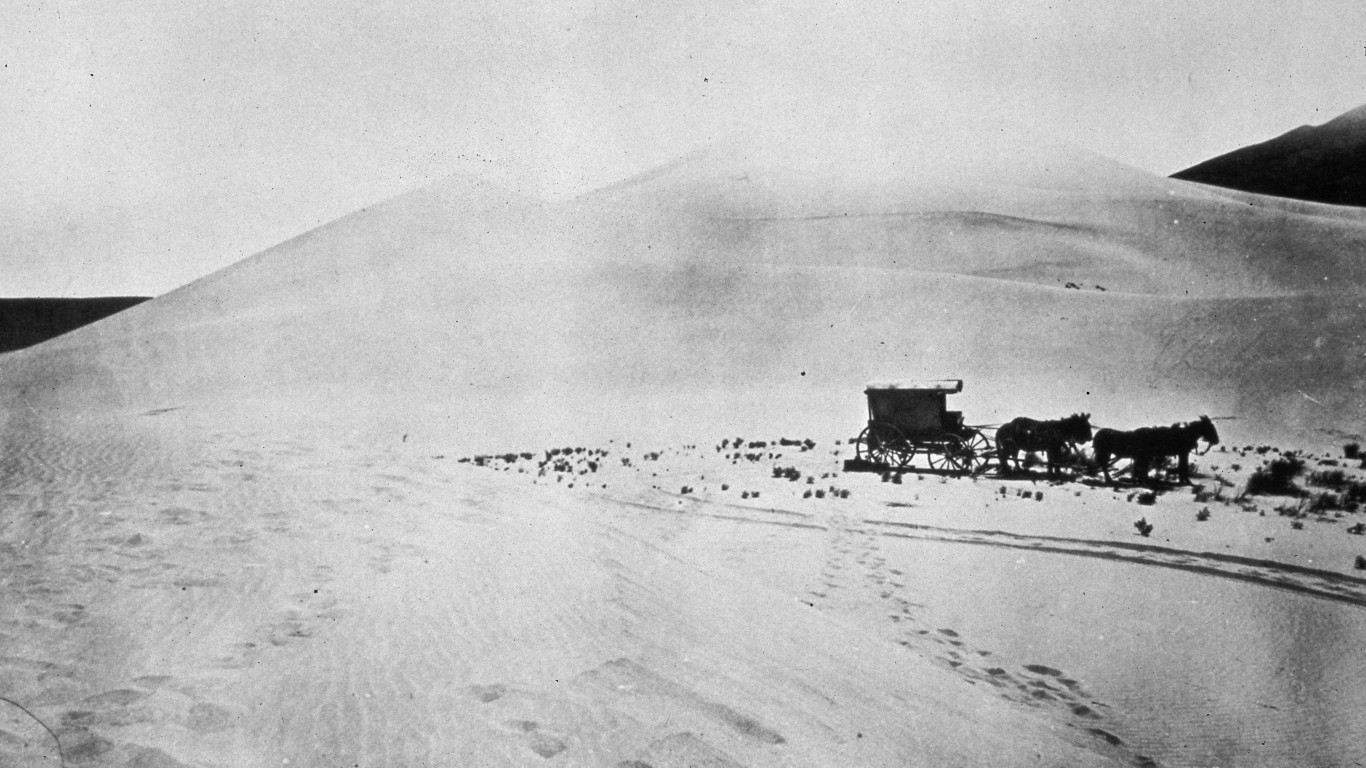 1868: A covered wagon in the Carson Desert, Nevada

This covered wagon traveling across the Carson Desert in Nevada is actually a mobile darkroom belonging to photographer Timothy H. O’Sullivan. O’Sullivan came to prominence working for famed Civil War photographer Mathew Brady. Subsequently, from 1867 to 1869, he became the official photographer for the U.S. Geological Exploration of the 40th parallel. He is considered to be a pioneer of geophotography, the recording of geologically significant features of the landscape. 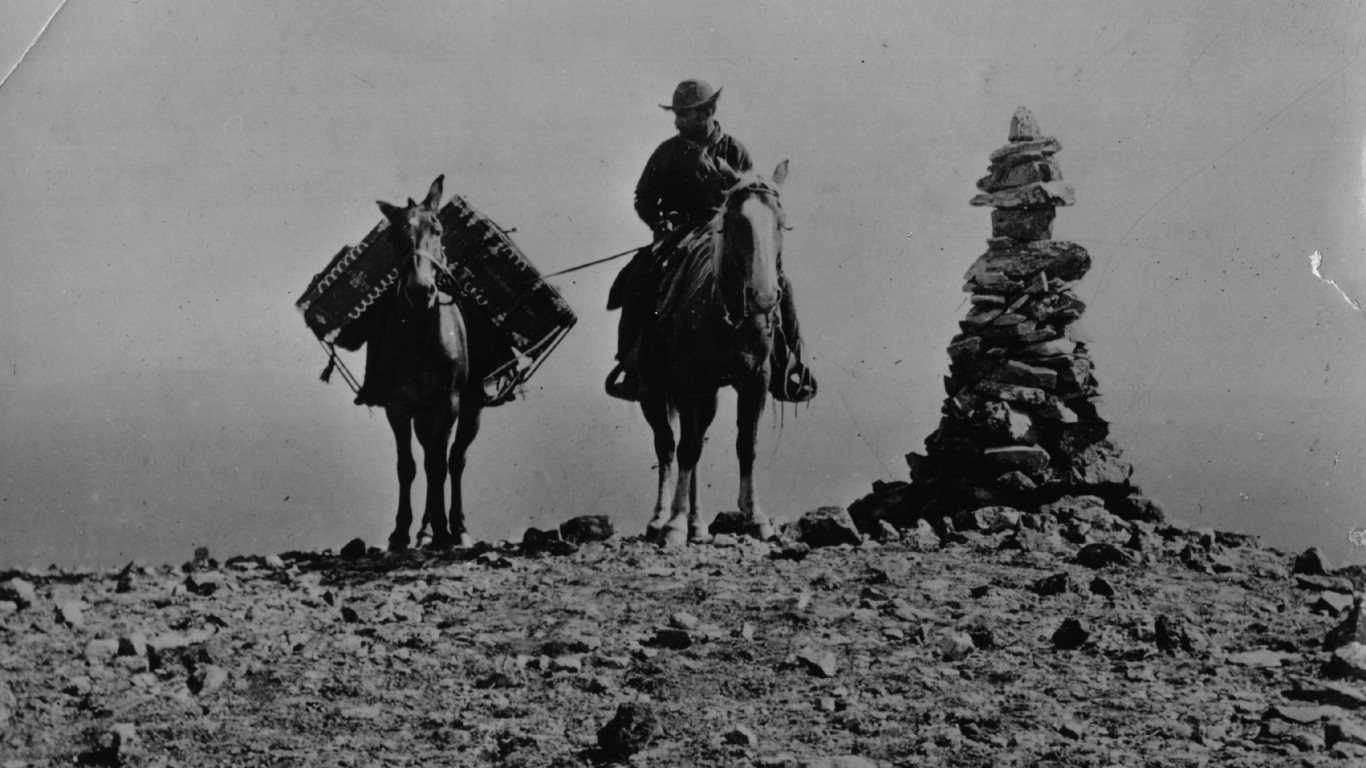 This image shows the noted geological photographer William Henry Jackson carrying his photographic equipment on horseback over the summit of Mount Washburn, a prominent peak in what was about to become (or, depending on the exact date of this image, had just become) Yellowstone National Park — the nation’s first national park, established by President Ulysses S. Grant in March 1872. 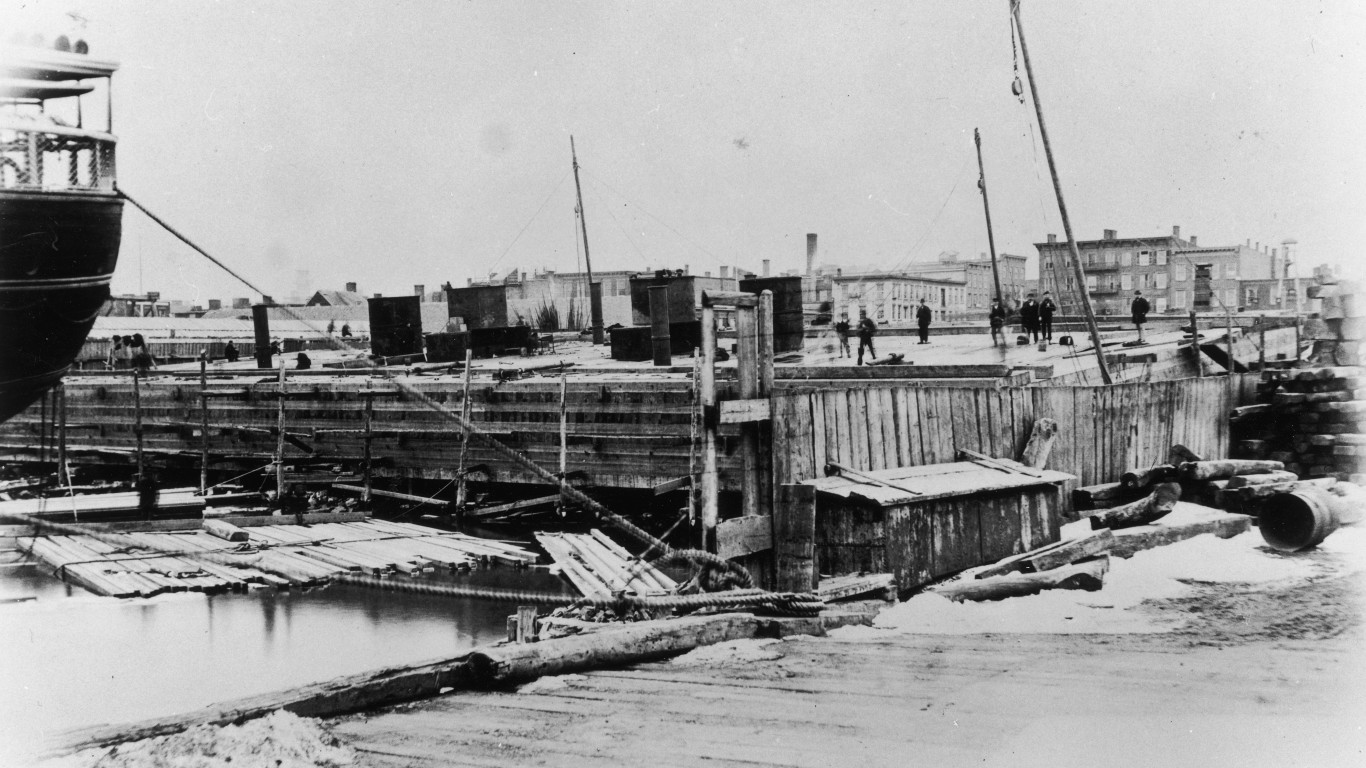 1870: The Brooklyn Bridge under construction

The construction of this emblematic span, one of America’s most famous bridges, began in 1870. A wire rope suspension bridge, it was designed by a German-born civil engineer named John Augustus Roebling. In the early stages of the project, depicted here, a caisson (a sealed underwater foundation) was launched into the East River at Greenpoint in Brooklyn. 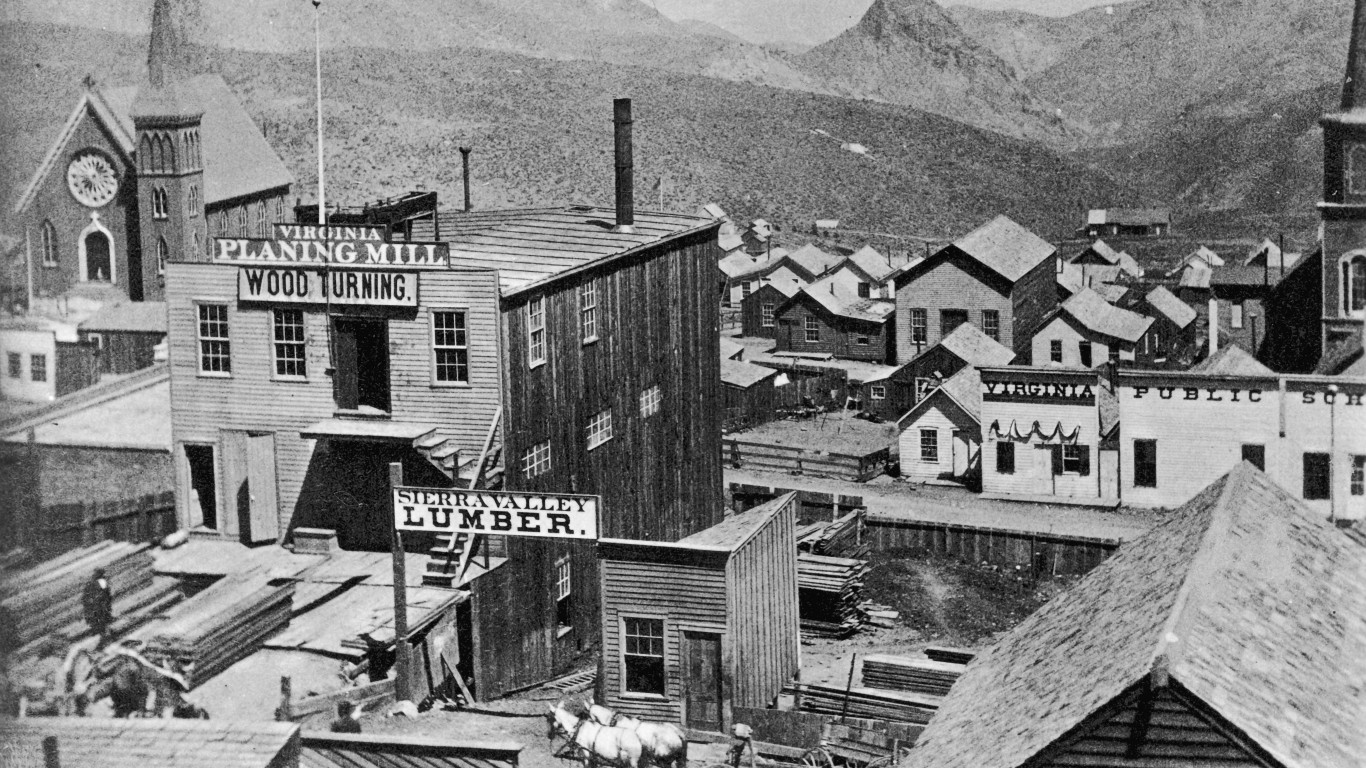 Virginia City, then part of the Utah Territory, became a boomtown after the discovery of the Comstock Lode — the first major vein of silver ore found in America. By the mid-1870s, the town had a population of about 25,000 and a thriving lumber industry, as this view showing the Virginia Planing Mill and Sierra Valley Lumber suggests. By the late 1870s, the silver began to run out, and the population declined; today the town has about 855 inhabitants.