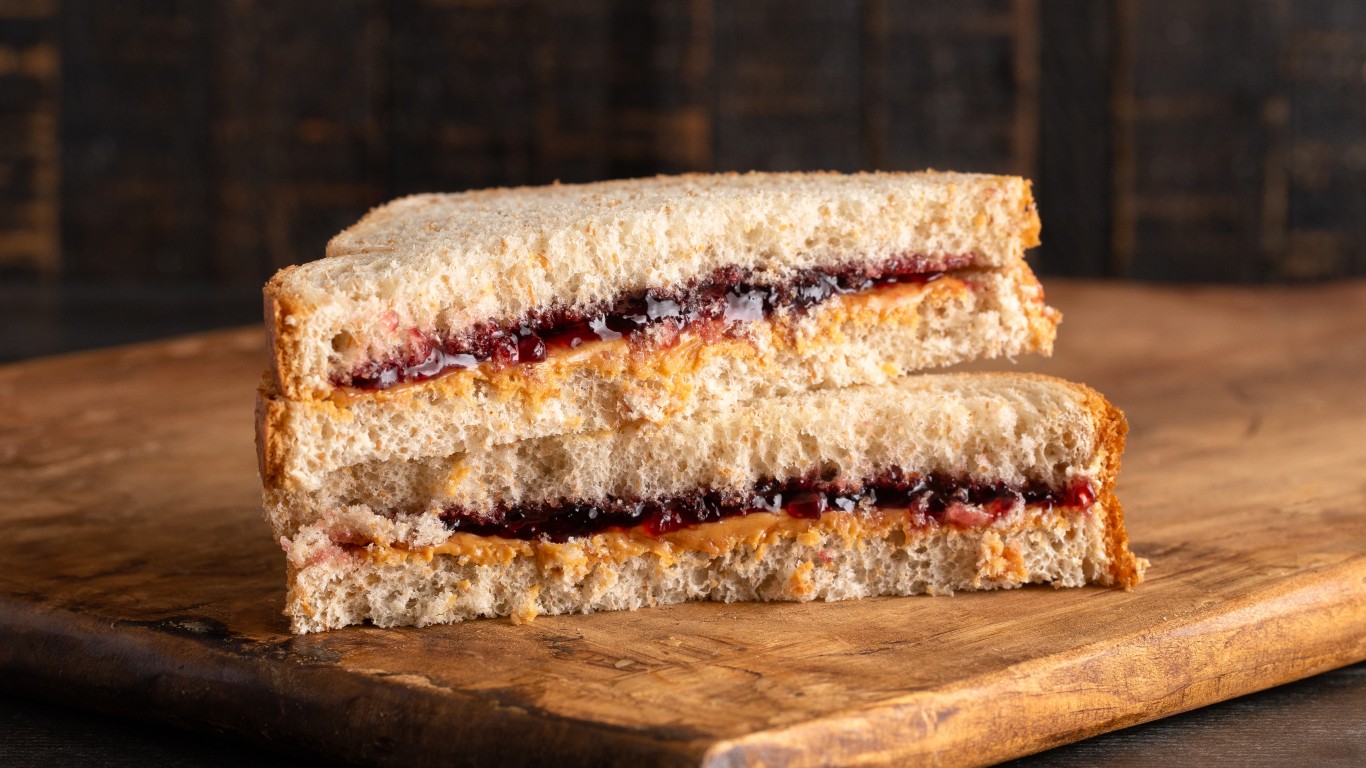 What foods go together better than peanut butter and jelly? Not only is the classic, timeless PB&J super easy to make with staples just about everyone has on hand (and is one of the first things most kids learn how to “cook”), it’s delicious and just about impossible to mess up. Crunchy or smooth? Strawberry or grape? The choice is yours. Fun fact: April 2 is National Peanut Butter and Jelly Day. 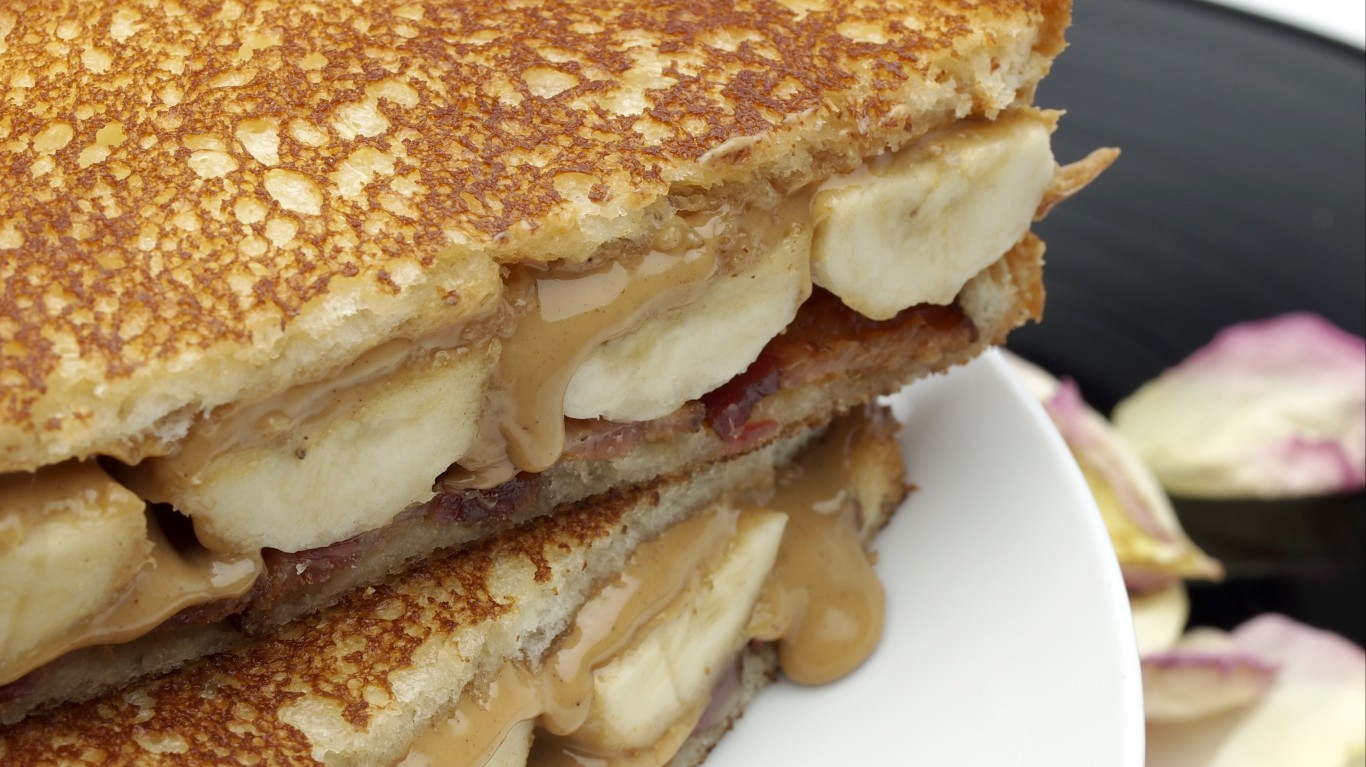 This sandwich was popularized by none other than the King of Rock & Roll himself, Elvis Presley. His favorite sandwich, The Elvis is made with a combination of peanut butter and banana (and occasionally crispy bacon) on toast. The banana can be sliced, mashed, or caramelized, and it can be browned in a frying pan with butter or bacon fat. Some variations also include honey or jelly. It may sound crazy, but a peanut butter and banana sandwich is actually insanely delicious.

24/7 Wall St.
This Is the Best Local Sandwich to Try In Every State 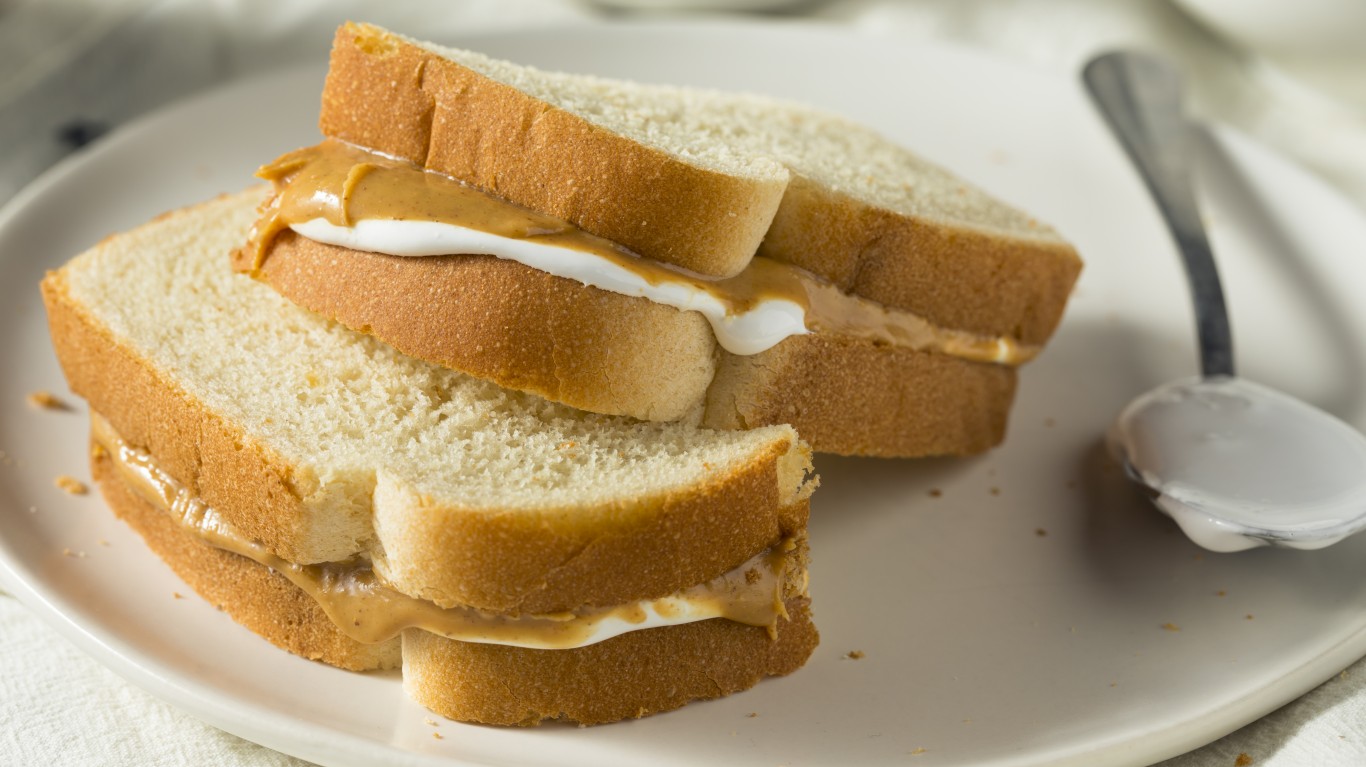 Is it a sandwich? Is it dessert? It’s both. The fluffernutter appeared in the early years of the 20th century, shortly after the invention of one of its two primary ingredients, marshmallow creme, in Massachusetts. The other main component, of course, is peanut butter, and it’s traditionally served on white bread. Other variations add bananas, Nutella, and/or bacon. The fluffernutter remains hugely popular in New England, and it’s even been proposed as Massachusetts’s official state sandwich. 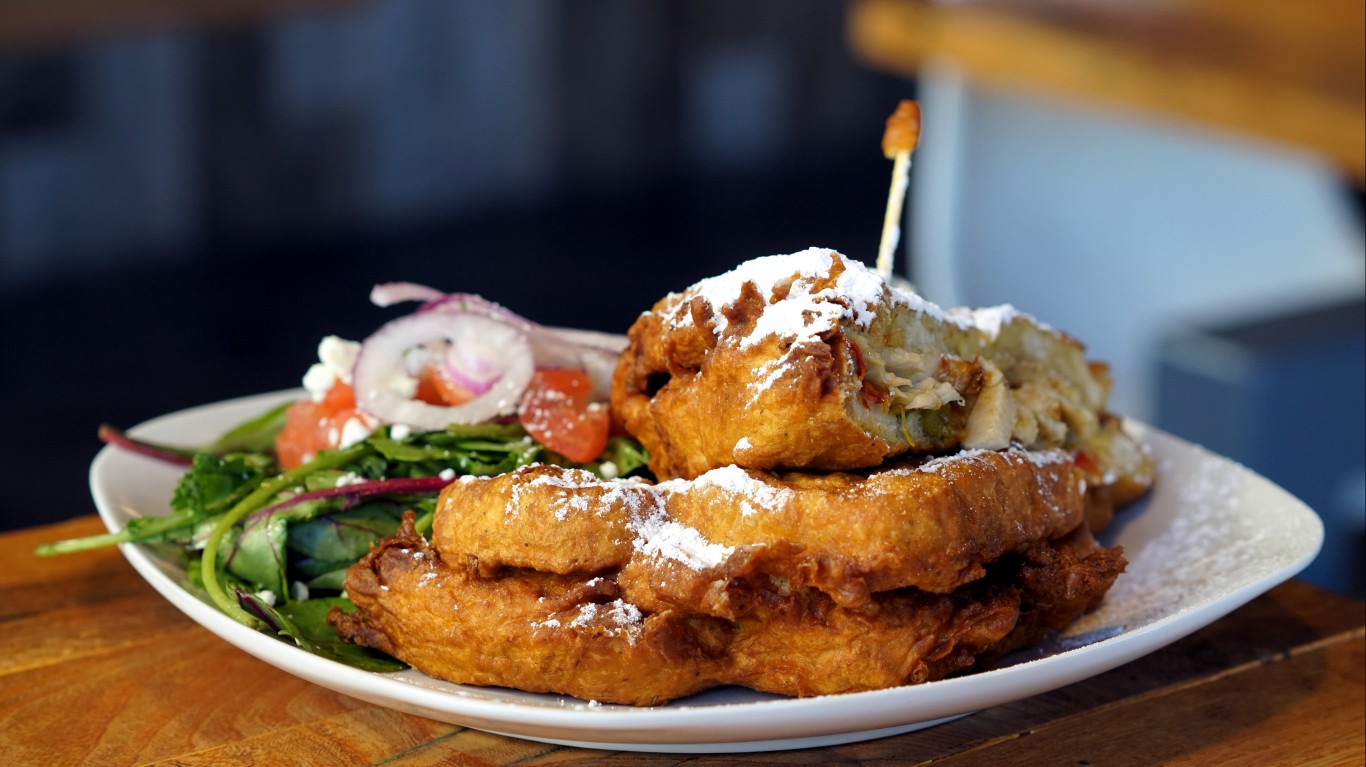 An American spin on the French croque monsieur, the Monte Cristo exploded onto the scene in the late 1960s, when it was added to the menu at the New Orleans-themed Blue Bayou restaurant at Disneyland in California. It starts out as a simple ham and cheese sandwich, but it takes a sharp turn from there: it’s battered and either pan-fried or deep-fried, and traditionally served topped with powdered sugar, with maple syrup or preserves on the side. It’s a sweet-savory combo that works extremely well, and it’s just decadent enough. 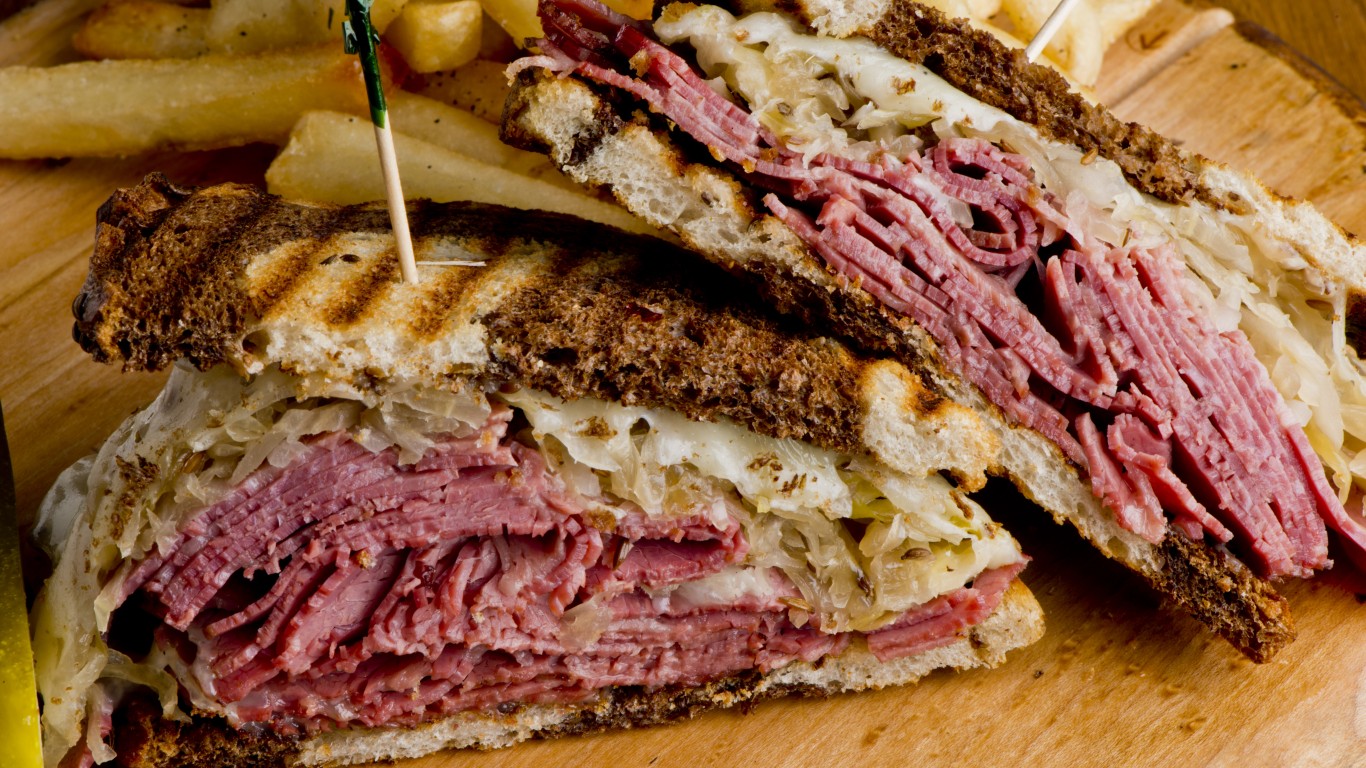 Legend has it that the Reuben sandwich was invented at Omaha’s Blackstone Hotel at some point in the ’20s or early ’30s, when a guest named Reuben Kulakofsky asked for a sandwich during his weekly poker game there. The end result — corned beef, melted Swiss cheese, sauerkraut, and Russian dressing on rye — became insanely popular when added to the Blackstone’s lunch menu, and its popularity took off from there. Today it’s a staple on Jewish deli menus (even though it’s not kosher because it combines meat and dairy), and variations sub in ingredients including pastrami, Thousand Island dressing, and coleslaw.

States With the Most Bars Per Person

The World’s 50 Best Wines This Year