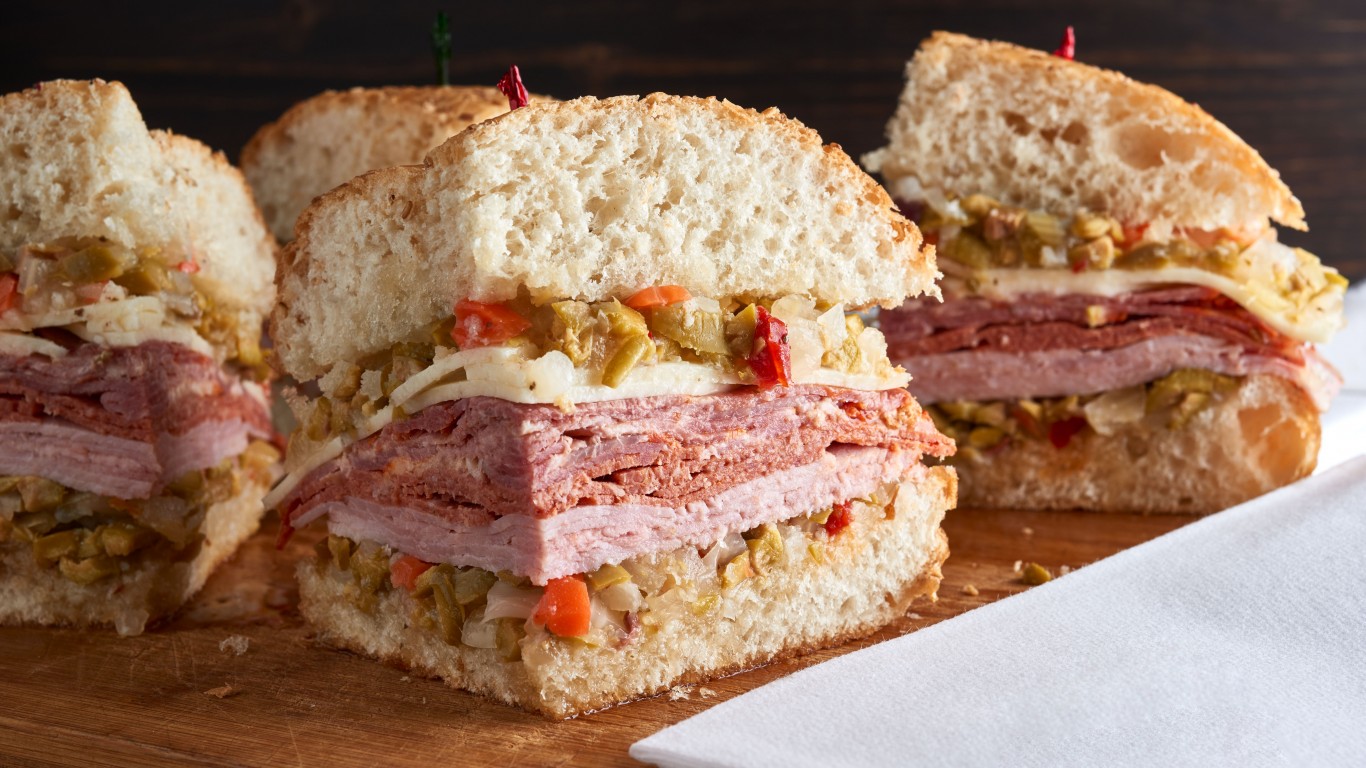 New Orleans’ other signature sandwich, the muffuletta is said to have been invented at Central Grocery by Sicilian immigrant Salvatore Lupo to feed the Italian immigrants working at the nearby French Market. Central Grocery still makes the definitive version, though plenty of other places around town put their own spin on it: it starts with a large round loaf of Sicilian sesame bread, and it’s layered with salami, ham, mortadella, provolone, Swiss, and a tangy salad made with chopped olives, pickled vegetables, garlic, and olive oil. There’s nothing else quite like it, and it’s a must-try for any New Orleans visitor. 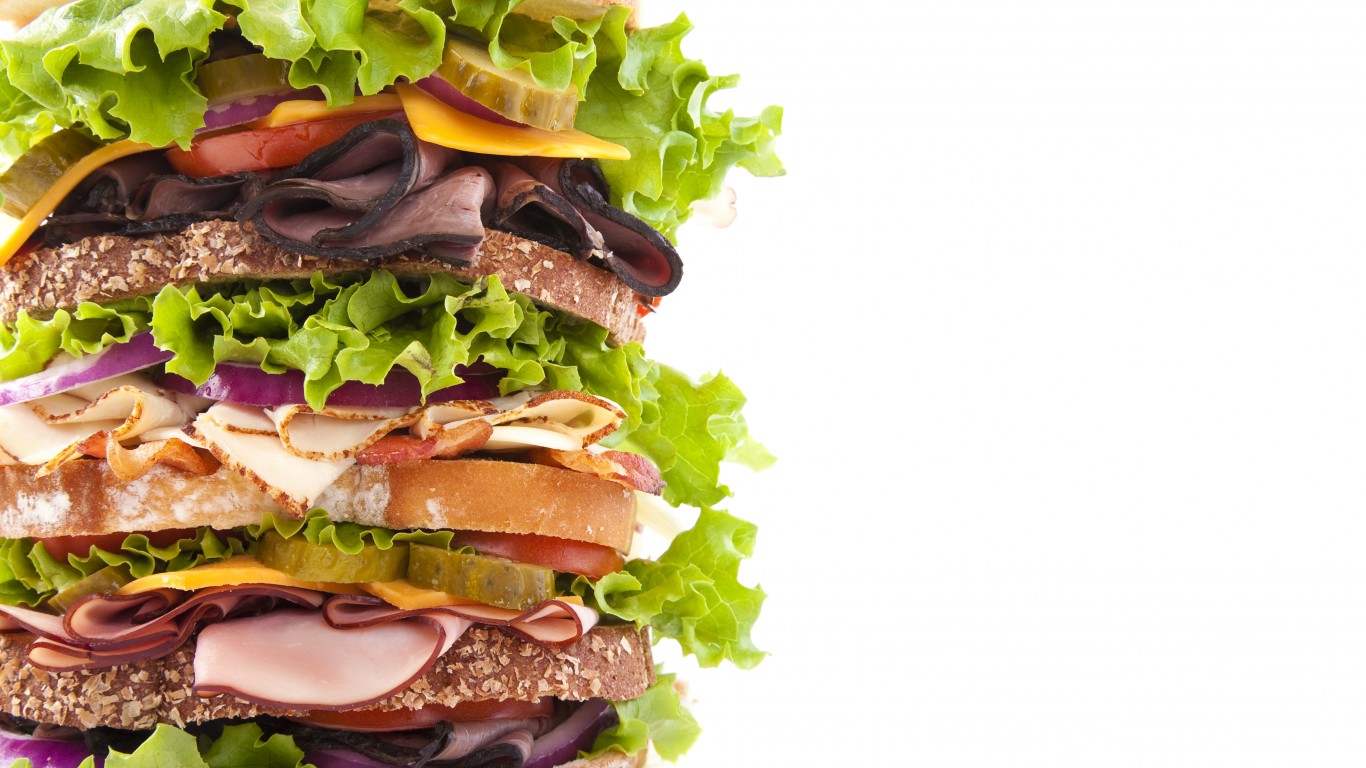 If you’ve spent any time reading the comic strip “Blondie,” then you’ve probably seen the strip’s bumbling (and food-crazed) protagonist, Dagwood Bumstead, concoct an overstuffed sandwich made with whatever he could scrounge up from the fridge. And that’s basically what a Dagwood sandwich is: a wide variety of cold cuts, cheeses, vegetables, and condiments, along with a couple extra slices of bread for good measure. The only rule? It has to be comically large.

ALSO READ: Signature Dishes From 50 Cities Every American Should Try 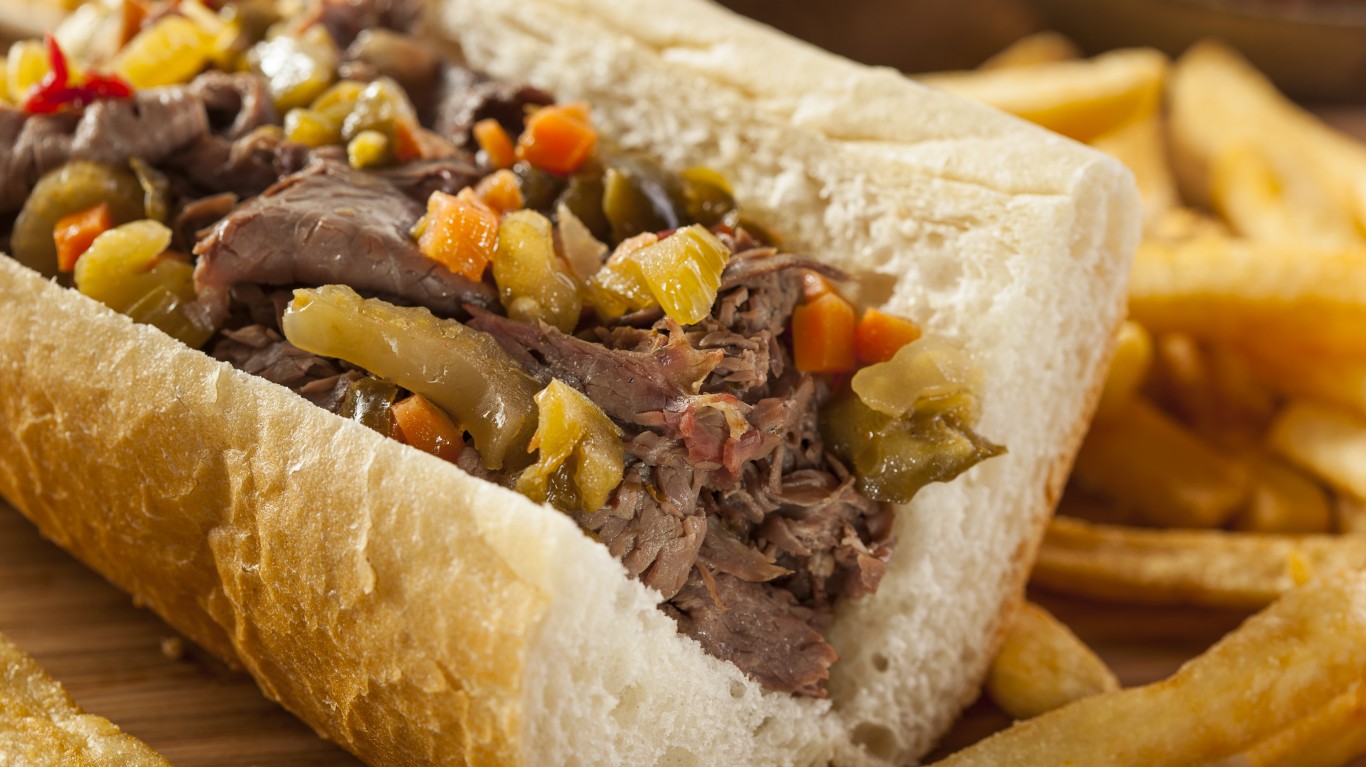 The Italian beef sandwich is a distinctly Chicagoland creation, and countless shops throughout the Windy City are serving this deliciously messy specialty. It starts with roast beef, which is sliced super-thin and simmered in au jus before being stuffed into a long French roll. The diner can customize it from here, but most opt to give the whole sandwich a dunk in the jus before topping it with giardiniera (a spicy, tangy relish made with chopped pickled vegetables) or sautéed Italian sweet peppers, and scarfing it down while hunched over a counter. 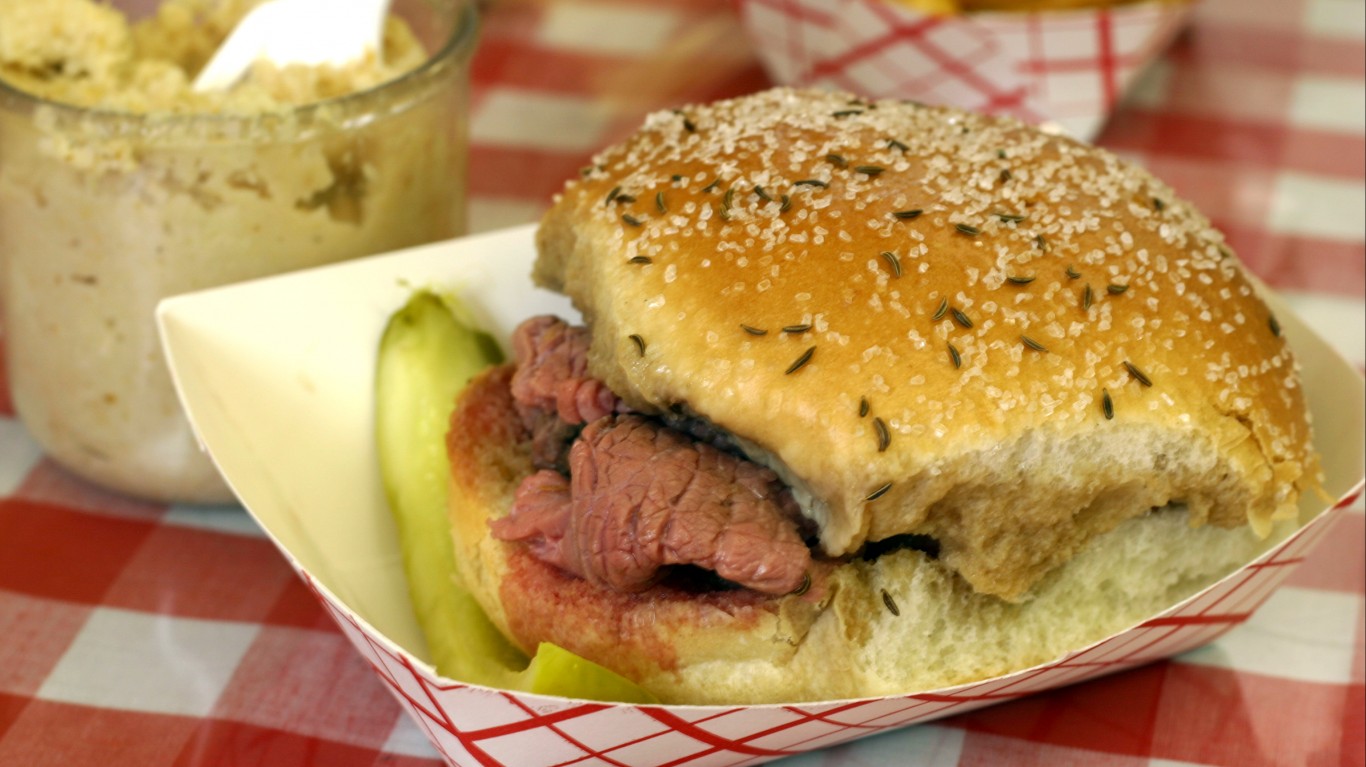 What the Italian beef is to Chicago, beef on weck is to Buffalo. It also starts with thinly-sliced roast beef, which is piled into a special type of round roll called a kummelweck roll; it’s soft and fluffy, and topped with kosher salt and caraway seeds. The top of the bun is traditionally dipped in jus, and the roast beef is topped with horseradish. If you’re a roast beef lover and happen to find yourself in Buffalo, skip the wings and head for the nearest beef on weck. 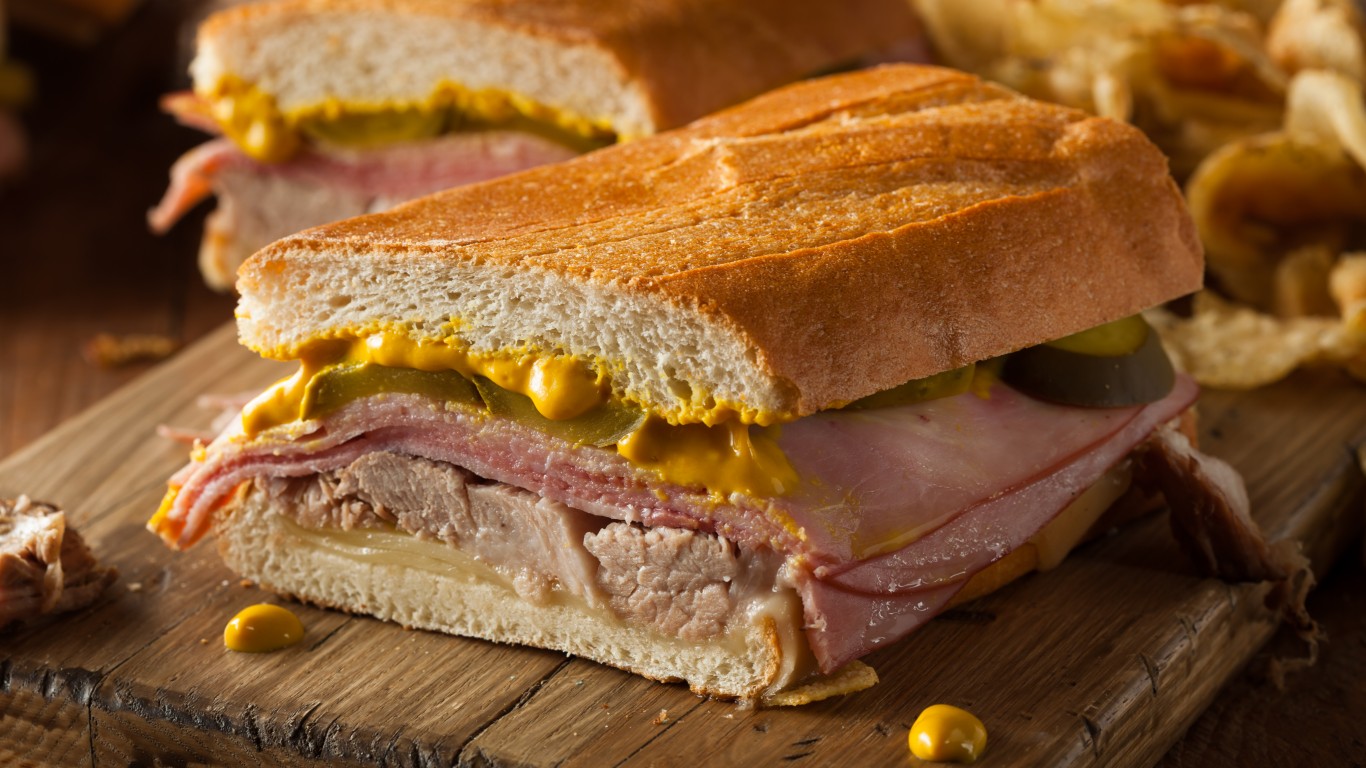 Whether it was invented in Cuba or Florida is up for debate, but there’s no debating that the Cuban sandwich is one of the most delicious foods on earth. To make this meaty masterpiece, ham, roast pork, Swiss cheese, pickles, and mustard are layered onto Cuban bread and then pressed until crisp on the outside and hot and melty on the inside. It’s hugely popular in Miami, but if you order a Cuban in Tampa you’ll find that they put their own spin on it: they add salami.