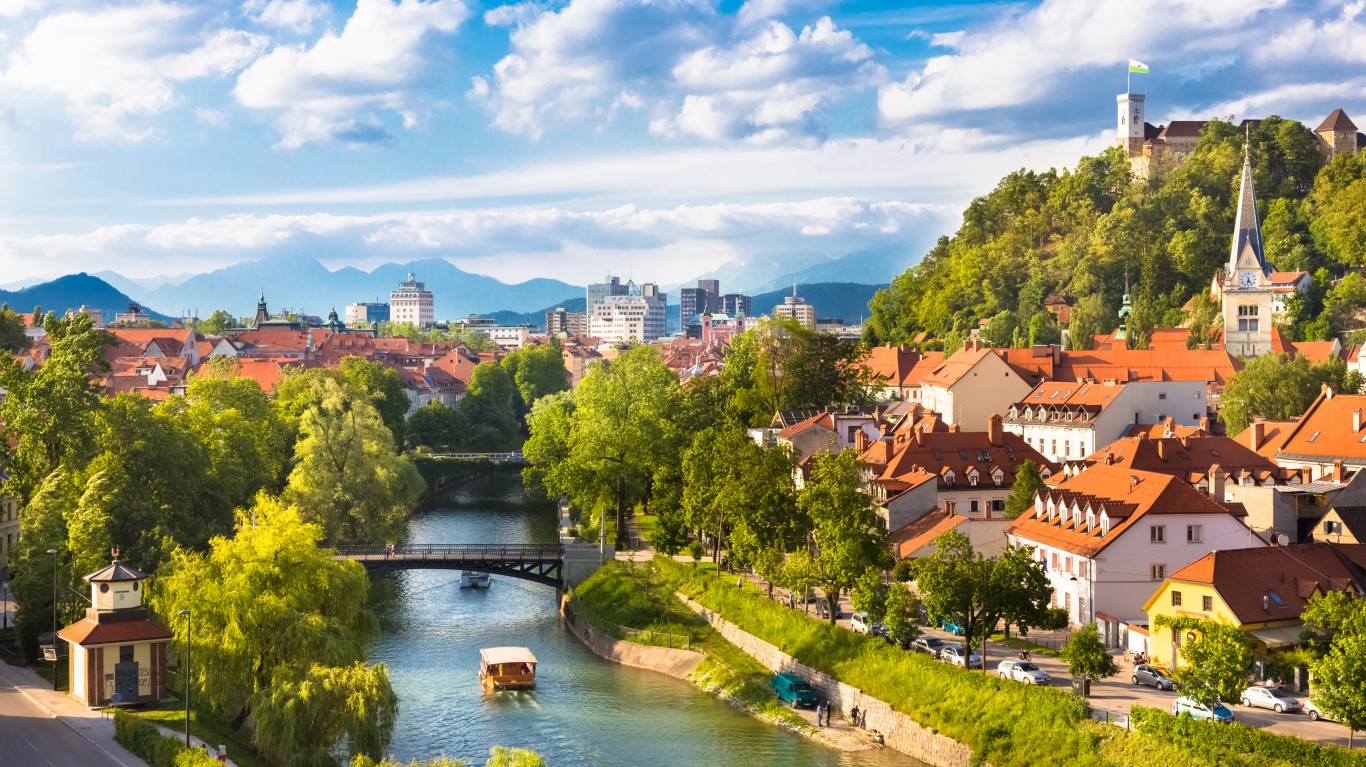 Slovenia, once part of Yugoslavia, said in mid-March that it plans to talk with Qatar about importing more oil from that nation to reduce its reliance on oil imports from Russia. On March 15, the Balkan country introduced a 30-day cap on retail prices of petroleum and diesel fuel to slow price increases because of disruptions in the petroleum products market and large fluctuations in non-seasonal prices. 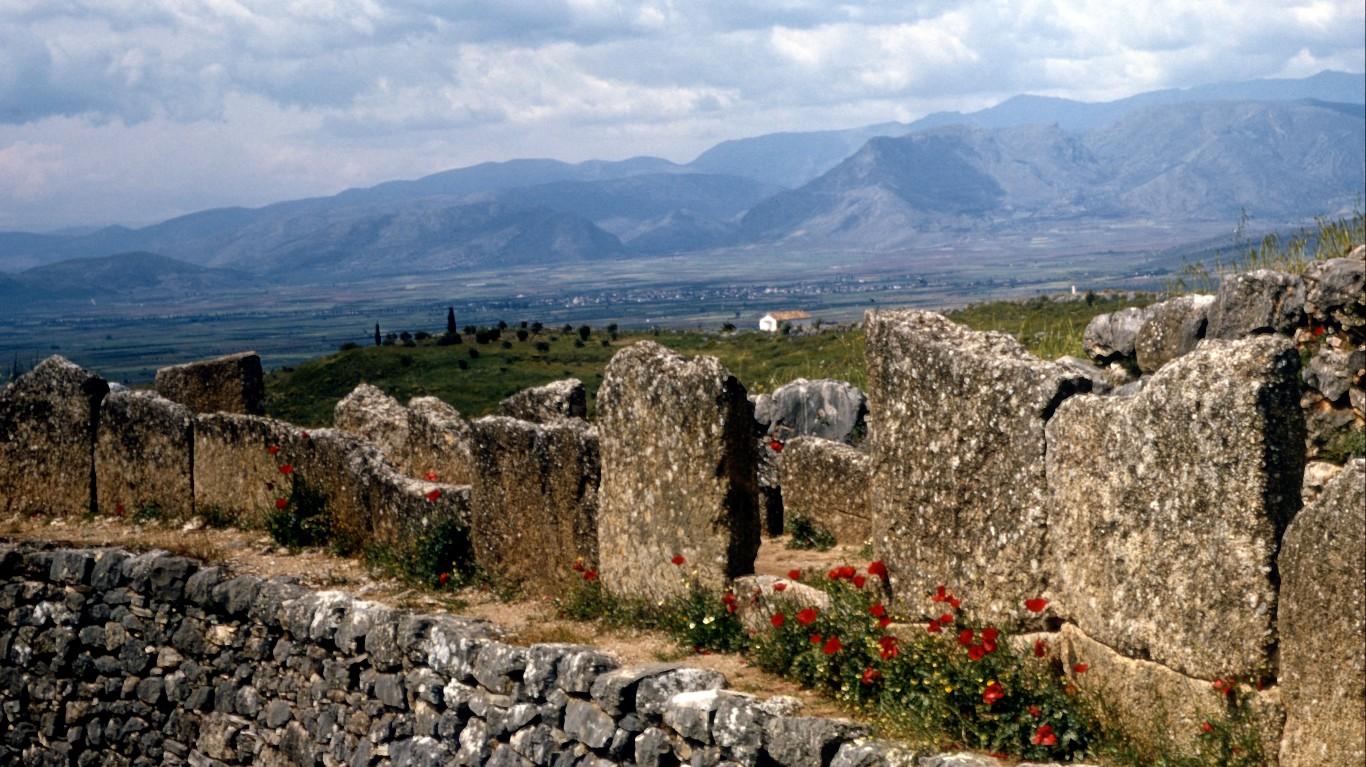 According to a March 25 Reuters report, Greece may be able to indefinitely avoid gas supply problems, even if Russia halts the flow of gas. On March 31, Russian President Vladimir Putin said he had signed a decree requiring foreign buyers to pay for Russian gas in rubles, beginning on April 1. Contracts would be stopped if the payments were not made. Under its contingency plan, Greece, which uses gasoline mostly for power generation, would get additional amounts of liquefied gas and shift to gas-fired electricity plants.

24/7 Wall St.
A Look at the Recent Military History of Every Former Soviet Republic 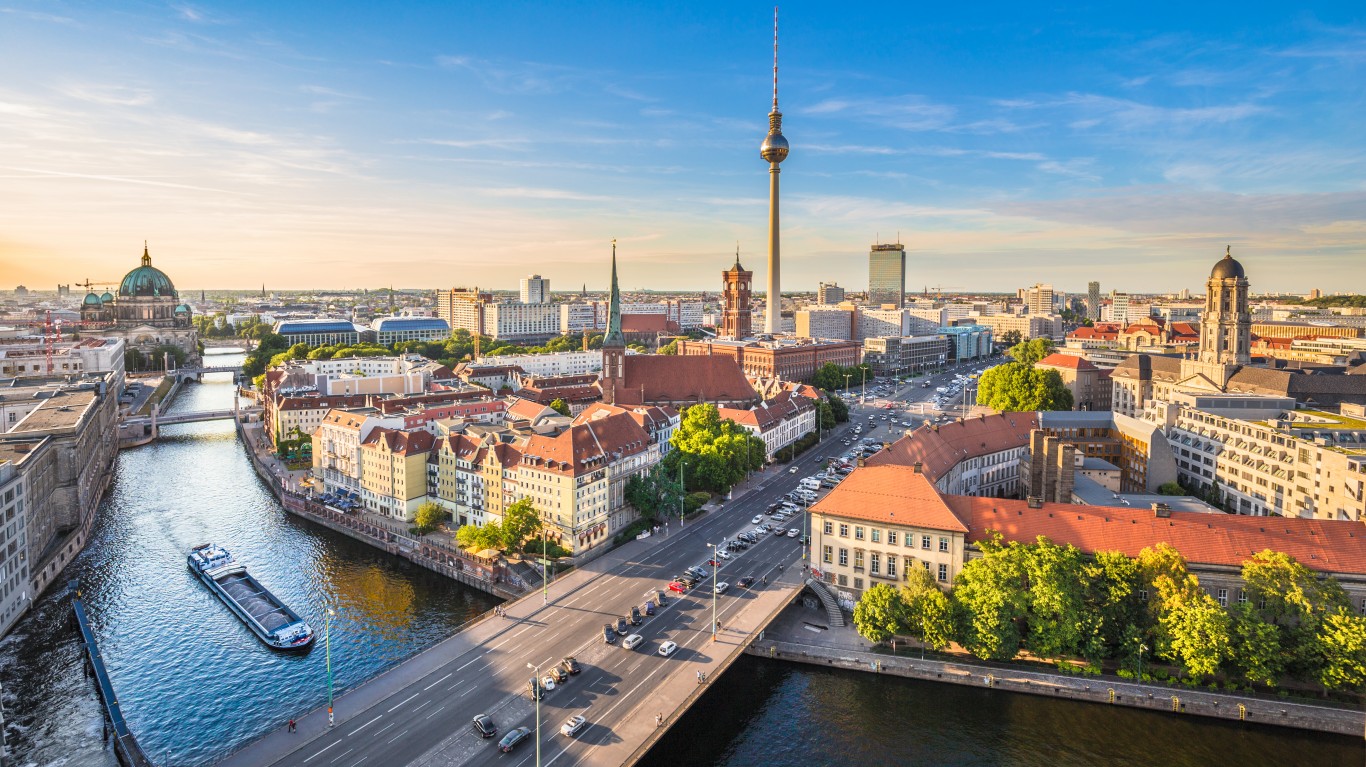 Germany, one of Europe’s biggest importers of Russian oil, plans to stop almost all Russian oil imports this year and end gas imports from Russia by the middle of 2024, according to announcements from late March. Chancellor Olaf Scholz pledged that his country will become independent from Russian energy “as soon as possible.” In February, Germany halted certification for the Nord Stream natural gas pipeline connecting Russia and Germany. 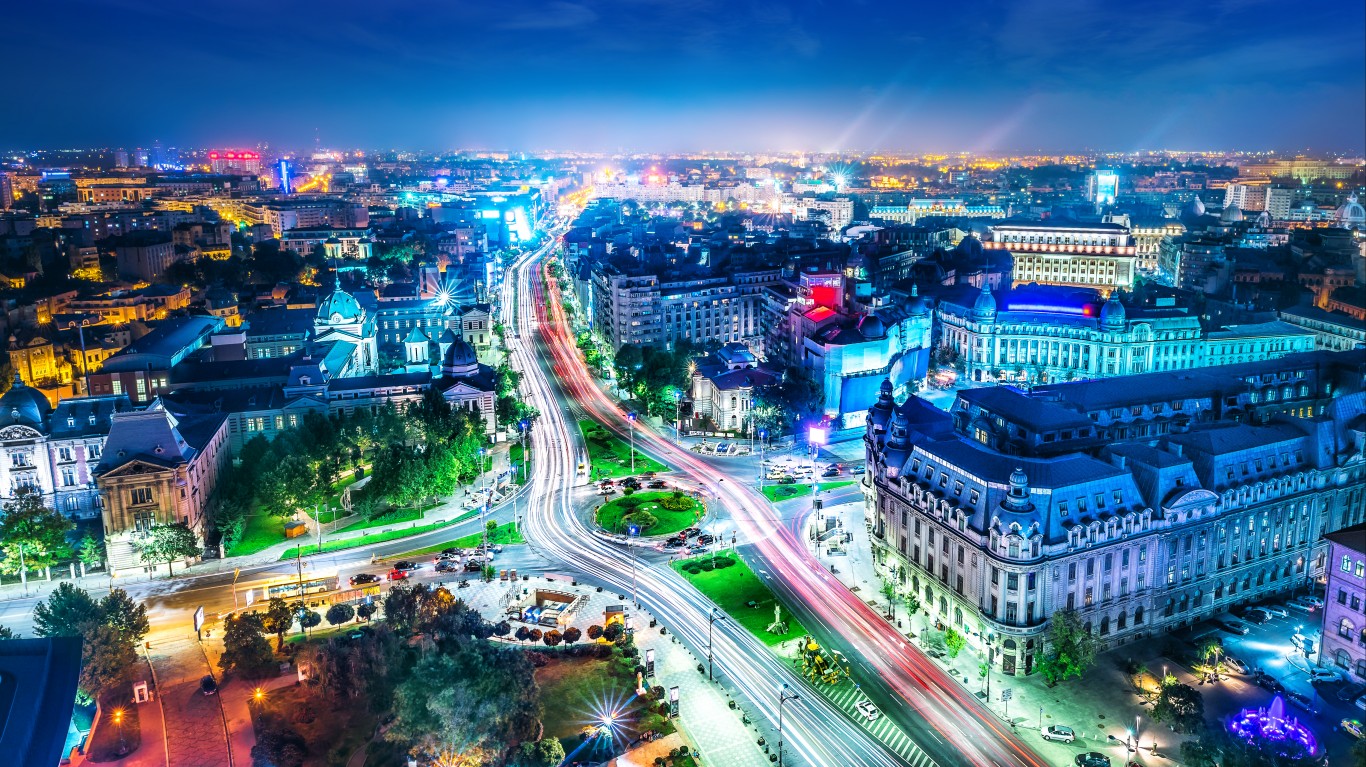 Romania is one of the largest oil producers in Central and Eastern Europe, consuming 30% of the oil it produces, but it still imports oil from Russia. About 99% of its oil imports are from Russia. Because of high gas prices already in December, the nation’s biggest natural gas consumer – a fertilizer producer – suspended operations during the winter. The company will now resume operations though the volume will now depend on the availability of nat gas. 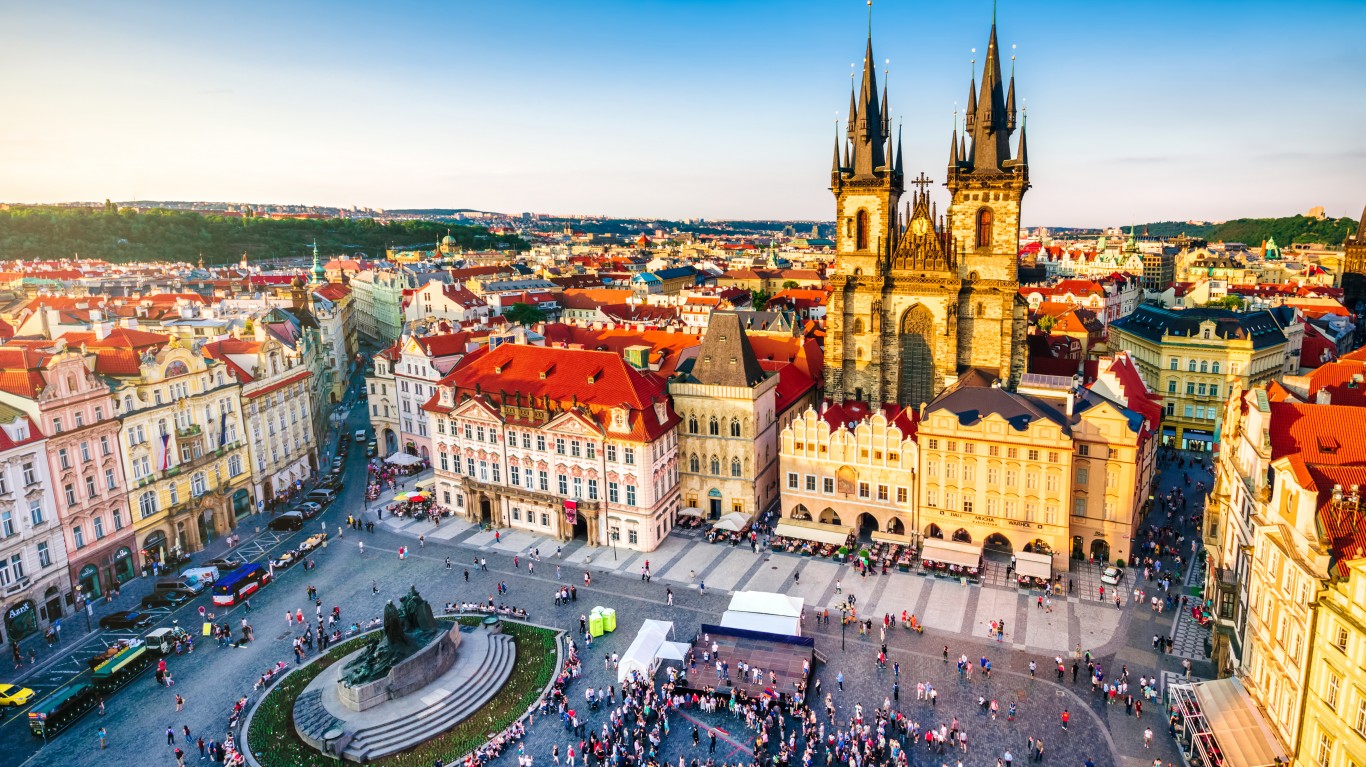 Central and southern European countries are among the most vulnerable to any cutoff in energy exports from Russia, and this includes Czechia. Czech petrochemical group Orlen Unipetrol confirmed on March 11 that it has sufficient oil reserves, and its fuel production is adequate to cover the current demand and can handle a possible stop of oil supplies from Russia. At the EU summit, Czech Prime Minister Petr Fiala has said he backs efforts to get the EU off Russian gas.