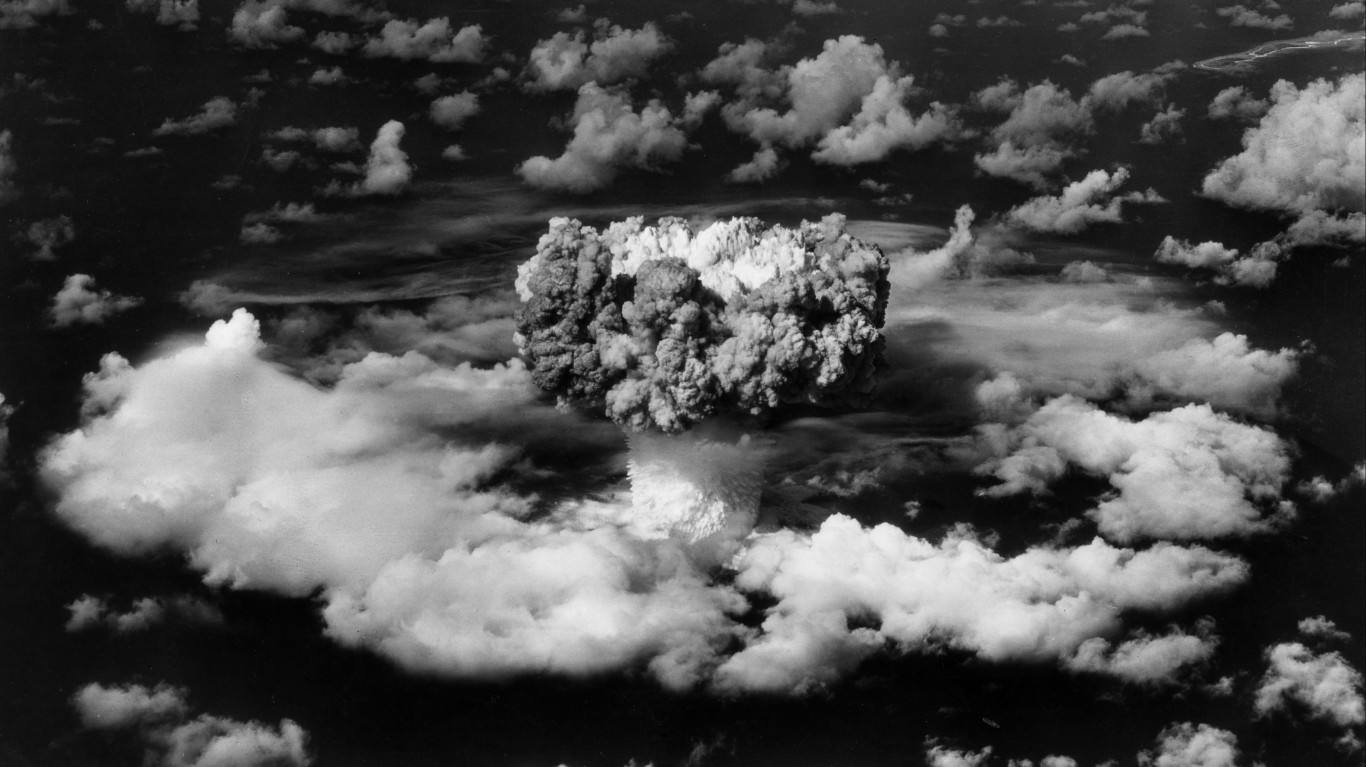 When any nuclear weapon explodes, there is an intense burst of nuclear radiation, mostly gamma rays and neutrons. This direct radiation is produced in the weapon’s nuclear reactions themselves and lasts less than a second. Lethal direct radiation can extend nearly 1 mile from a 10-kiloton explosion. 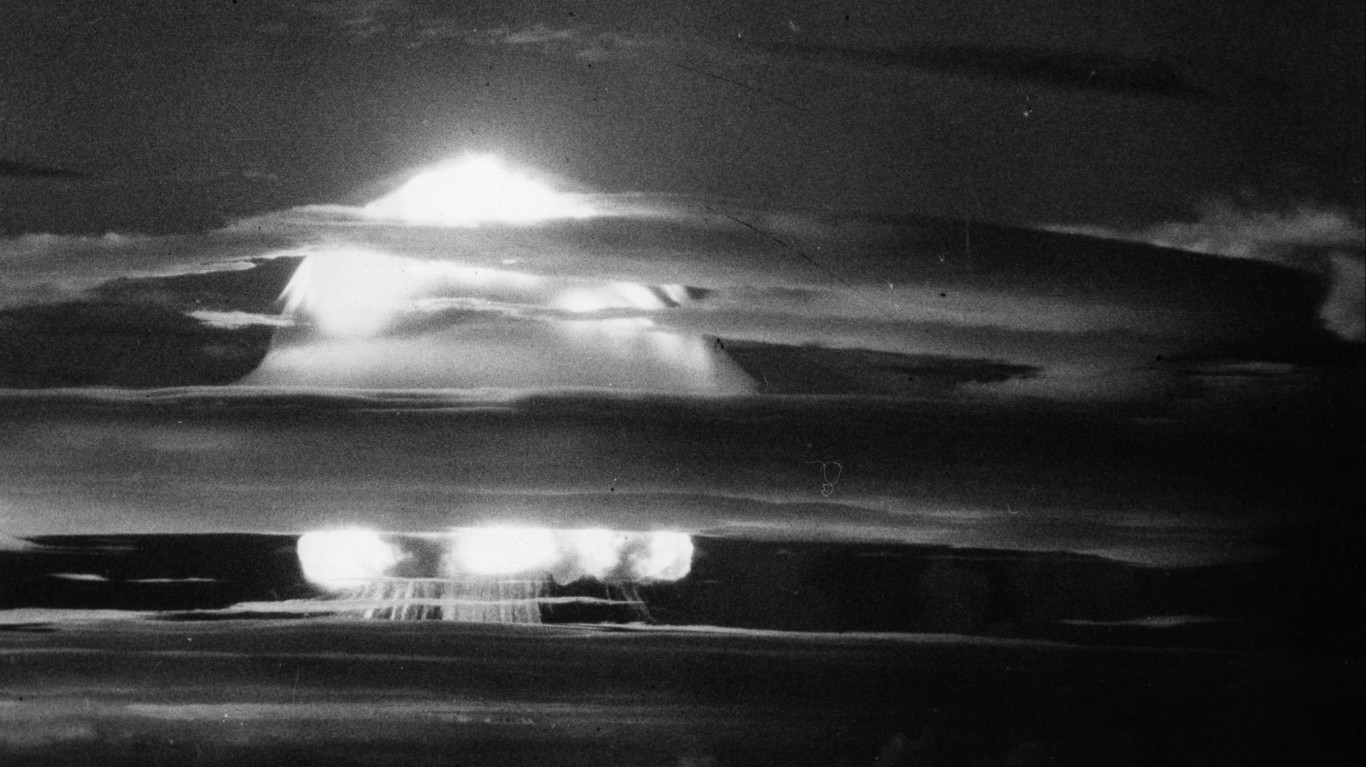 After detonation, a fireball of superheated air forms and grows rapidly. Ten seconds after a 1-megaton blast, the fireball is 1 mile in diameter. The early stages of a 1-megaton fireball are many times brighter than the Sun.

24/7 Wall St.
The 8 Countries With The Largest Nuclear Arsenals 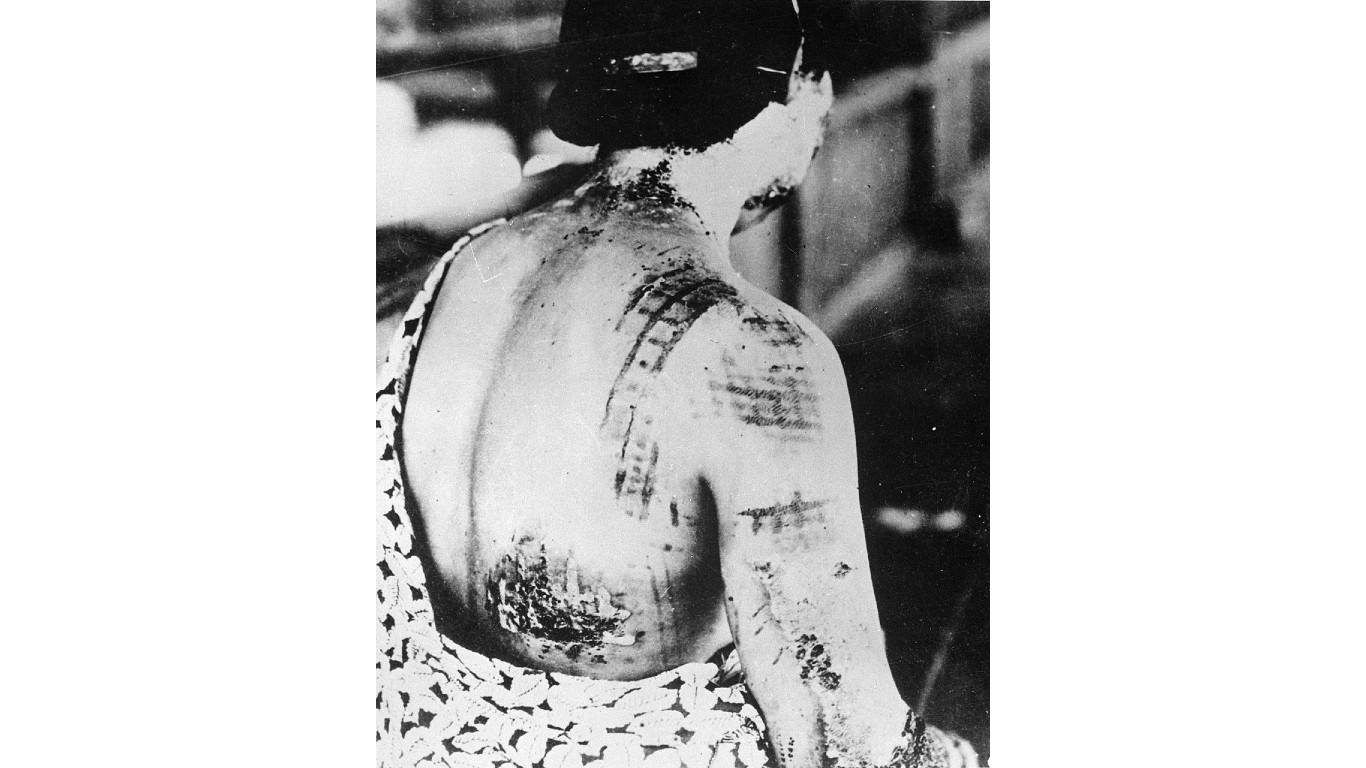 The intense heat can ignite fires and cause severe burns on exposed flesh as far as 20 miles away from a large thermonuclear explosion. 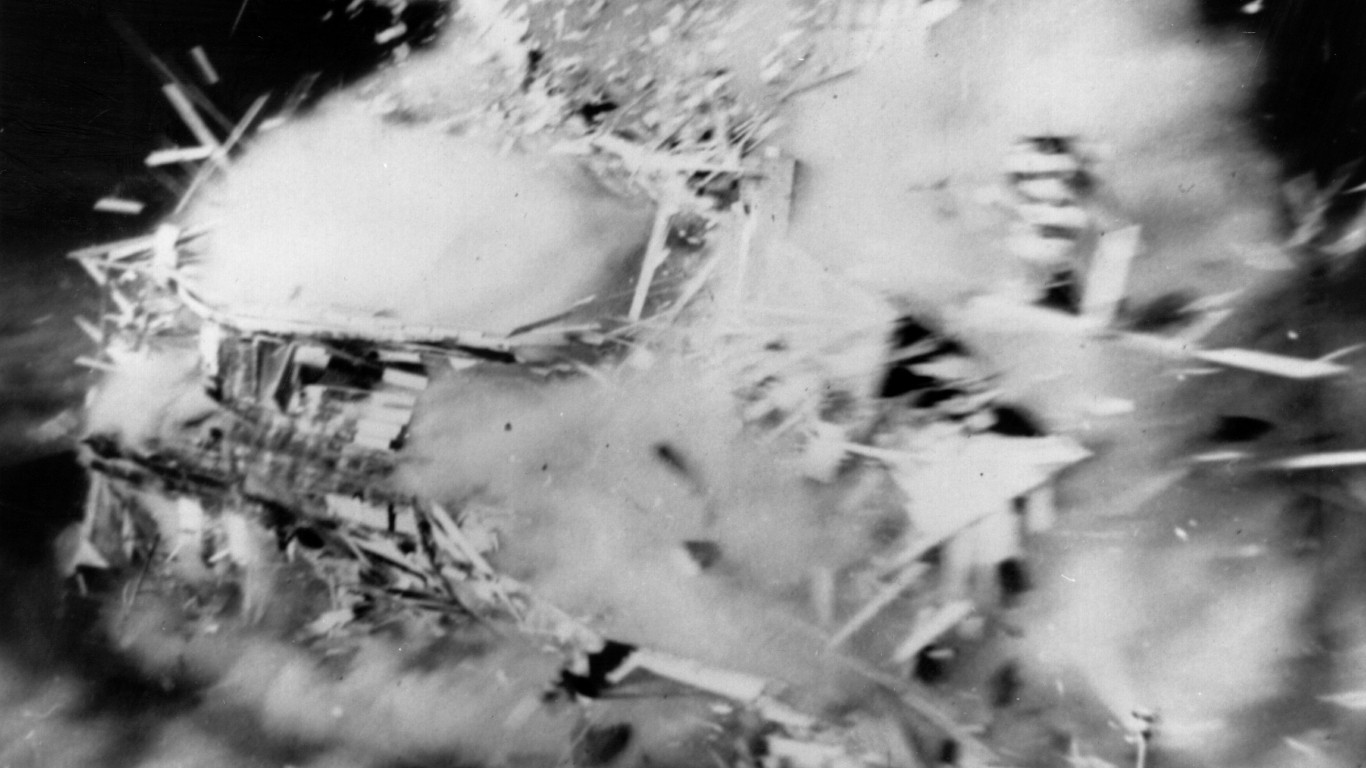 As the fireball expands into the air it creates a blast wave consisting of a sudden jump in air pressure. The wave extends outward at thousands of miles per hour at first then slows as it spreads. It carries about half the bomb’s explosive energy and is responsible for most of the physical destruction. 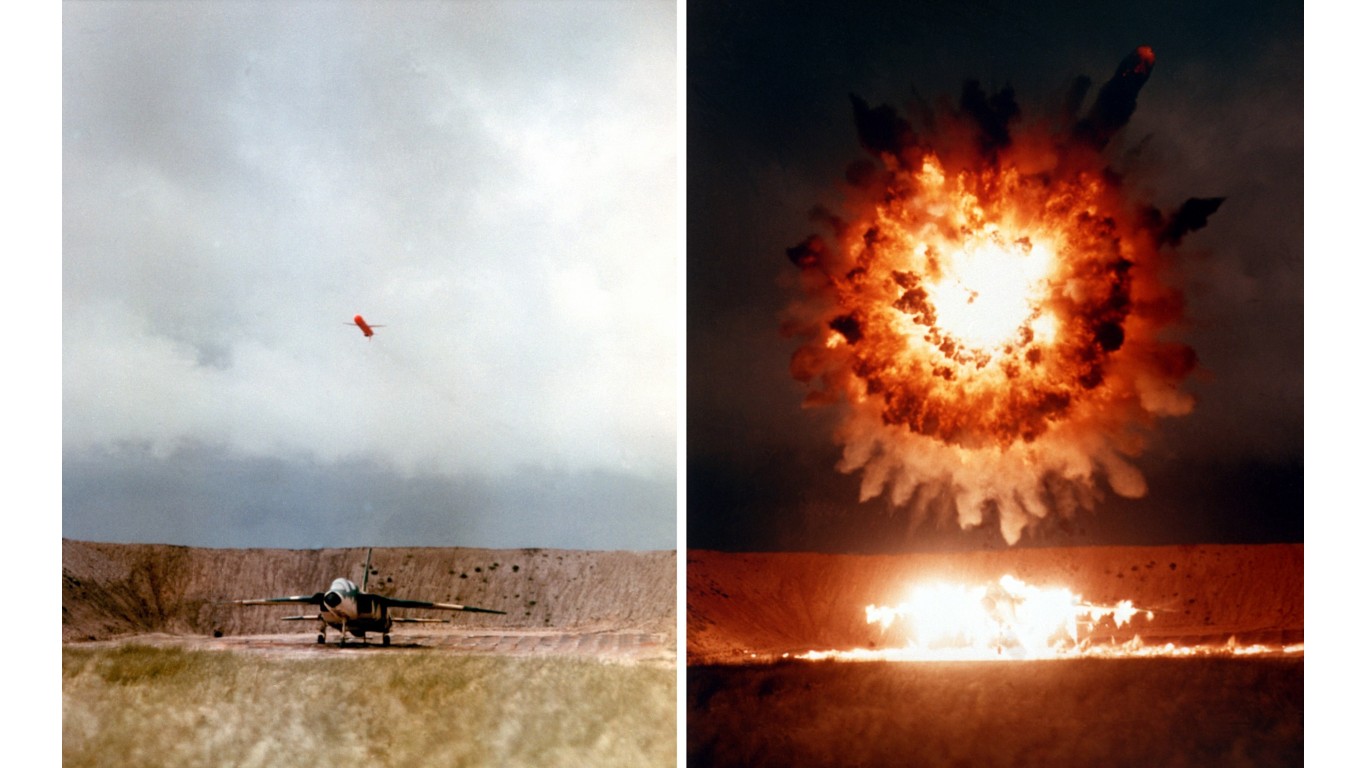 The most widespread damage to structures occurs in an air burst, a detonation thousands of feet above the target. The blast wave from an air burst reflects off the ground, which enhances its destructive power. Attacks on cities would probably use air bursts.