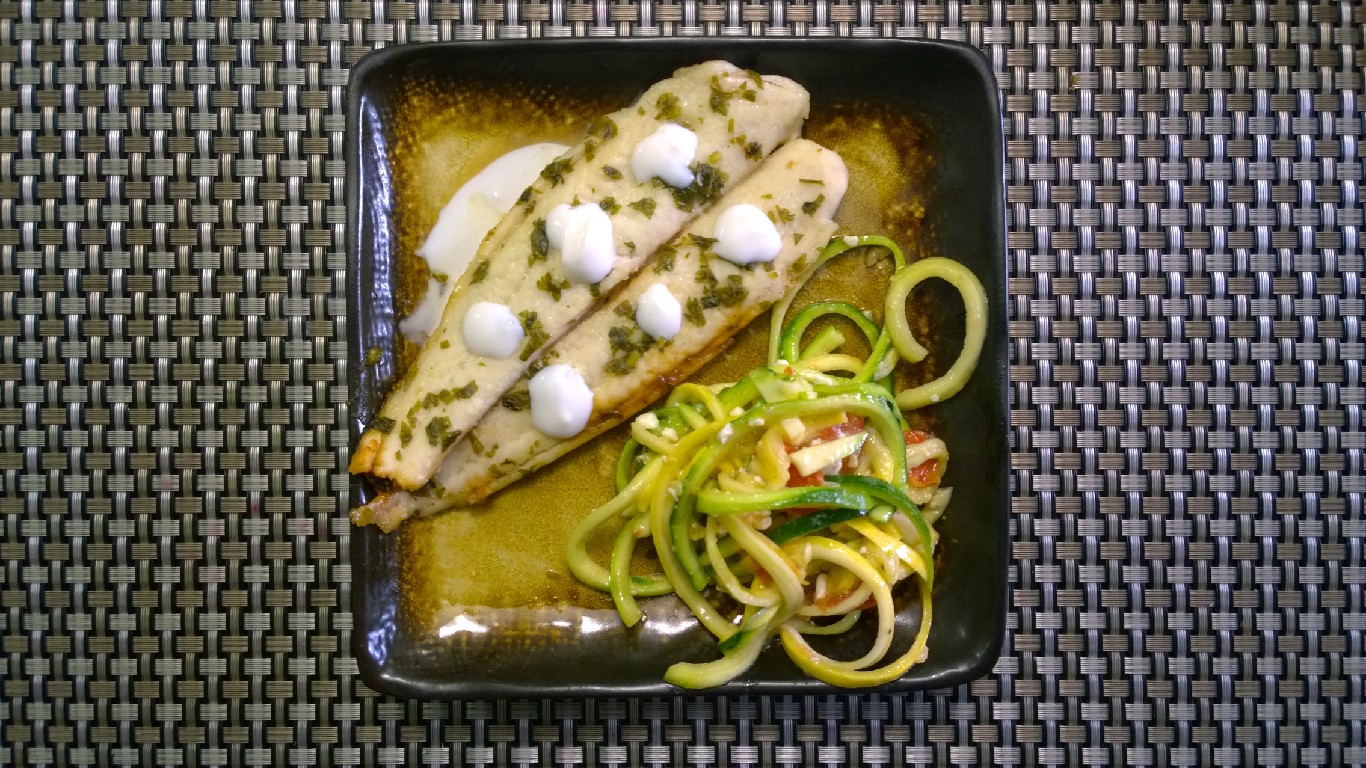 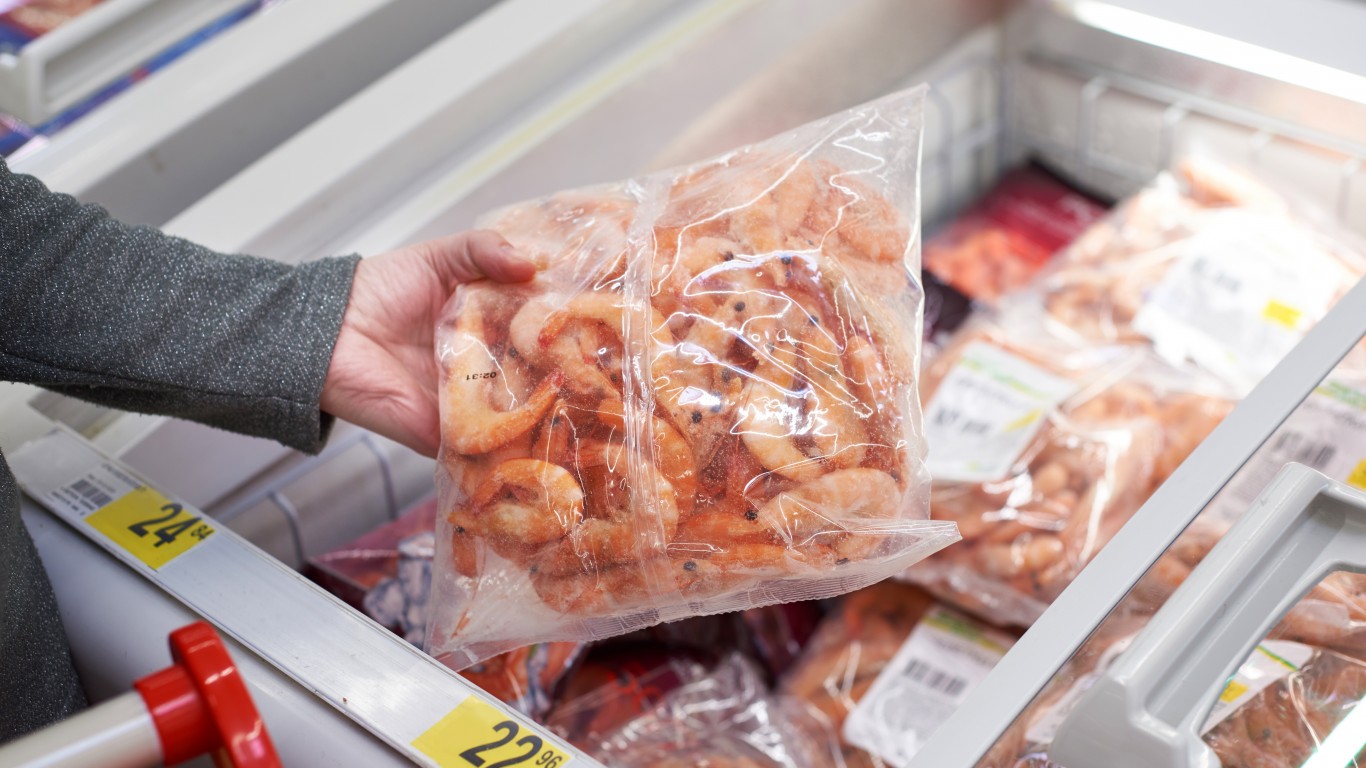 About 90% of the shrimp Americans eat is imported, and most imported shrimp comes from farms in Southeast Asia and Central America. Asian shrimp farms have in many cases replaced environmentally important mangroves. From a health perspective, much imported shrimp contain antibiotics that are not approved in the U.S., as well as 4-hexylresorcinol, considered hazardous by OSHA.

ALSO READ: 29 Healthy Eating Habits That Will Change Your Life 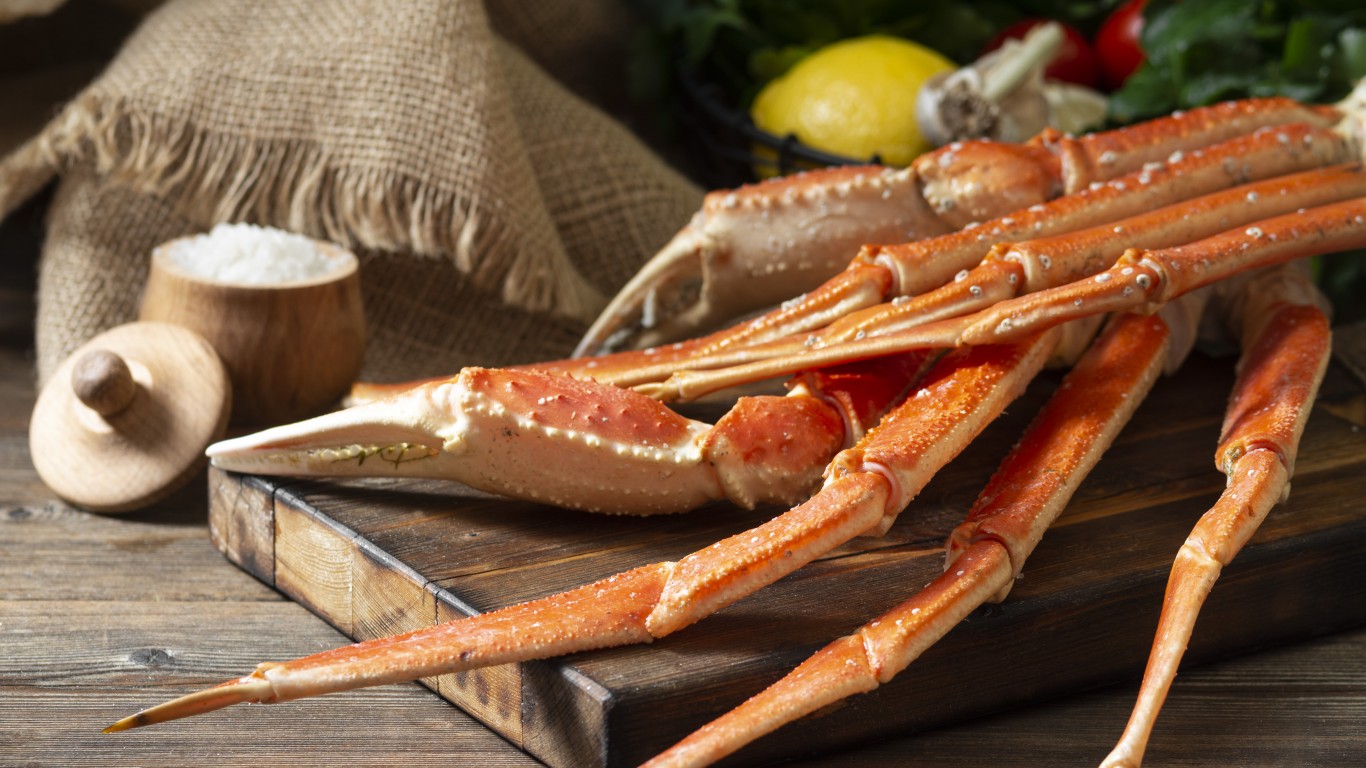 About half the king crab consumed in the U.S is from Russia’s Berent Sea. Russian fisheries are thought to be poorly managed from an environmental point of view, and, because the king crab is an invasive species in Russian waters, it is having a negative impact on the ecology. 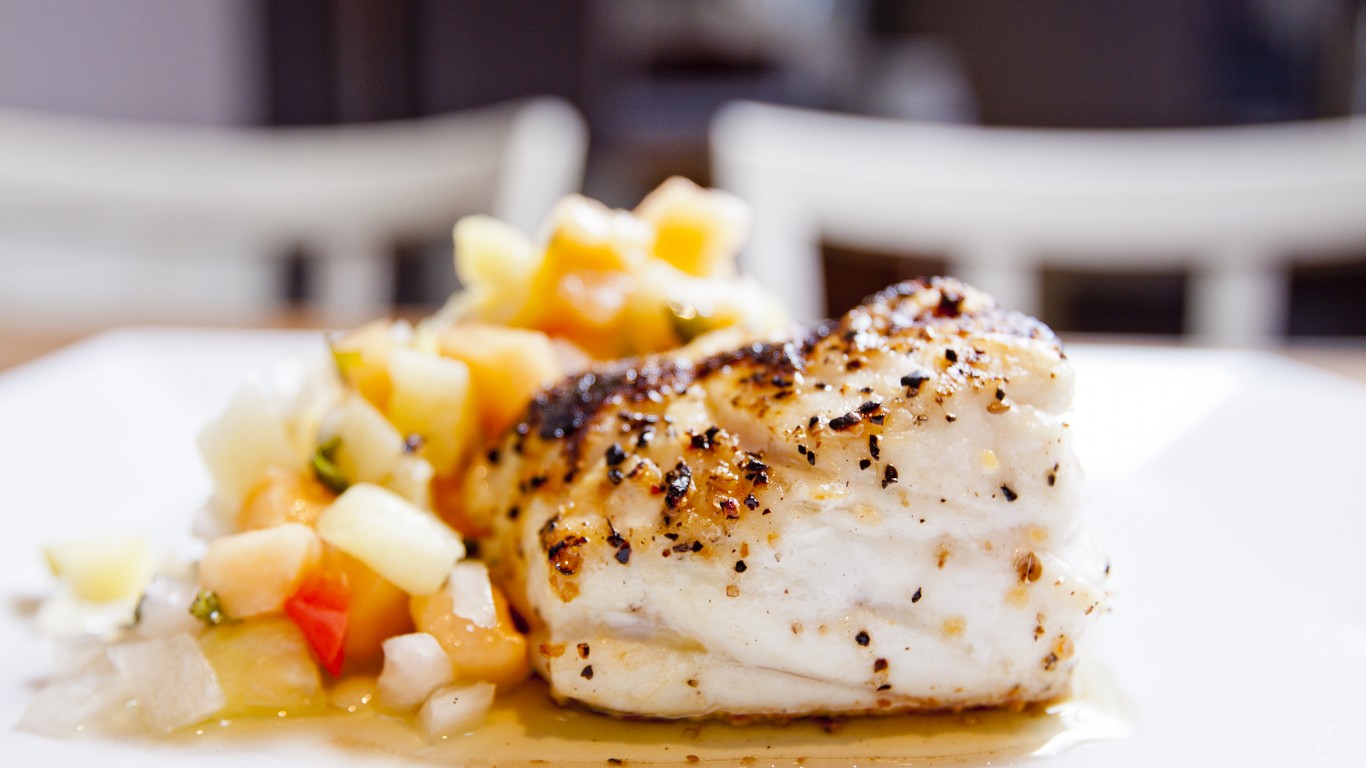 There are more than 85 grouper species worldwide. Slow to reproduce, most are threatened by overfishing. (U.S. grouper fisheries typically set catch limits that are higher than those recommended.) They have also been subject to consumption warnings because of their mercury levels. 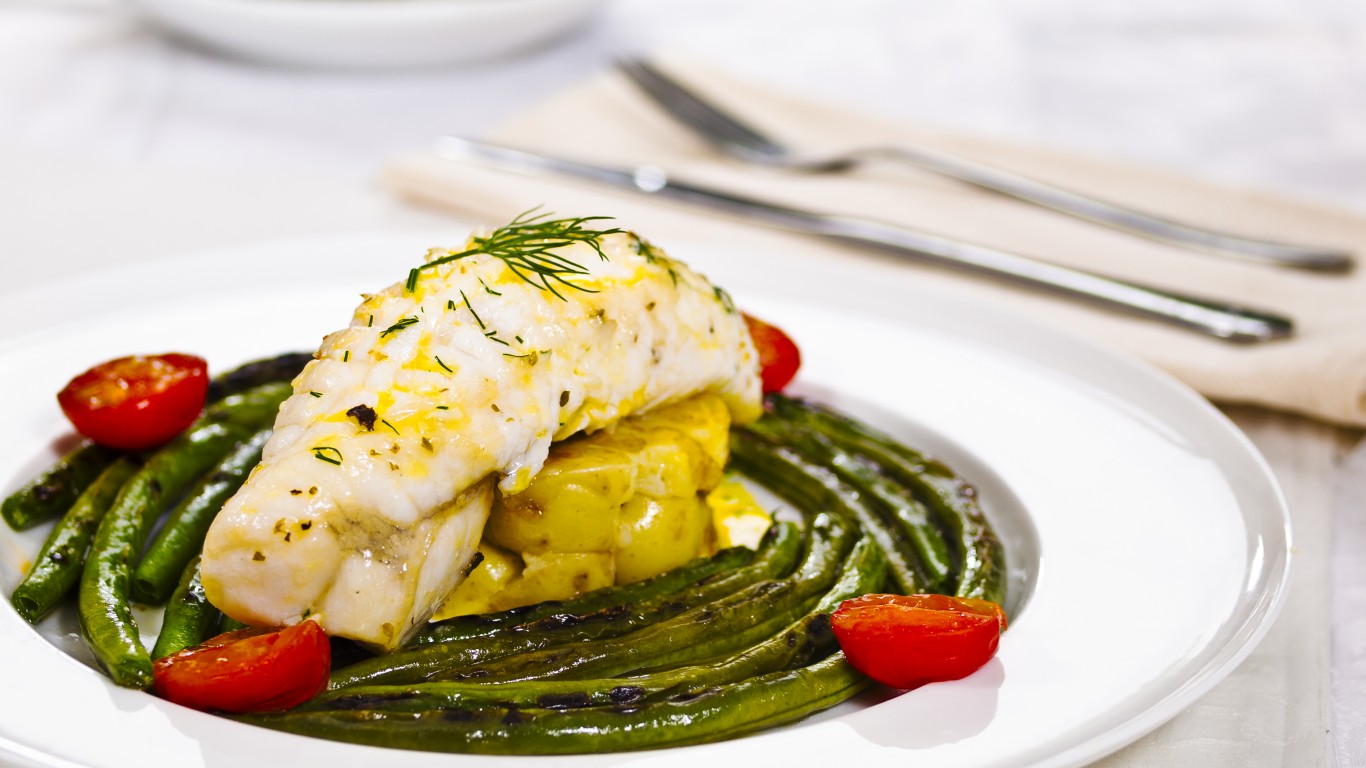 Light in color and sometimes said to resemble lobster in flavor and texture, this popular fish is recovering from depletion, but the trawling and dredging methods used for the catch is destructive to marine habitat.

States With the Most (and Fewest) Fast Food Restaurants Per Person

The 18 Most Popular Diets in America