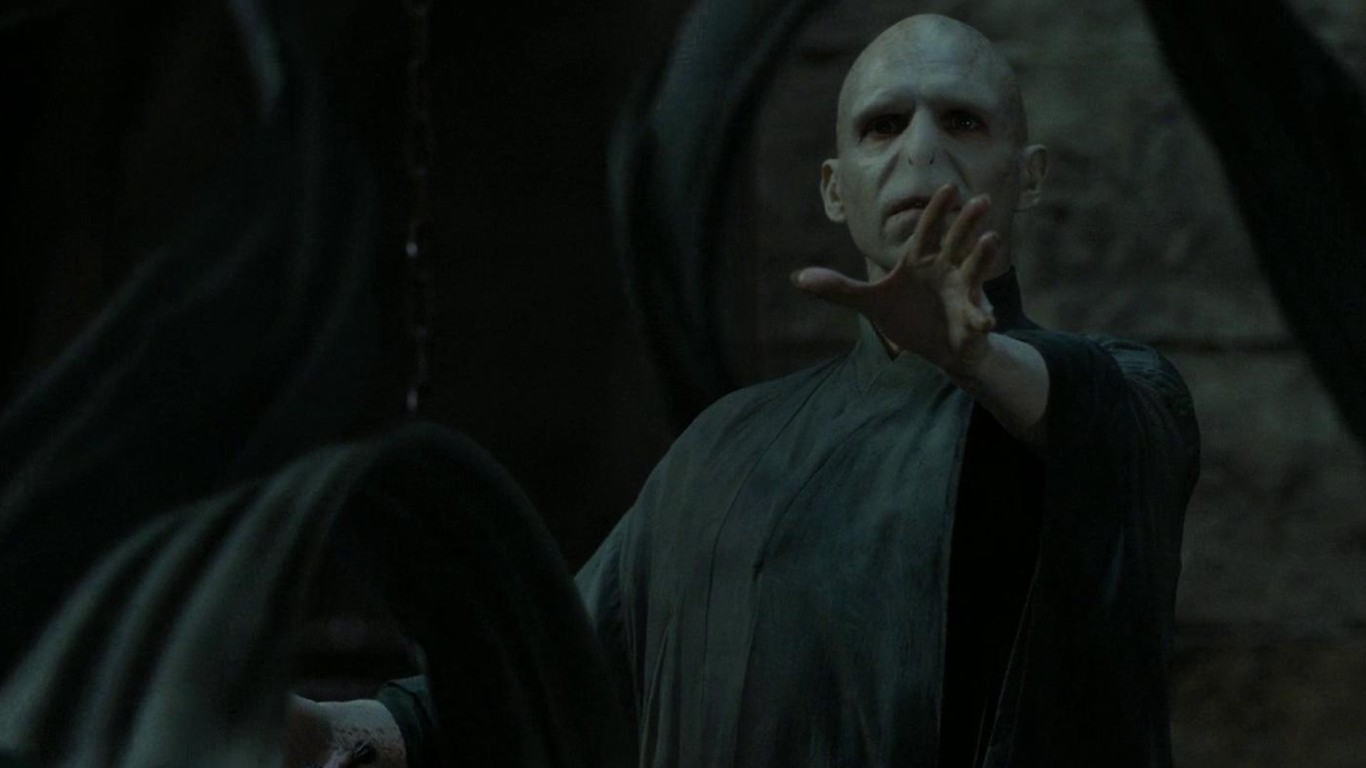 The darkest of dark wizards, Lord Voldermort is so evil that people don’t dare utter his name. Ralph Fiennes nearly turned down the role until his sister and her kids convinced him to accept it. Both the book and film series build toward the character’s final showdown against Harry Potter.