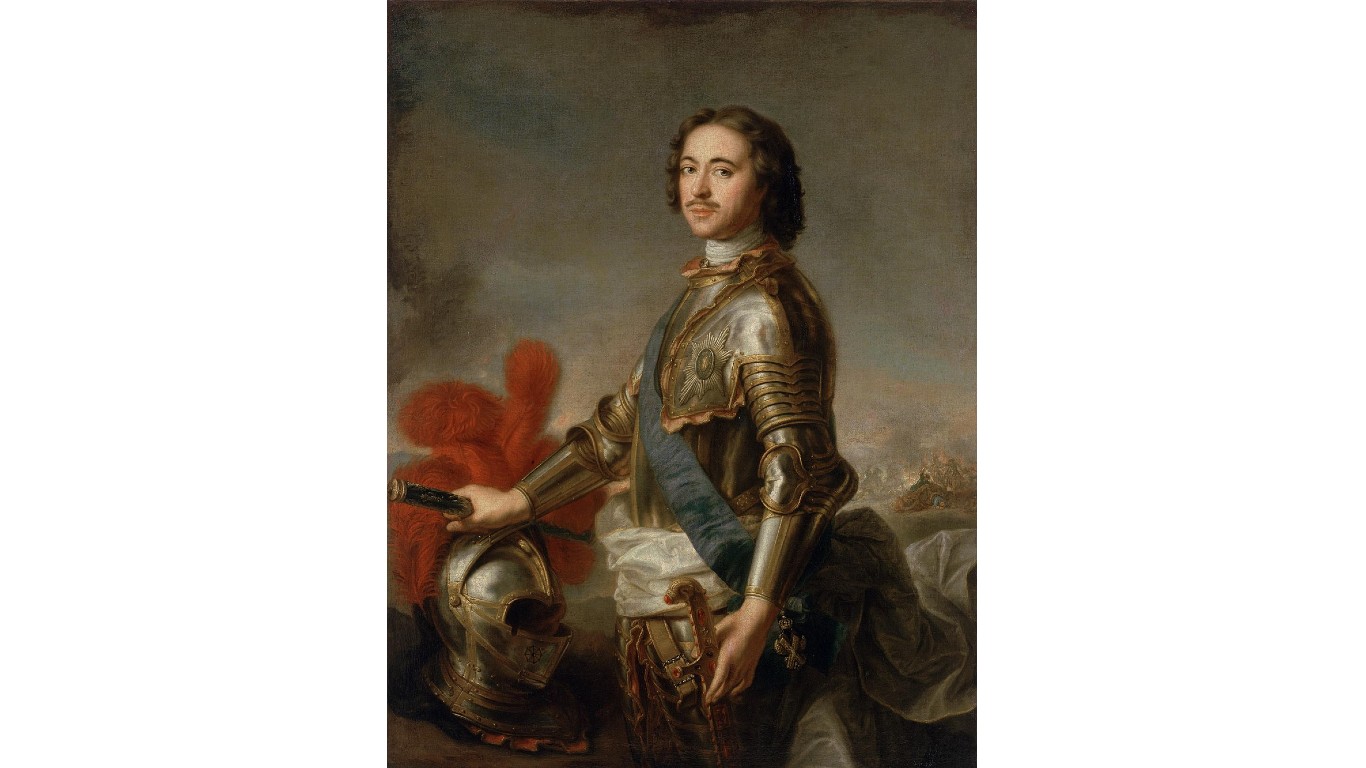 Born in 1672 in Moscow, Peter I (Pyotr Alekseyevich in Russian) also known as Peter the Great, was the offspring of Tsar Alexis and his second wife, Natalay Kirillovna Naryshkina. In 1689, Peter won a fierce power battle with his half sister, Sofia, and took the throne. With an education that spanned both Russian and European history, Peter the Great is noted today for his military prowess and his integration of Russia into the modern European world.He preferred the title of Emperor, which he considered more European than Tsar. This led to some odd royal titles in the subsequent years. Male sovereigns continued to be called Tsar and their consorts, Tsarina or Tsaritsa, while female sovereigns took the title of Empress or its Russian form, Imperatritsa. 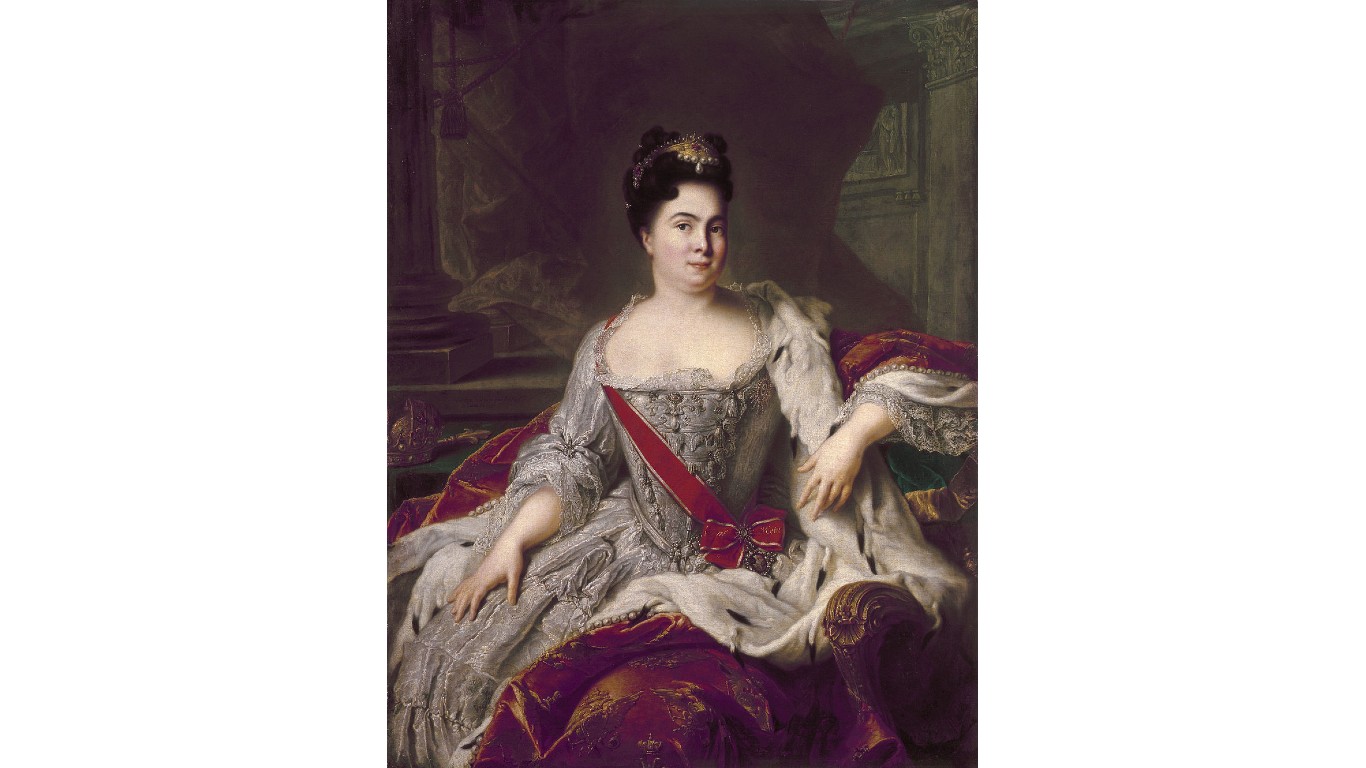 Catherine I, or Catherine the Great, was Peter the Great’s lover and later wife. Born Marta Skowronska, she later took the name Yekaterina (Catherine) Alekseyevna. Orphaned at age three, Catherine was raised by a Lutheran minister in what is now Latvia. When the Russians invaded Latvia in 1702, she was taken prisoner and subsequently met Peter I, whom she eventually married. The couple had 11 children, most of whom died in childhood. When Peter died in 1725 without naming an heir, Catherine assumed power. She had the support of several powerful individuals, who elevated her to the Empress of Russia. Not well educated, Catherine eschewed politics and let many of Peter’s domestic reforms slide.

24/7 Wall St.
The Most Ruthless Leaders of All Time 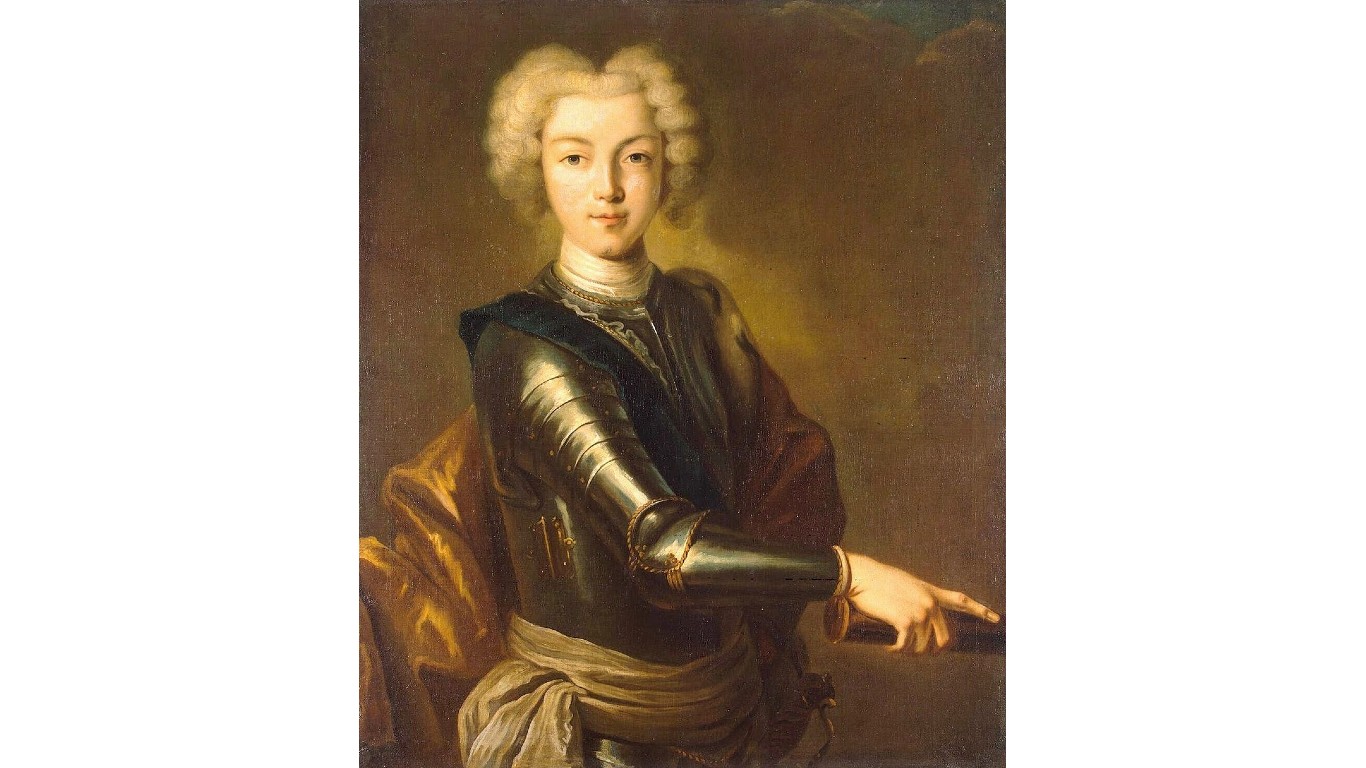 Before her death in 1727, Catherine appointed Peter’s grandson, Pyotr Alekseyevich, as her heir. Crowned at age 11, Peter II was placed under the tutelage of Aleksandr Menshikov, a close advisor to Peter I and Catherine I. Peter II didn’t like Menshikov’s overbearing nature, and soon teamed up with an aristocratic family, the Dolgorukys, who had Menshikov sent to Siberia. Yet for all the political maneuvering, Peter II’s reign was short, as he died at age 14 of smallpox. 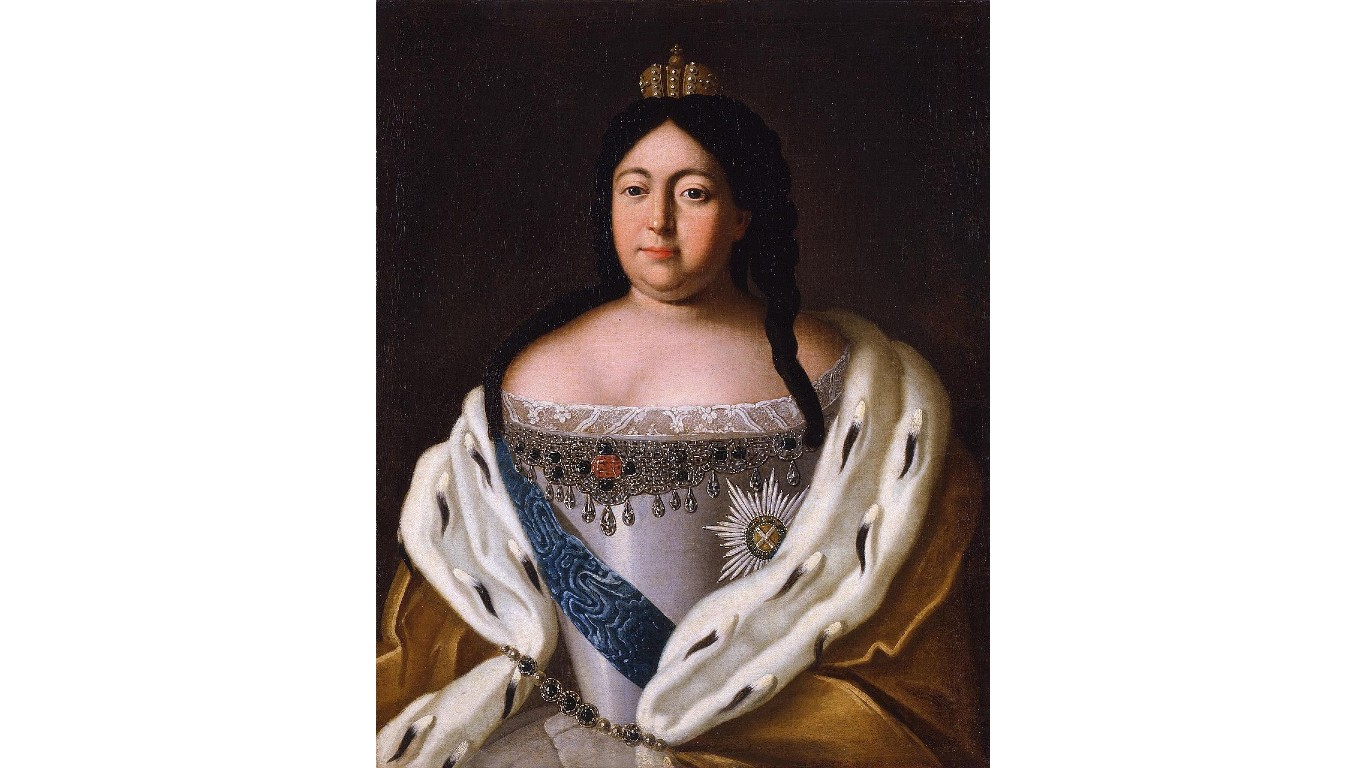 When Peter II died, the Supreme Privy Council offered the throne to Anna, the daughter of Tsar Ivan V and niece of Peter the Great. Made up of powerful nobles, the Council thought Anna would be easy to control as a figurehead. Although interested less in policy and more in courtly pleasures, Anna reigned as an autocratic empress, establishing a Secret Chancellery to investigate her perceived enemies. During her tenure, foreigners took many positions in the government, which was resented by Russians. 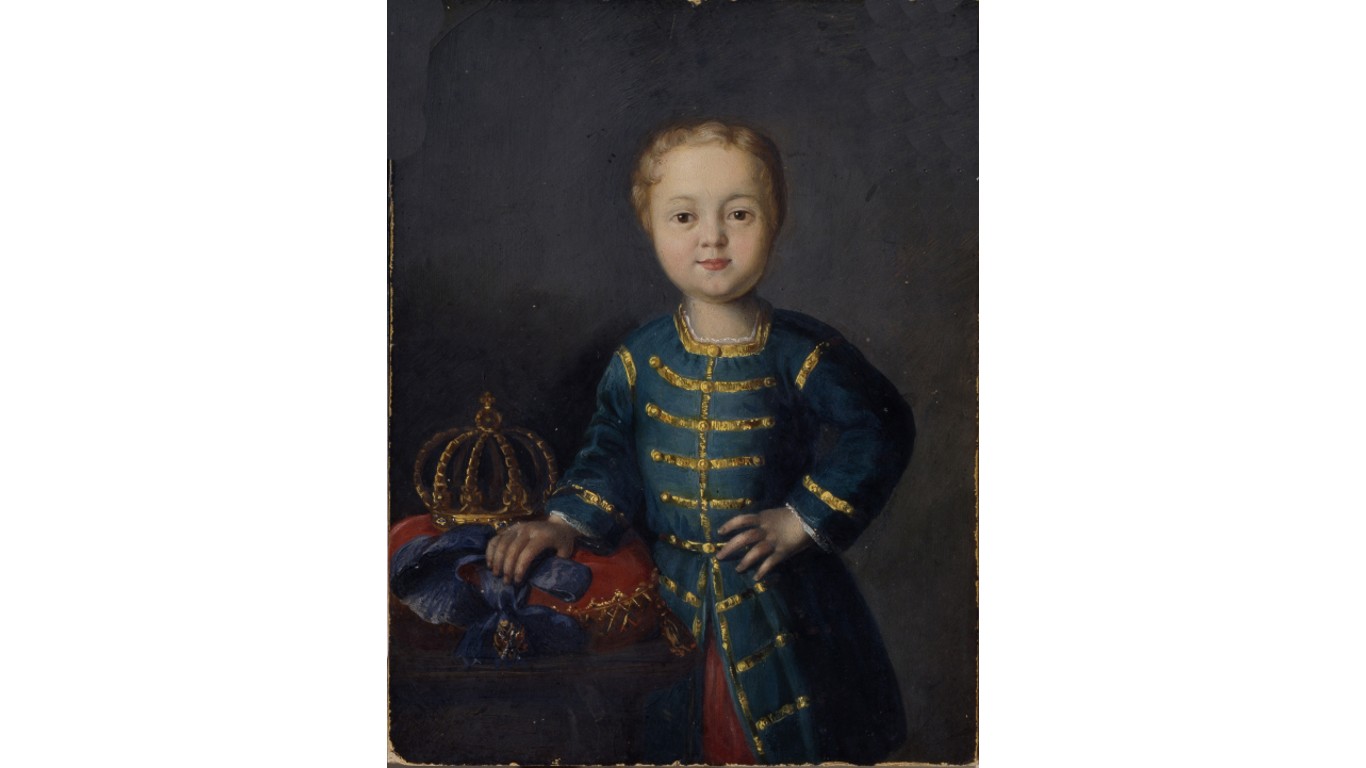 The son of Prince Anton Ulrich of Braunschweig-Bevern-Lüneburg and Anna Leopoldovna, the niece of Empress Anna, Ivan VI was named heir to the throne by his aunt, Empress Anna. The Duke of Courland, Ernst Johann Biron, a favorite of Empress Anna, became his regent. However, the Duke was soon overthrone and Ivan continued to reign with his mother as regent. Elizabeth, the daughter of Peter the Great, opposed Anna and deposed her. Ivan VI remained in solitary confinement for 20 years. A lieutenant named Vasily Yakovlevich Mirovich tried to wrestle the throne from Catherine II in 1762 and free Ivan VI. In the struggle to restore Ivan to the throne, he was assassinated by his jailers.