Serious beer-lovers in the state tend to scorn it in favor of craft offerings from local craft breweries, but with the Rocky Mountain iconography on its packaging, its century-and-a-half of history, and its cult status (for many years it was available only in 11 Western states and people used to “smuggle” it east; see the 1977 Burt Reynolds movie “Smokey and the Bandit”), no beer is more strongly identified with Colorado. 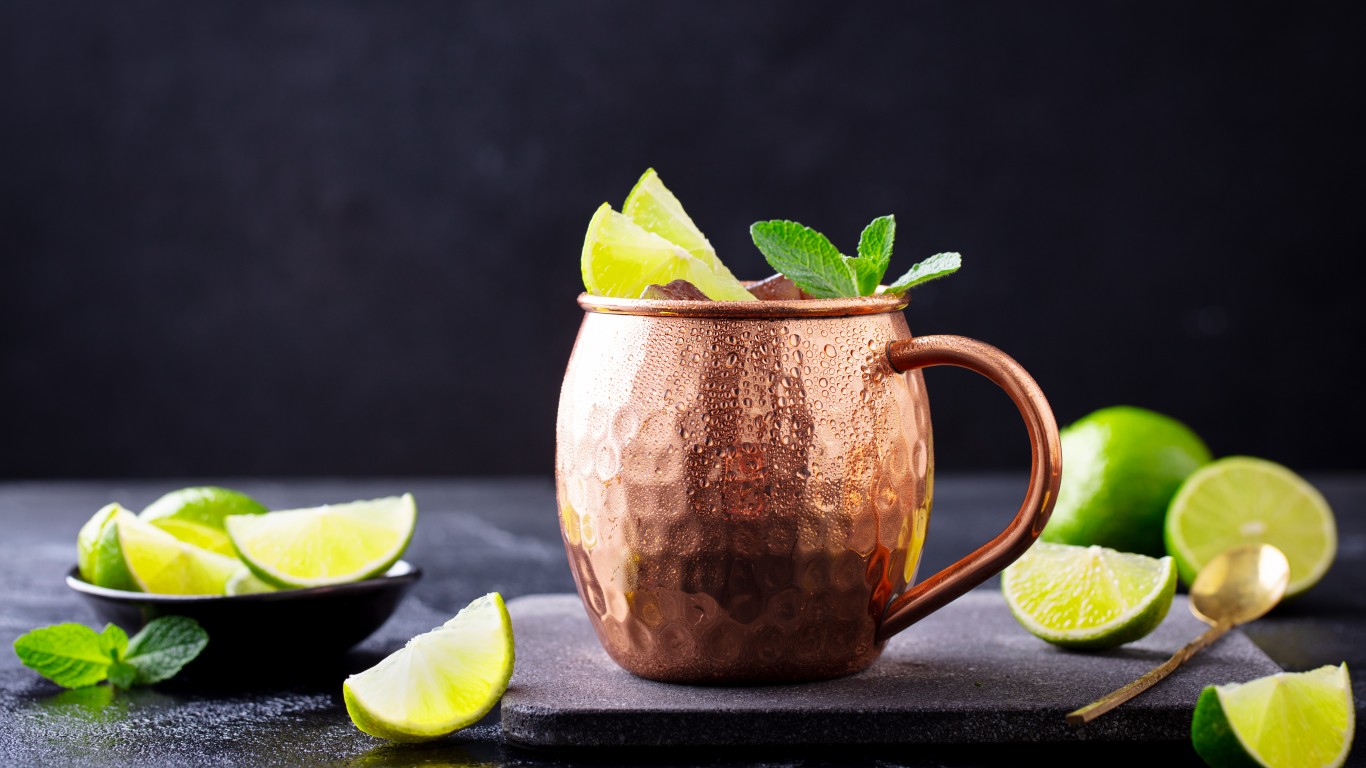 This frosty concoction of vodka, ginger beer, and lime juice, traditionally served in a copper mug, is said to have been invented at a New York City hotel — by an employee of G.F. Heublein Brothers, a major food and liquor producer and distributor based in Hartford, Connecticut’s capital. Another connection: The cocktail was originally made with Smirnoff vodka, produced by a Russian emigré in the Connecticut town of Bethel (Heublein later bought his company).

24/7 Wall St.
This Is the Most Iconic Food Every State Has Given the Rest of the US 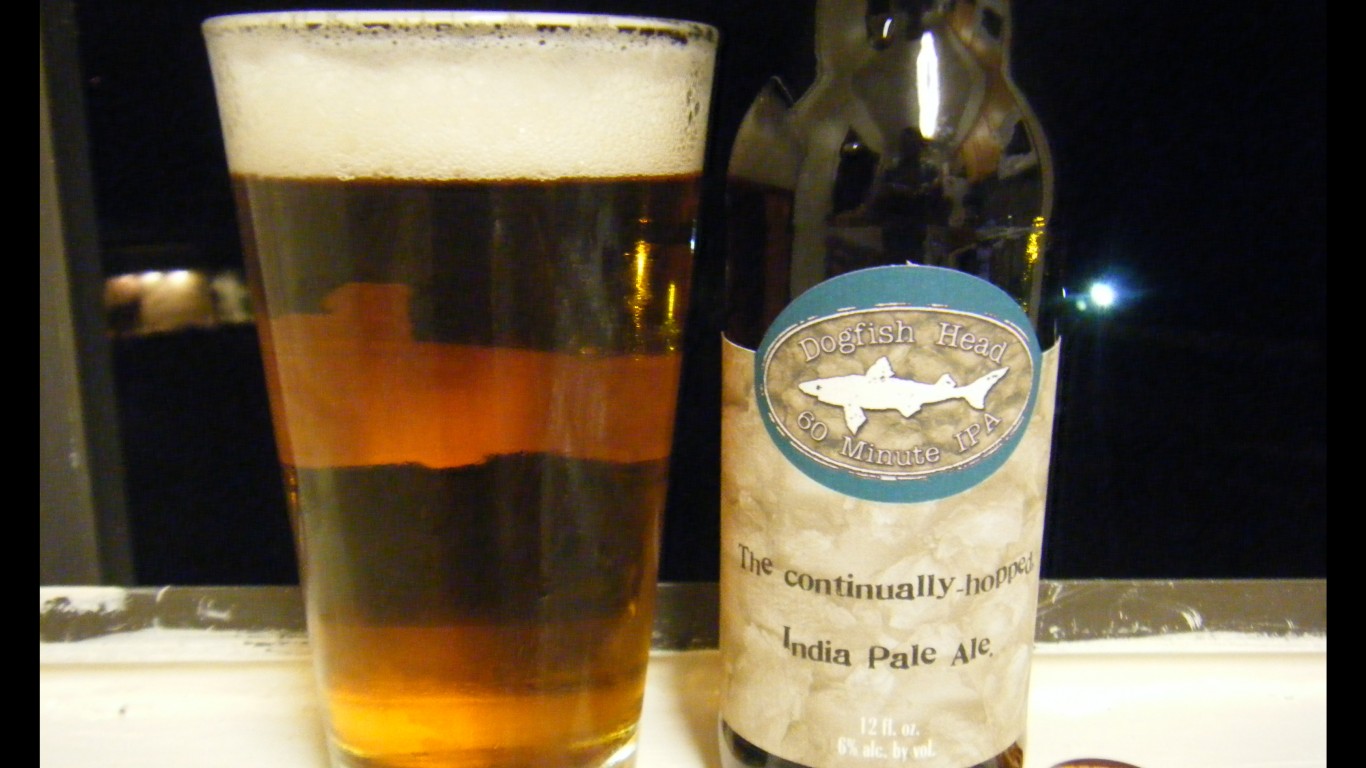 Though this popular craft brewery, one of the highest-rated in America, borrows its name from Dogfish Head, Maine, and is now owned by the Massachusetts-based Boston Beer Company, its beers — especially its numerous IPAs — are indelibly identified with Delaware. Its new Blue Hen Pilsner is even made with barley grown on the Delmarva Peninsula, most of which is within the state. 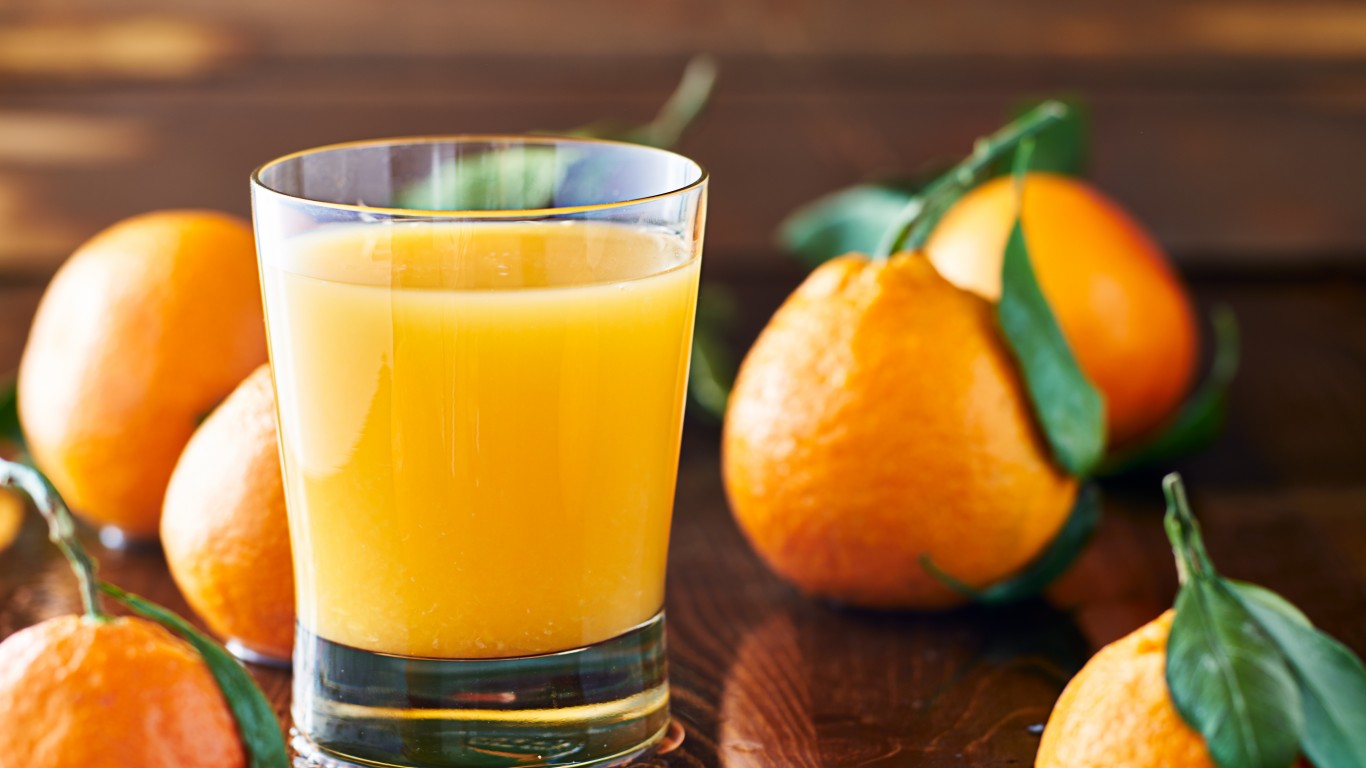 Florida is best known as the Sunshine State, but it’s the Orange State, too — producing about 70% of all the oranges grown in America. Whether on the breakfast table or mixed with vodka for a Screwdriver (or sparkling wine for a Mimosa) or in any other form, it’s the definitive Florida beverage — and was officially designated as such in 1967. 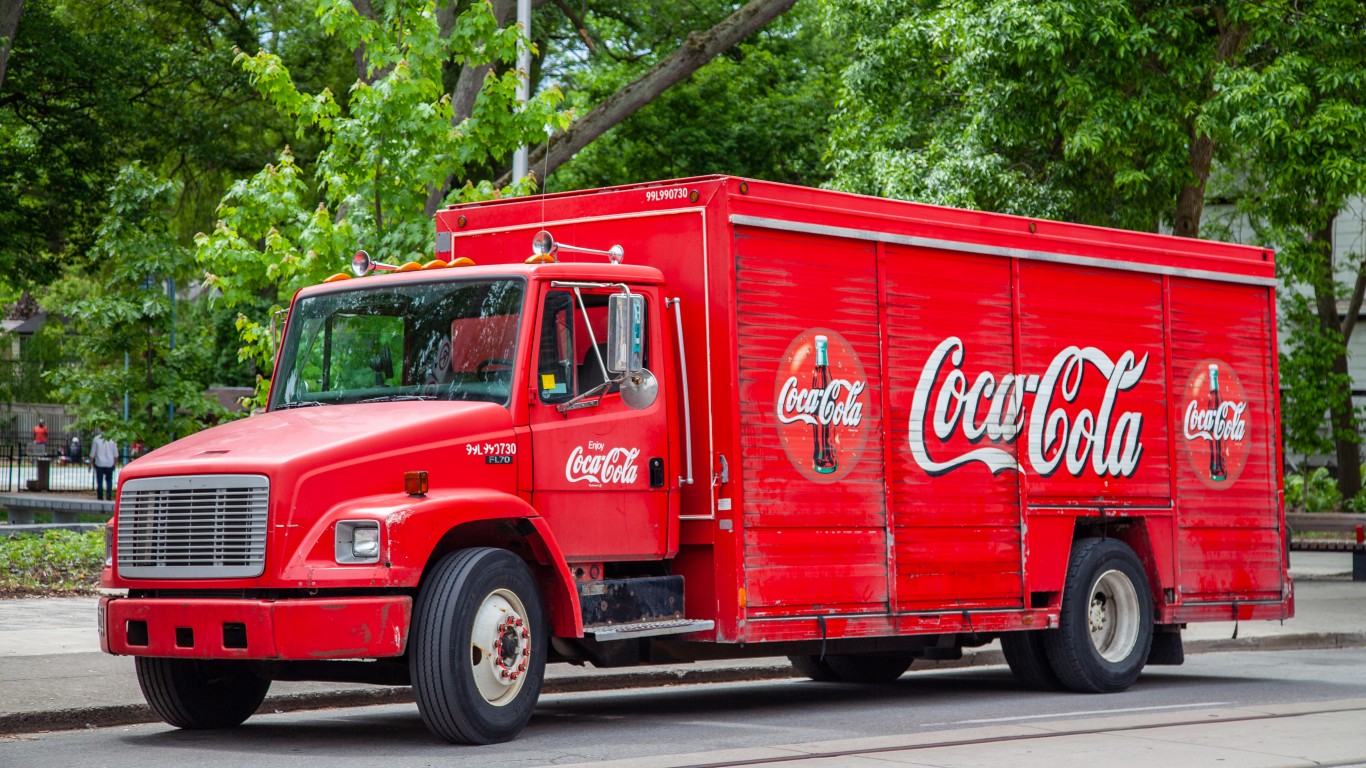 By far the world’s most popular soft drink, Coke traces its origins to a patent medicine invented in Columbus, Georgia, in the 1860s by a former Confederate army officer named John Pemberton. It went through numerous permutations before Asa Griggs Candler, an Atlanta businessman, bought the formula and started the Coca-Cola Company in 1892. No other beverage is so identified with the state today.