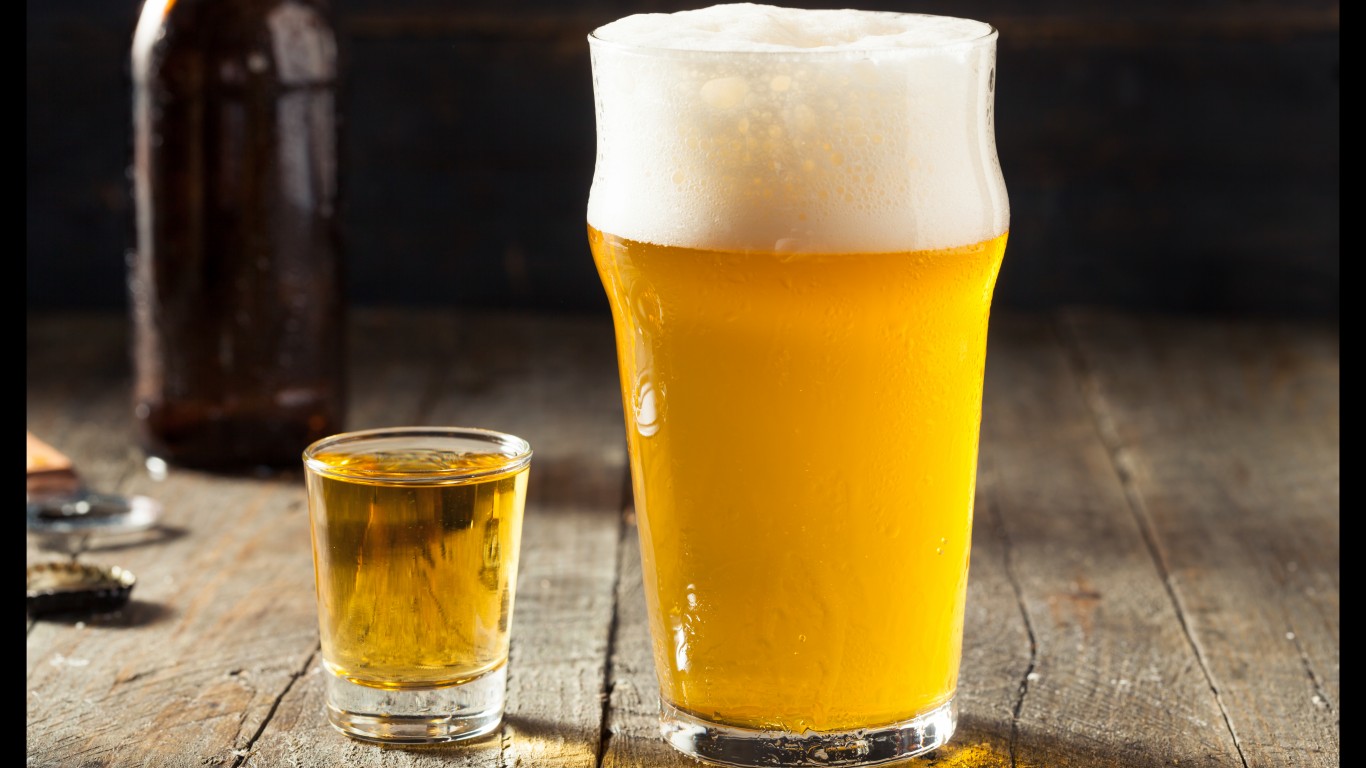 Beer and whiskey — a meeting of the grains. The traditional boilermaker is a shot of the latter, quickly downed, followed by a beer chaser. Some people prefer to mix the booze into the brew — or drop the shot glass into the beer glass (in which case it’s sometimes called a Depth Charge). The connection with Montana? Drink historians trace its origins to Butte in the 1890s, when it was a favorite of miners after work, initially under the name “Sean O’Farrell.” 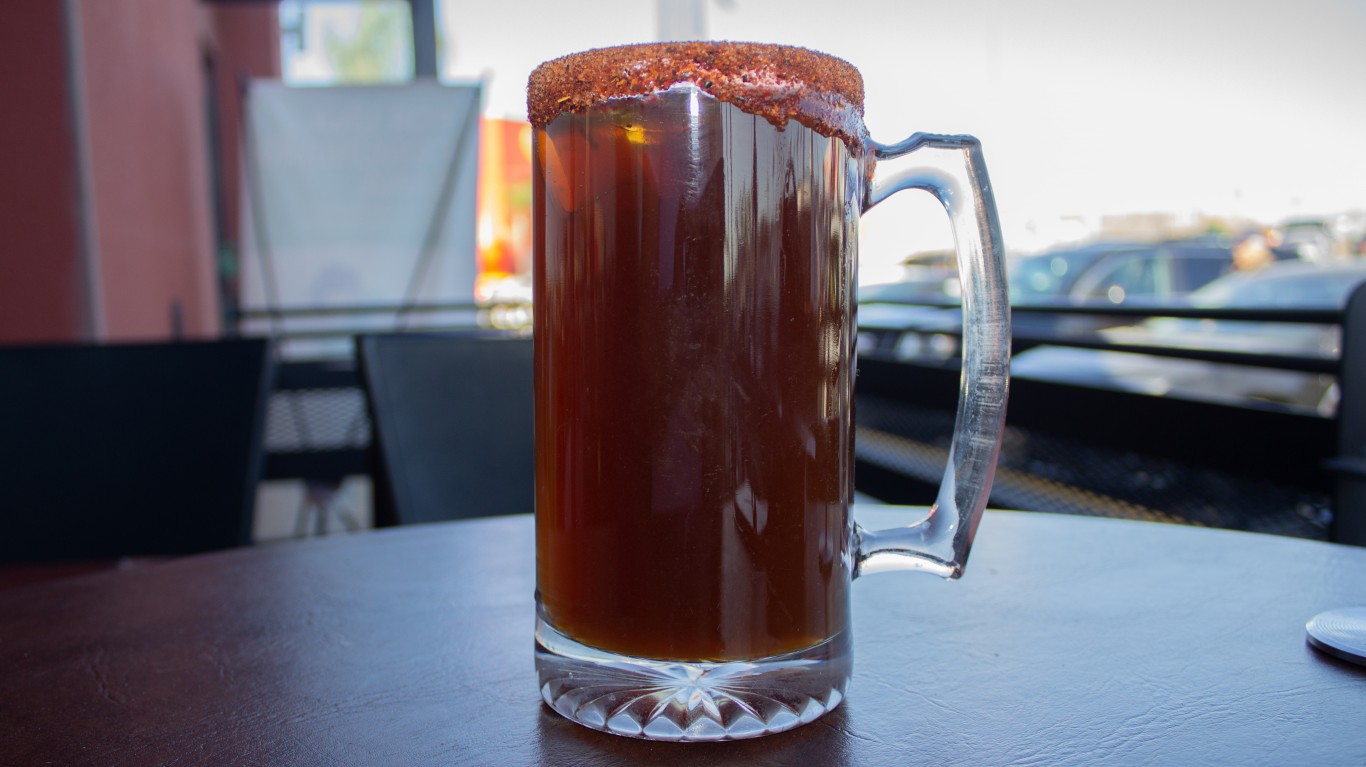 Kool-Aid is the official state soft drink here, but perhaps it’s better not to get into that. What many Cornhuskers ask for when they belly up to the bar at their local tavern and what lubricates every autumn tailgate is red beer — in effect a Heartland version of Mexico’s popular Michelada. It’s tomato or V8 juice spiced with Worcestershire and hot sauce, mixed with icy cold beer.

24/7 Wall St.
The 50 Best Wines in the World According to the Experts 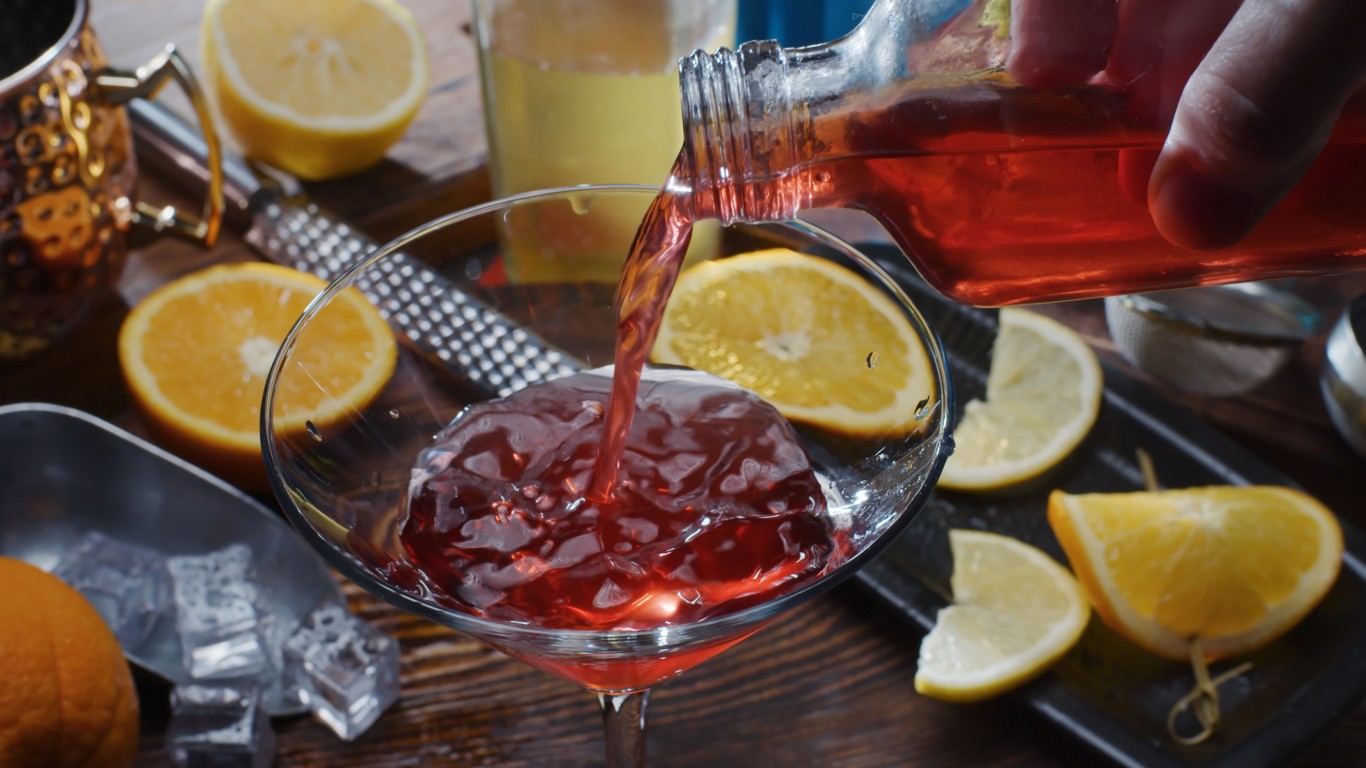 Picon is a French bitter apéritif, and this highball cocktail involves a healthy dose of it or some other bitter liqueur with club soda, grenadine syrup, lemon juice, and a float of brandy. It was invented by Basque immigrants to Idaho or Nevada in the 19th century, and remains popular in Nevada’s northern portion to this day. 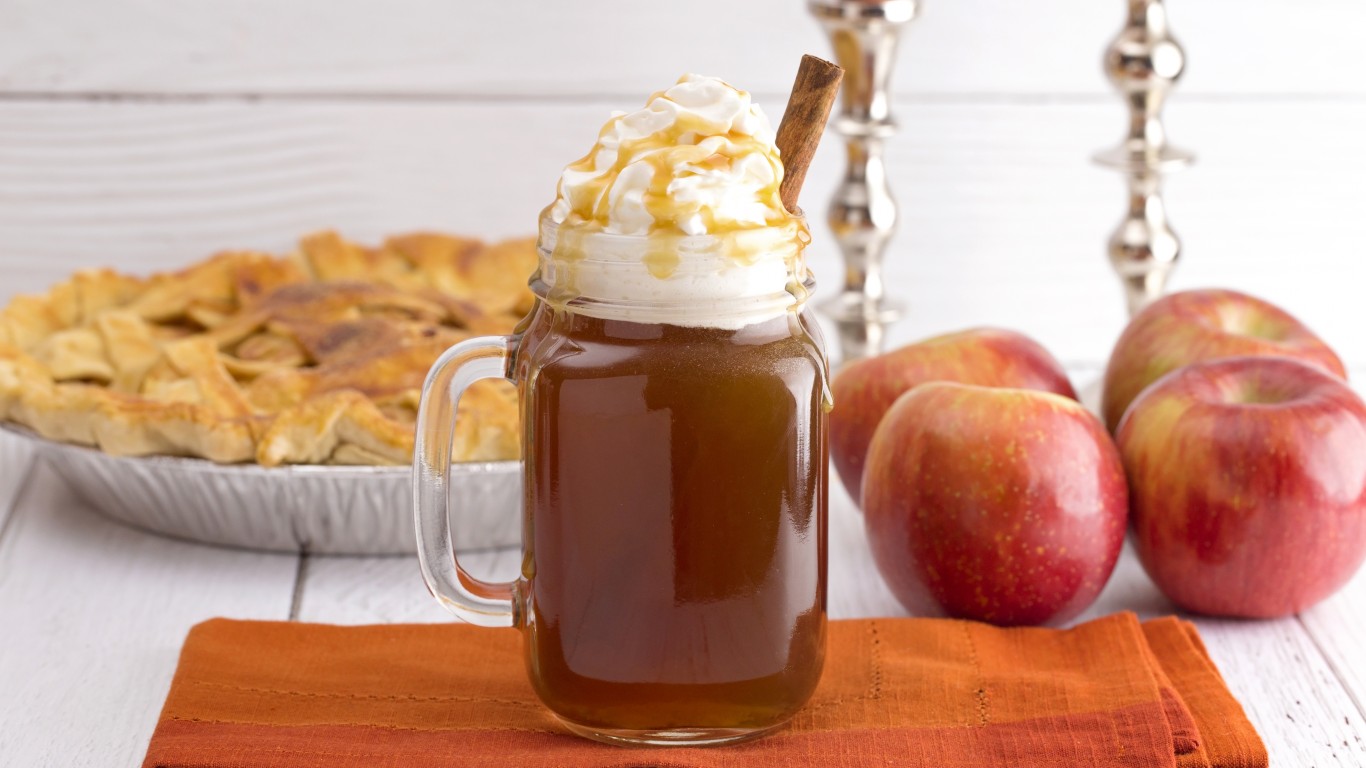 Non-alcoholic apple cider was named New Hampshire’s state beverage in 2010, as a result of an elementary school project in which students at Jaffrey Grade School were assigned to draft a bill to learn the legislative process. Most likely to the school’s surprise, legislators took the idea seriously. While it’s not the largest apple-producing state, New Hampshire does have more than 1,400 acres of apple trees — and onetime Granite State governor David Goodell invented the apple peeler. 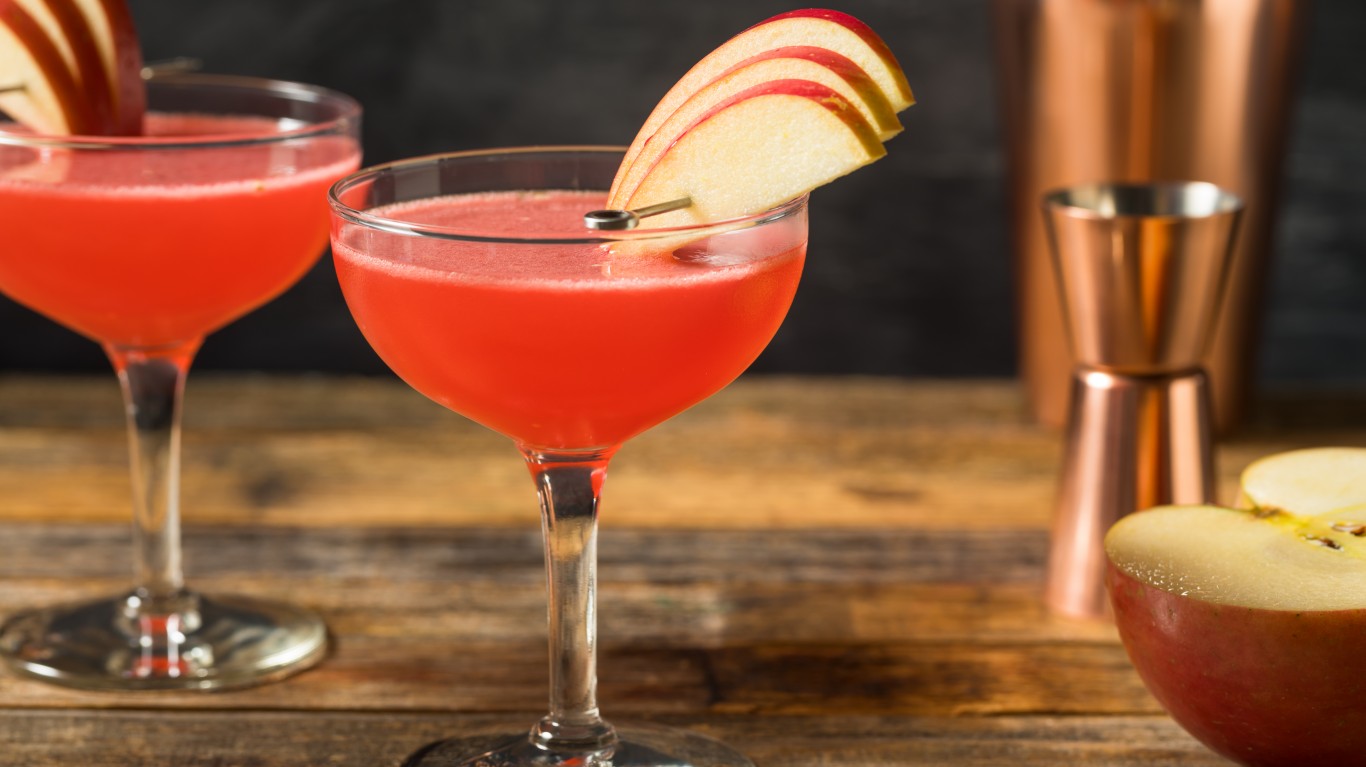 Nobody’s quite sure who this cocktail of apple brandy (or applejack), grenadine syrup, and lemon juice is named for, but it is widely agreed that it was invented in New Jersey, possibly in Newark, in the early 20th century. It was well enough known that Ernest Hemingway had the narrator of “The Sun Also Rises” drinks one at a hotel bar in Paris, but it eventually fell out of fashion. Since the early 21st century, though, it has experienced a revival in New Jersey and elsewhere.

The Best Pie Shop in Every State