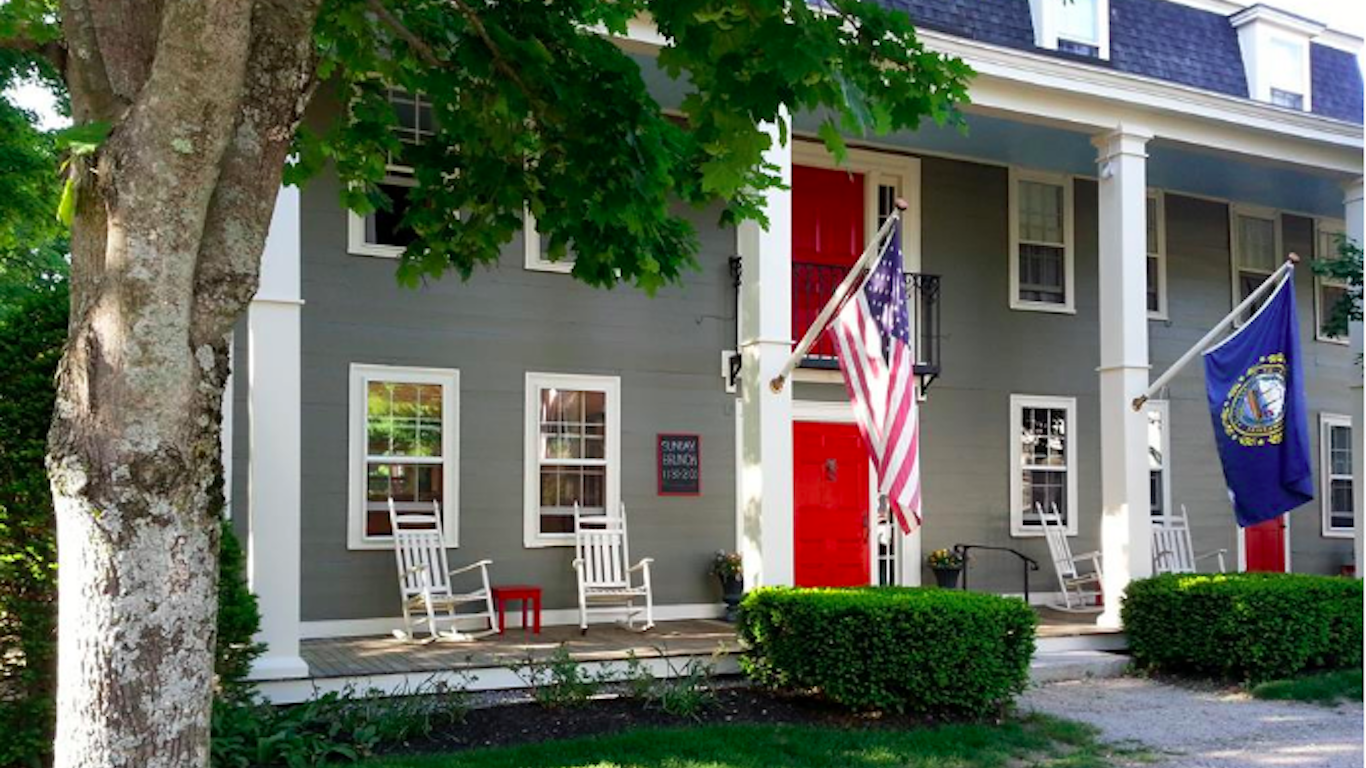 New Hampshire’s oldest continuously operating inn, The Hancock has been welcoming locals and travelers since 1789. Warm and cozy, it’s home to a bar, restaurant, and a 14-room inn. It was sold by owners Marcia and Jarvis Coffin to a Boston-based investor group in April 2022, and will reopen after a thorough renovation in 2023. 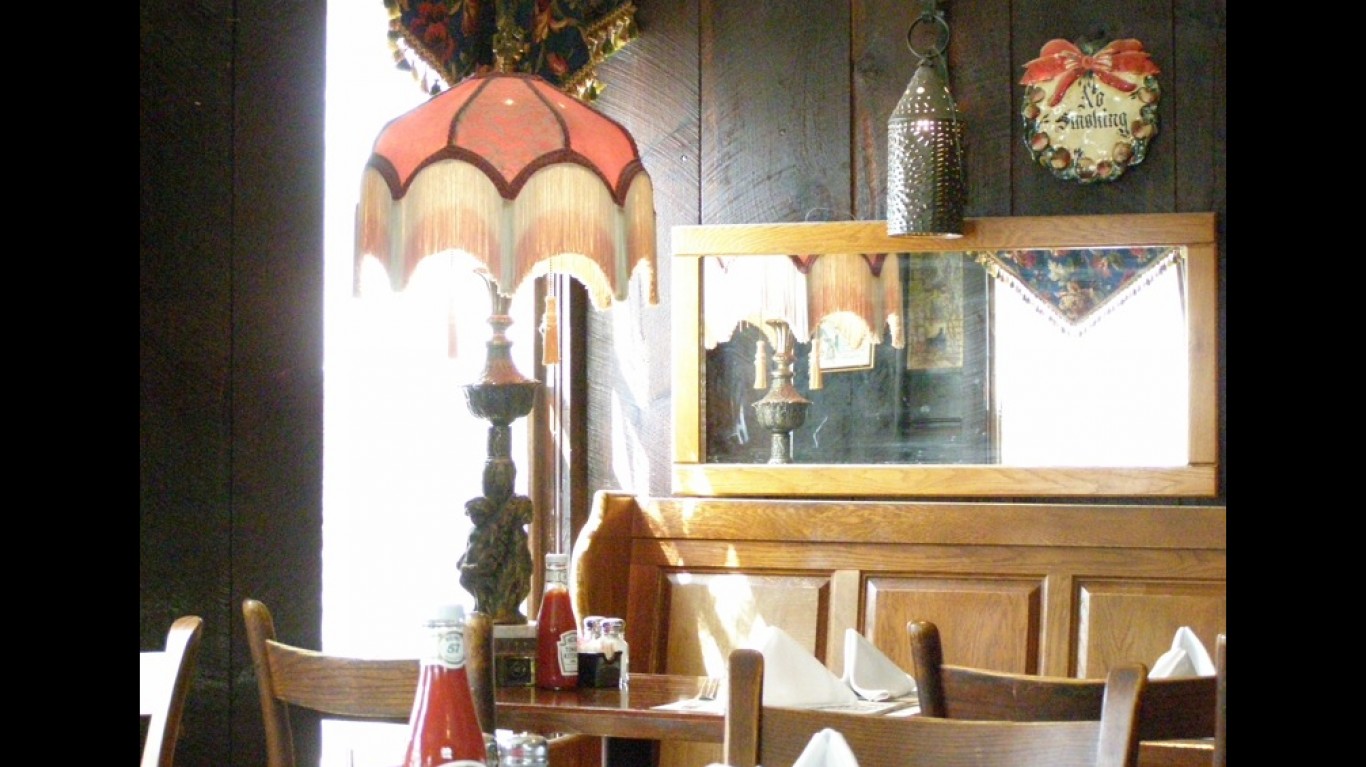 Inside the Warren Tavern (CC BY-SA 2.0) by Dave Palmater

This legendary tavern located just outside Boston famously counted George Washington and Paul Revere as regulars. One of the first buildings constructed after Charlestown was sacked by the British, the tavern hasn’t changed much since then, and remains a favorite among locals for its Colonial ambiance, cold beer, and burgers. 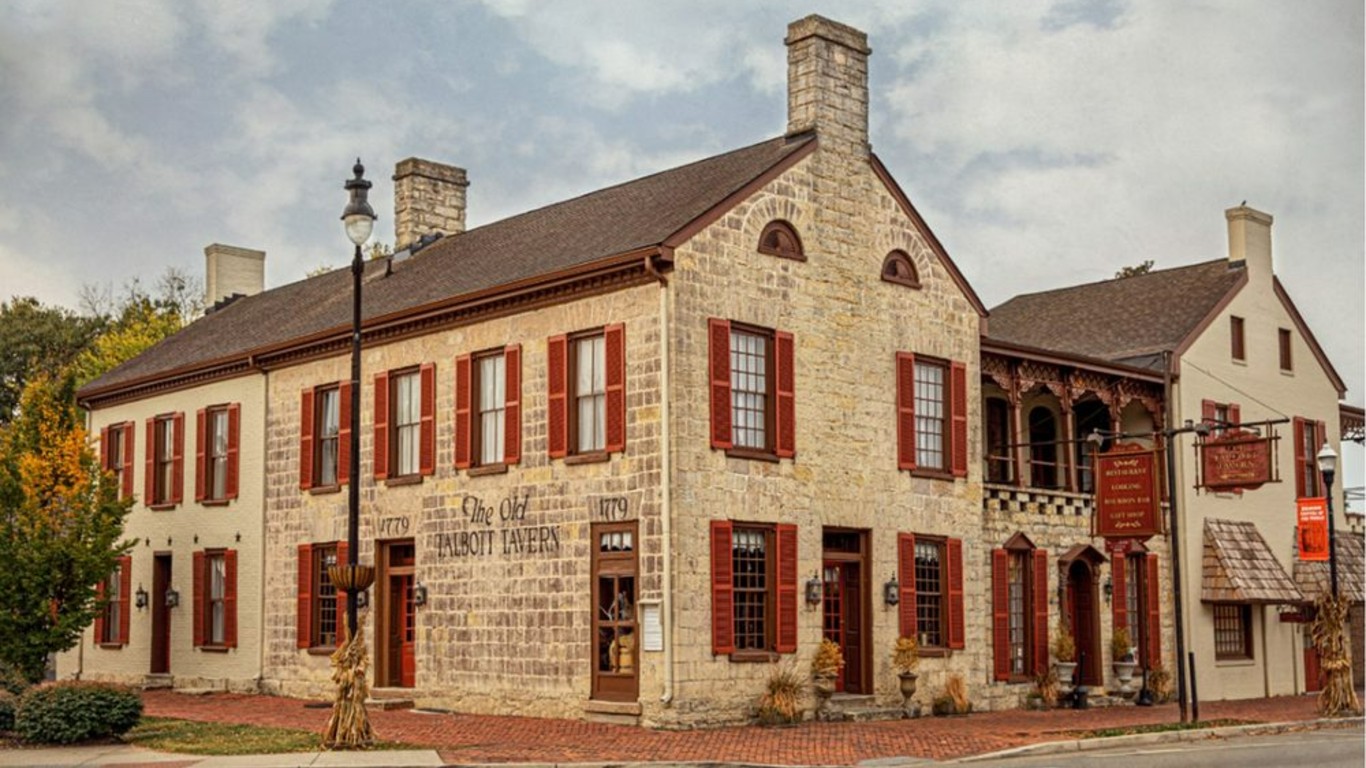 The oldest Western stagecoach stop in America, The Old Talbott Tavern served as a welcoming haven for pioneers during the country’s earliest days. The building, which is reminiscent of old Warwickshire inns in England, is absolutely brimming with lore: Andrew Jackson warmed up by the fire, Abraham Lincoln stayed there as a child, King Louis Phillippe is said to have stayed there, and Jesse James reportedly left some bullet holes in the walls. Today, it’s home to one of America’s best bourbon bars and a popular restaurant, and offers six well-appointed guest rooms. 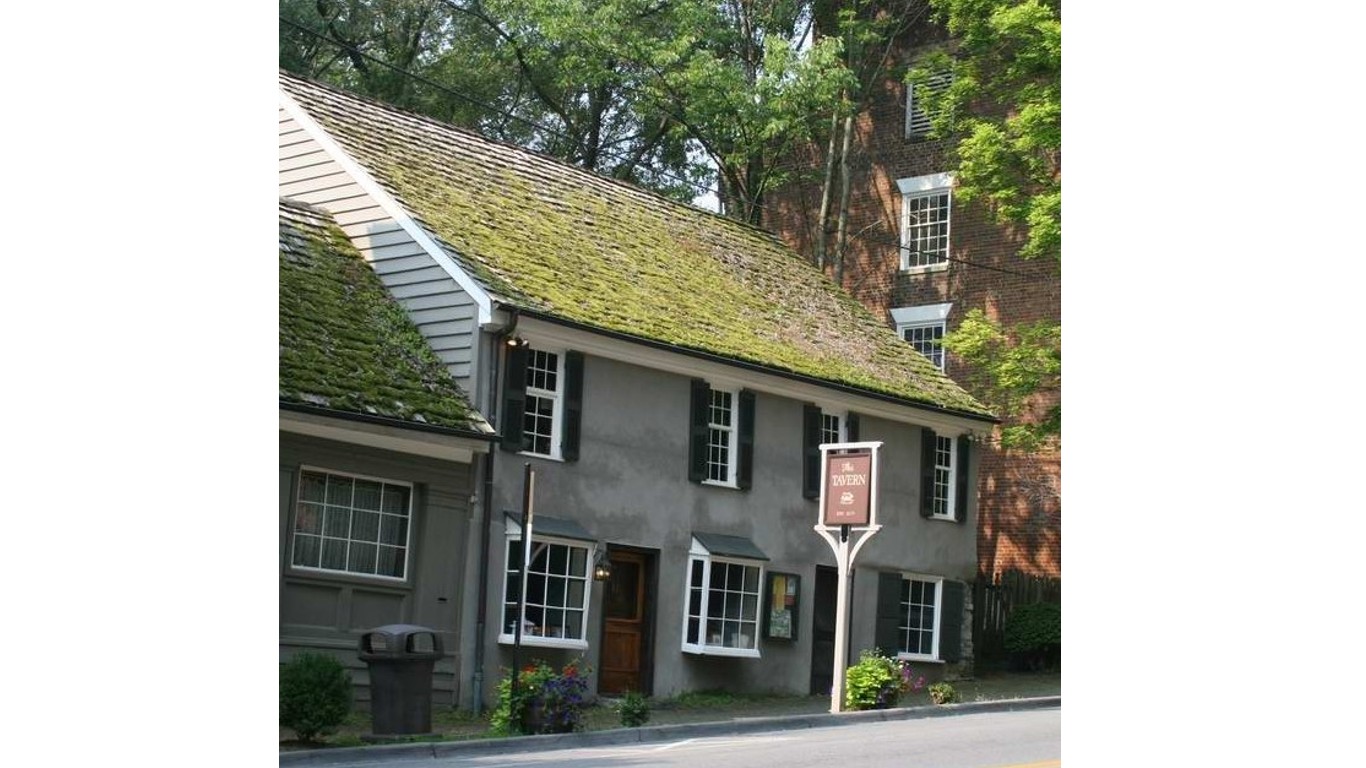 Source: Courtesy of The Tavern

One of America’s oldest buildings west of the Blue Ridge Mountains, The Tavern – built as a drinking place and stagecoach stop – and has hosted luminaries including Henry Clay, Andrew Jackson, and Pierre L’Enfant (who designed Washington, D.C.). It served as a hospital for wounded Confederate and Union soldiers during the Civil War. It was fully restored in 1984, and is today a local fine dining destination. 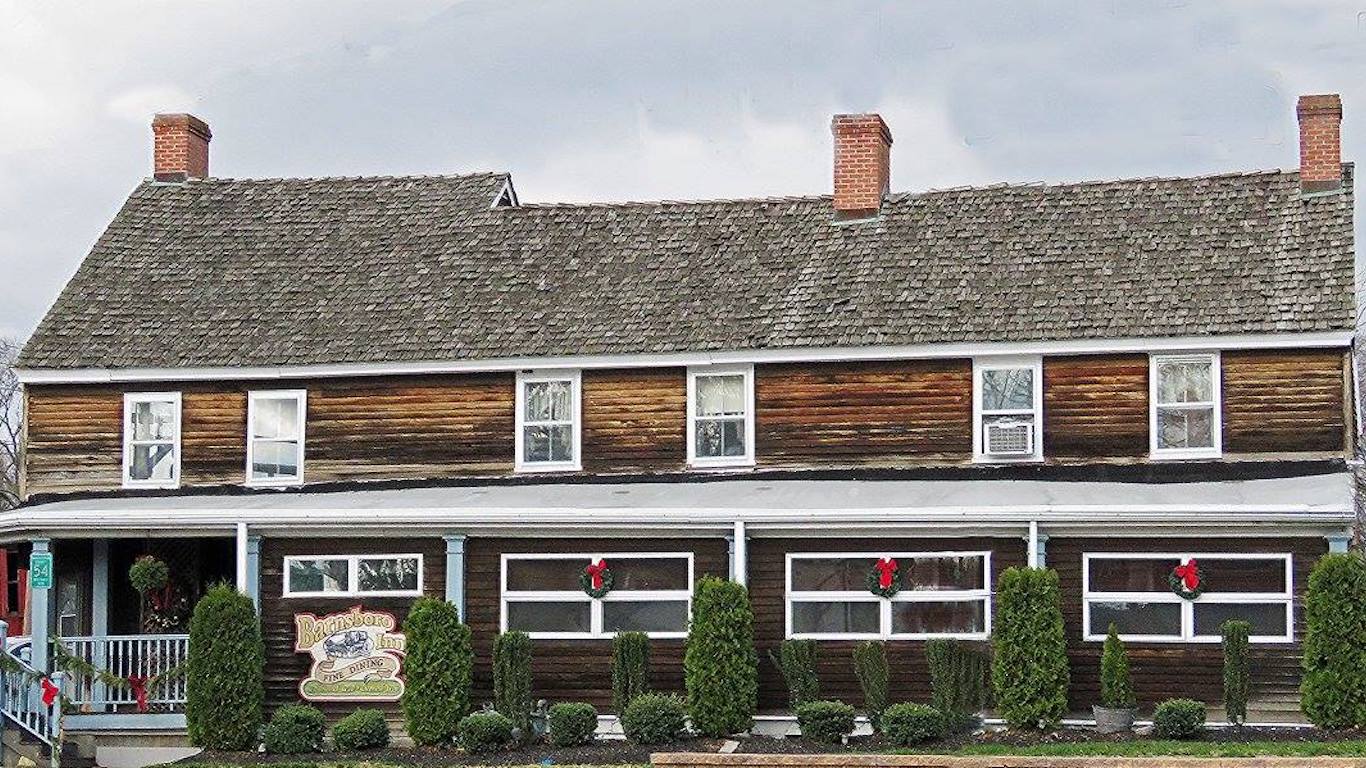 The oldest part of The Barnsboro Inn is a log cabin constructed on the highest ground in the area way back in 1720, and in 1776 the home was converted into a tavern, which it has remained ever since. Today it’s a popular bar and restaurant, known for its burgers, bar food, and local beer.