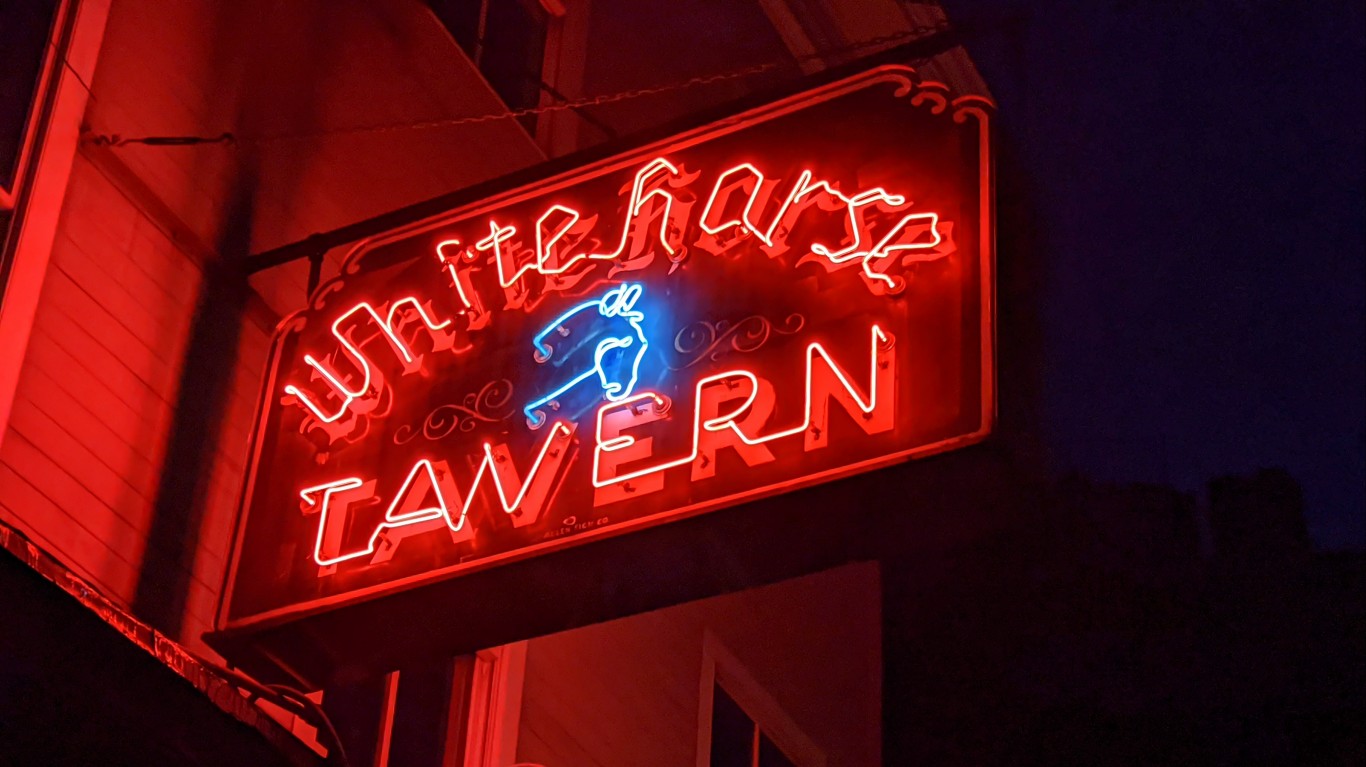 Believed to be the oldest tavern in America, the White Horse occupies a building constructed in 1652 and enlarged into a tavern 21 years later. It has remained one ever since. It served as a meeting house for the Rhode Island General Assembly, and it quartered British troops taking part in the occupation of Newport during the Revolutionary War. It was restored in the 1950s after years of neglect, and today the red-painted building is a warm and inviting bar and restaurant with an elegant Colonial-inspired atmosphere.