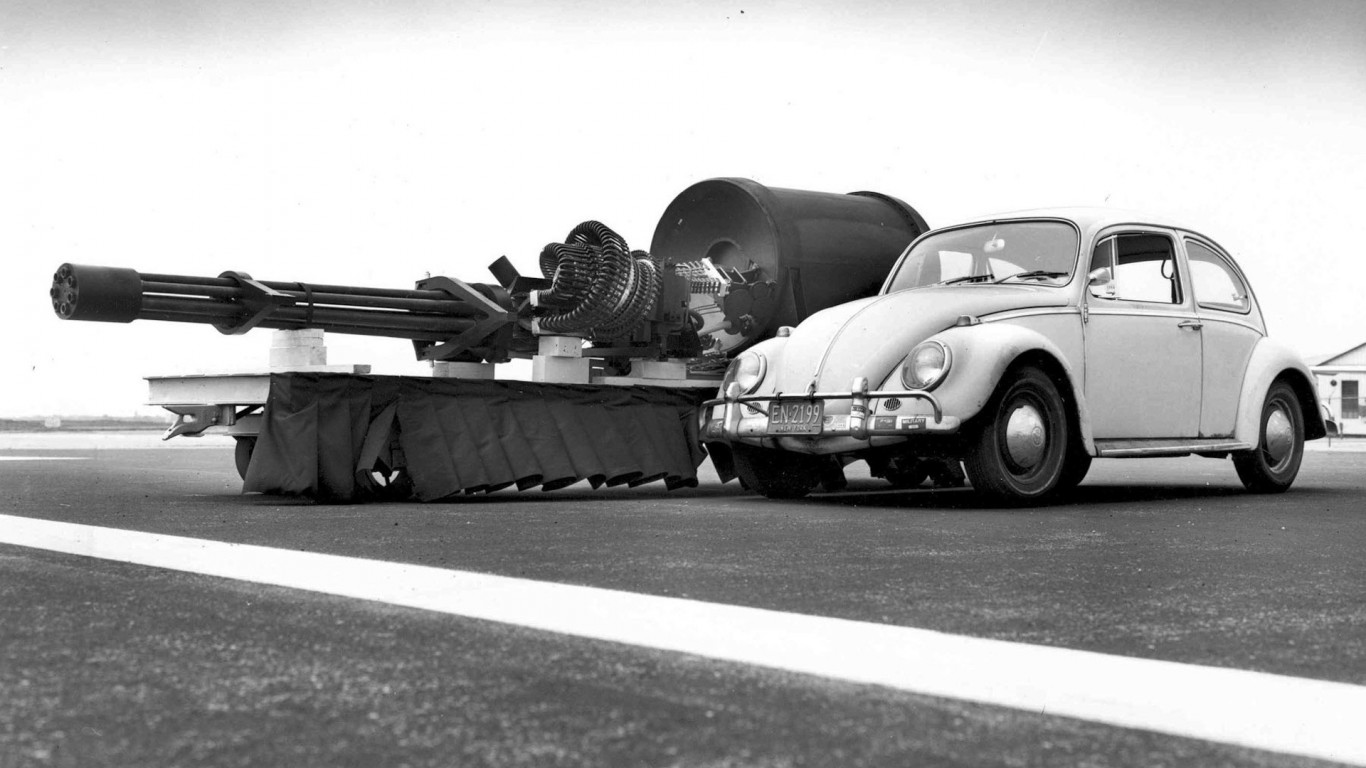 The GAU-8 Avenger is the gun that gives the A-10 Warthog ground support aircraft its unmistakable “brrrrrrt” when fired, which to U.S. ground forces is a joyful sound indicating that the enemy in the distance is being obliterated. During the Gulf War of 1990-91, this massive hydraulically driven seven-barrel Gatling-style “autocannon” shattered more than 900 Iraqi tanks and 3,200 military vehicles and artillery pieces. The gun is roughly the size of a Volkswagen Beetle, not including its eight-foot-long barrel. 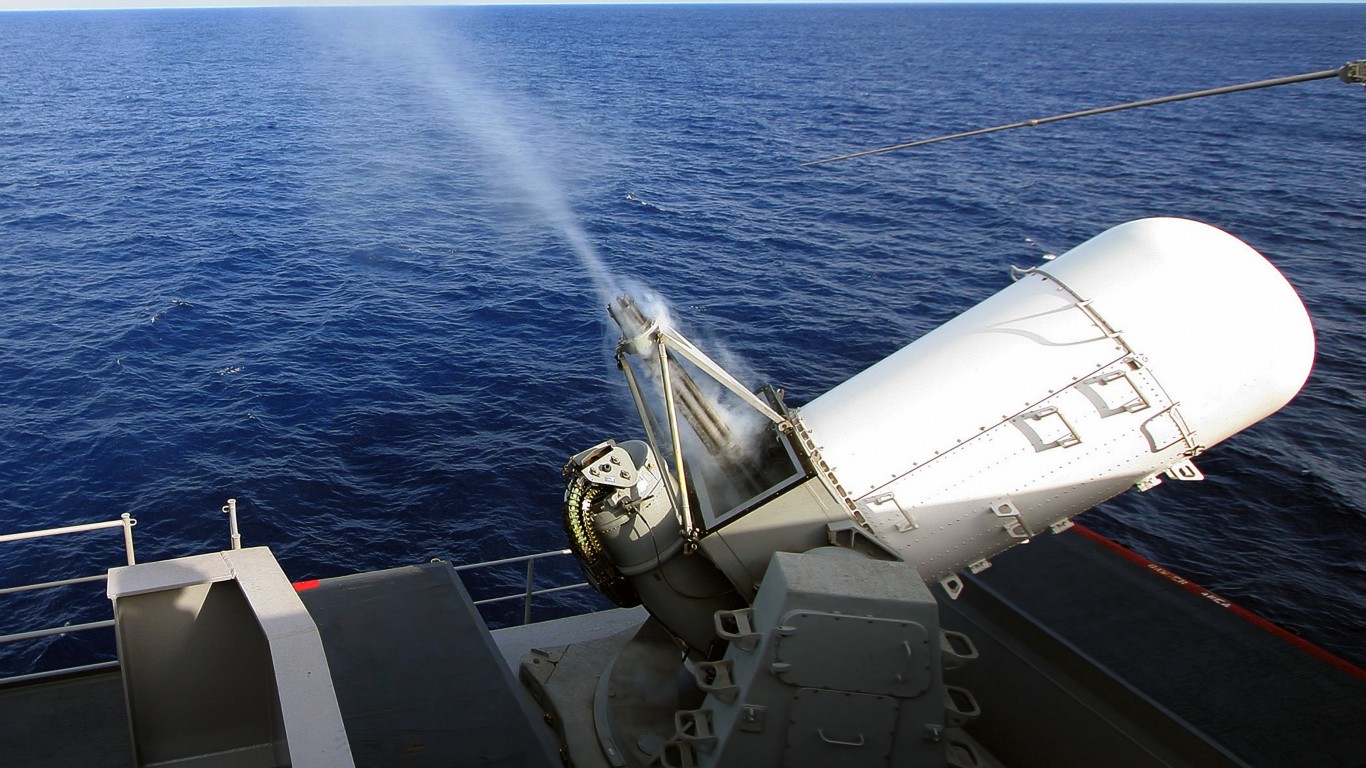 The MK15 Phalanx is a Close-In Weapon System (CIWS, pronounced “sea-wiz”) designed to protect naval vessels from missile attacks. Like the GAU-8 Avenger and the M134 Minigun, the MK15 Phalanx is a Gatling-style gun. The system, which weighs up to 13,600 pounds, is an autonomous last-chance defense system. The latest version of this radar-guided giant machine gun can expel 1,550 20mm rounds of its magazine in about 20 seconds. As the name suggests, it’s the last line of defense of a warship from an incoming missile.

ALSO READ: The 50 Most Popular Guns in the World 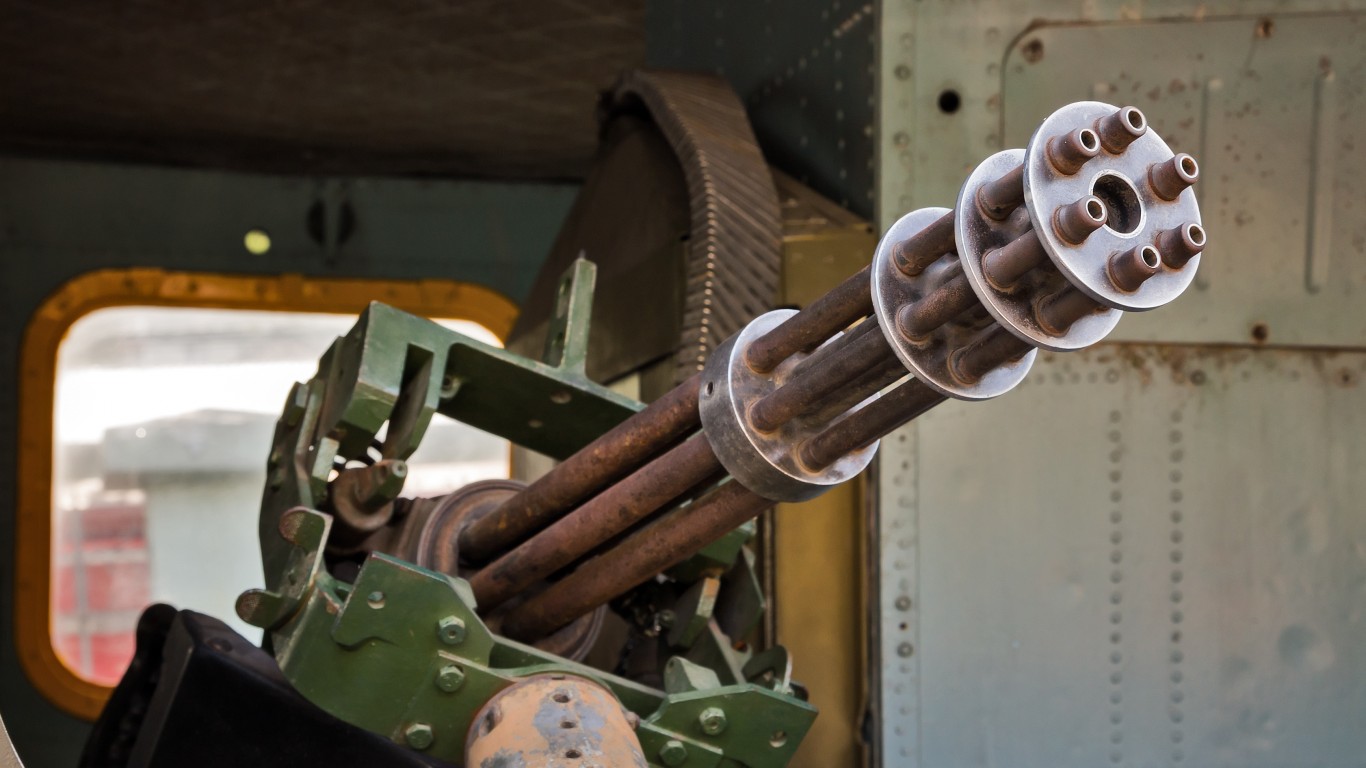 In a way, the six-barrel Gatling-style M134 could be considered the small sibling to the A-10 Warthog’s massive GAU-8. It fires standard NATO rounds, but at a much higher firing rate than other guns using the same ammo type. In Vietnam, the M134 was mounted on helicopters, offering protection from ground-based small arms and RPG fire. The gun was less prone to overheating and its high firing rate could mow through the dense jungle and thatched village huts that Viet Cong soldiers used as cover. The Minigun is still used today, mounted to land, sea, and air vehicles. 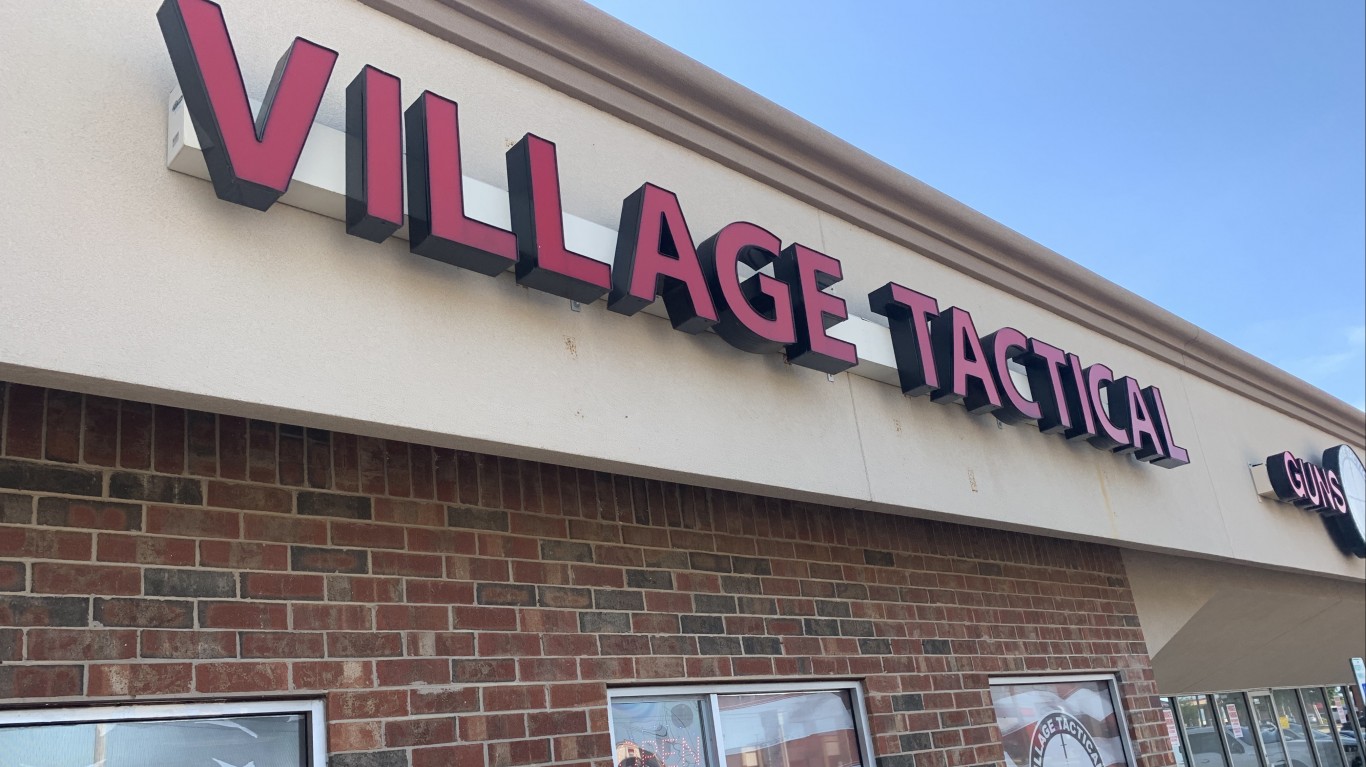 Like the weird, overly engineered Heckler & Koch G11, the Metal Storm has never been deployed. Essentially, it’s a proof-of-concept. One prototype Metal Storm discharged an astonishing 180 rounds in just one hundredth of a second, creating a devastating wall of caseless 9mm bullets fired electronically from the 36 barrels of this boxy-shaped gun. But the bulky Metal Storm has limited applications in actual combat, and there are other weapons that can be as effective with a less ravenous maximum rate of fire, such as the MK-15 Phalanx. Australia’s DefendTex currently holds the rights to produce the weapon.