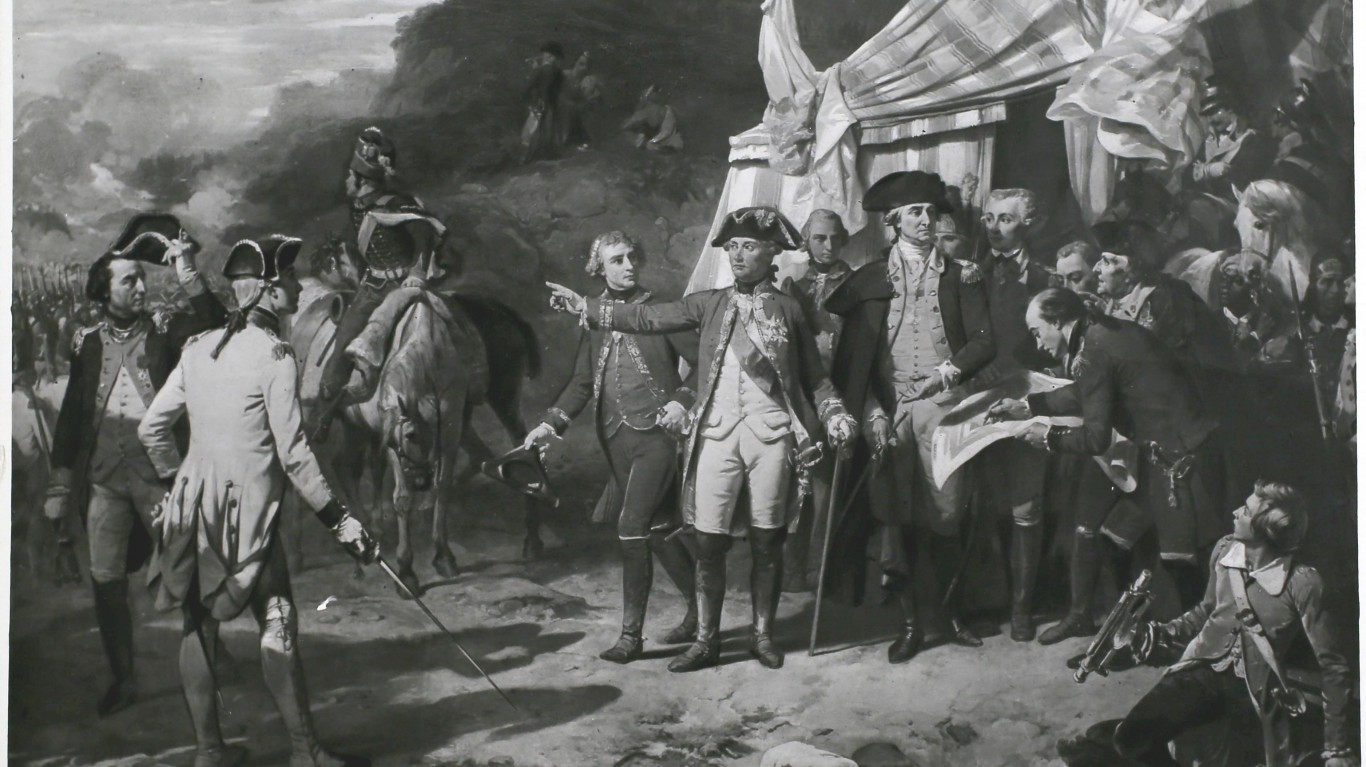 The result of the American Revolution was the creation of the United States, which is now the oldest democracy in the world. Great Britain, the most powerful nation in the world at the time, officially recognized the new nation and relinquished the 13 colonies located on the East Coast that became the United States. 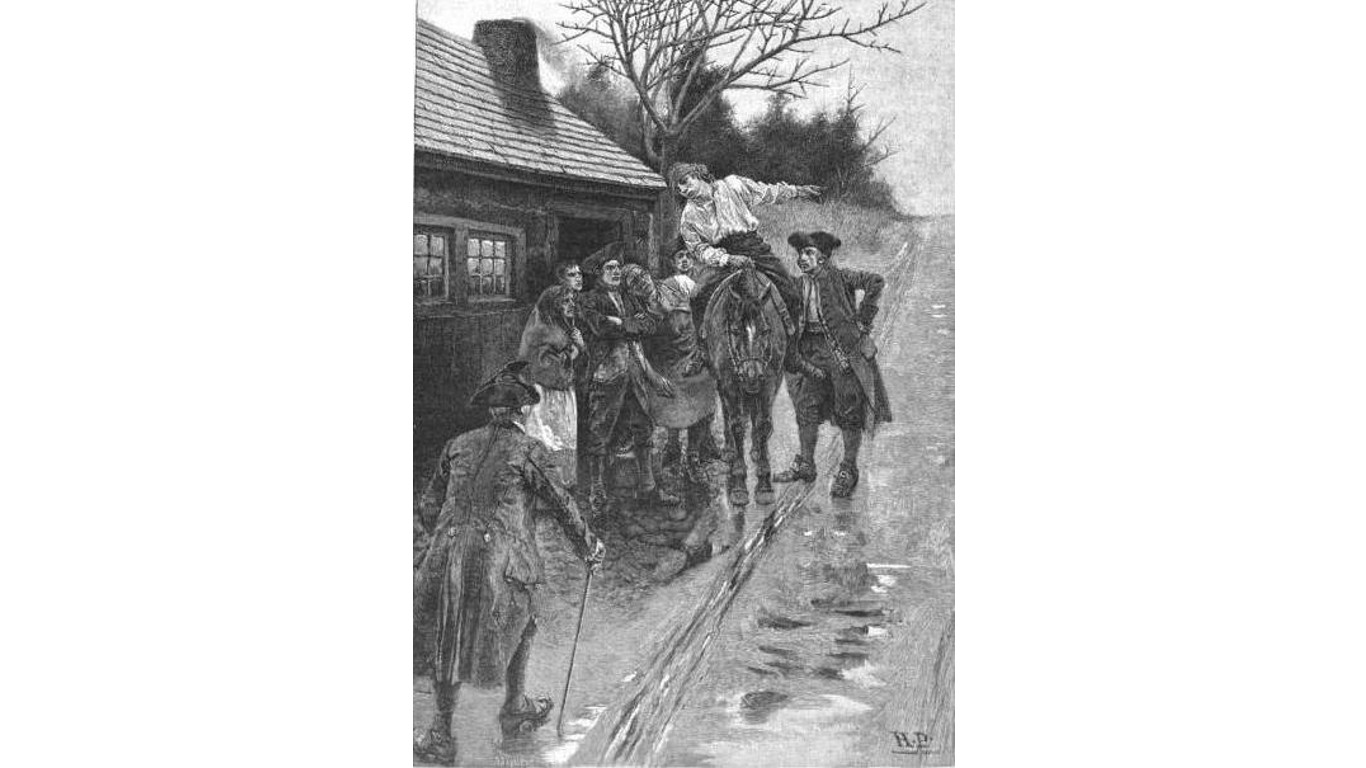 Cherokee-American Wars, also called the Chickamauga Wars, were conflicts between Cherokee Native Americans and American settlers that sometimes escalated into full-scale battles. These occurred along the Cumberland River in Middle Tennessee and in Kentucky territories, as well as the colonies of Virginia, North Carolina, South Carolina, and Georgia. The Native Americans were allied with the British during the American Revolution and also with the Spanish.

The Treaty of Tellico Blockhouse did not require any more land concessions by the Cherokee, and effectively ended the fighting.

24/7 Wall St.
The Wars the Most Americans Died In Battle, Ranked 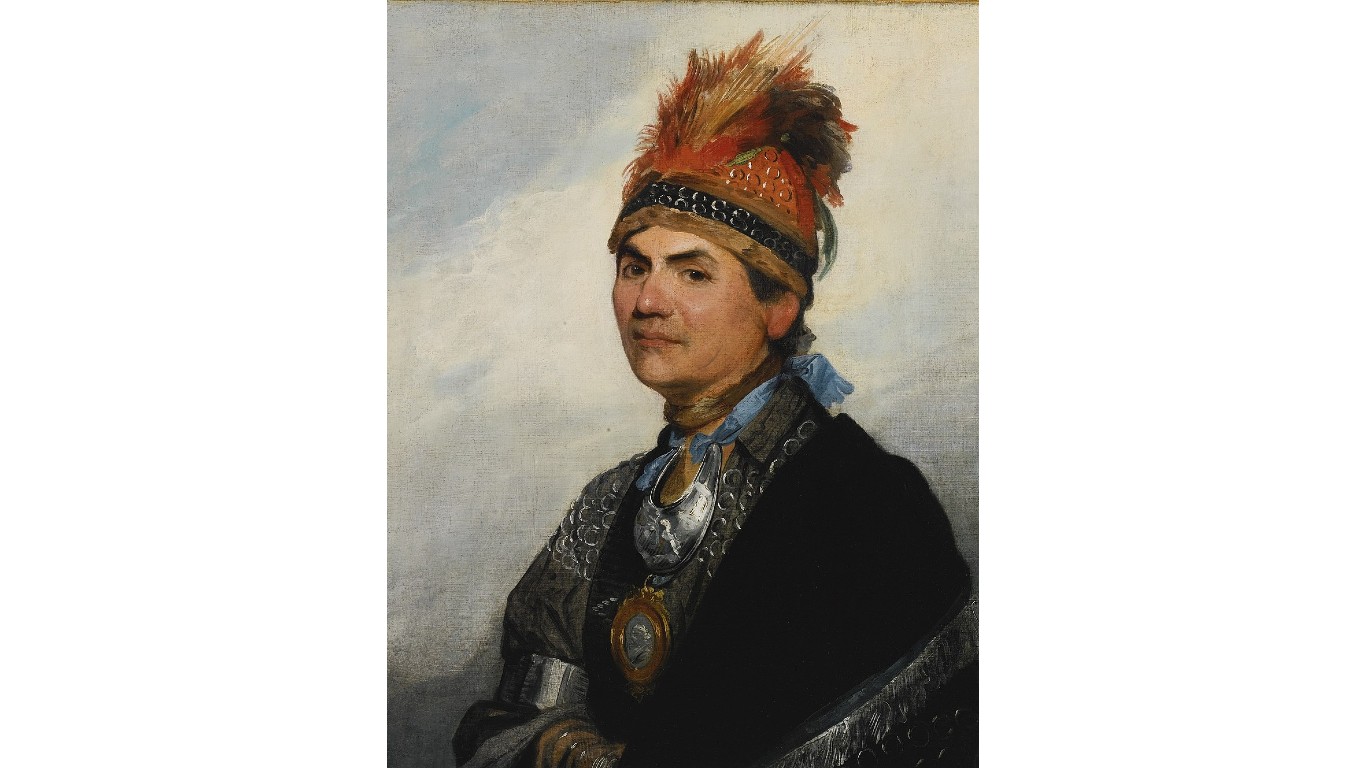 Fighting against several Native American nations continued after the Treaty of Tellico Blockhouse. It ended in 1795, when the northern allies of the Lower Cherokee in the Western Confederacy signed the Treaty of Greenville with the United States. 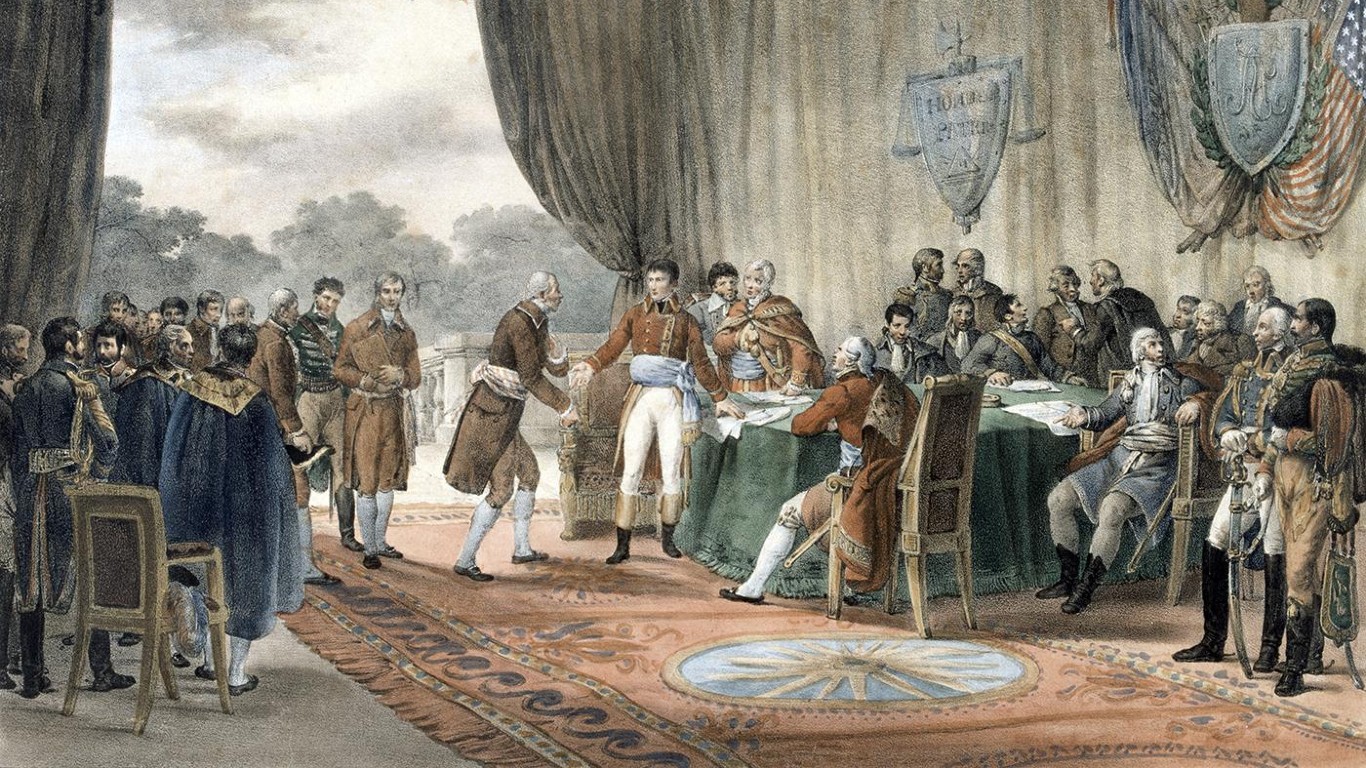 Hostilities broke out in 1798, when the United States stopped paying debt to France for its role in helping the U.S. win the American Revolution. America contended that it owed money to the French crown, and since France was no longer a monarchy because of its own revolution, the U.S. believed it did not have to resolve the debt. France responded by seizing American merchant ships, which had no protection since the U.S. Navy had been dissolved by 1785. The U.S. rebuilt its navy, and in cooperation with the Royal Navy, reduced French privateering. 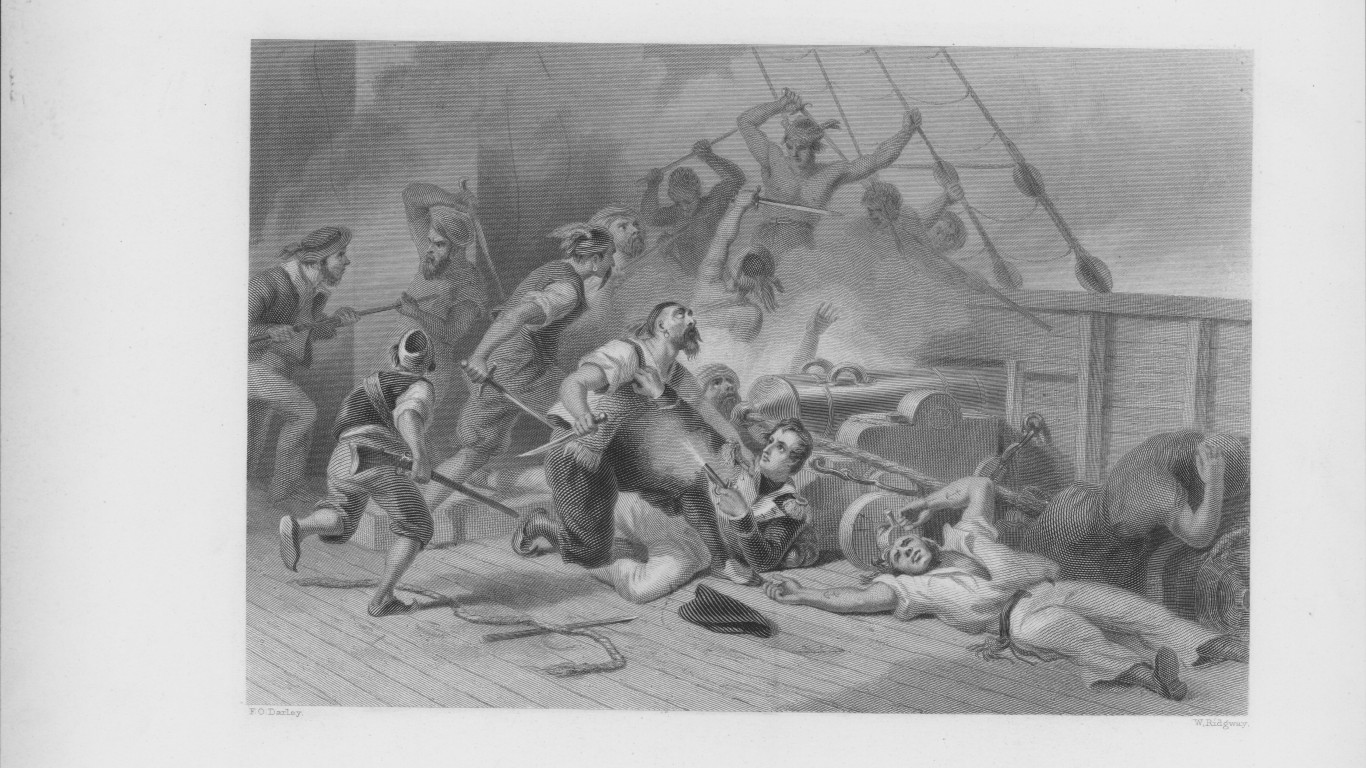 The Barbary War, from 1801 to 1805, broke out between the U.S. and the Barbary States of Algeria, Tunis, Tripoli, and Morocco. Pirates from those countries raided passing ships in the Mediterranean and held passengers and sailors for ransom. U.S. ships had been protected by Britain’s navy until 1775, and because the U.S. did not have a large enough navy to shield its merchant ships, America had to pay tribute to the privateers. When the U.S. refused to pay tribute to the pasha of Tripoli in 1801, that state declared war on America.

After a series of U.S. sea and land victories, a peace treaty was signed in 1805. Another war with the Barbary States would break out a decade later and last just three days, ending in an American victory.