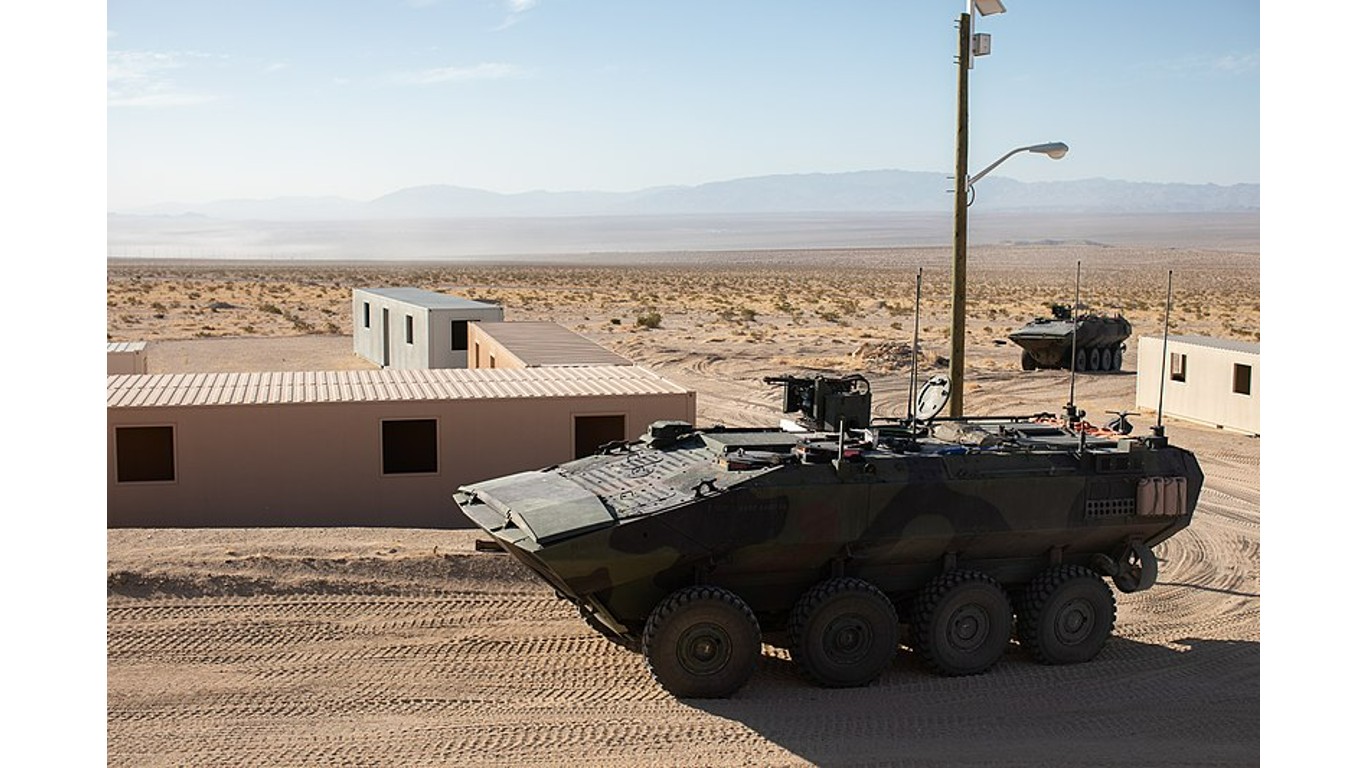 This base was built at the site of a former airbase used to train glider crews and Army pilots during World War II and was later as a bombing range for the U.S. Navy. The U.S. Marine Corps took over the site in 1952 as a training center. Today, the combined arms training facility trains Marines also in communications and electronics. 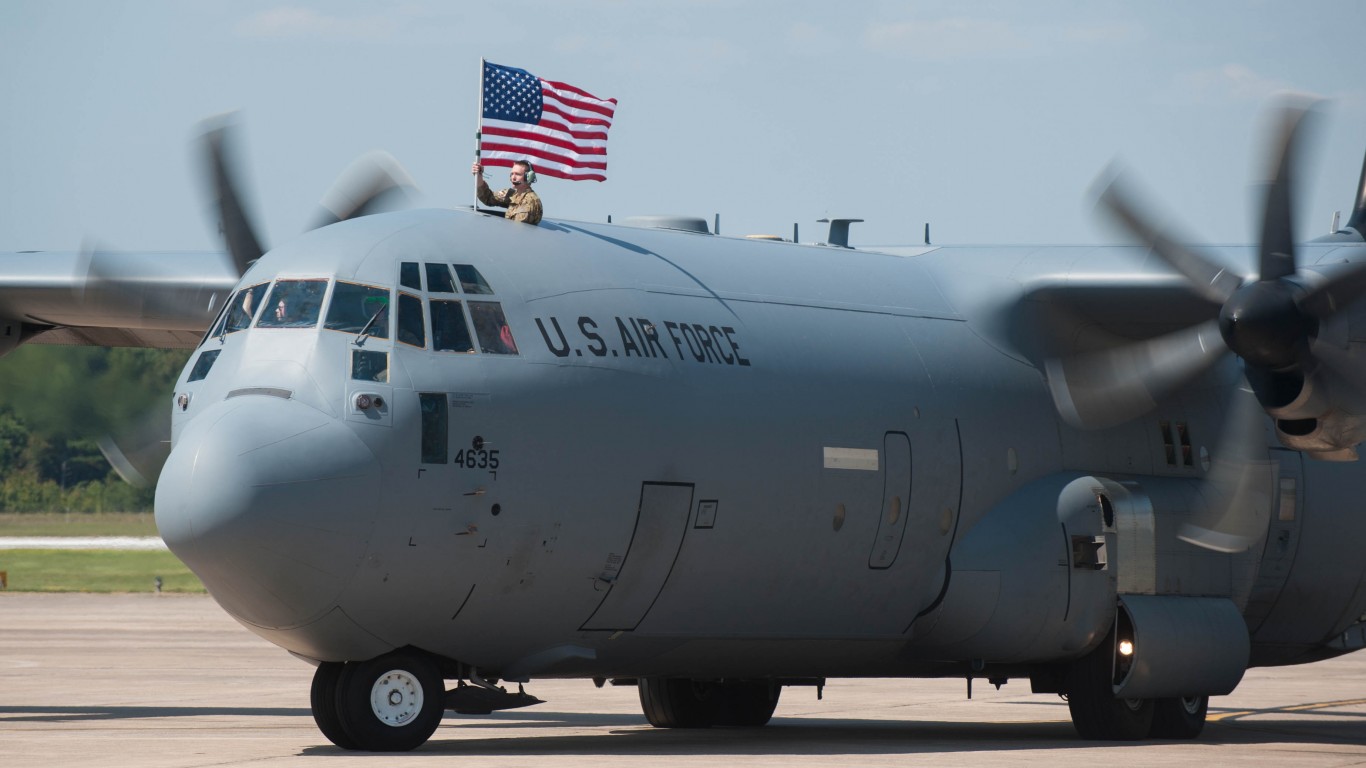 Home to the largest fleet of C-130s, the Little Rock AFB is home to numerous wings and groups of the U.S. Air Force, including the 19th Airlift Wing that can deploy massive transport aircraft throughout the world. The base trains aircrews, including members of the Coast Guard and service members from dozens of foreign nations.

24/7 Wall St.
The Oldest Military Bases in the United States 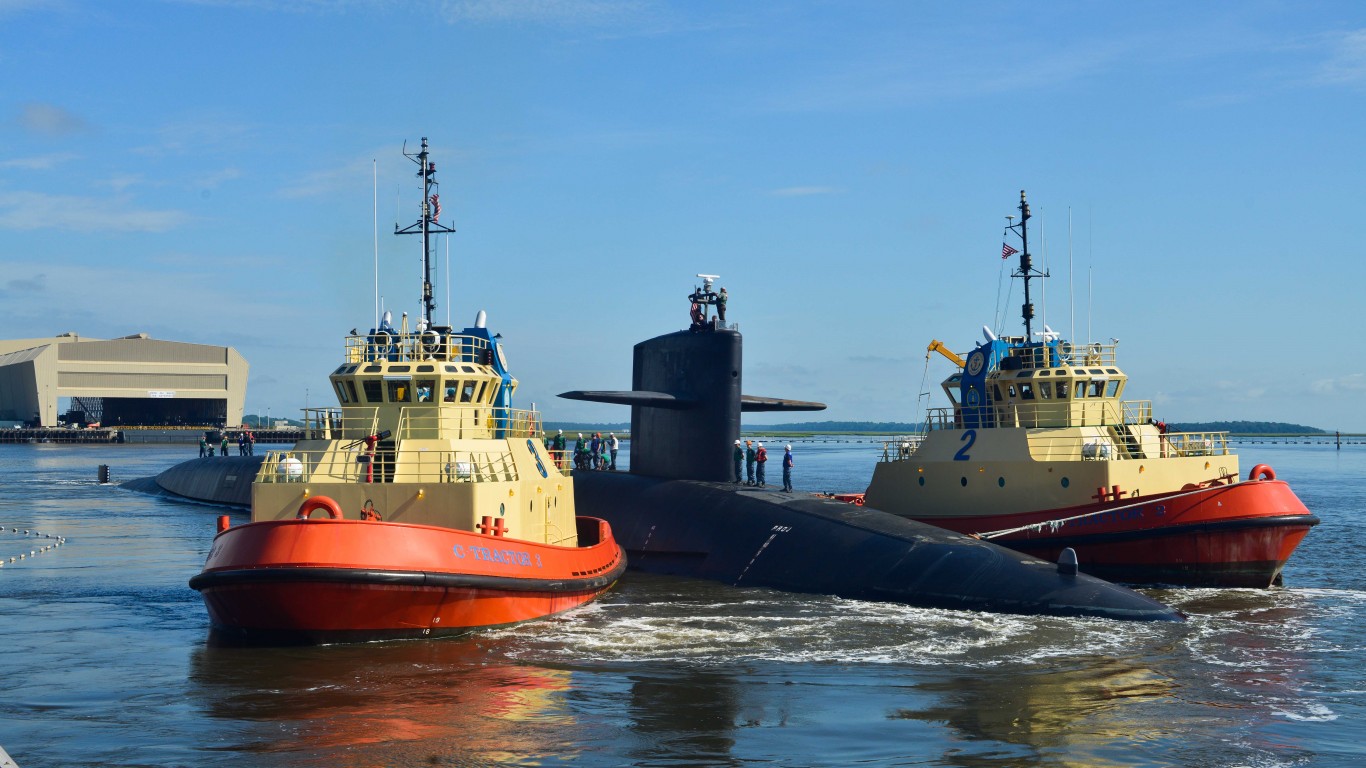 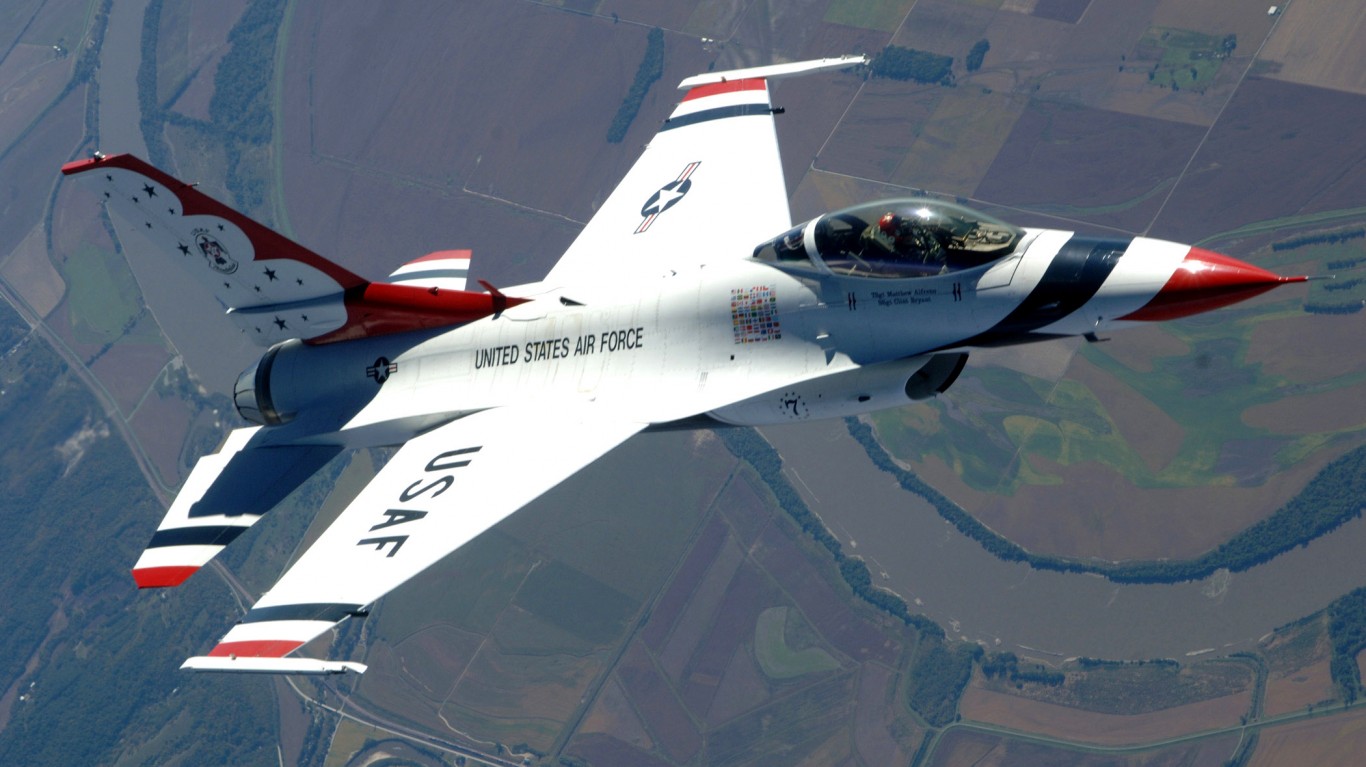 The Grand Forks AFB is home to the 319th Reconnaissance Wing, which provides operational and infrastructural support for the Global Hawk high-altitude remotely piloted surveillance aircraft. The Global Hawk is still used over Afghanistan in intelligence, reconnaissance, and surveillance operations following the U.S. pullout of ground forces in August 2021. 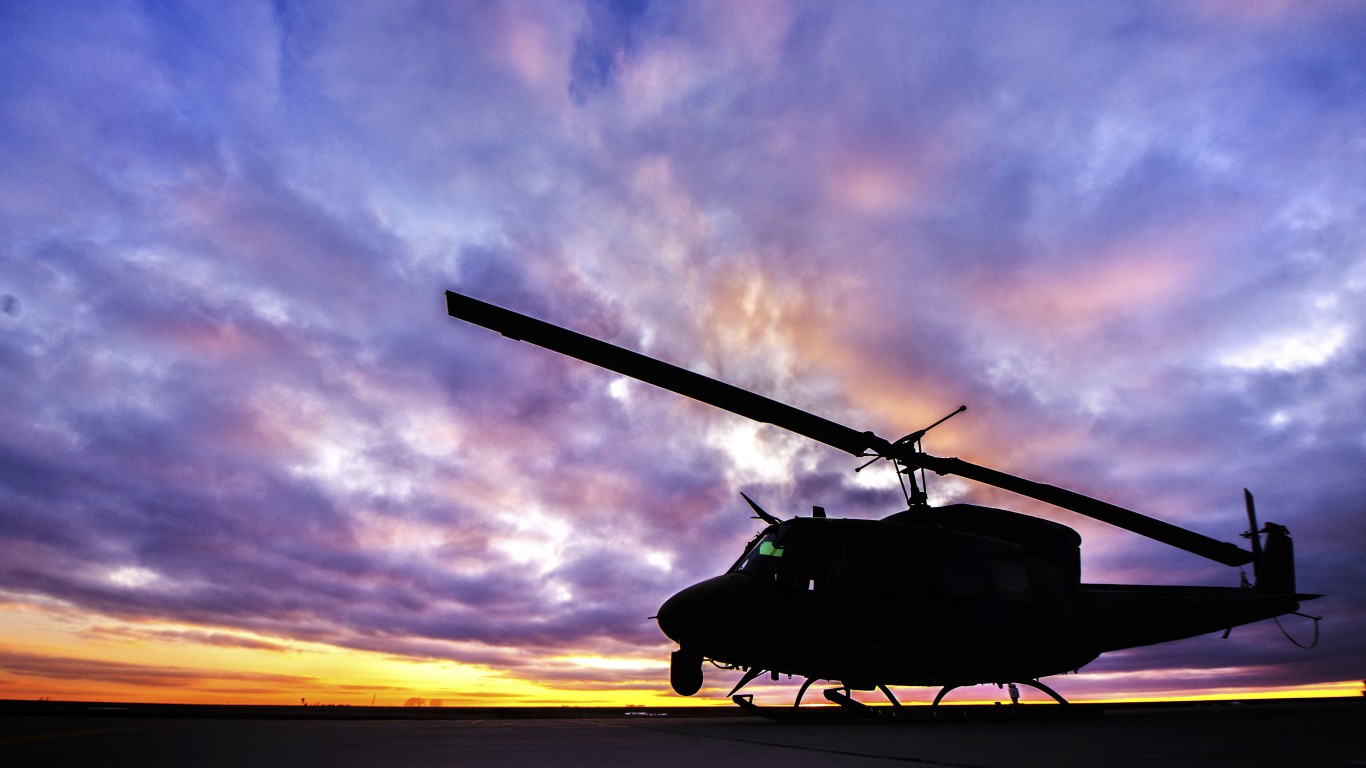 The Minot AFB is the headquarters of the 5th Bomb Wing Mission and its fleet of B-52H Stratofortress bombers, which can be deployed to anywhere in the world to deliver precision nuclear guided bombs and other types of ordnance and munitions. Base units also maintain and operate the Minuteman III ICBMs located in underground launch facilities scattered across the northwest part of the state as well as other advanced cruise missiles.