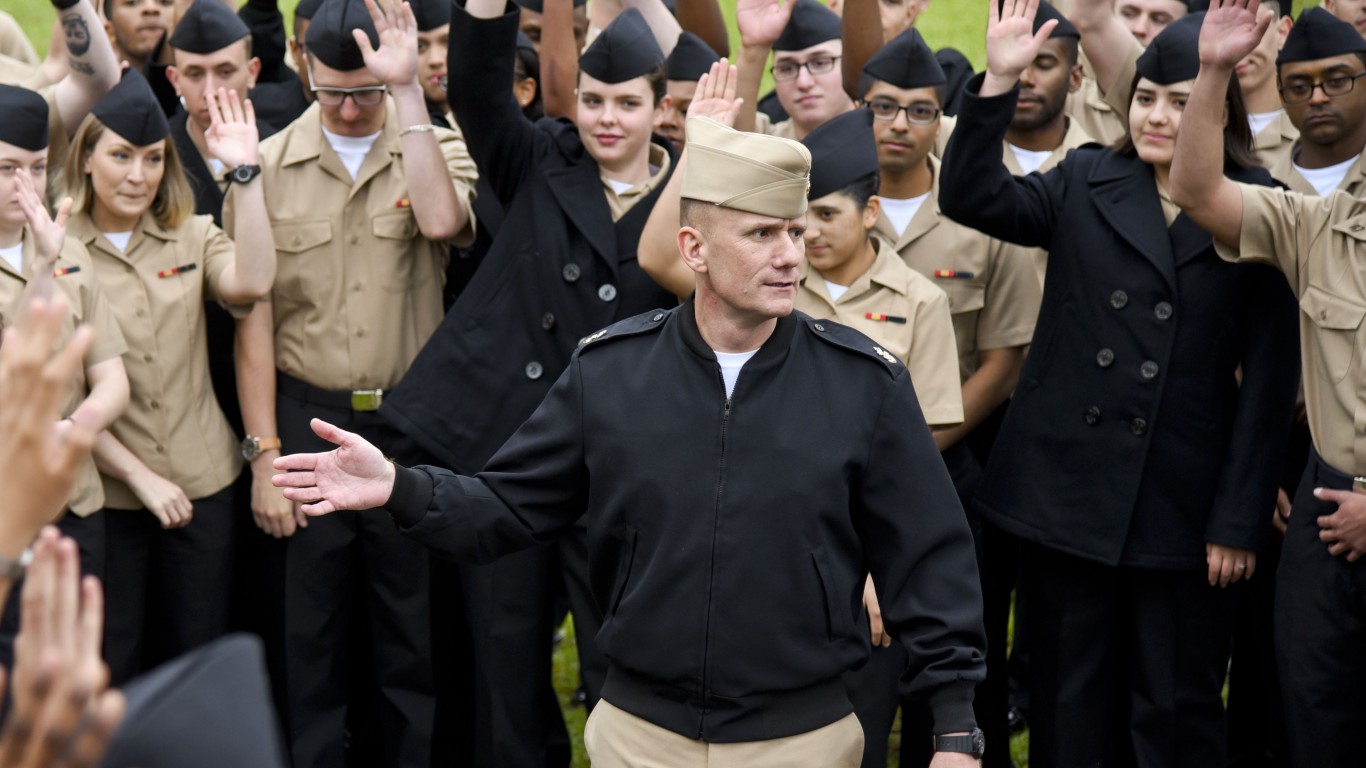 Initially opened as an airfield in 1961, the NASM grew to become an official Naval Air Station in 1967. It is one of the U.S. Navy’s air strike fighter pilot training centers and operates a military airport for this purpose. The base also has a counterdrug training center and a support center for naval operations. 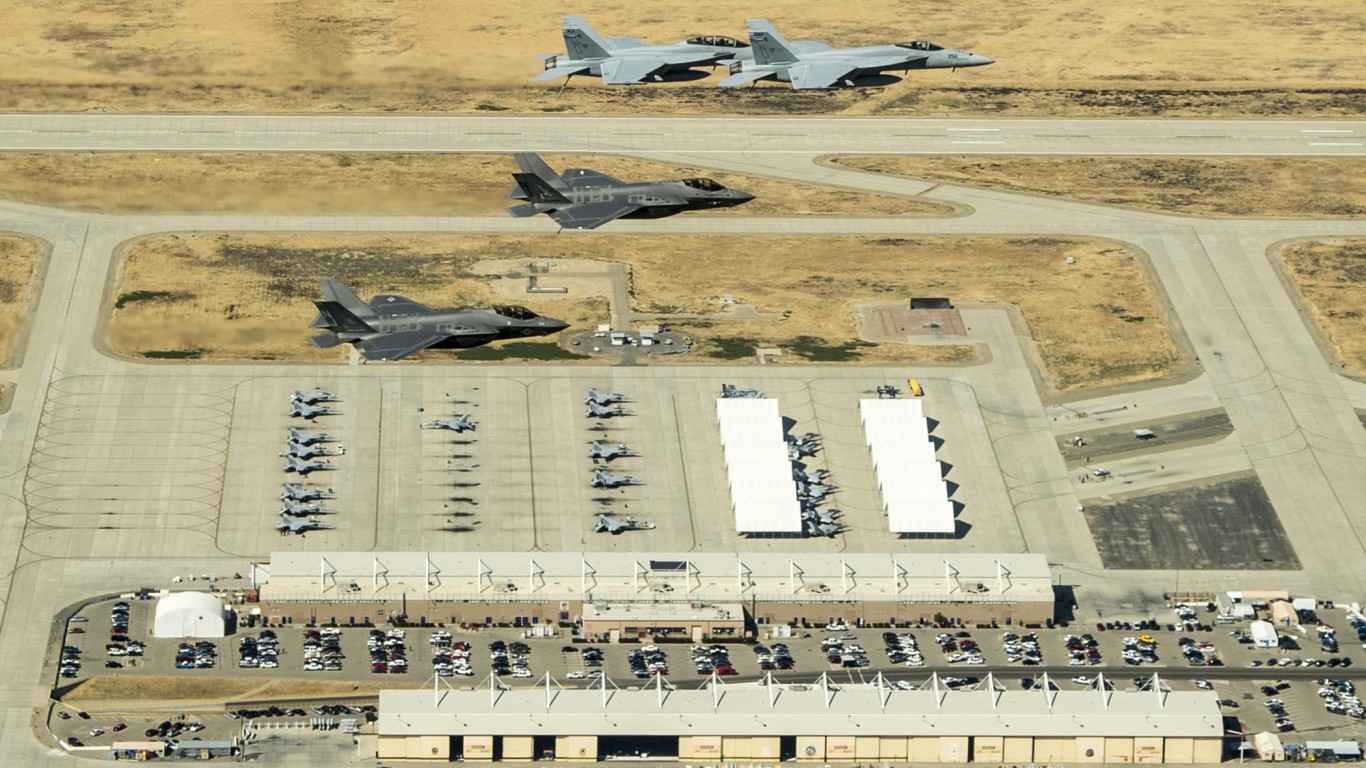 Initially established to support the U.S. Navy Pacific Fleet, NAS Lemoore provides support to the Strike Fighter Wing Pacific that maintains combat-ready carrier- or shore-based warplanes in the Pacific Rim. Lemoore was identified as an ideal central California location because it has ideal year-round weather for aircraft deployment and less air traffic.

24/7 Wall St.
The 12 Newest Weapons in the US Military’s Arsenal 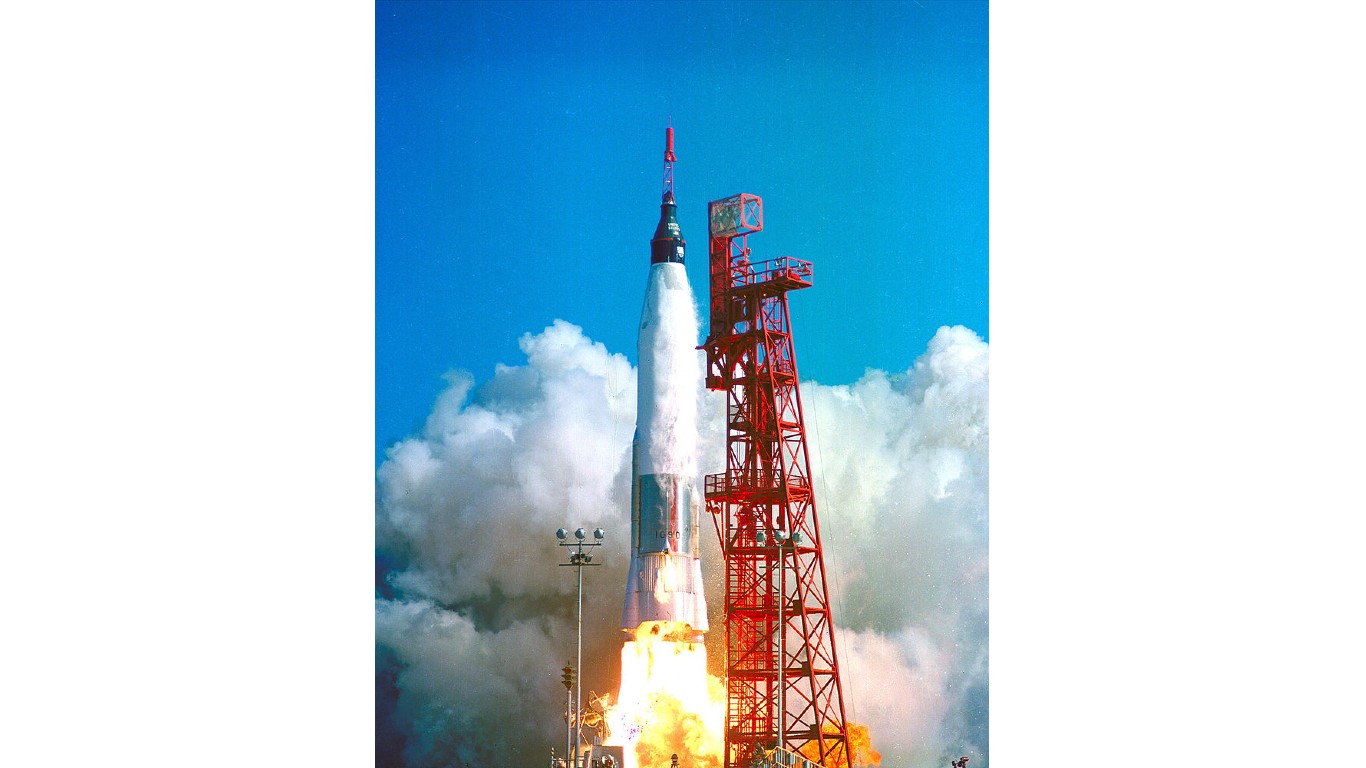 The Los Angeles AFB was first designated as an Air Force air station on the site of a former air research development command center dating back to 1954. It was re-designated an air force base in 1987. The base includes Fort MacArthur, 20 miles to the south of the main base. The base supports U.S. Space Force operations. 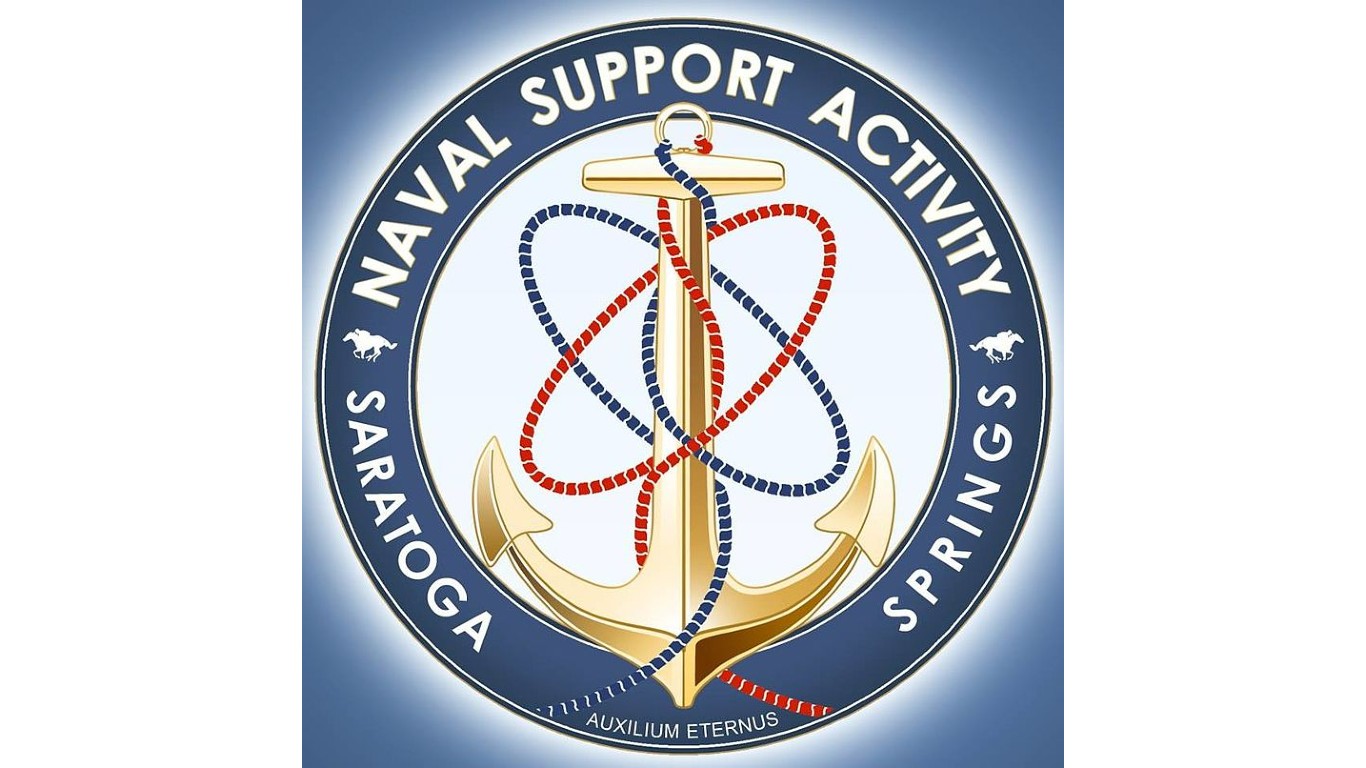 NSA Saratoga Springs supports naval command activities in New York’s Capital Region in upstate New York. The base provides support to the nearby Naval Propulsion Training Unit in Ballston Spa, New York, one of two facilities used to train officers in the design, operation, and maintenance of nuclear propulsion systems used by submarines and aircraft carriers. 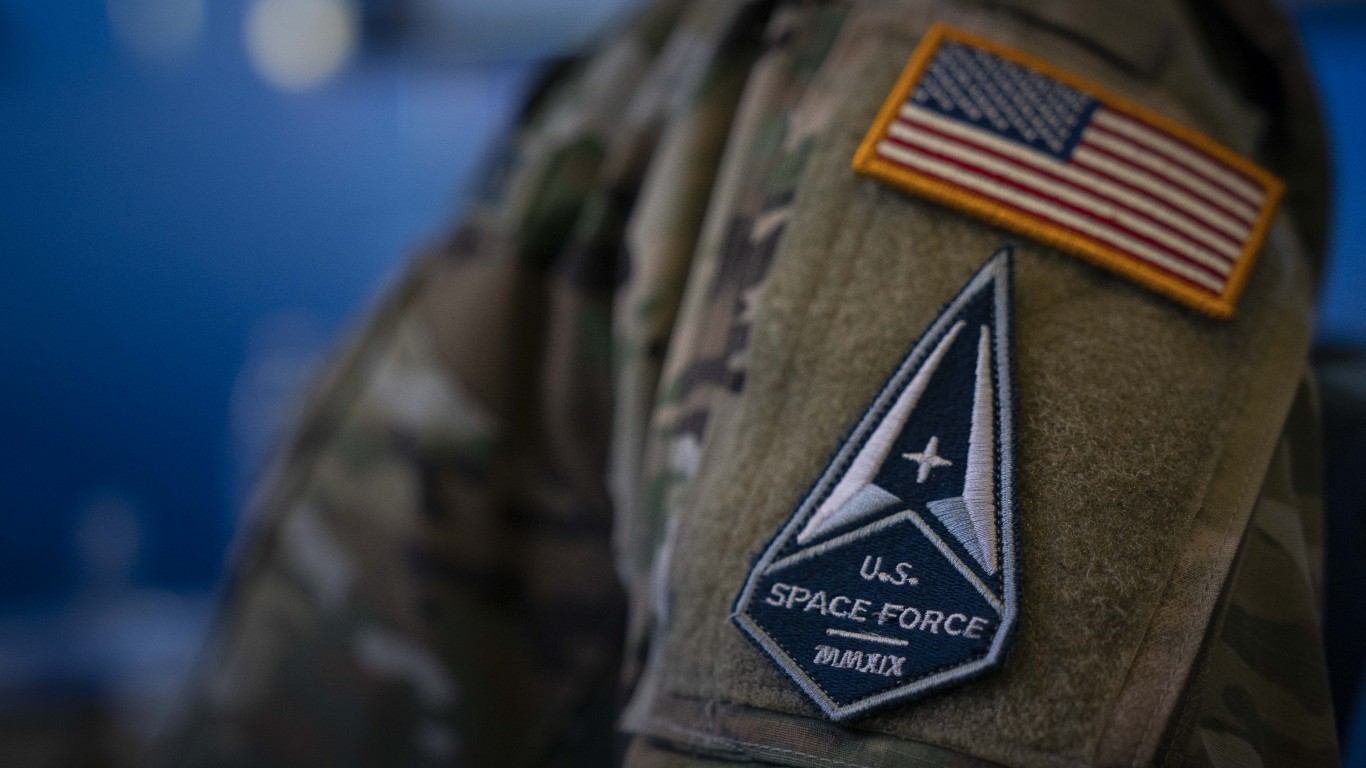 Though the U.S. Space Force was established in 2019 as the eighth and most recent U.S. military branch, the Schriever Space Force Base was always intended to be part of military space programs dating back to the 1970s, when the Department of Defense sought to consolidate operations involving military satellites. The name of the base was changed in 2021 to reflect its realigned affiliation from the Air Force to the new Space Force.