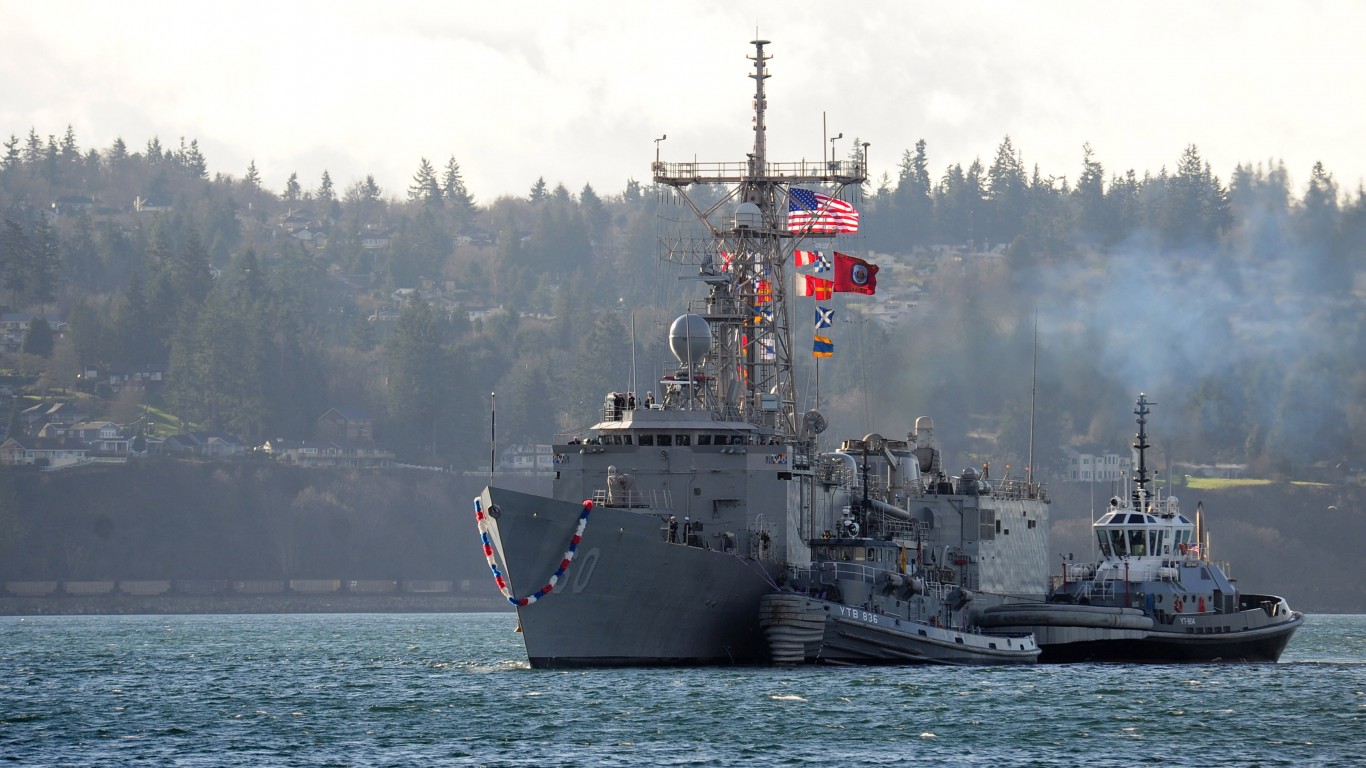 NS Everett was selected as an ideal location on the West Coast for homeporting a naval battle group. The base is currently the home port of seven guided missile destroyers, including the USS John McCain, and two Coast Guard ships used for patrolling the Northwest coast and tending to navigational buoys.