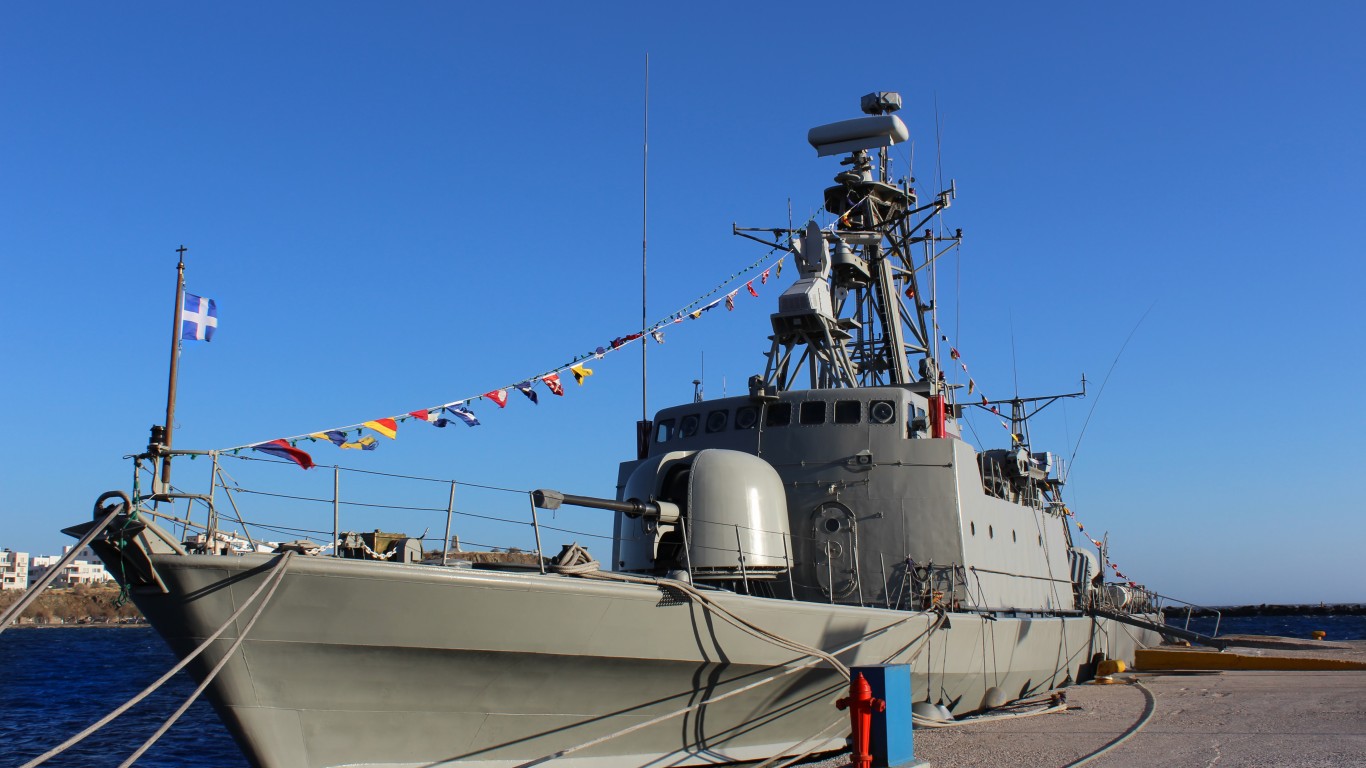 The Greek Navy assembled in the straits around Salamis island. The navy numbered 381 triremes – oared warships – and was among the largest at the time. Led by Themistocles, the more maneuverable Greek vessels routed a larger Persian fleet. It was one of history’s great tactical victories, and it stopped the Persian invasion of Greece. 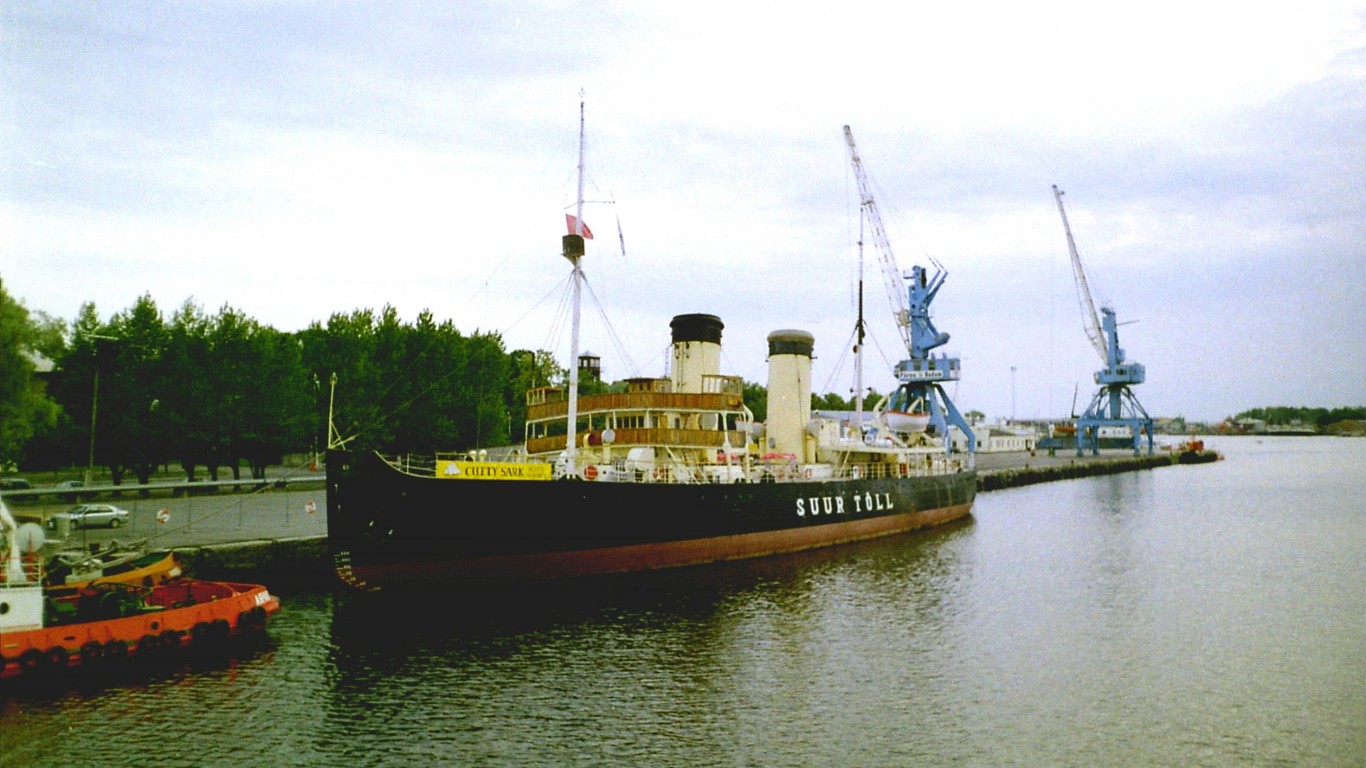 After the creation of the German Empire in 1870, Germany was the greatest land power in Europe. Even though the Royal Navy ruled the waves, Kaiser Wilhelm II committed Germany to a shipbuilding program in the 1890s that would eventually challenge Great Britain.

After WWI began, the Imperial German Navy stayed mostly in port, except for meeting the Royal Navy in the Battle of Jutland. Germany sank more ships than the British, but the Germans broke off the fight and returned to port and never engaged the Royal Navy again. The German Empire shifted its naval strategy to building submarines – 140 at peak strength – to attack transport ships bound for Great Britain in an attempt to starve the British into submission.

ALSO READ: These Are the Worst Disasters in Naval History 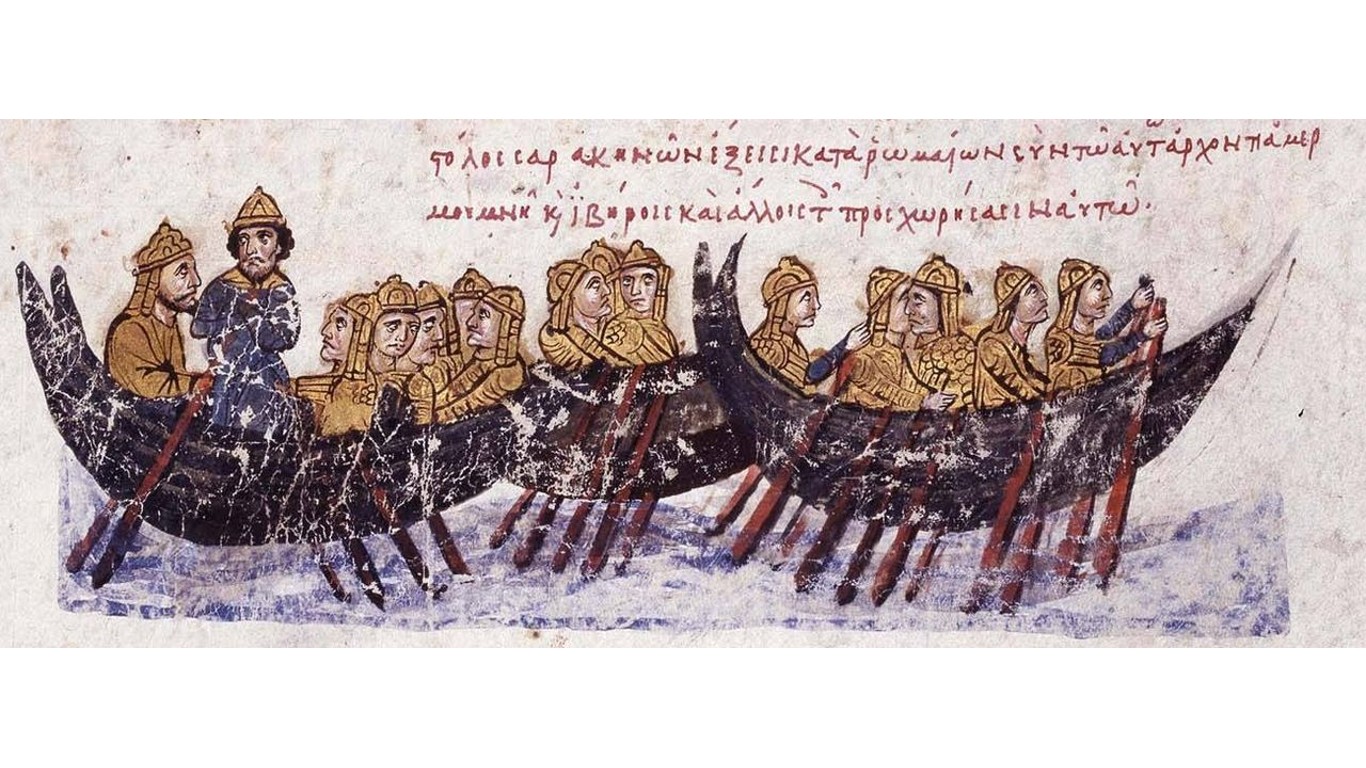 Constantinople was the capital of the Byzantine Empire, and because it had water on three sides, the empire required a strong navy. Though Byzantine warships were fairly typical oar-driven galleys of the time, they had a weapon that gave them an advantage over rivals – Greek fire.

The highly flammable mixture was tossed on enemy ships in pots via catapults, becoming white hot on contact. This terrifying weapon enabled the Byzantine navy to hold sway over the Black Sea and the eastern Mediterranean for centuries. The Byzantine navy swelled to 500 ships by 655 A.D., when it lost the Battle of the Masts to a Muslim fleet. 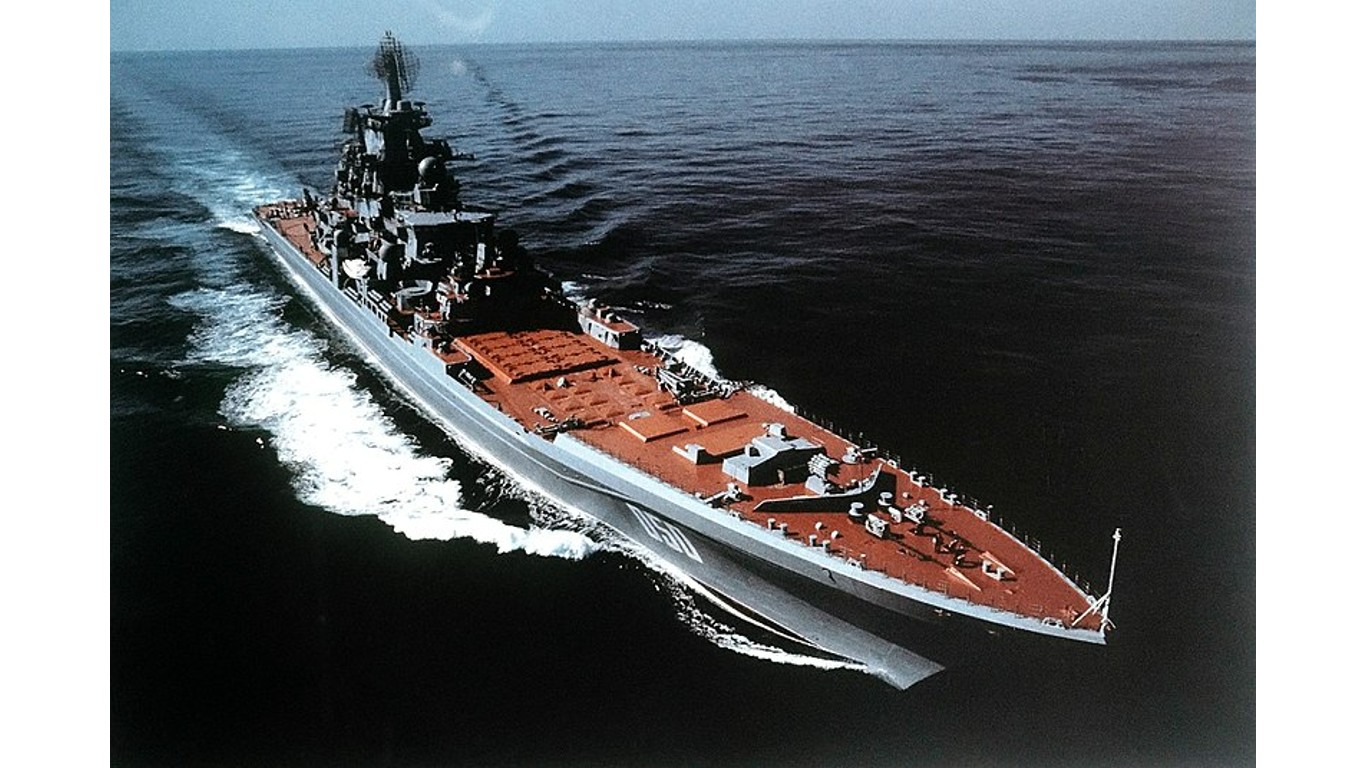 The Soviet Navy Red Fleet began a massive upgrade once WWII was over and the Cold War was heating up. From the Soviet perspective, the communist nation needed a bulked-up navy to support communist regimes emerging in former colonies in Asia and Africa.

By the end of the Soviet Union in 1990, its navy had swelled to about 600 ships, many of them ballistic-missile carrying submarines that remain among the most lethal even in Russia’s current arsenal. Virtually all of the ships became part of the modern Russian Navy, and Russia today lives with the legacy of trying to mothball a fleet too big to upgrade. 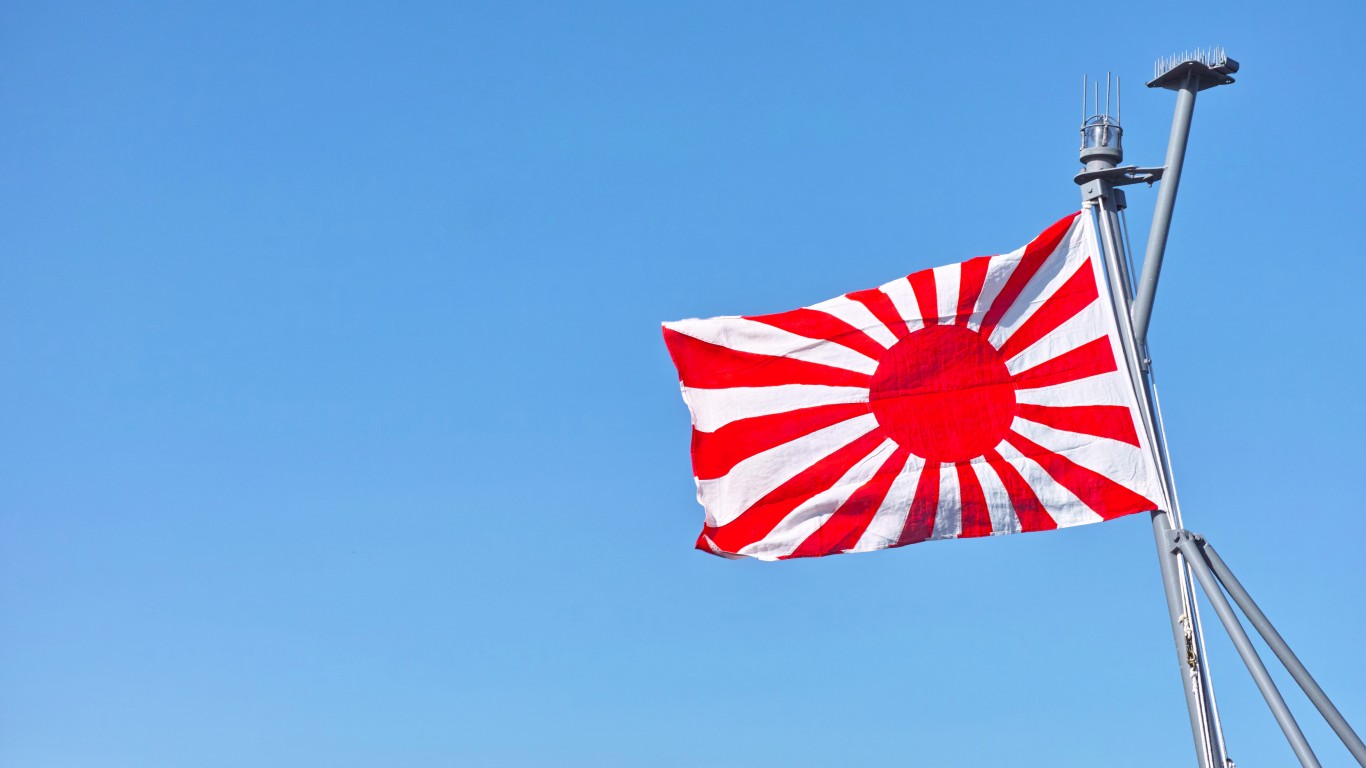 Japan is an island nation like England, and like the British, the Japanese amassed a large navy. The Imperial Japanese Navy, constructed between the world wars, was one of the most powerful navies of all time. At the start of WWII, Japan possessed 10 aircraft carriers, 12 battleships, including the powerful Nagato class, and many modern cruisers, destroyers, and submarines.

The IJN rolled up victories at Malaya, Pearl Harbor, and the Solomon Islands before American military and industrial might overwhelmed Japan.