The 19 Ships and Submarines in US Naval Fleet 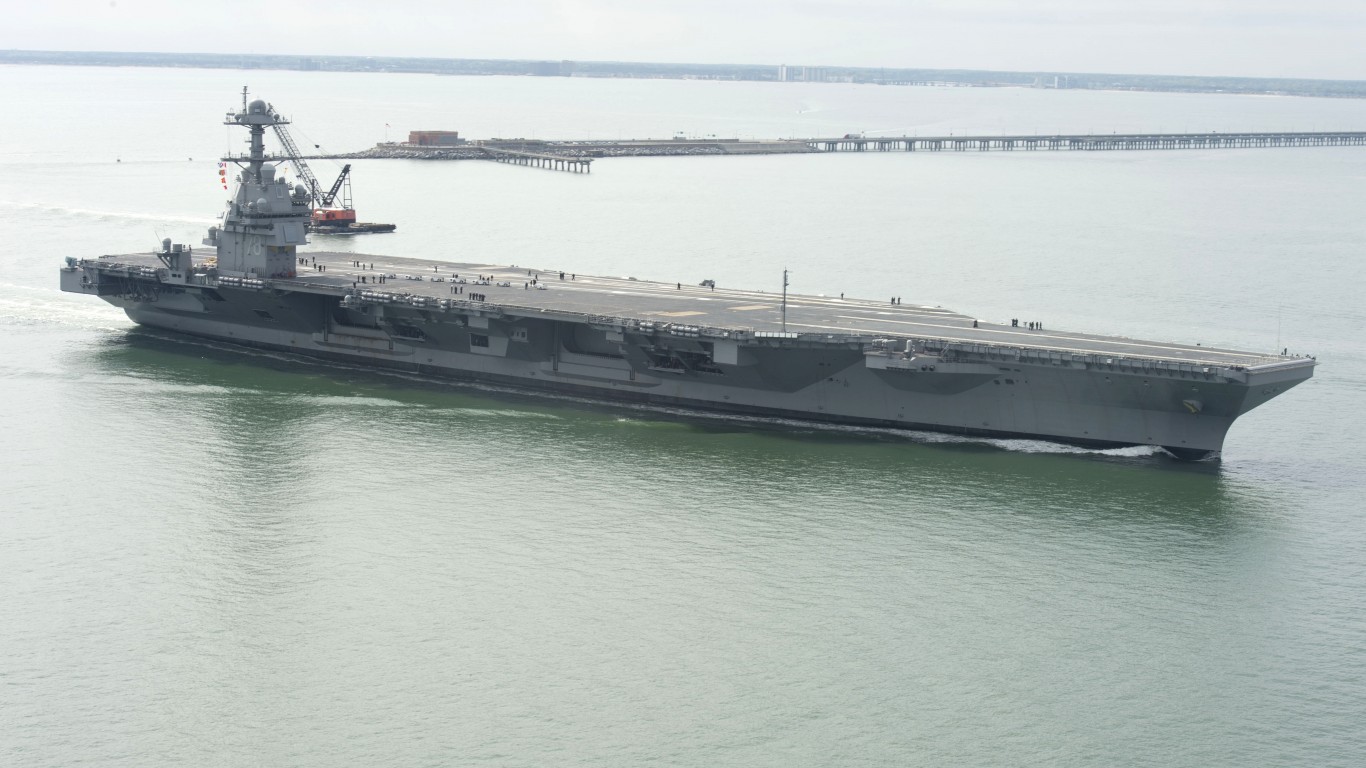 The first of this latest class of nuclear-powered aircraft carriers was delivered in 2017, and nine more are in the works. Built by Newport News Shipbuilding, a division of Huntington Ingalls, the Gerald R. Ford-class carrier is replacing the existing Nimitz and Enterprise carriers and is purported to cost less to operate and maintain than its predecessors. 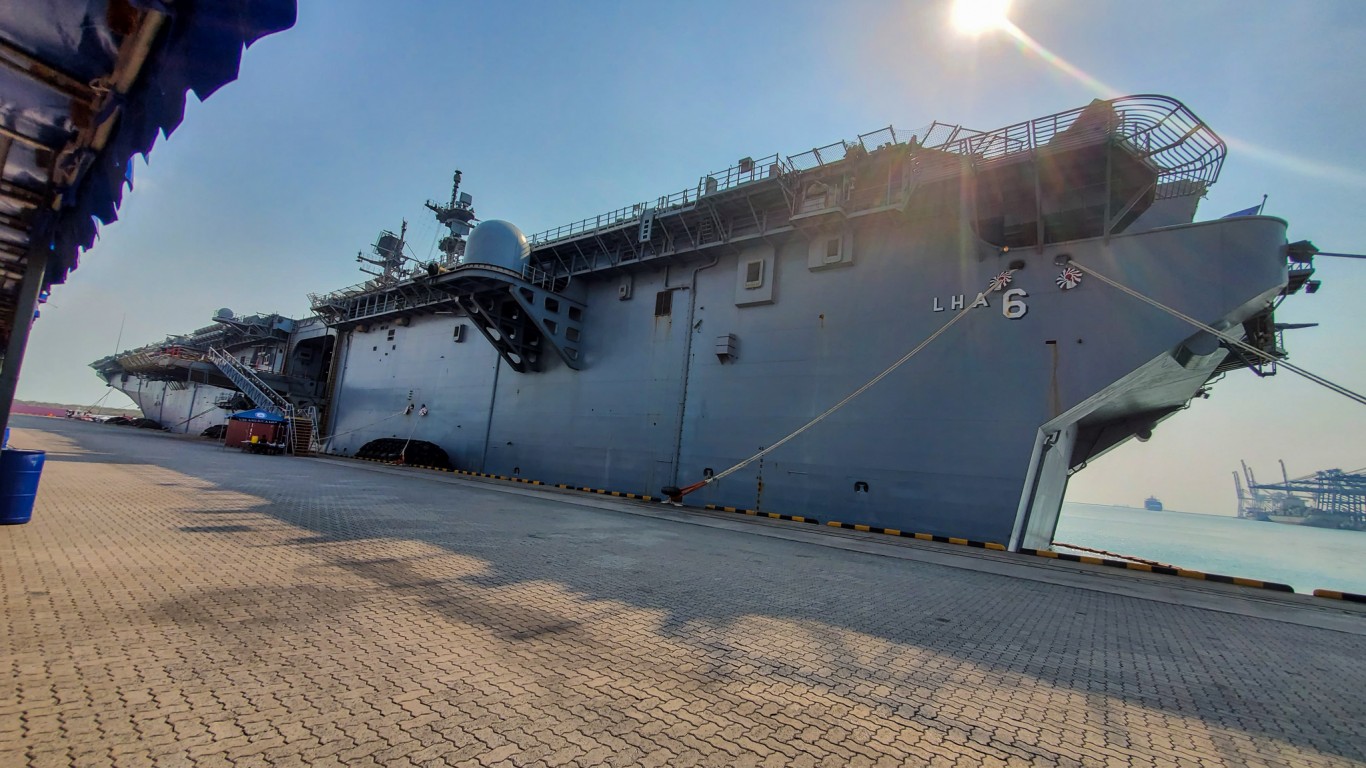 Able to accommodate a number of helicopters , including tilt-rotor Osprey aircraft, the Northrop Grumman-built America-class amphibious assault ship is designed to deliver Marines to shore. It is also fitted with a Raytheon-built self-defense system. The ship is essentially a floating aircraft hangar that can be reconfigured to act as a command-and-control center, an aviation maintenance site, a fuel storage facility, or a hospital.

24/7 Wall St.
The Biggest Naval Battles of All Time 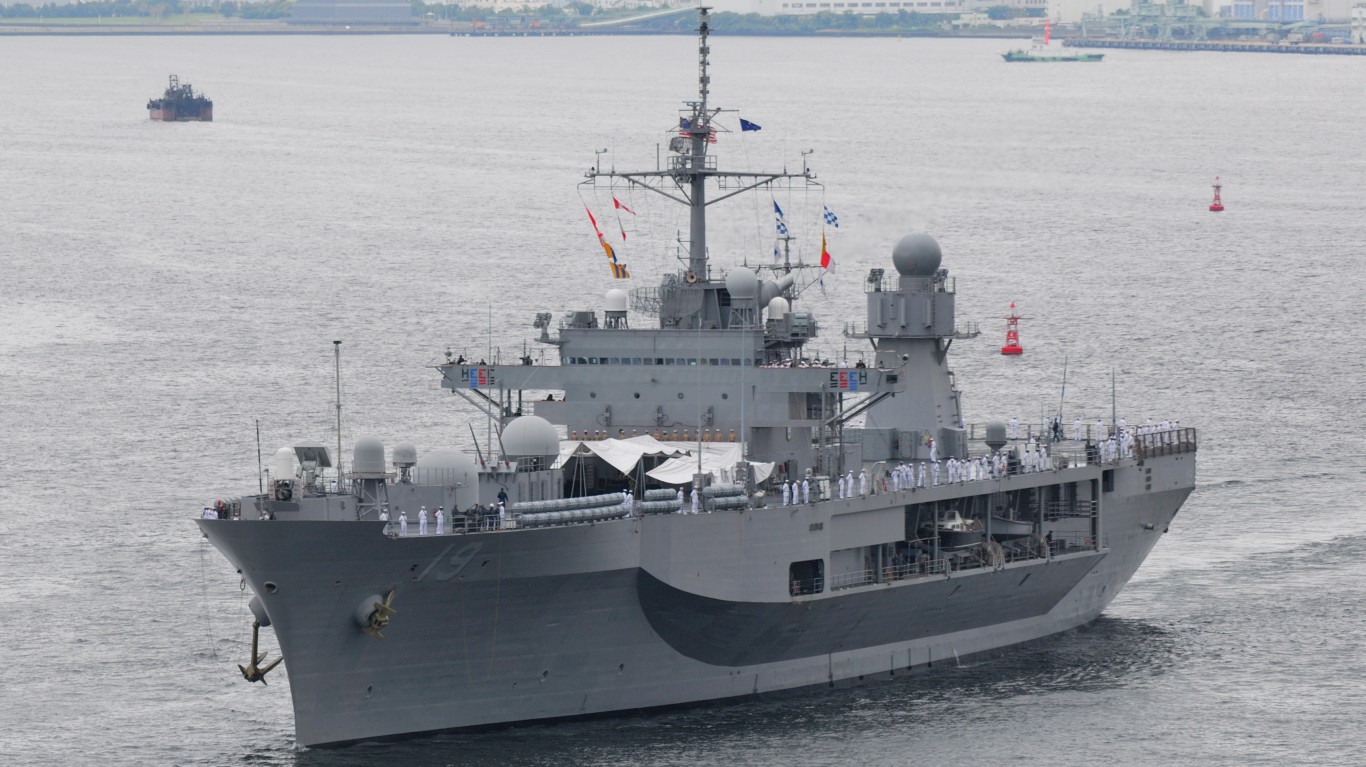 The Blue Ridge is the only U.S. naval vessel that was designed from the start to act as a command-and-control center for amphibious assaults. Built by Newport News Shipbuilding, it was the most advanced U.S. naval command vessel when it first took to the waves in 1971, and unlike its predecessors, it could keep up with an amphibious force traveling at 20 knots. 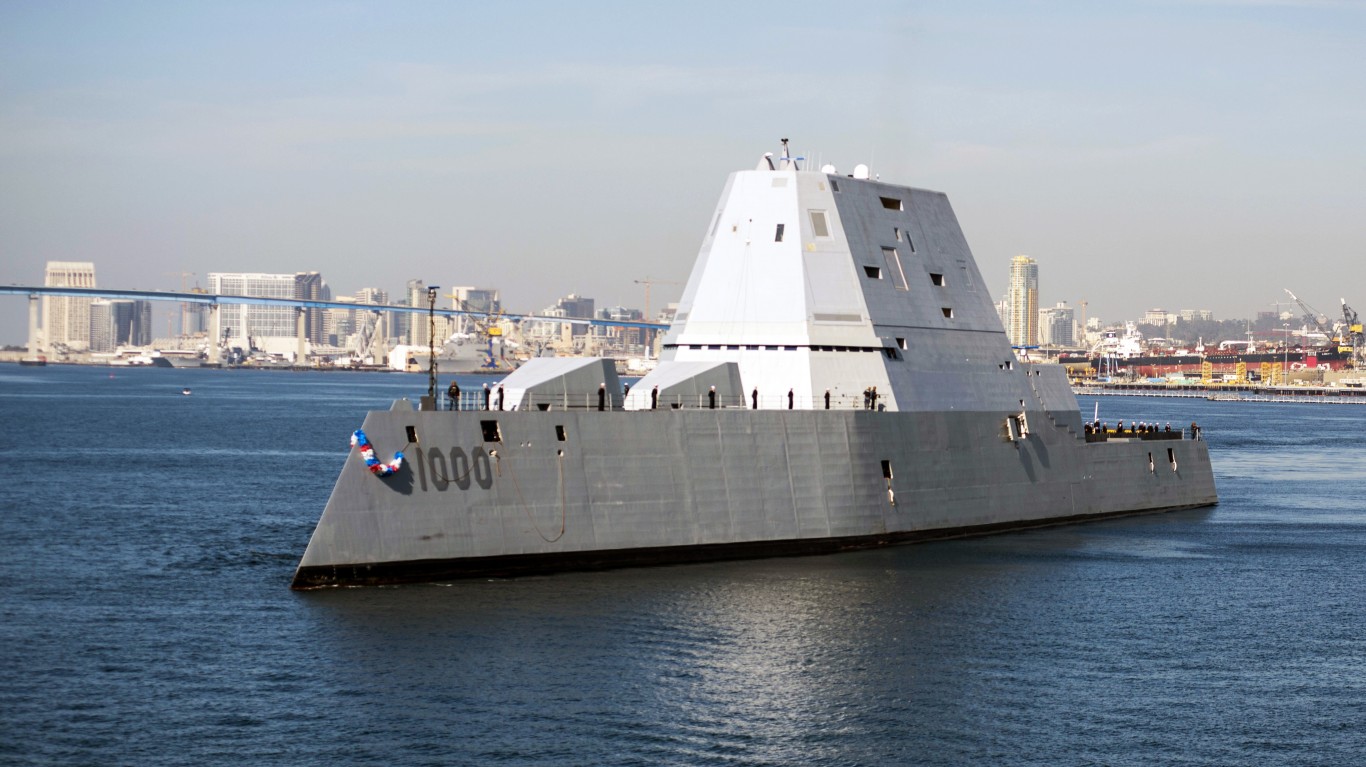 The Zumwalt-class guided missile destroyer is named after the late Adm. Elmo Zumwalt, who at 49 became the youngest four-star admiral and the youngest to serve as Chief of Naval Operations. The vessels’ main goal is to provide anti-aircraft defense for Navy ships. The USS Zumwalt, built by General Dynamics Bath Iron Works, is the world’s largest destroyer. The ship’s unique bow design is purported to make it more stable in rough seas than other surface combat ships. 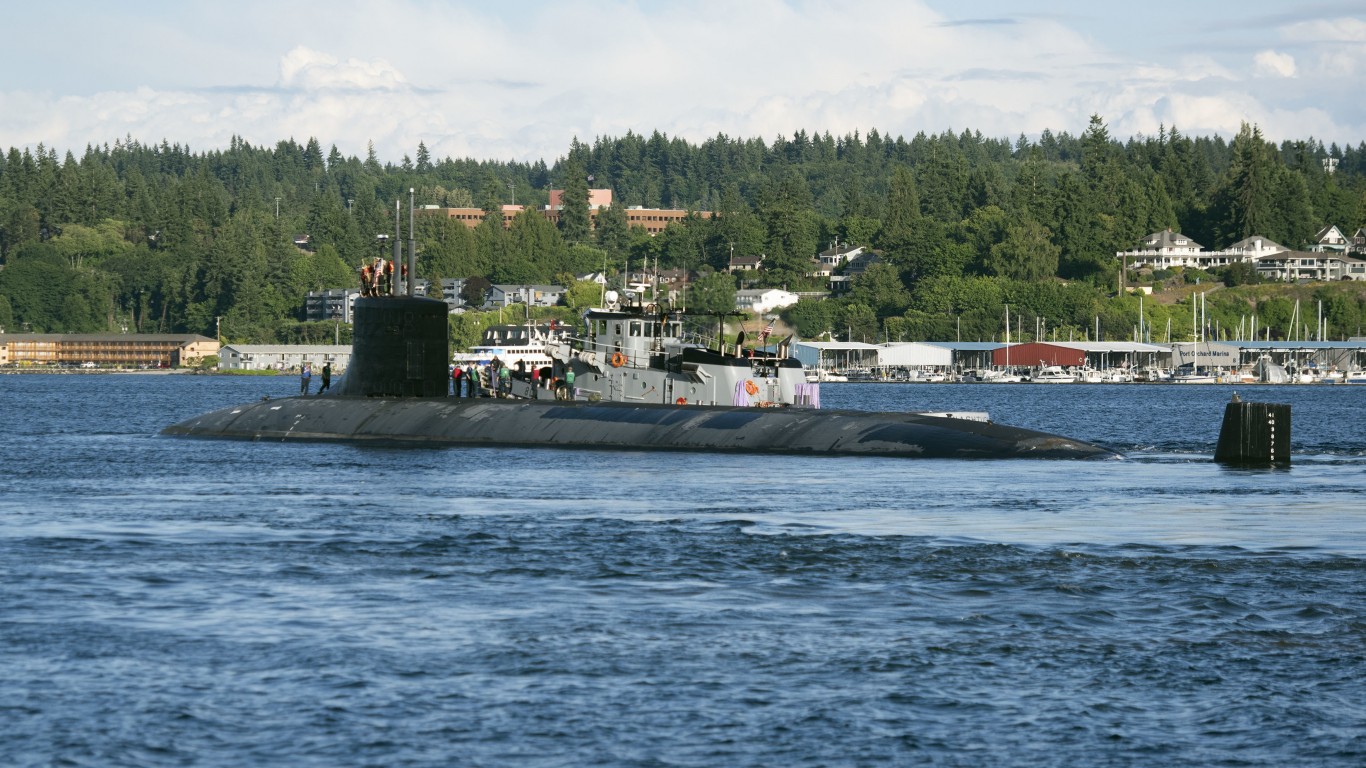 The agile Los Angeles-class attack submarine is the backbone of the Navy’s submarine operations, but Seawolf-class subs are quieter, faster, larger, and are exceptionally good at patrolling the near-shore areas of the littoral (shallower water) zone. The boats constructed by General Dynamics Electric Boat Division are loaded with technology that can be used to conduct classified research and development, and they have more advanced sonar capabilities. Thanks to their staggering $3 billion-per-boat price tag, only three Seawolf subs were built.