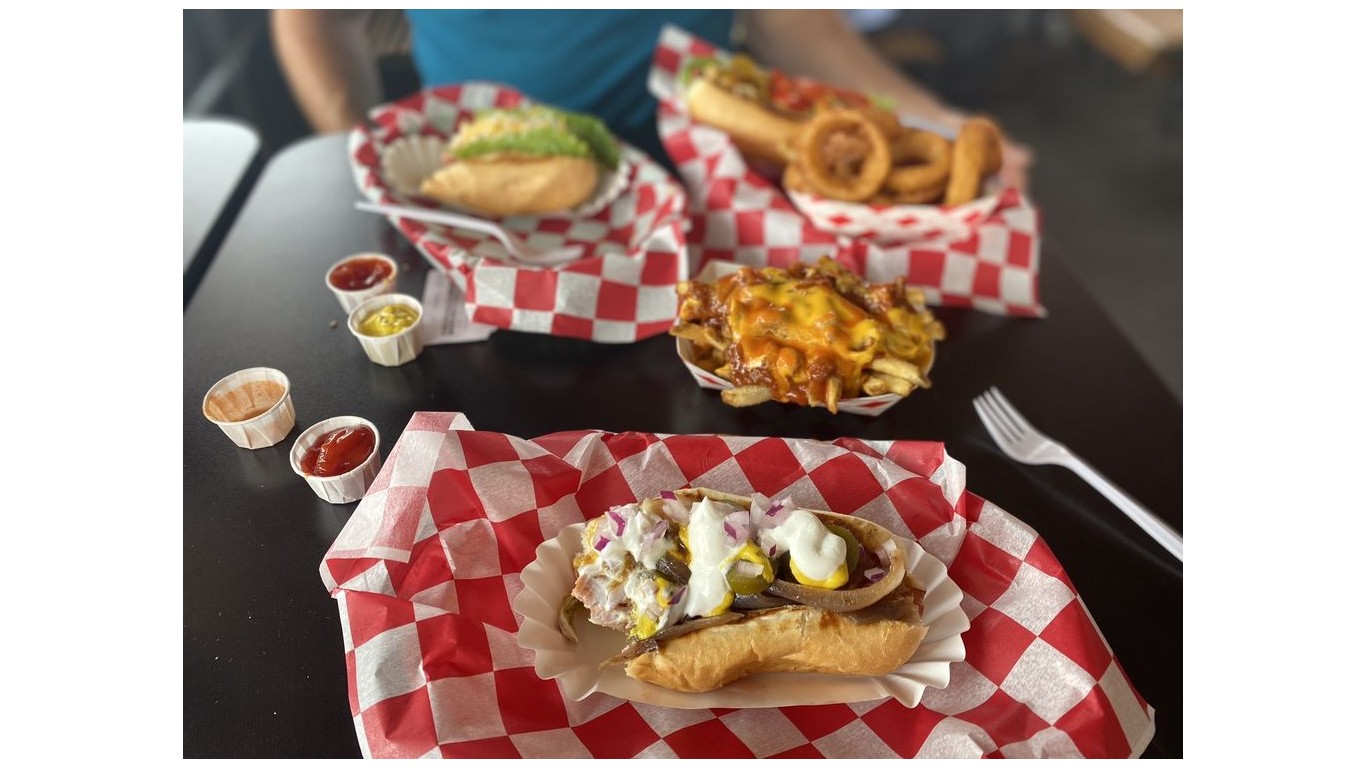 You can get a plain “Snappin’ Dog” here if you want, with a choice of add-ons, but Steve’s also serves such creations as the Atlanta Slaw Dog (with chili, cheddar jack cheese, coleslaw, and red onions) and the Denver Dog AKA “Homey” (a dog with bacon, tomato, jalapeños, chili, and cheddar jack wrapped in a flour tortilla). 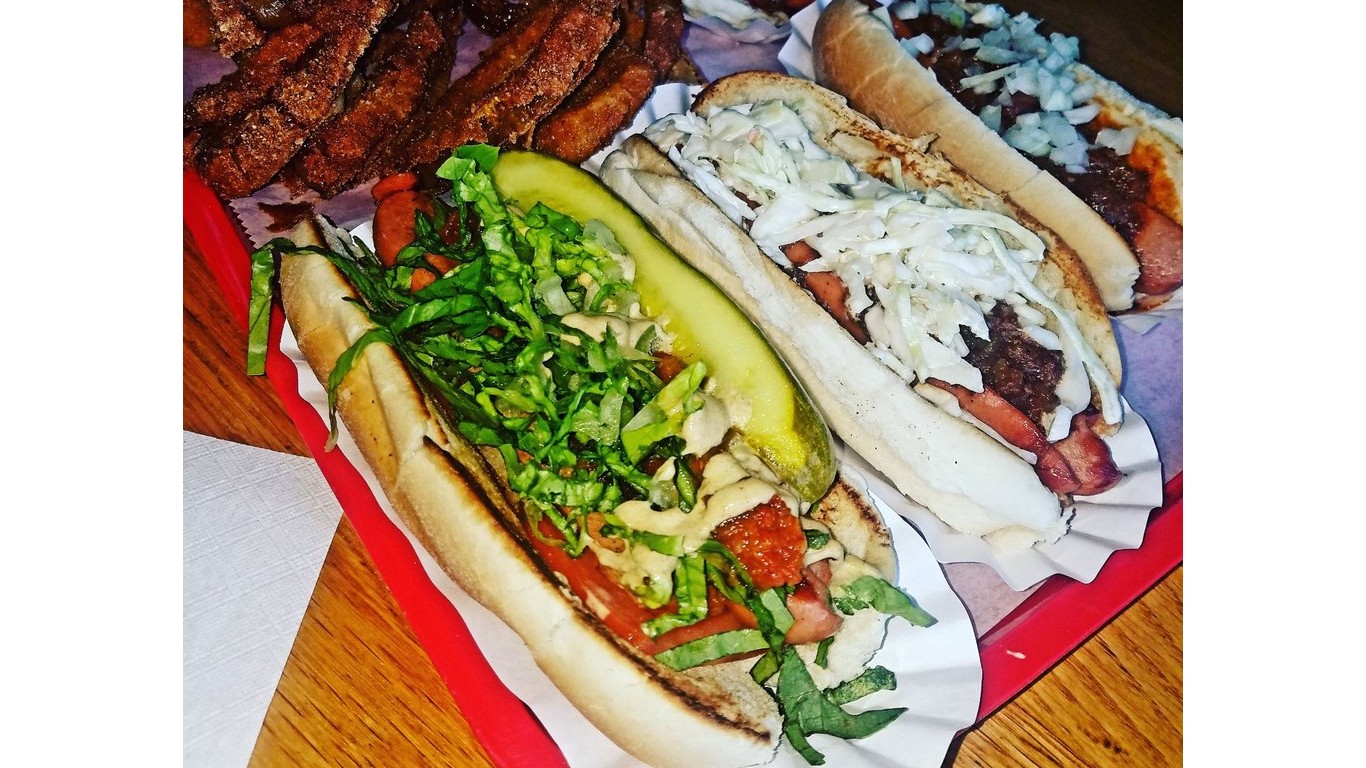 Connecticut may be known for its lobster shacks, but it’s also famous for its many hot dog joints, where the franks are traditionally grilled, sometimes to the point of charring. This example began life as a food truck in 1992, opening as a restaurant eight years later. Specialty dogs include the New Englander (sauerkrаut, bacon, mustard, sweet relish, and raw onion) and the Cincinnatian (Cincinnati-style chili, cheddar, and chopped onions) — and the hand-cut fries aren’t to be missed.

24/7 Wall St.
Signature Dishes From 50 Cities Every American Should Try 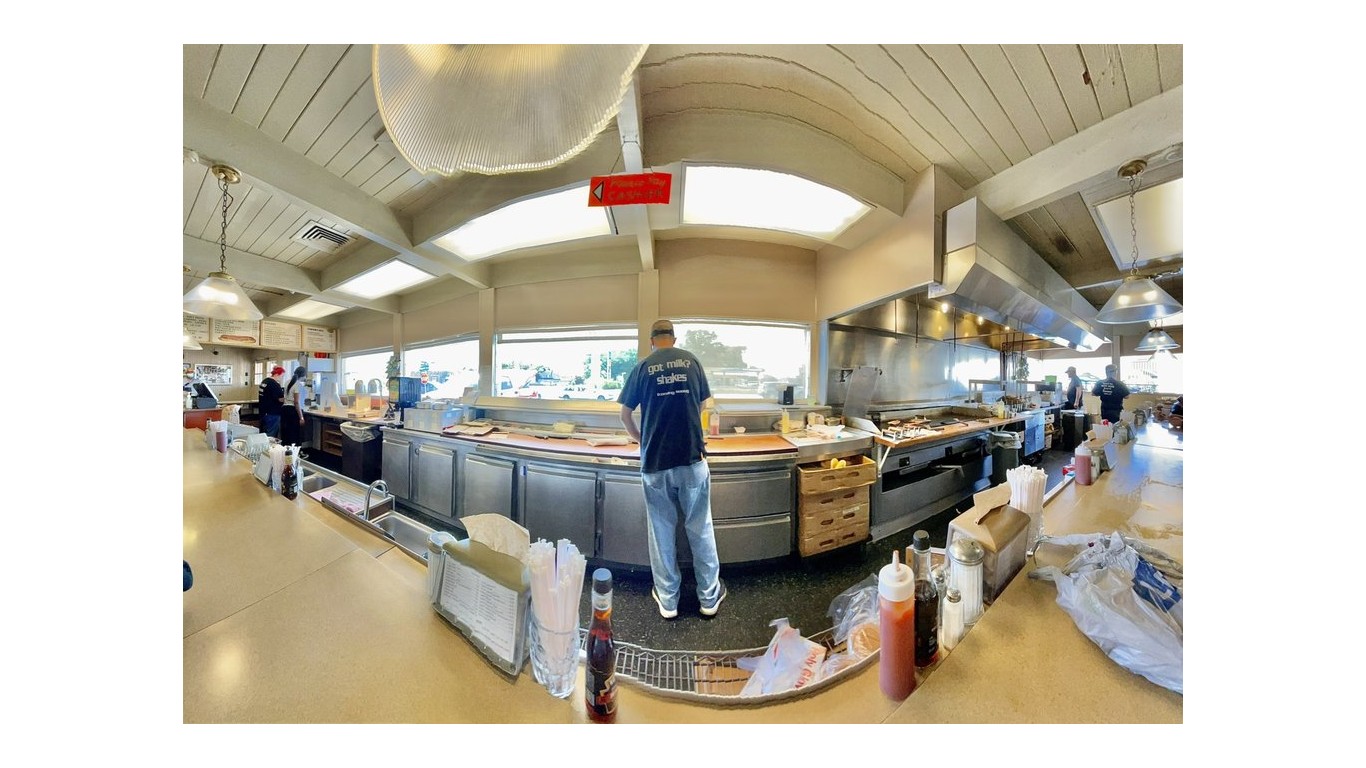 Though a sign outside also billboards burgers, steak sandwiches, subs, and pizza, the headline reads “HOT DOGS Our Specialty!” There’s nothing fancy about them — just top-quality franks with cheese, cheese and chili, or krаut. 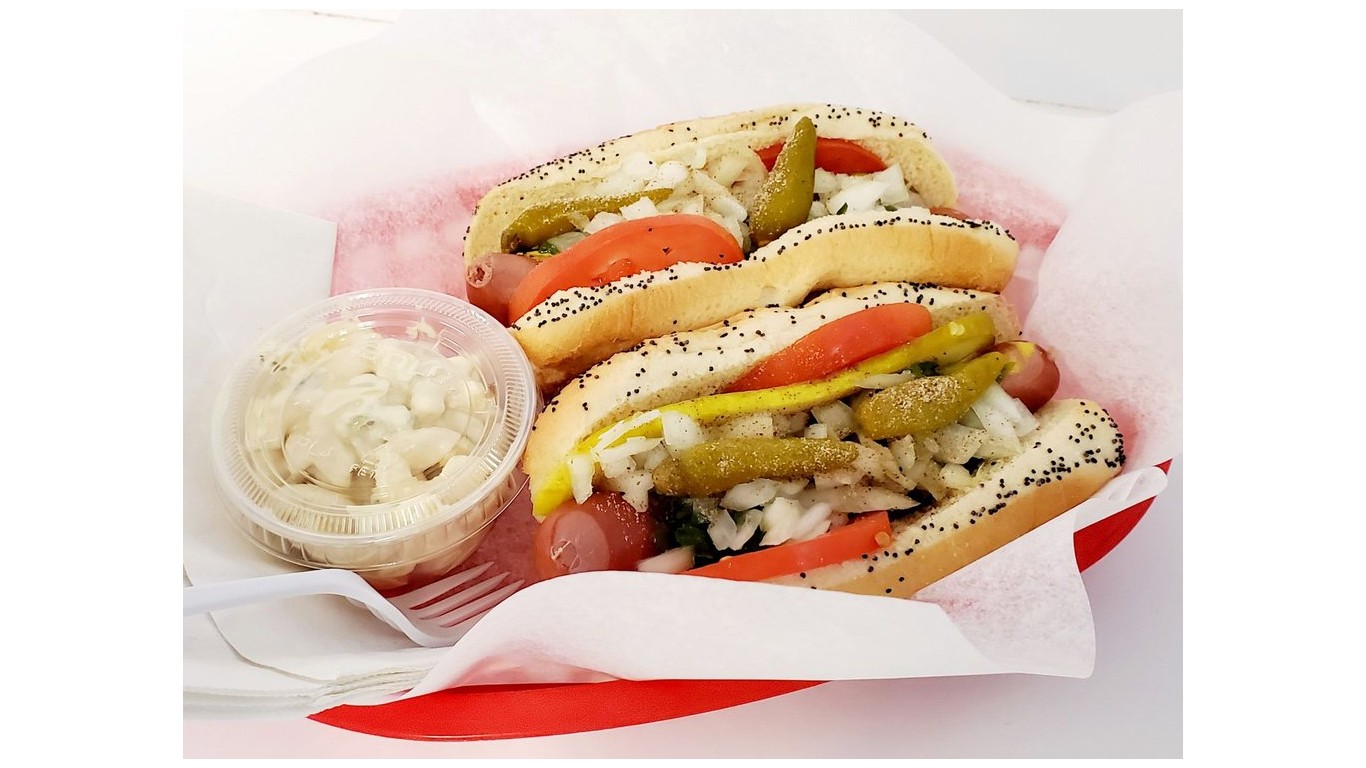 All-beef Vienna hot dogs, done up in the authentic Chicago style, are the thing at this counter-service wiener spot. Both a regular and a spicy option are available (the latter dubbed The Great Chicago Fire Dog), and variations include a cheese and slaw dog, a baked bean and onion dog, and a Reuben dog. 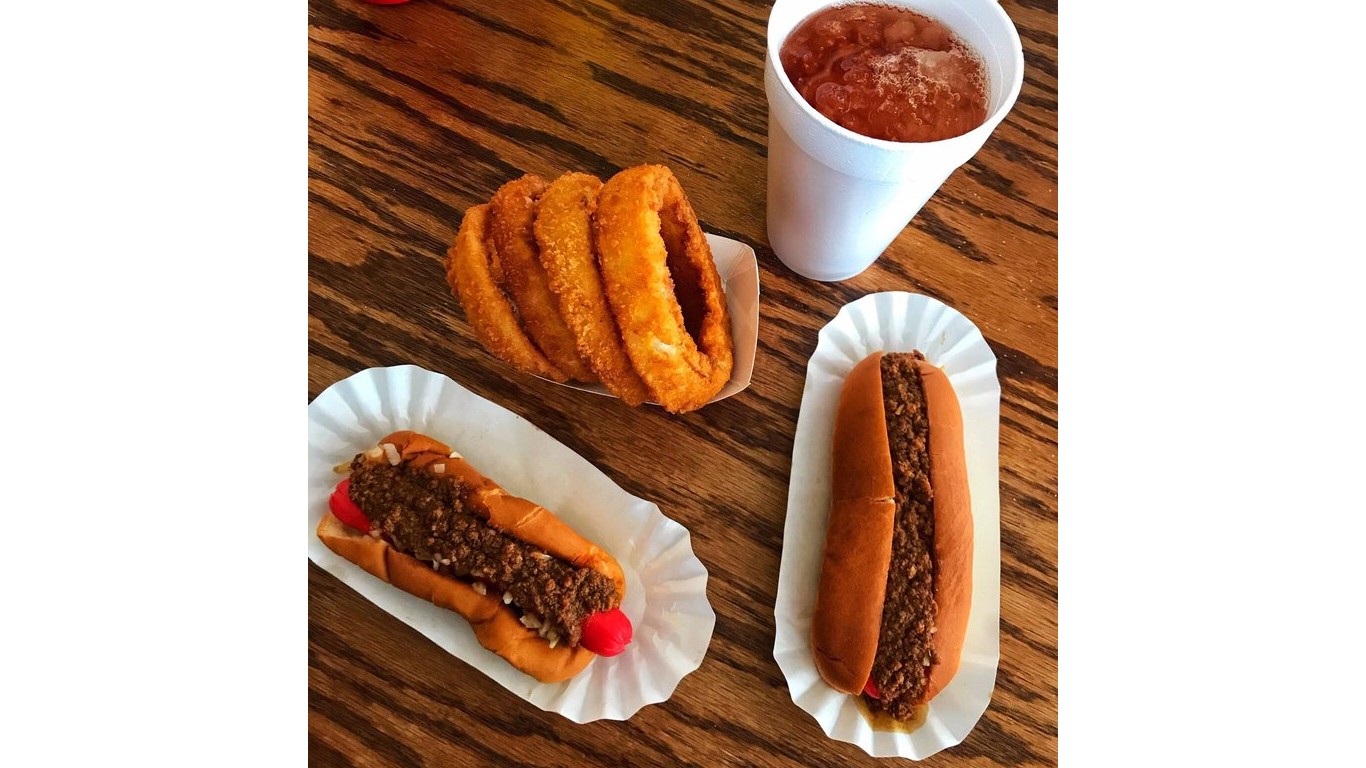 This super-casual counter-service place is chili dog heaven: all the dogs come with (serious) chili, as well as mustard and onions. Onion rings, fries, a burger, and hot fried apple and peach pies fill out the menu.

The Best Pie Shop in Every State