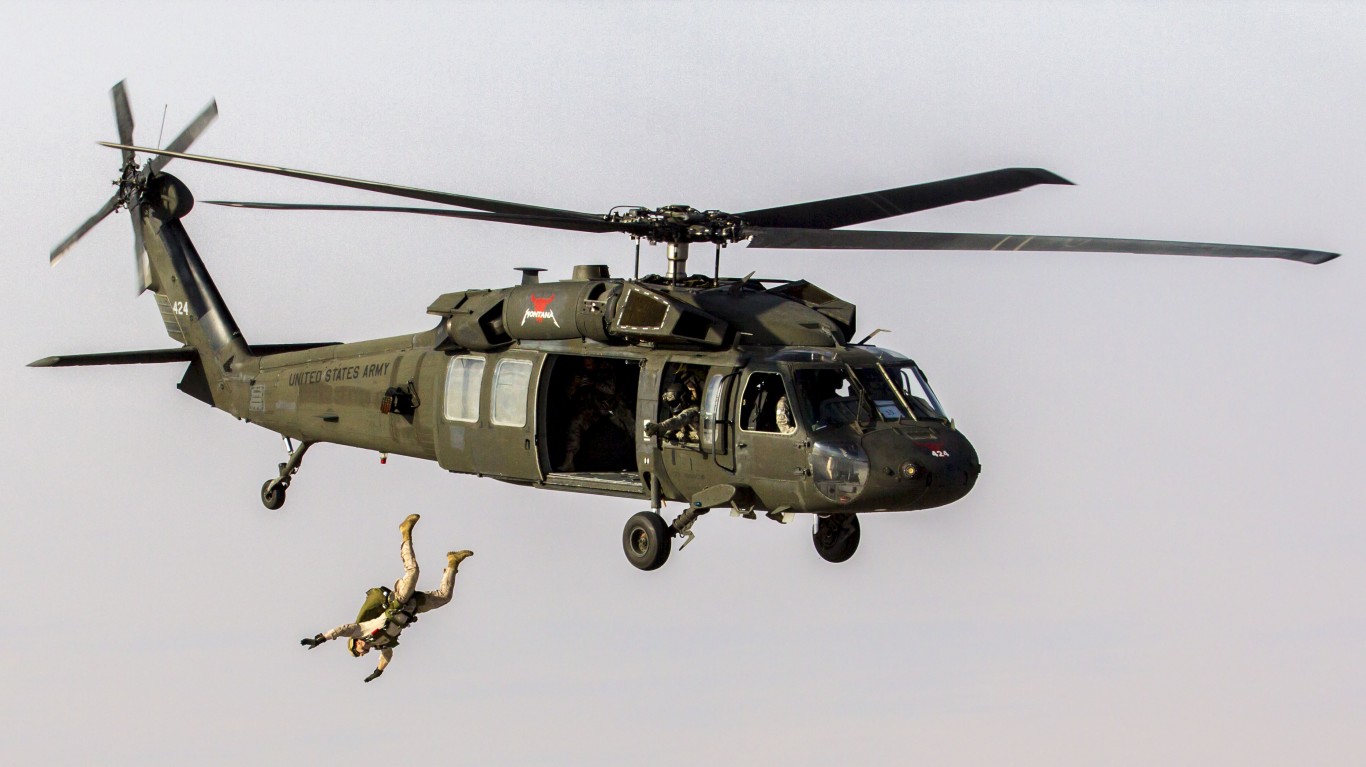 RECON Marines conduct surveillance and reconnaissance missions as well as limited raids. Their training program is notoriously difficult, with only a completion rate below 50%. 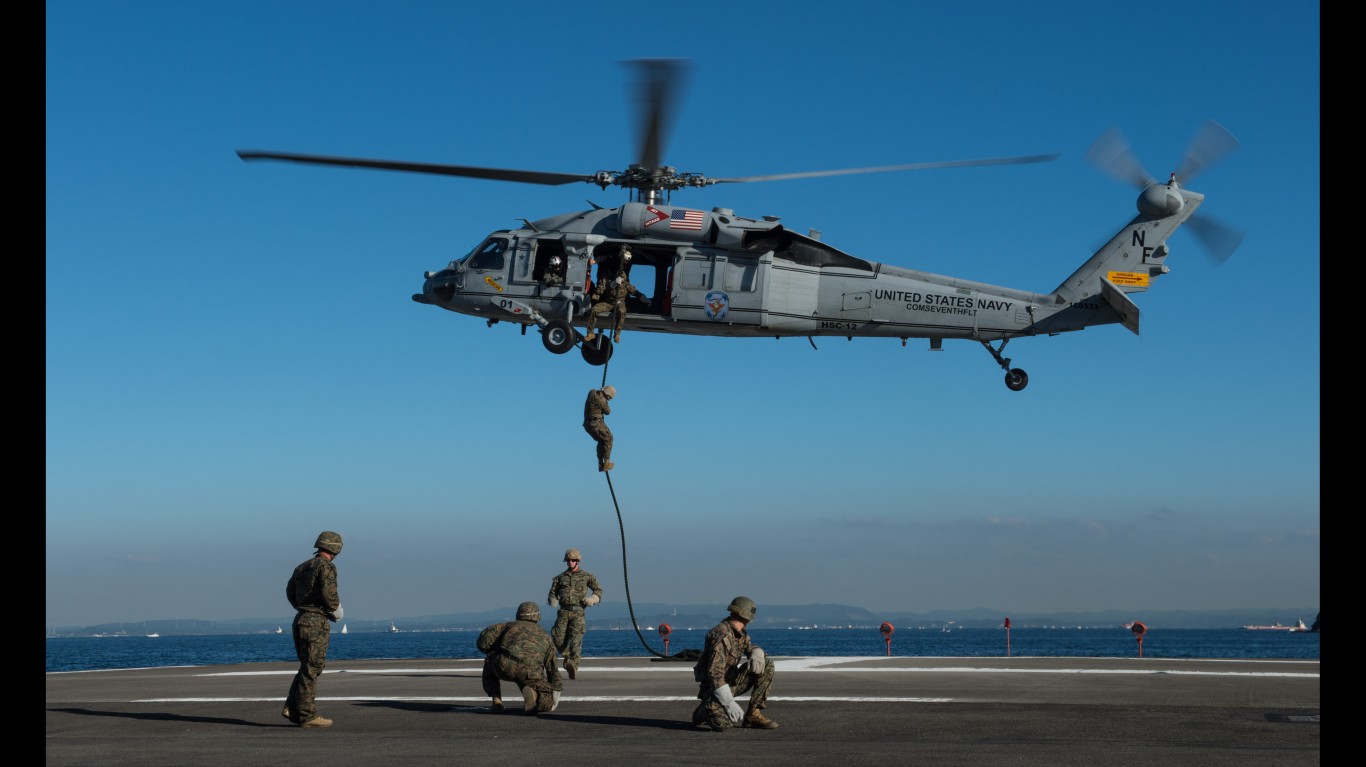 The Fleet Anti-terrorism Security Team is a small, elite unit within the U.S. Marine Corps. FAST Marines are typically tasked with assistance in guarding government installations around the world such as embassies and naval bases. Following basic Marine boot camp, FAST candidates attend the School of Infantry, either at Camp Geiger, North Carolina or Camp Pendleton, California to specialize as a Marine Rifleman.

From there, candidates attend a four-week Security Force School, and those who are selected to become Close Quarters Battle Team Members then attend an intense eight-week training course, where they develop skills to breach and clear rooms and other related tasks related to urban combat.

This is followed by courses in tactical driving, which instructs Marines in close quarter driving, evasive driving, motorcade operations, and ramming. Marines then receive instruction in close quarter protection tactics to use as bodyguards for high-risk personnel. The final portion of training includes instruction on non-lethal combat tactics and rappelling from helicopters and structures.

ALSO READ: 10 Most Decorated War Heroes of the 21st Century 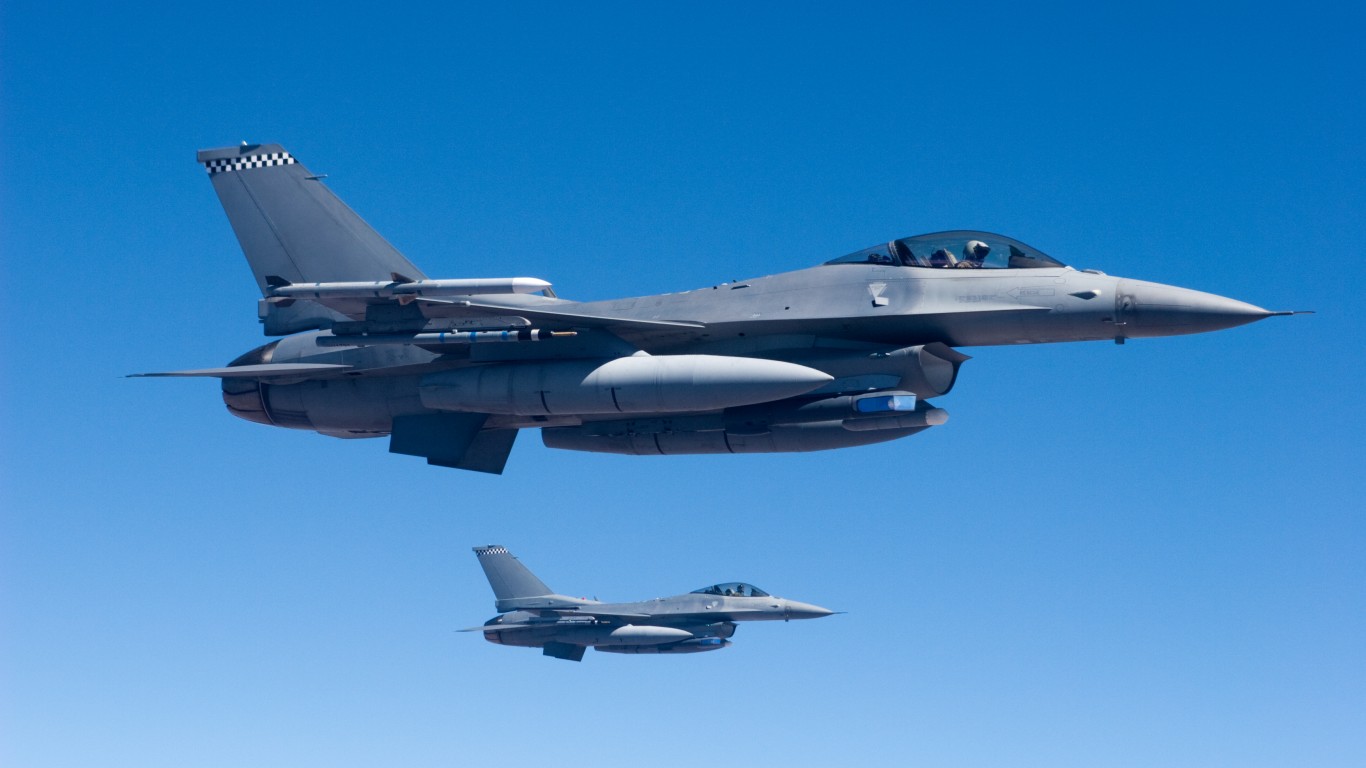 and lasts about eight and a half weeks. It is specifically designed to test mental, physical, and emotional limits and scrutinize personal morals and character. In the first two weeks, recruits undergo medical evaluations, learn basic procedures and protocols, and become oriented with life as an Airman. In the following three weeks, recruits are trained in weapons handling and maintenance, undergo marching drills, and review possible career paths.

The sixth week consists of mental preparation for combat, and progress checks on living area cleanliness, drills, and military skills. During week seven, aspiring Airmen are evaluated with physical fitness and written academic tests. In the eighth week, recruits face what is known as the BEAST, or basic expeditionary airman skills training, a strenuous process that includes field exercises, combat training, and refresher drills. Those who make it through enjoy a final week of celebration, to which family and friends are invited.

A typical day at Air Force boot camp starts with a wake up call at 4:45 a.m., followed by an hour of physical conditioning beginning at 5:00 a.m. 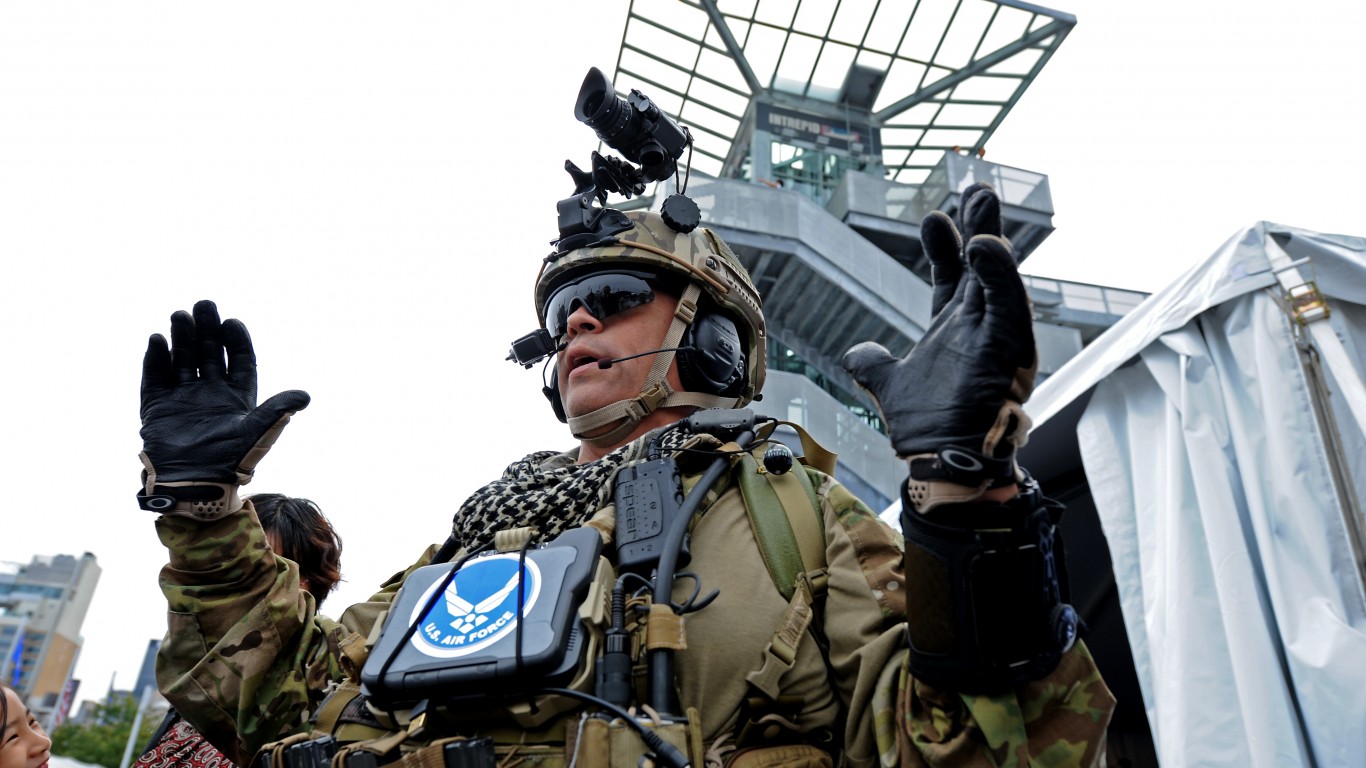 Combat Controllers are a division of the Special Tactics Airmen, a highly specialized, elite group in the Air Force. Combat Controllers, or CCTs, typically serve as a one-man attachment to special forces teams operating in remote and hostile areas, conducting air traffic control and providing a range of support roles. CCT training is an intensive 97-week process

Airmen then spend the next five weeks in Panama City, Florida, training extensively in combat diving and training in the use of airpower in any environment at any time. This is followed by three weeks in Fort Benning, Georgia, for airborne school, where they are instructed in parachuting and static line drops and are embedded with other special forces units. The next three week period is spent developing skydiving expertise in Yuma, Arizona or Jamul, California.

The following three week period is spent in Fairchild AFB, Wyoming, where they are taught skills in Survival, Evasion, Resistance, and Escape Training, or SERE, and then 11 weeks at Keesler AFB, Mississippi, where they become FAA certified as air traffic controllers. These skills are then applied to combat situations over an eight week period at Pope Army Airfield, North Carolina. The final six months of training are conducted in Hurlburt Field, Florida, where they receive comprehensive training in advanced weapons, demolition, and all-terrain vehicle operation. 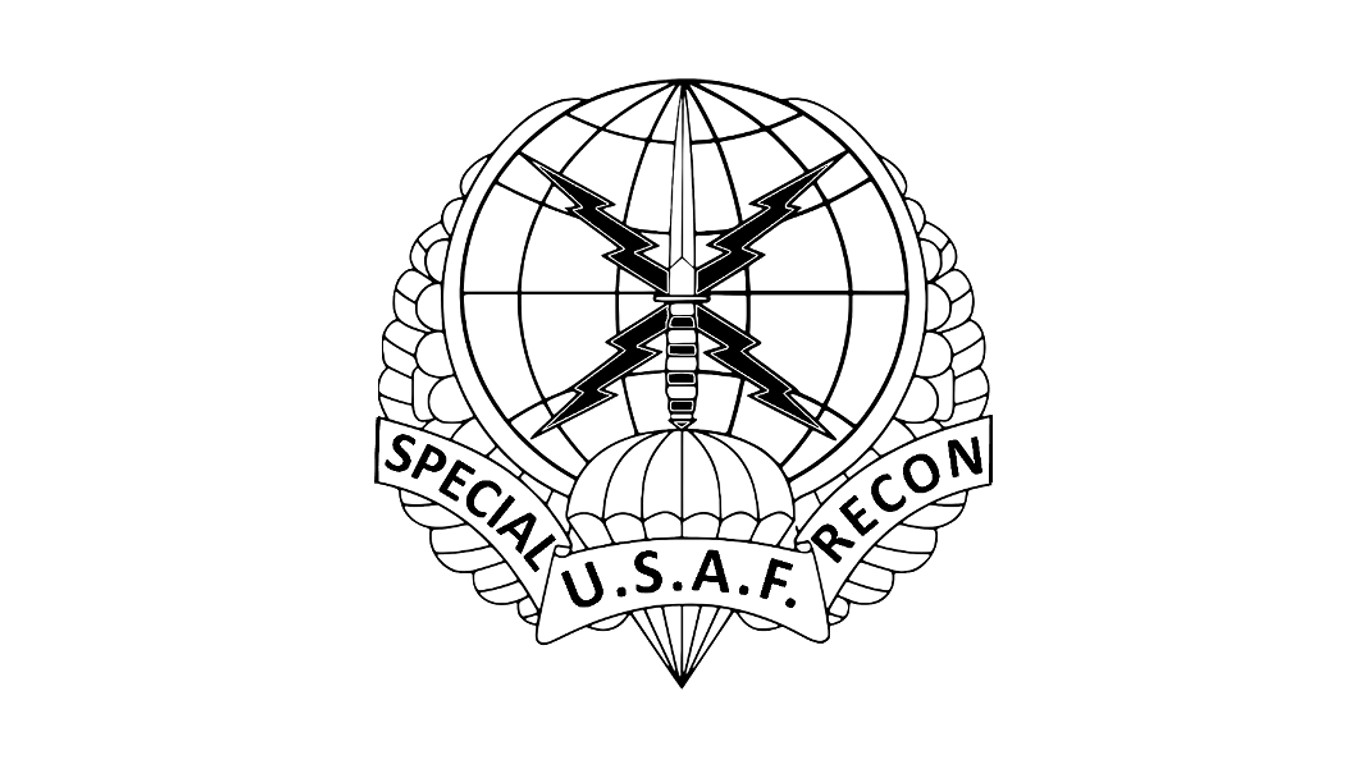 Those in the Air Force Special Reconnaissance, SR, are commandos trained to be deployed anywhere, undetected, to use lethal force and gather and distribute intelligence information, often in the middle of a war zone. Their training closely follows that of Combat Controllers, all the way through SERE training.

However, as CCTs move on from SERE training to receive air traffic control certification, SRs spend eight weeks in continued fitness training and development of reconnaissance skills, learning to collect all data that may affect a battle space. In the following eight weeks of training, aspiring SRs attend an apprentice course at Pope Army Airfield, North Carolina, where they learn to apply their training under high-pressure scenarios and develop combat skills.