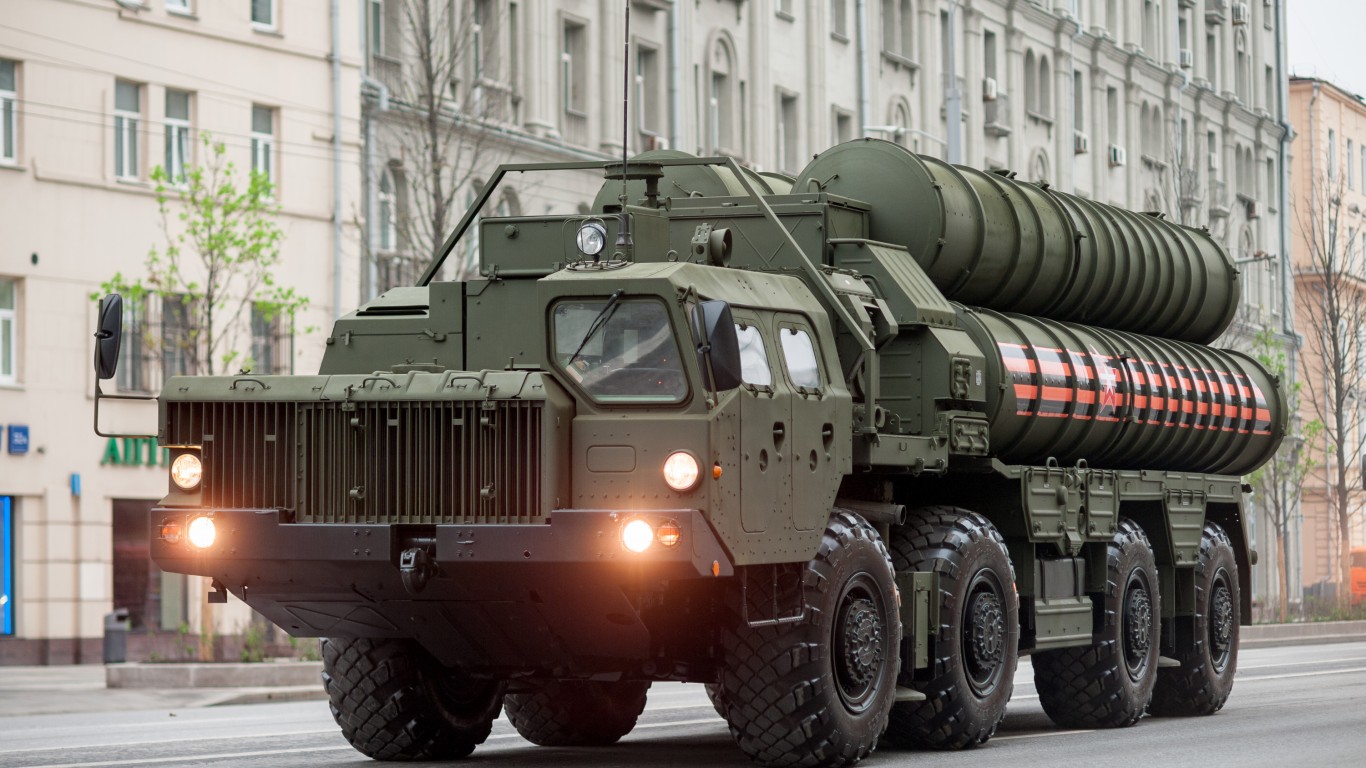 The S-400 Triumf is a Russian mobile, surface-to-air missile system capable of engaging aircraft, UAVs, and cruise missiles. The Triumf boasts a range of roughly 250 to 400 kilometers and employs high-explosive fragmentation warheads. These systems are in high demand as China and India have each bought battalions of these from the Russians. 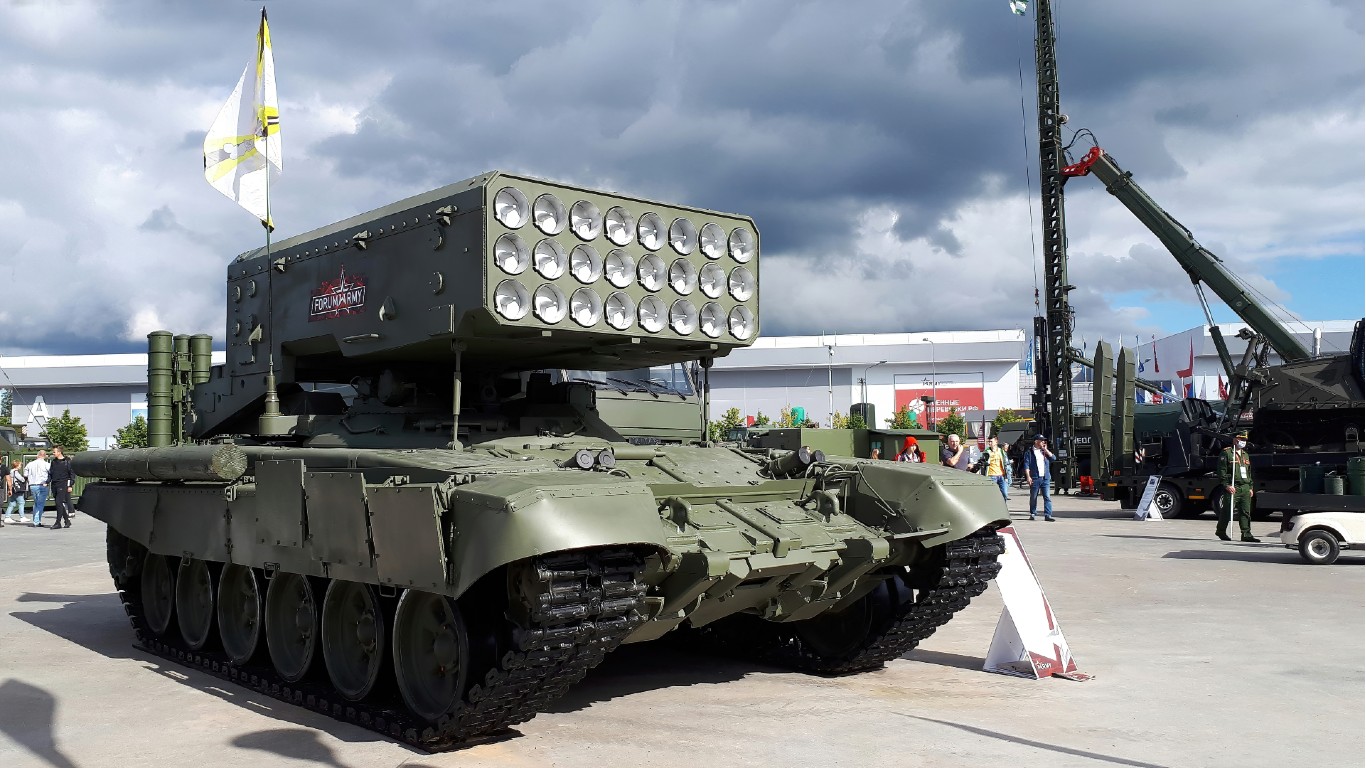 The TOS-1 is a Russian-made heavy flamethrower system that has been in service since 2001. It was first used in Chechnya and later reported to have been used in the Crimean Peninsula in 2014, and even in Russia’s Invasion of Ukraine. The TOS-1 is used for direct fire support and is regularly used to clear out buildings, field fortifications, and bunkers. The system is generally similar to multiple launch rocket systems with a handful of different rockets at its disposal.

24/7 Wall St.
All of the Weapons the US Has Committed to Ukraine Since the Invasion 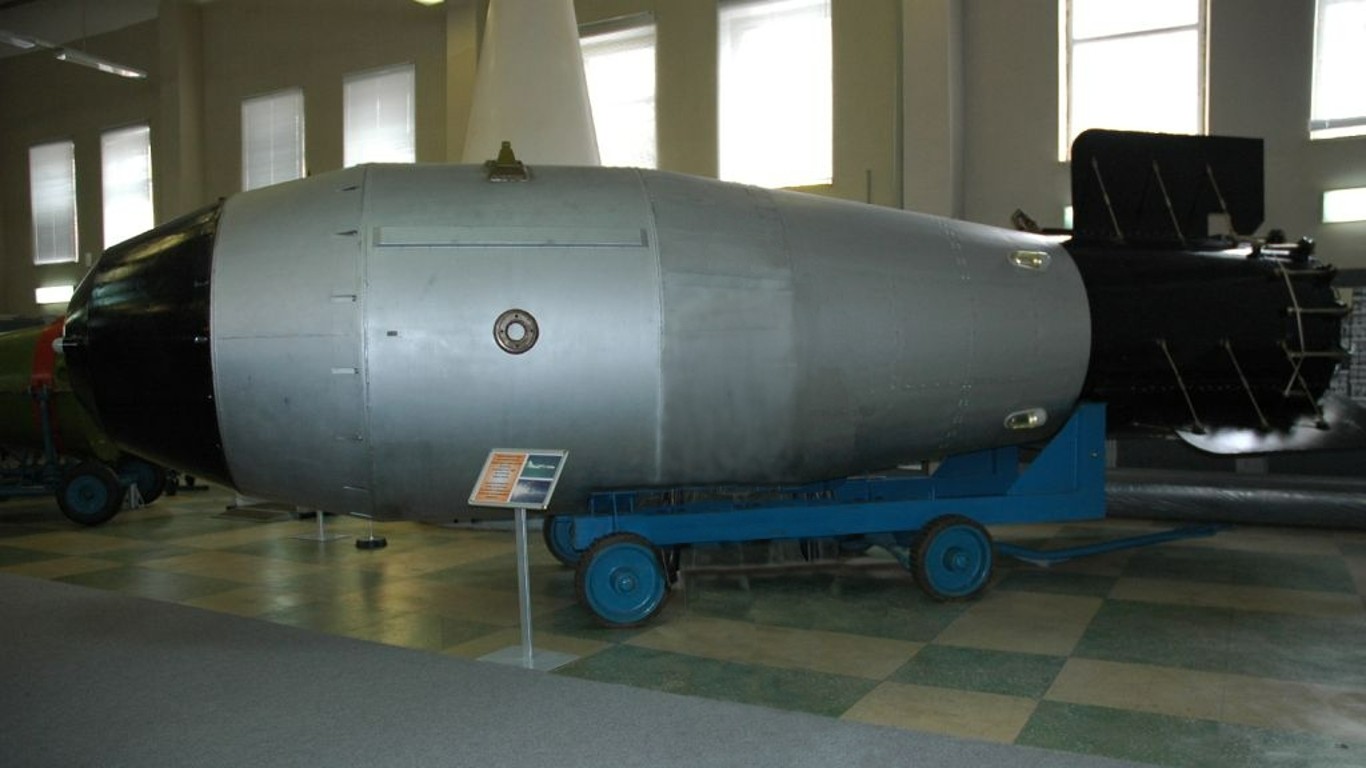 The Tsar Bomba, or the “King of Bombs,” also called Big Ivan, is a Soviet thermonuclear bomb. It is the single largest nuclear weapon ever set off, and it produced the most powerful human-made explosion ever recorded. Because of its size, the Tsar Bomba cannot be deployed by a ballistic missile. Instead, it must be dropped by conventional aircraft. In its test it had a 100-megaton capacity, but this was eventually lowered to 50 megatons, which is still about 3,800 times the size of the bomb dropped on Hiroshima. 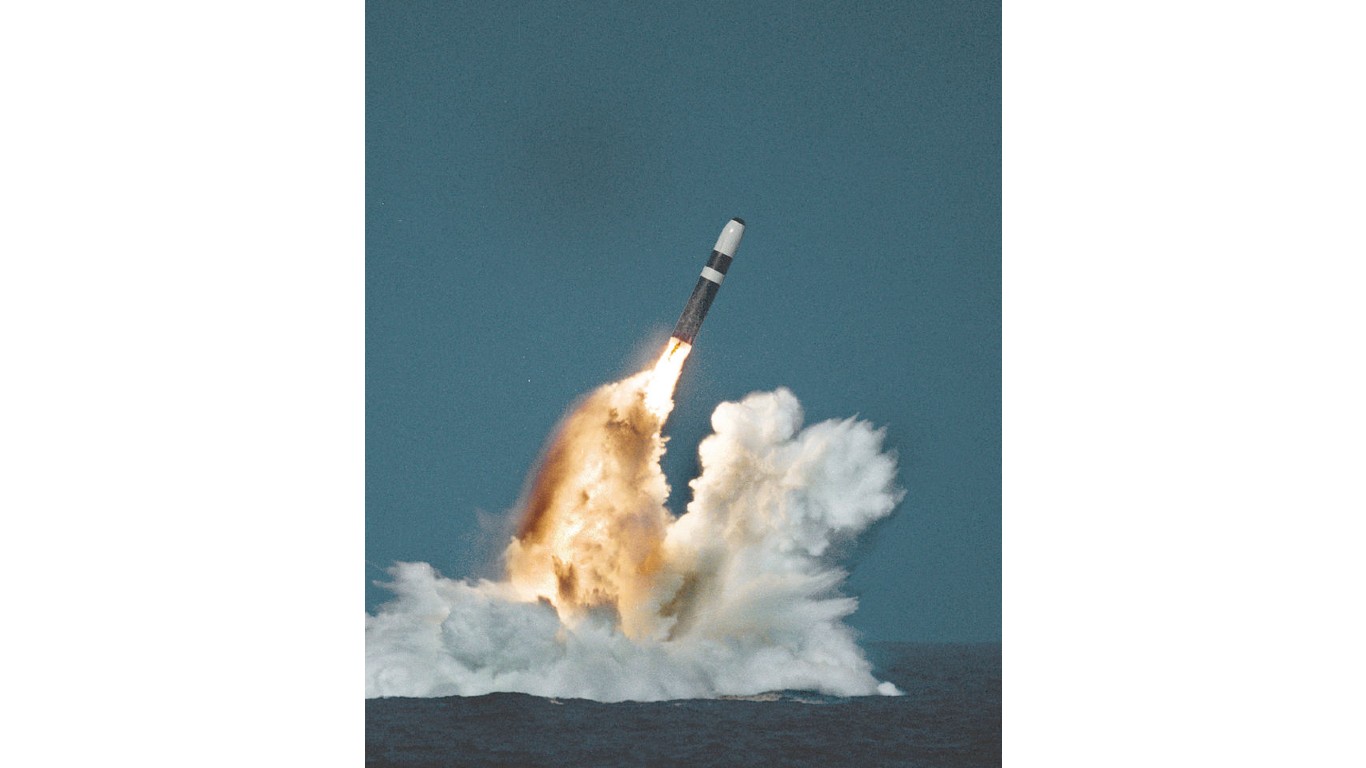 The Trident II, a submarine-launched intercontinental-range ballistic missile, is housed in the U.S.’s Ohio-class submarines. The warheads have payloads ranging from 100 kilotons to 475 kilotons. For comparison, the nuclear bomb dropped on Hiroshima was only 15 kilotons, so Tridents are orders of magnitude above that. 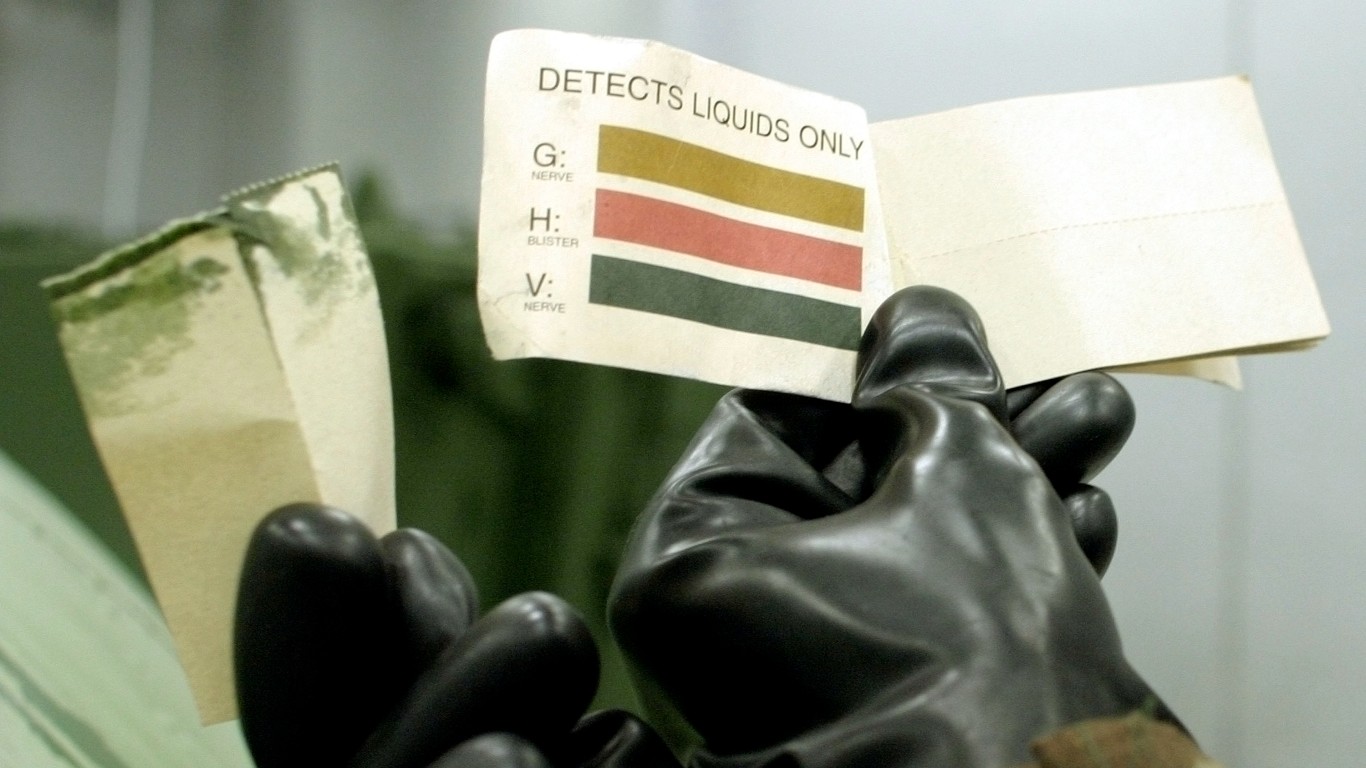 VX is a chemical warfare agent classified as a nerve agent, the most toxic and rapidly acting of known chemical warfare agents. It works in the same way that pesticides work on insects, only they are more potent. Developed in the 1950s, VX is odorless and tasteless. As countries are seeking to be more humane in warfare, there has been a movement away from chemical warfare, and many are advocating for the destruction of VX stockpiles across the world. Despite the US and Russia being the only countries to have admitted to owning VX stockpiles, other countries are believed to have it in possession including the likes of North Korea.