Best and Worst States to Live in 2022 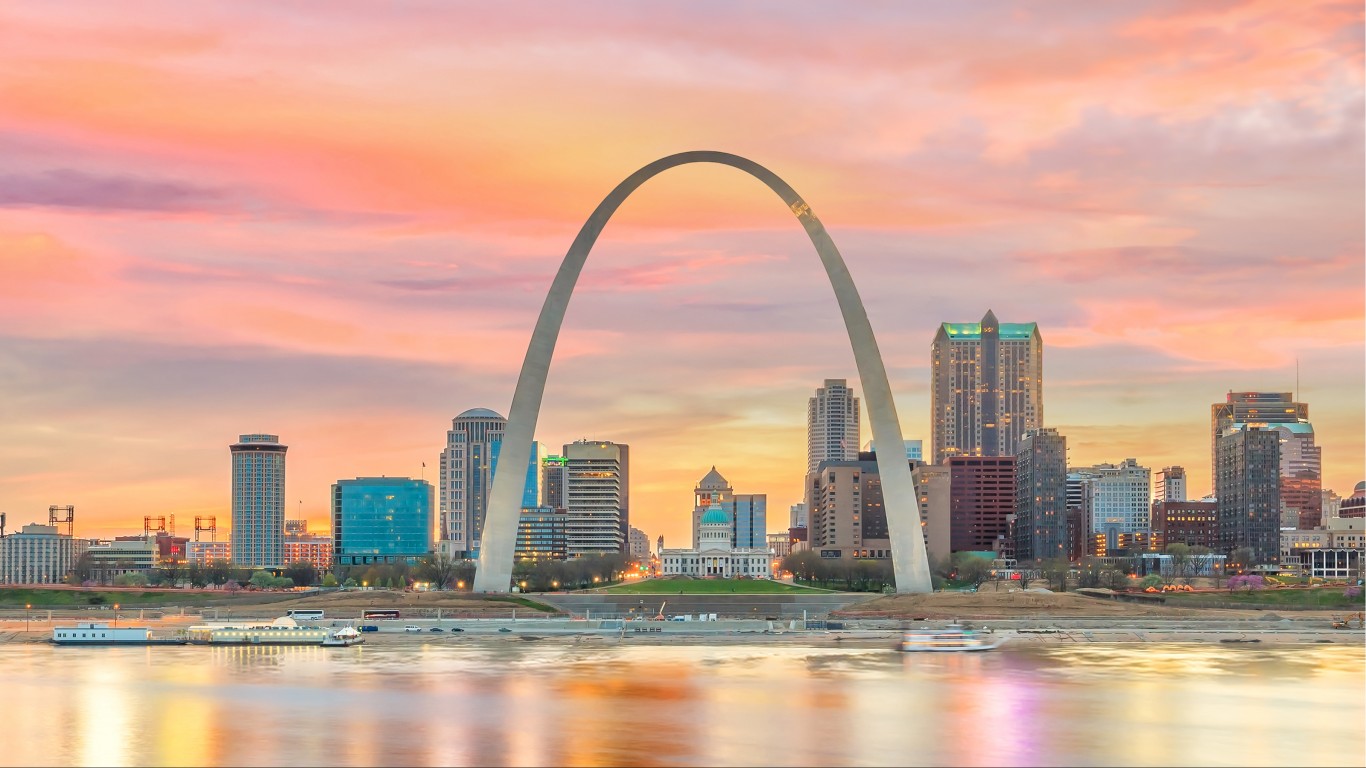 Missouri ranks as the 11th worst state to live in in the United States – and the second worst in the Midwest – largely because of high crime rates. According to the FBI, there were 553 violent crimes such as robbery and homicide reported for every 100,000 people in the state in 2020, the sixth highest violent crime rate in the country. Property crime like burglary and vehicle theft is also relatively common. The state’s property crime rate of 2,531 incidents per 100,000 people is ninth highest of the 50 states.

Across broad populations, average life expectancy is a key indicator that can reveal deficiencies in access to health care, nutrition, and other services that support a healthy lifestyle. In Missouri, average life expectancy at birth is just 76.6 years, the 12th lowest of any state. The state has a higher than average uninsured rate, and residents are far less likely than most Americans to have easy access to places for physical exercise like parks and recreation centers. 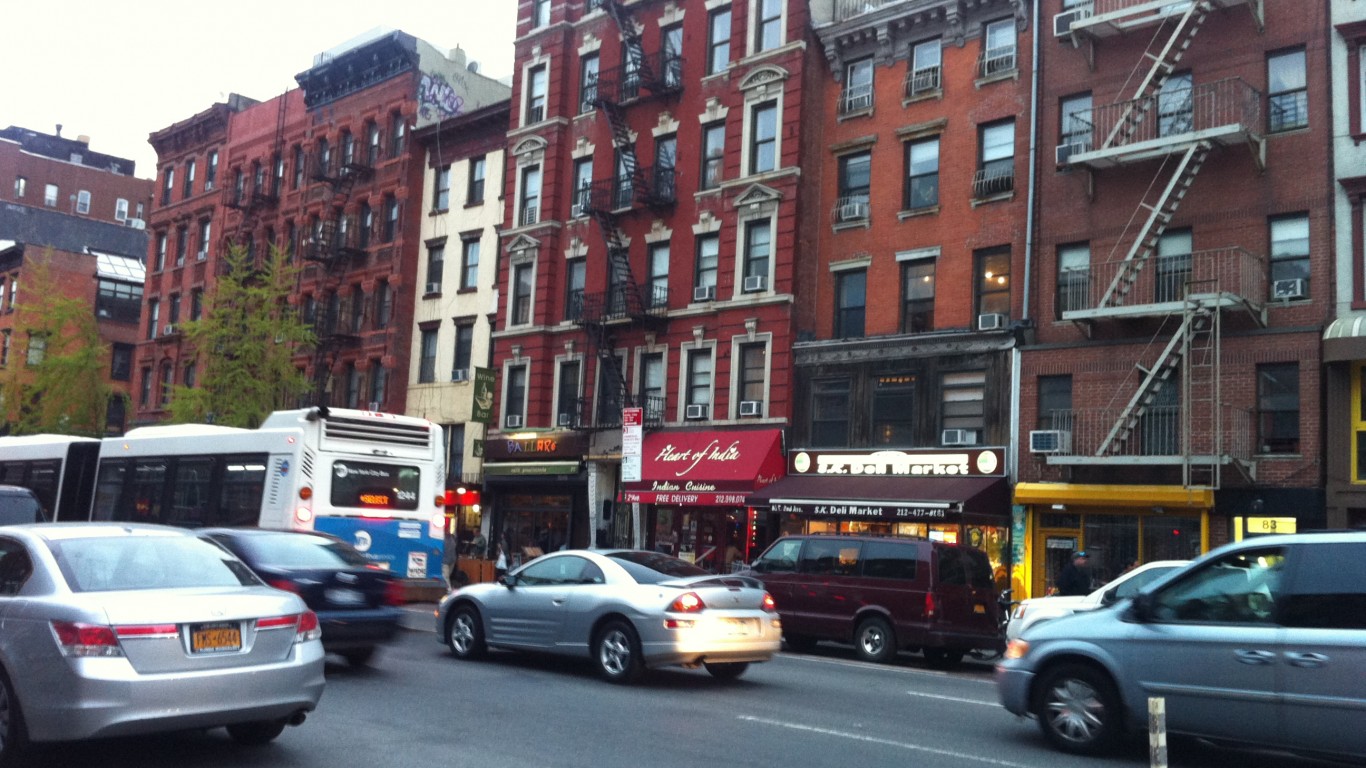 New York is the only state in the Northeast to rank among the 15 worst states to live in. While New York has higher than average incomes and life expectancy at birth, it also has the worst income inequality in the country. New York is also one of the least affordable states to live in. Median housing costs – considering both renters and homeowners – account for 18.9% of the income the typical household earns, the ninth highest percentage among states. The overall cost of living in the state is over 10% higher than the national average.

New York’s job market is also relatively weak. At 4.9%, the state’s August 2022 unemployment rate is the second highest in the country and far higher than the 3.8% national rate. When taking into account only people moving in and out of the state, New York’s population declined by 1.9% from 2020 to 2021, the largest drop in the country.

24/7 Wall St.
21 States Where the Most People Don’t Have Health Insurance 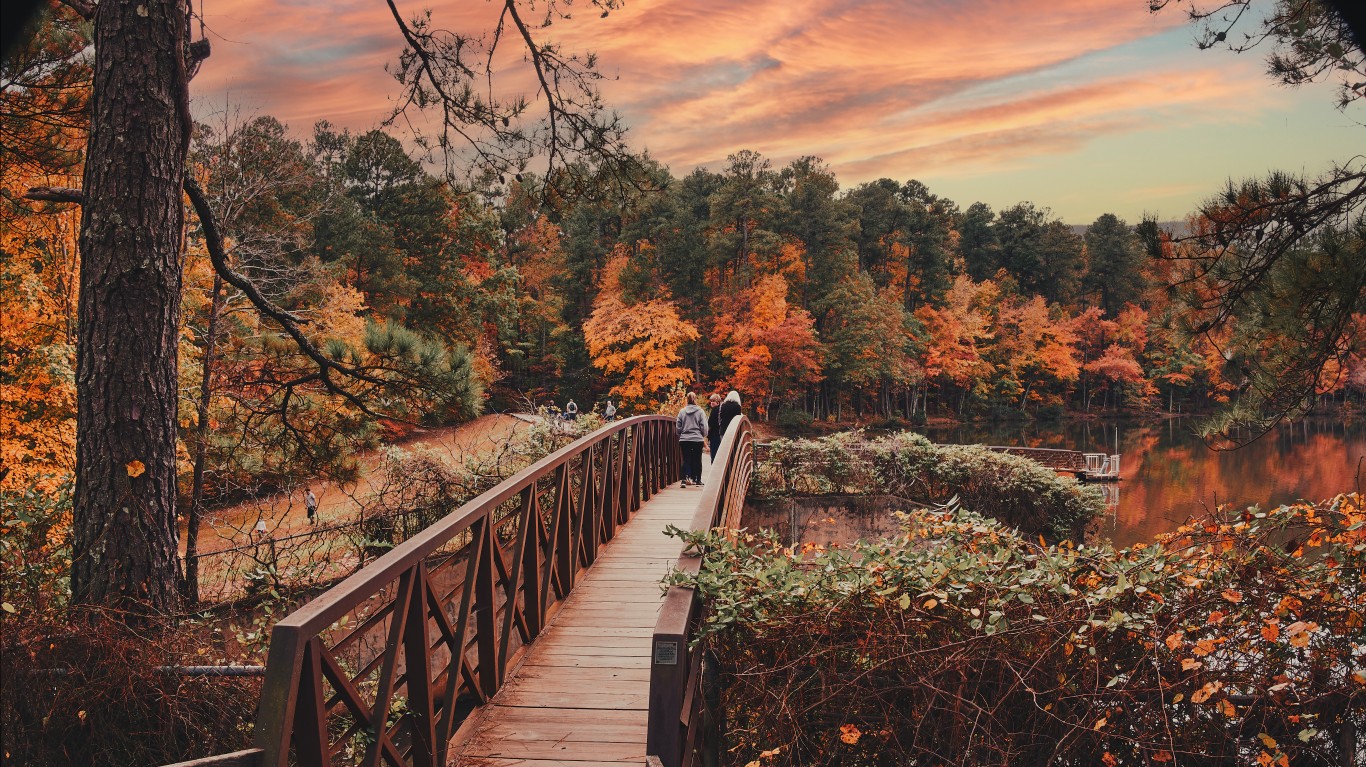 Easy access to places for exercise like parks or recreation centers can improve overall quality of life. In North Carolina, only 67.6% of the population have such access, well below the 79.8% of Americans nationwide who do. North Carolina also invests far less in its school system than average. Spending at North Carolina public schools totals just $9,747 per pupil annually, the ninth lowest amount of any state.

Both the overall violent and property crime rates in North Carolina are higher than the national average, and burglary rates are particularly high. There were nearly 50,000 burglaries reported in the state in 2020, or 471 for every 100,000 people, the seventh highest among the 50 states. 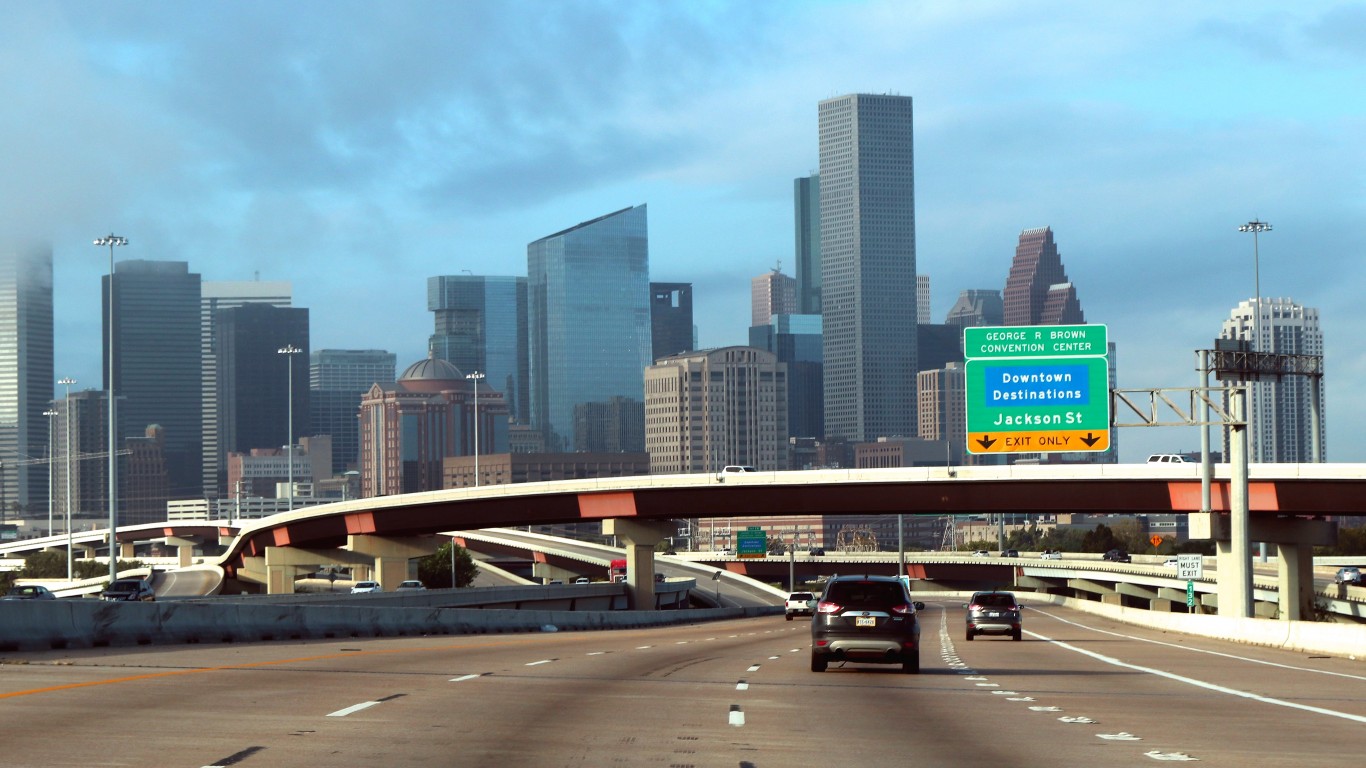 The monthly unemployment rate in Texas is higher than in much of the country. As of August 2022, 4.2% of the labor force were unemployed, well above the 3.8% national jobless rate and the 12th highest among states. Violent crime, particularly robbery, is more common in Texas than it is in most states. The state’s overall violent crime rate of 446 per 100,000 people is 15th highest in the country, and its robbery rate – a component of the violent crime rate – stands at 91 per 100,000, sixth highest among states.

Texas also invests far less in its school system than average. Per pupil spending at Texas public schools totals just $9,697, the eighth lowest of any state. 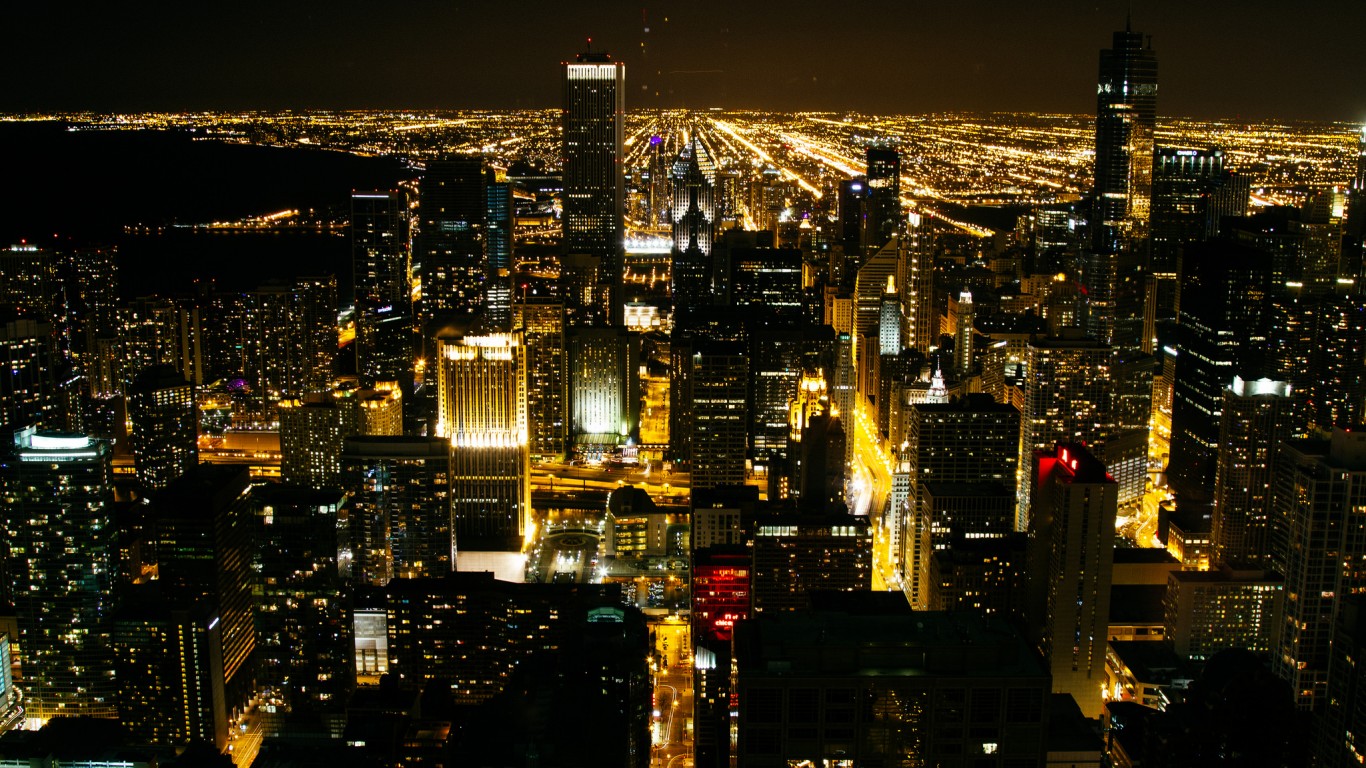 There are several potential factors that may be contributing to the state’s population decline. For one, Illinois residents spend a larger share of their income on housing – including taxes – than residents in most states. Illinois also has the third highest monthly unemployment rate among states, at 4.8% as of August 2022, a full percentage point higher than the national rate. Certain social factors, like high crime, also take away from quality of life in the state. Illinois has the eighth highest homicide rate in the country and the fourth highest robbery rate.