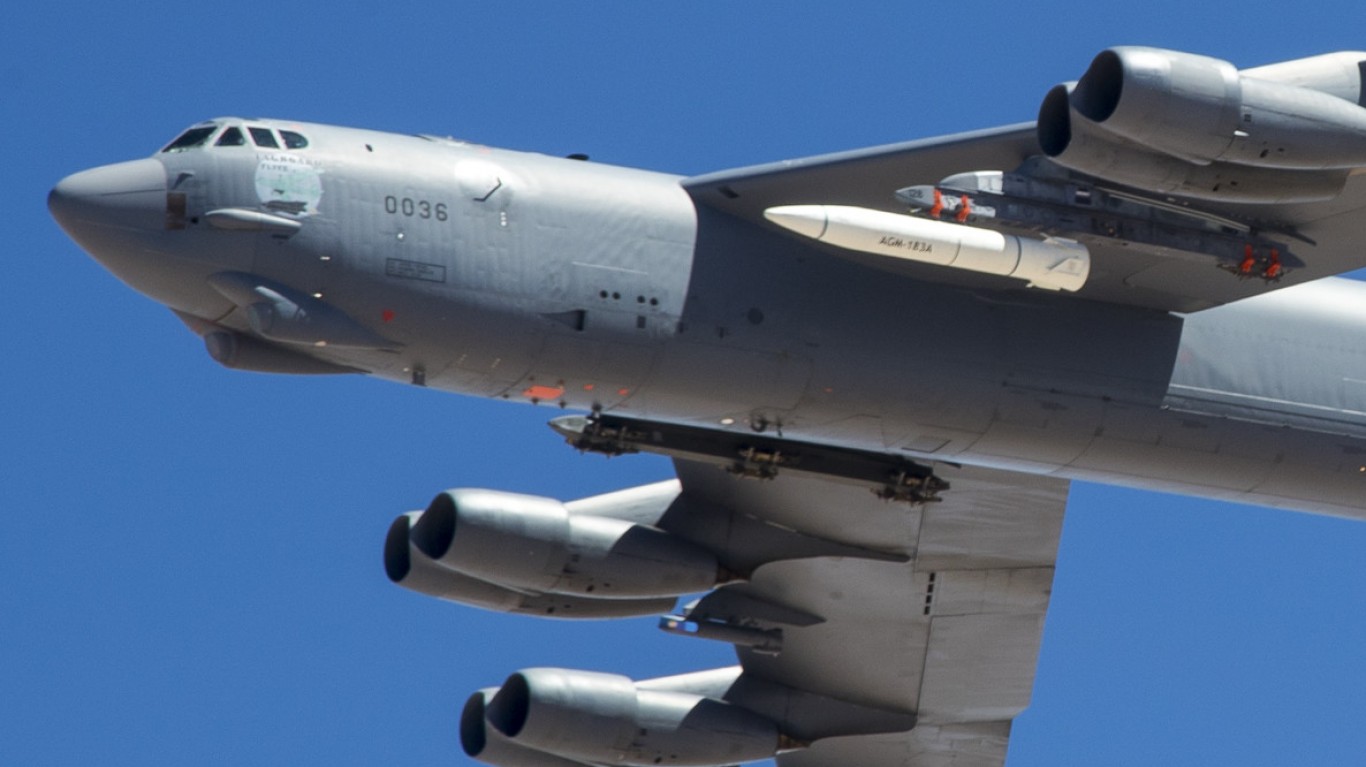 The AGM-183 Air Rapid Response Weapon, or ARRW, represents the cutting edge of hypersonic missile development and may soon be the latest addition to the arsenal of the U.S. Air Force. The ARRW has a range of over 1,000 miles and can reach speeds above Mach 5 before delivering its payload through a non-powered glide vehicle that maneuvers to the target.

After a series of setbacks, including three failed tests and additional budget request requirements, the Air Force conducted its first successful test of the missile system on May 14, 2022. The ARRW is slated for integration onto B-1 and B-52 bombers, as well as F-15 fighter jets – though exactly when ARRW missile is fielded remains to be seen. 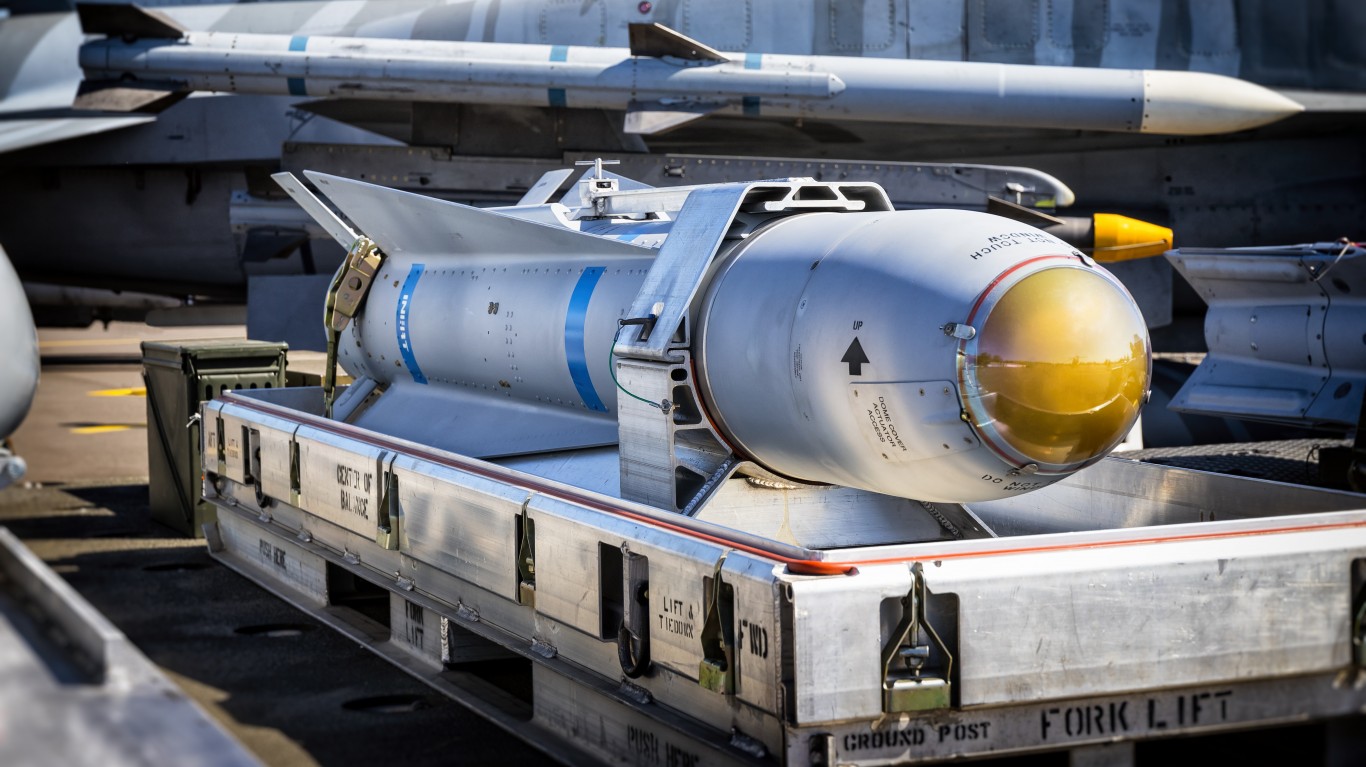 Used by the U.S. military since the Vietnam War, the AGM-65 Maverick is an air-to-surface missile system with a range of 20 miles. A versatile system, the Maverick can be fitted with warheads that detonate on impact as well as 300 pound warheads on a time delay that detonate after penetrating the target. Mavericks are effective against a range of targets, including tanks, vehicles, ships, air defenses, and buildings.

ALSO READ: Every Plane in the US Military 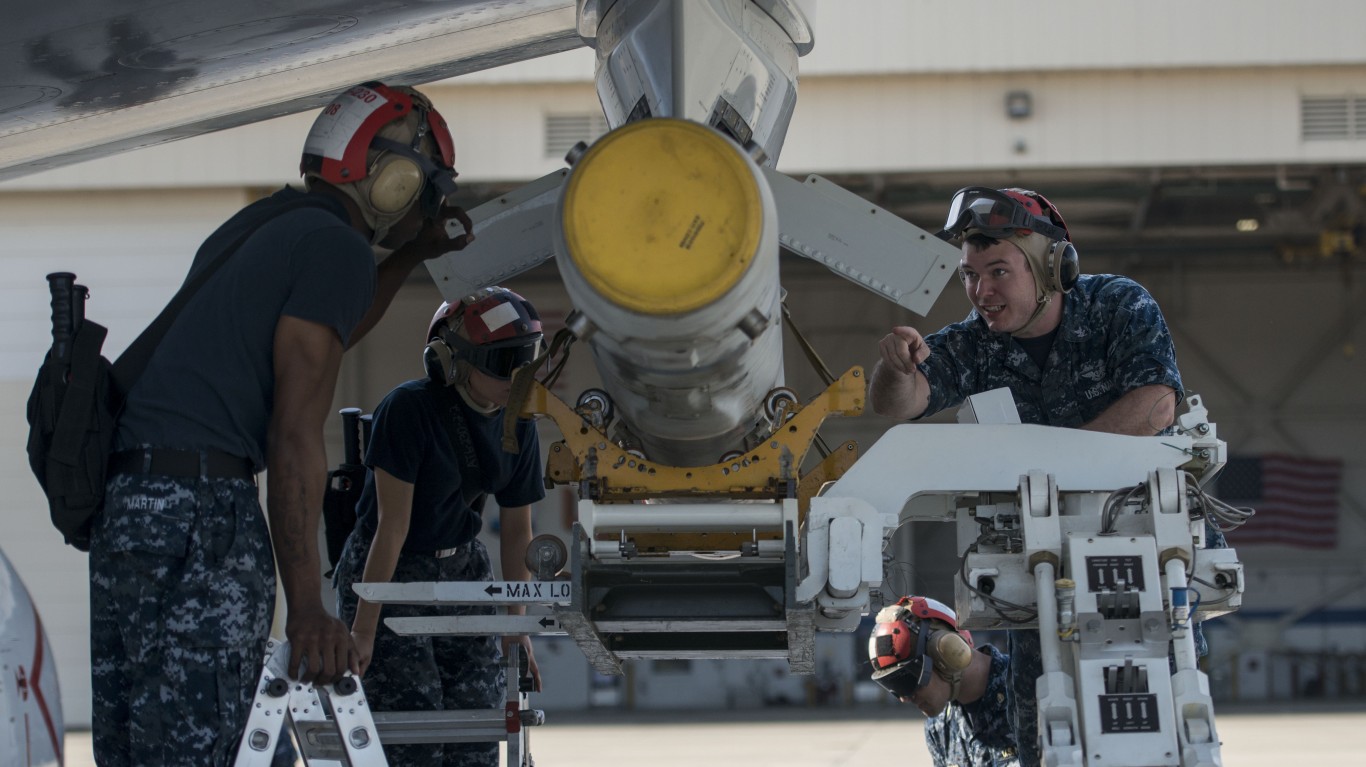 The AGM-84K Standoff Land Attack Missile-Expanded Response, or SLAM-ER, was the Navy’s first weapon with automatic target acquisition capabilities, making it highly accurate even in cluttered combat environments. Effective against both moving and stationary targets, SLAM-ERs can also avoid most infrared countermeasures. 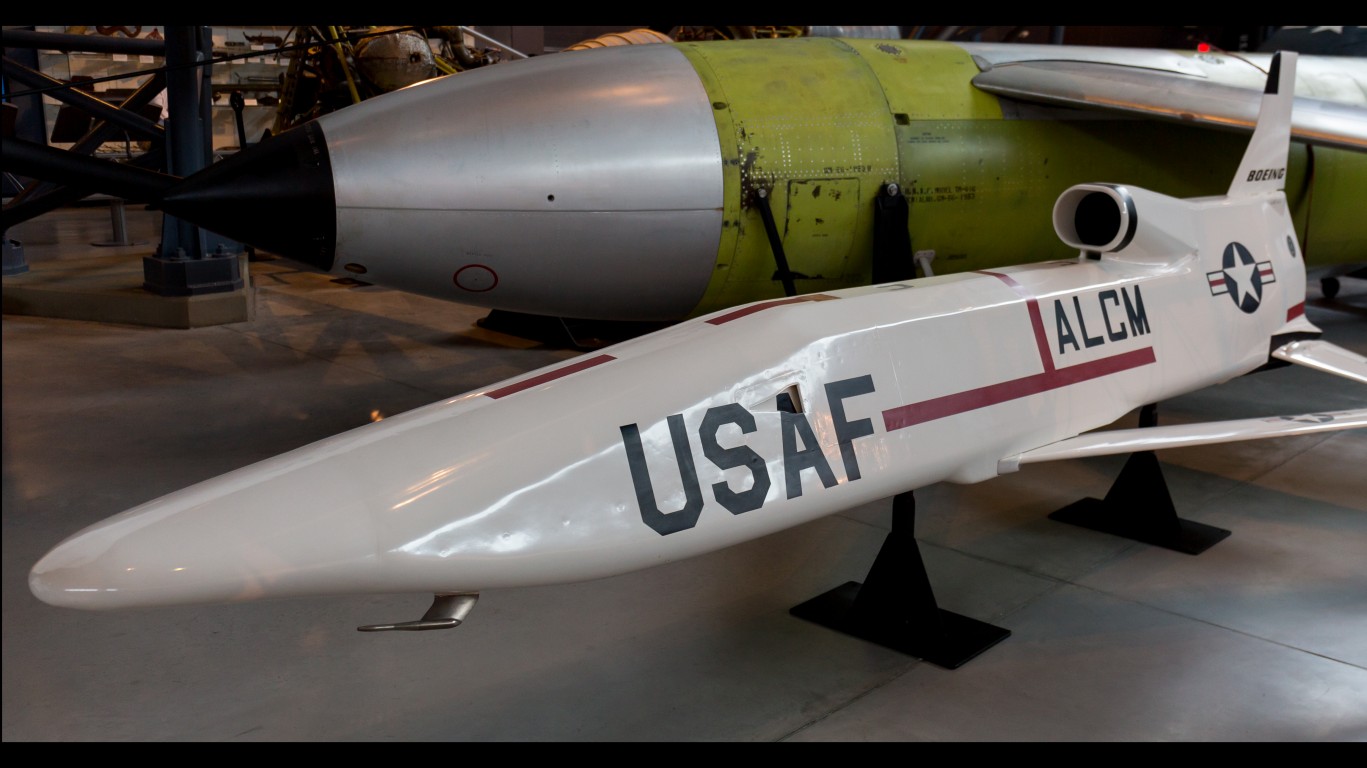 The AGM-86 Air-Launched Cruise Missile, or ALCM, is a nuclear strike weapon with a small radar signature designed for strategic surface targets. The missile is outfitted with a W80-1 nuclear warhead and can fly over 1,500 miles at speeds up to 550 mph. 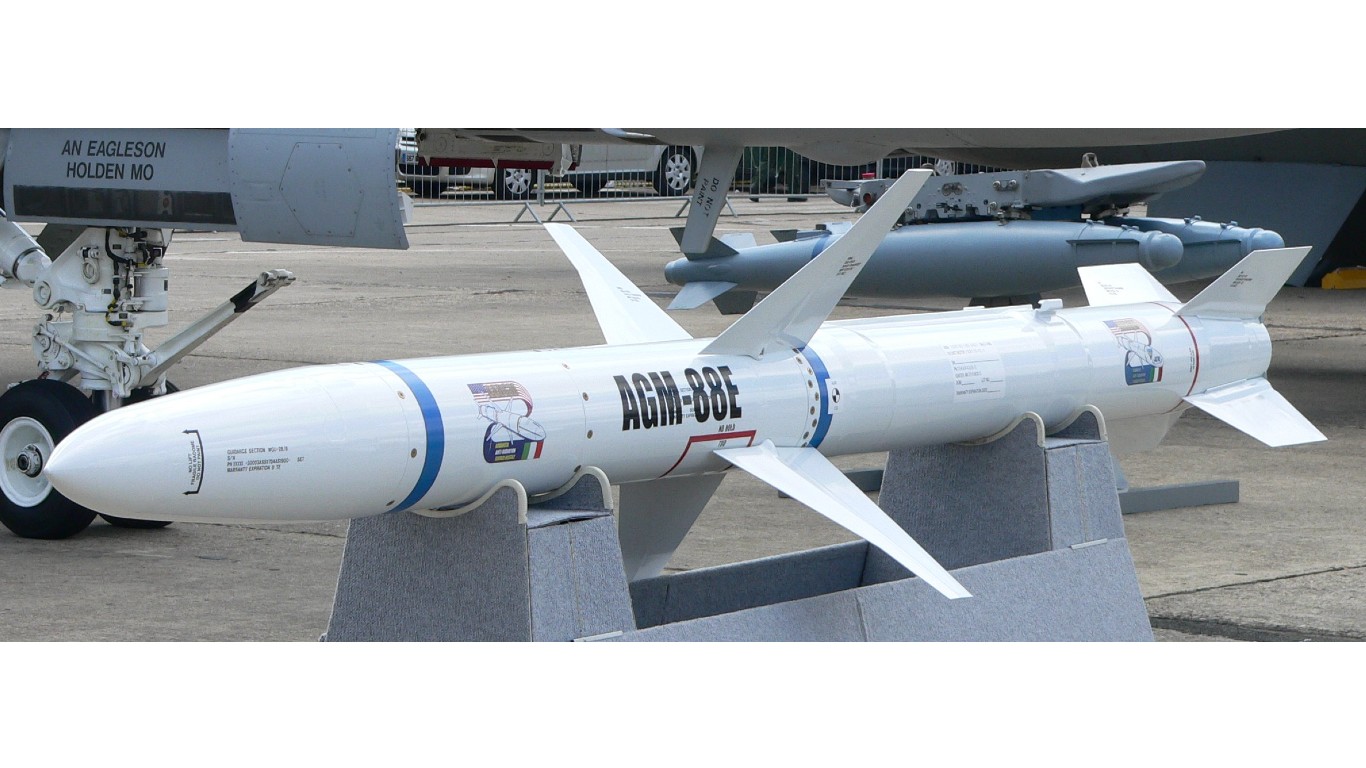 The system is currently integrated onto Navy F-18s, as well as F-16s and F-35s. It was developed as a replacement of the High-Speed Anti-Radiation Missile, or HARM, which proved deficient in Operation Iraqi Freedom. A single extended range AGM-88 costs a reported $6.1 million.