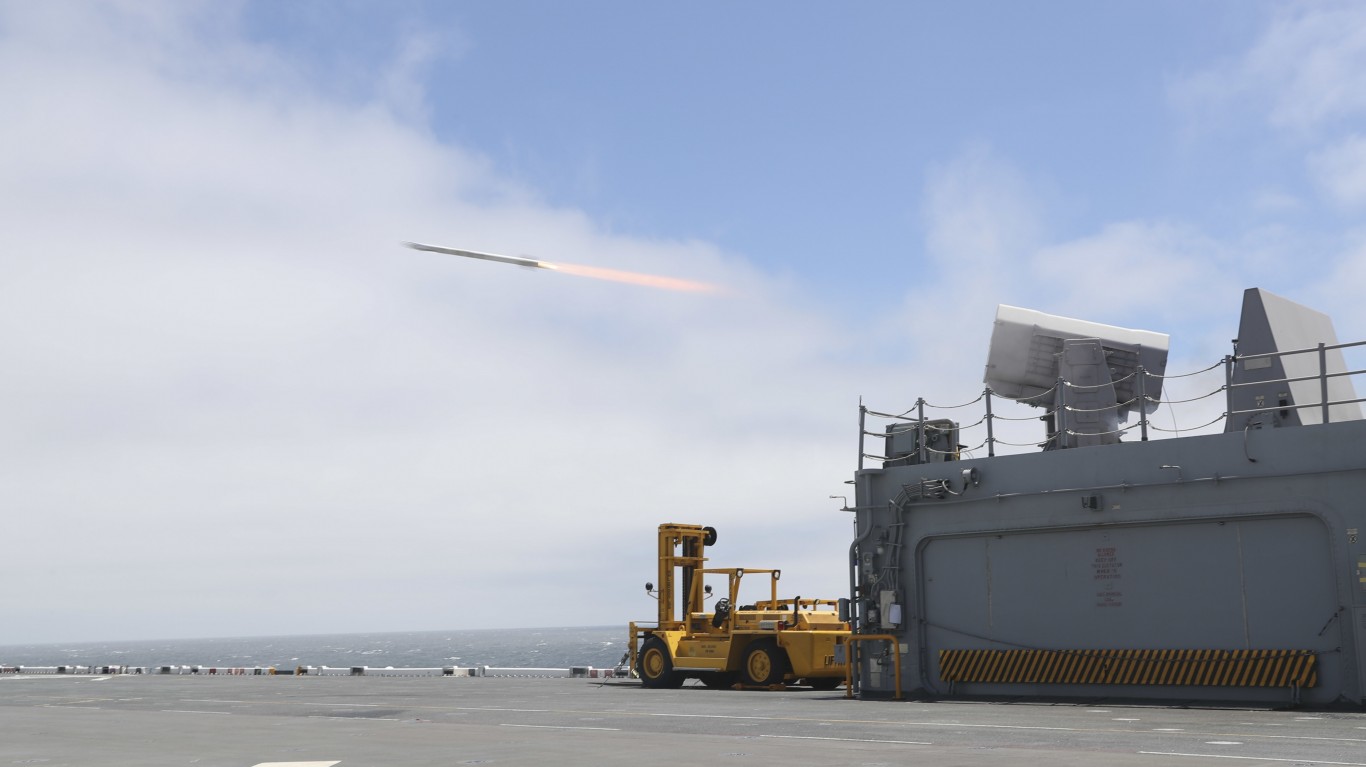 An American and German joint development, the RIM-116 Rolling Airframe Missile (RAM), is a powerful lightweight and low cost system designed for defense against cruise missiles and other threats from the air and surface. The majority of U.S. Navy ship classes, as well as many patrol boats, aircraft carriers, and destroyers, are outfitted with variants of the RIM-116 system. 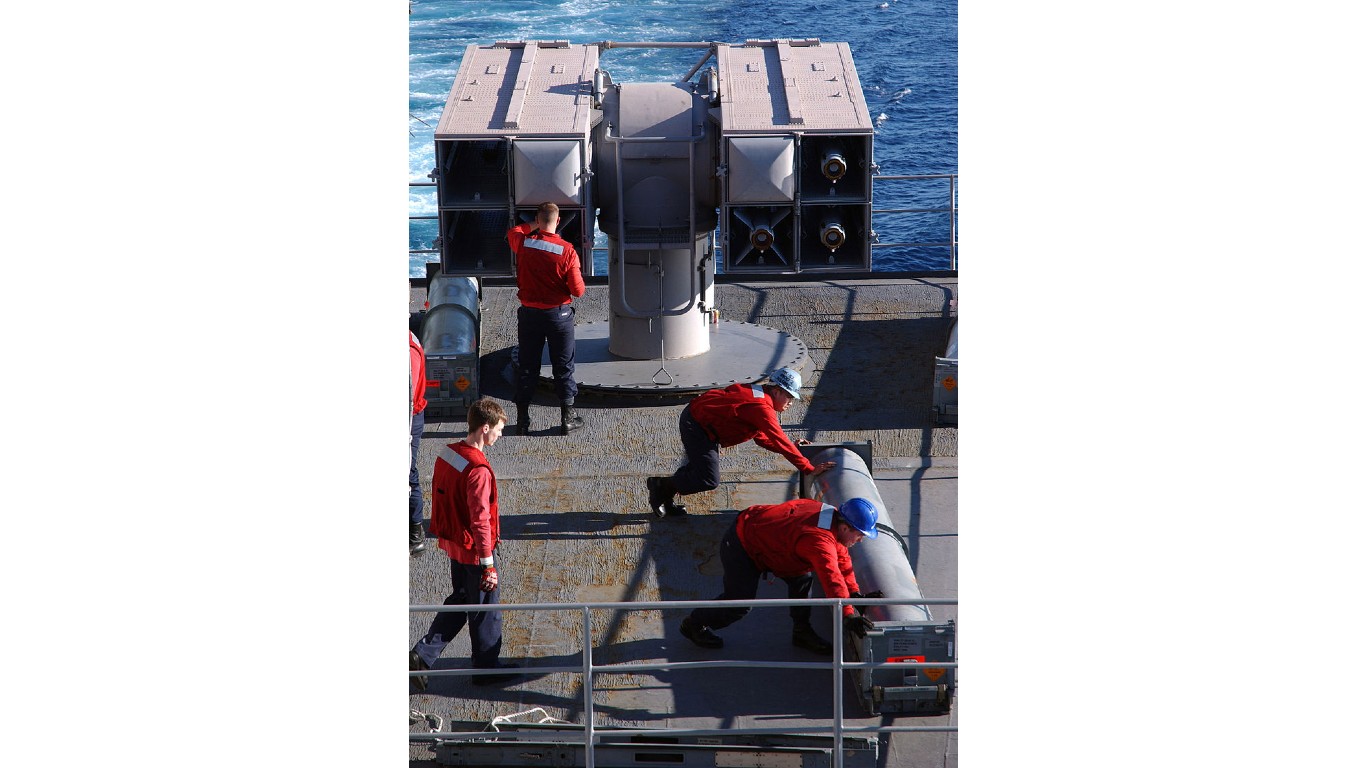 The Seasparrow is a radar guided homing missile designed to defend against a range of air and surface threats. Navy aircraft carriers and amphibious assault ships are all equipped with the Seasparrow RIM-7 system.

The top speed and range of these missiles are classified, though they each carry a 90 pound warhead. As of 2019, a single seasparrow missile cost a reported $165,400.

24/7 Wall St.
Every Plane in the US Military 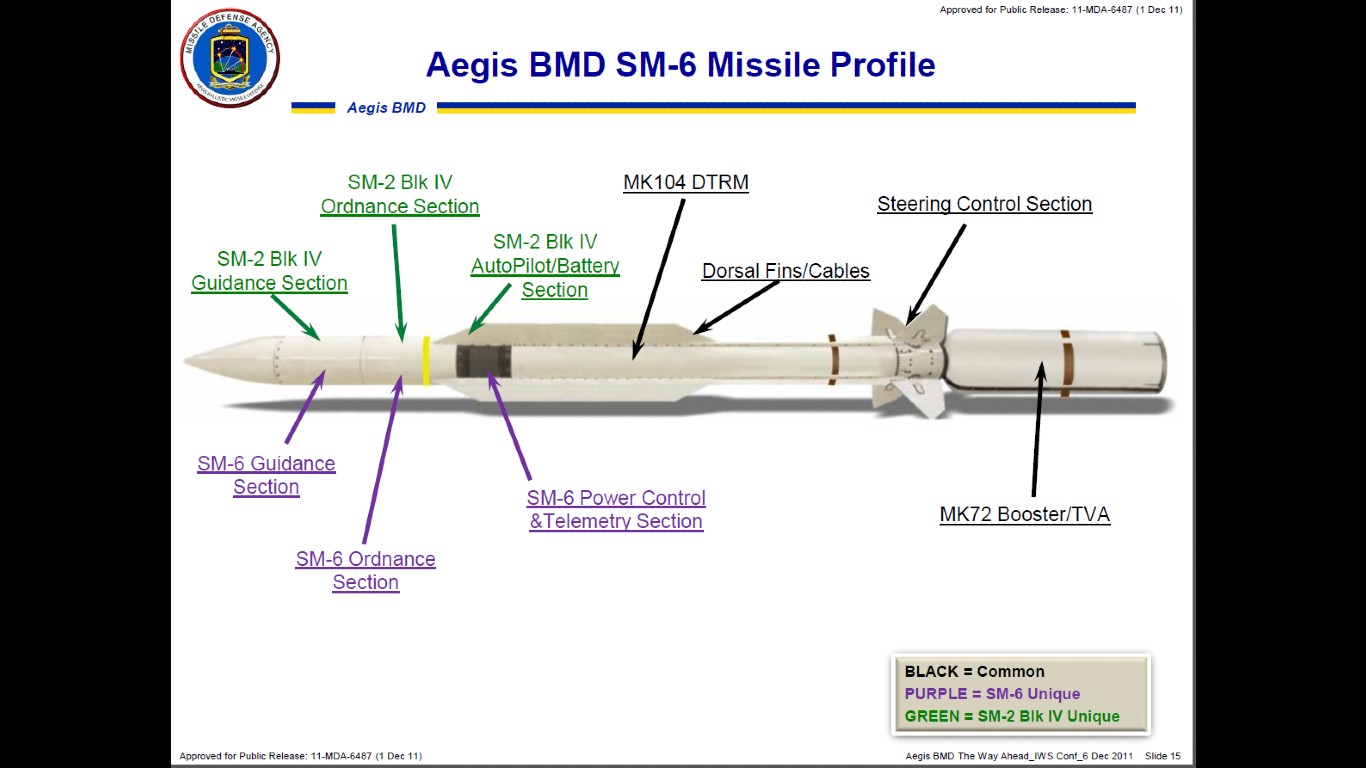 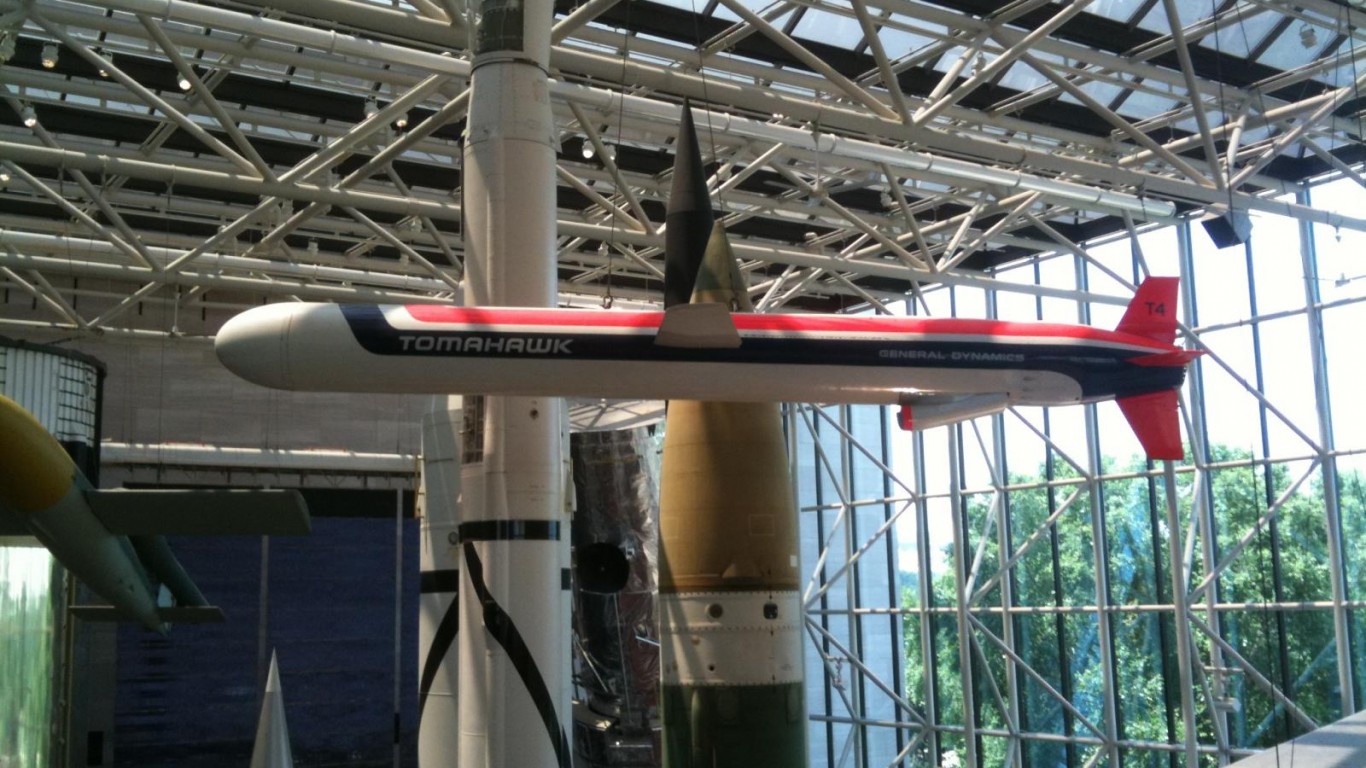 Tomahawk Land Attack Missiles are carried by U.S. Navy surface ships and submarines for the purposes of deep land attack. Tomahawks are low flying with a range up to 1,000 miles and a 1,000 pound payload. They were first used in combat during Operation Desert Storm in 1991, 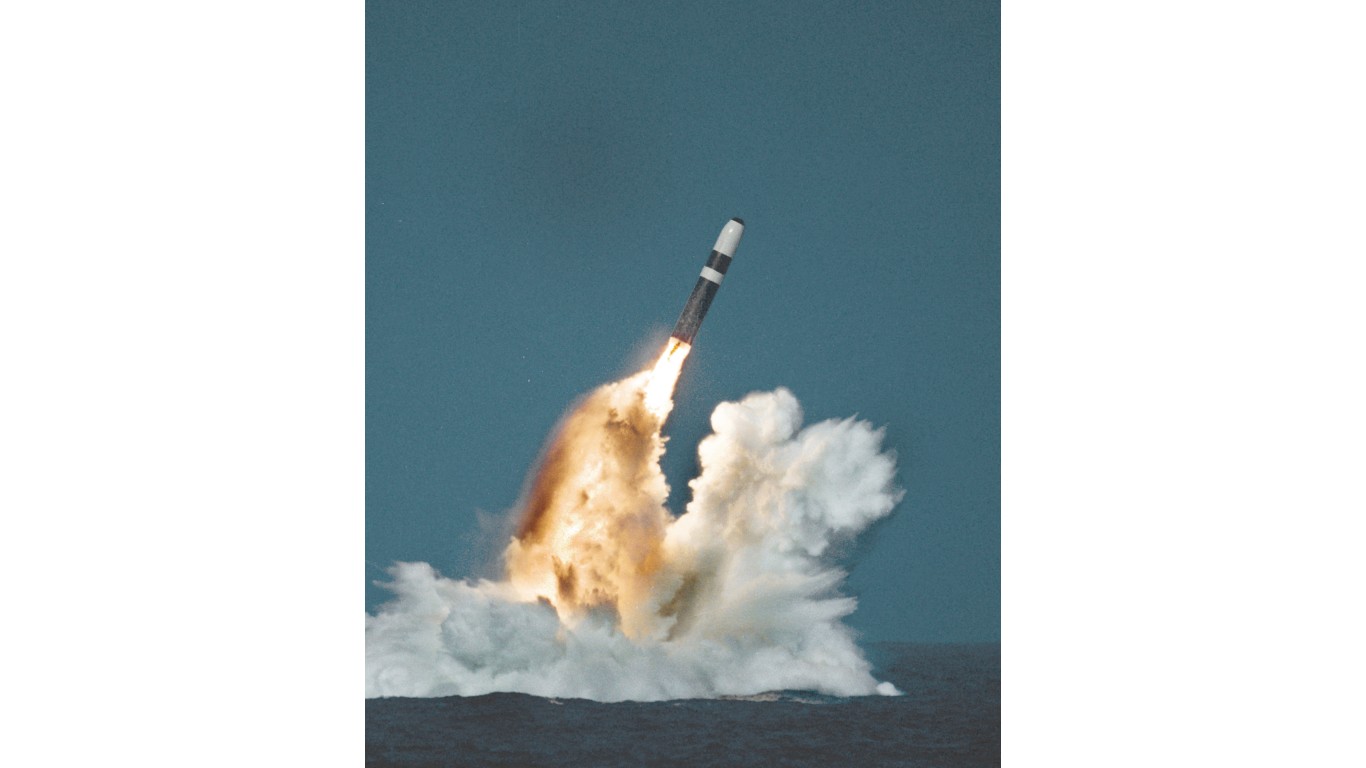 Trident missiles can be equipped with multiple nuclear warheads at once and cost a reported $30.9 million each.