America's Oldest Weapons Still in Use by the Military 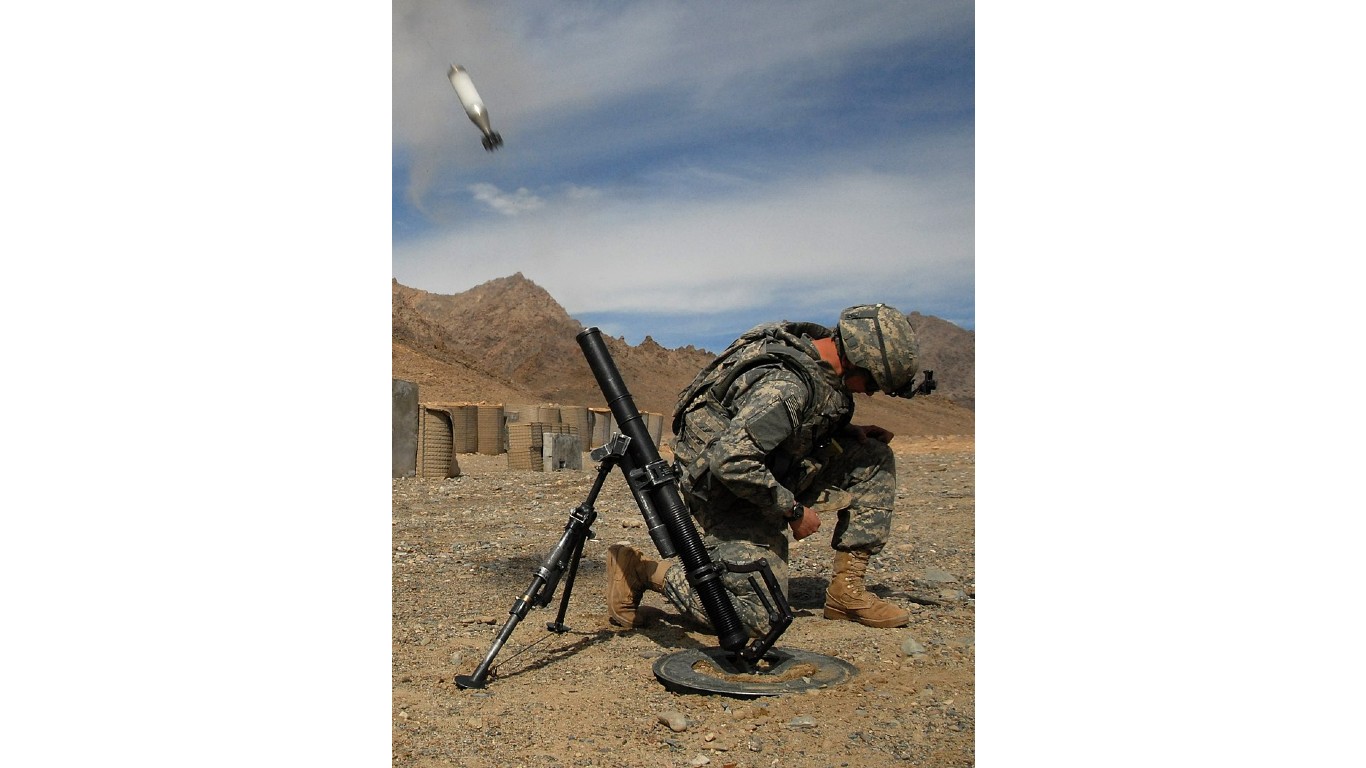 The M224 Lightweight Company Mortar System replaced the M2 and M19 mortars that were used in World War II. The M224 can fire a 60mm mortar at an effective range of up to about 3,500 meters, nearly double that of its predecessor. It is lighter, too, weighing in at 37.5 pounds. It can also fire all types of the older ammunition at a sustained 20 rounds per minute, operated by a three-person crew. 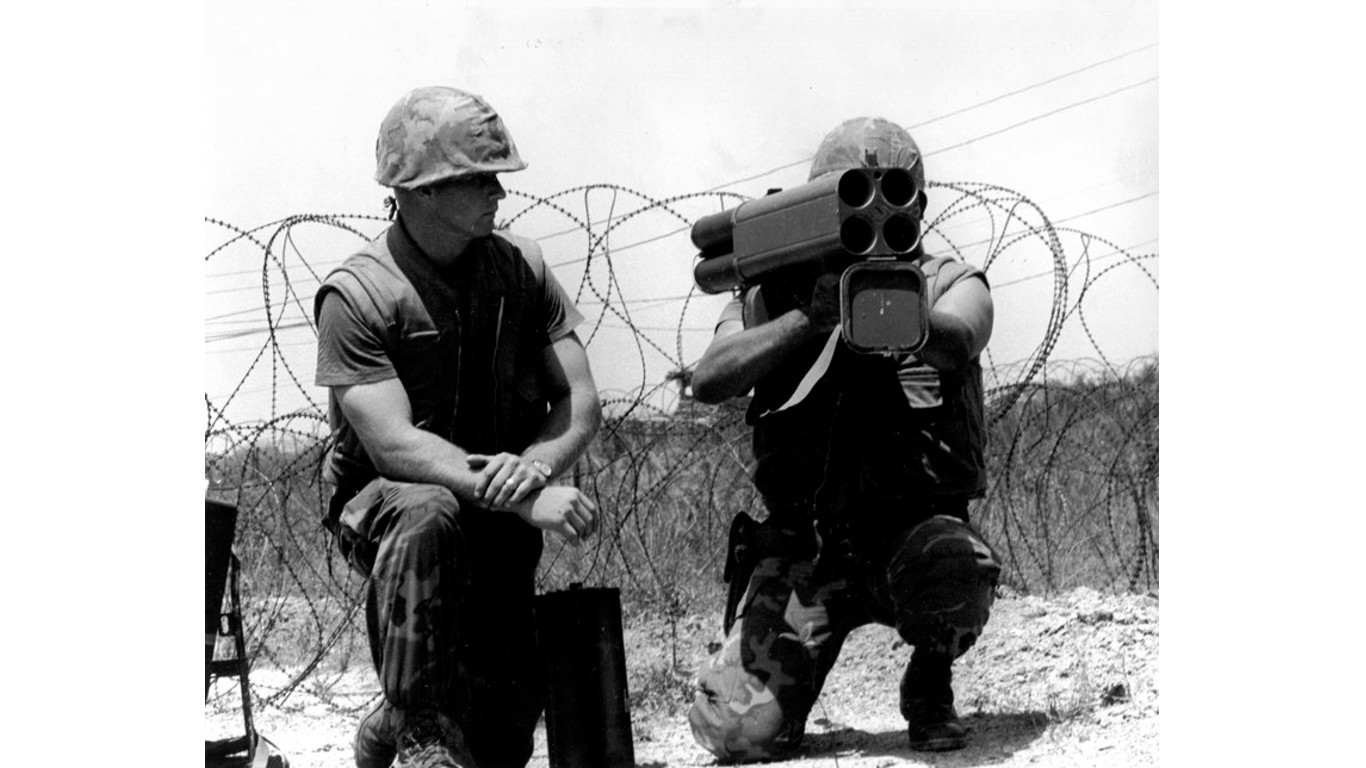 The M202 Flame Assault Shoulder weapon replaced the backpack-style conventional M2 flamethrower used in previous wars on enemy soldiers in machine gun nests and tunnels and other entrenchments from up to 40 meters away. The modern flamethrower is a pre-loaded four-barrel shoulder-launched RPG-style weapon that can lob 66mm rockets, one at a time or all four at once. It is packed with a chemical mix similar to napalm, turning the interior of an enemy fortification into a 1,200-degree furnace.

ALSO READ: 34 Combat Vehicles Used by the US Military 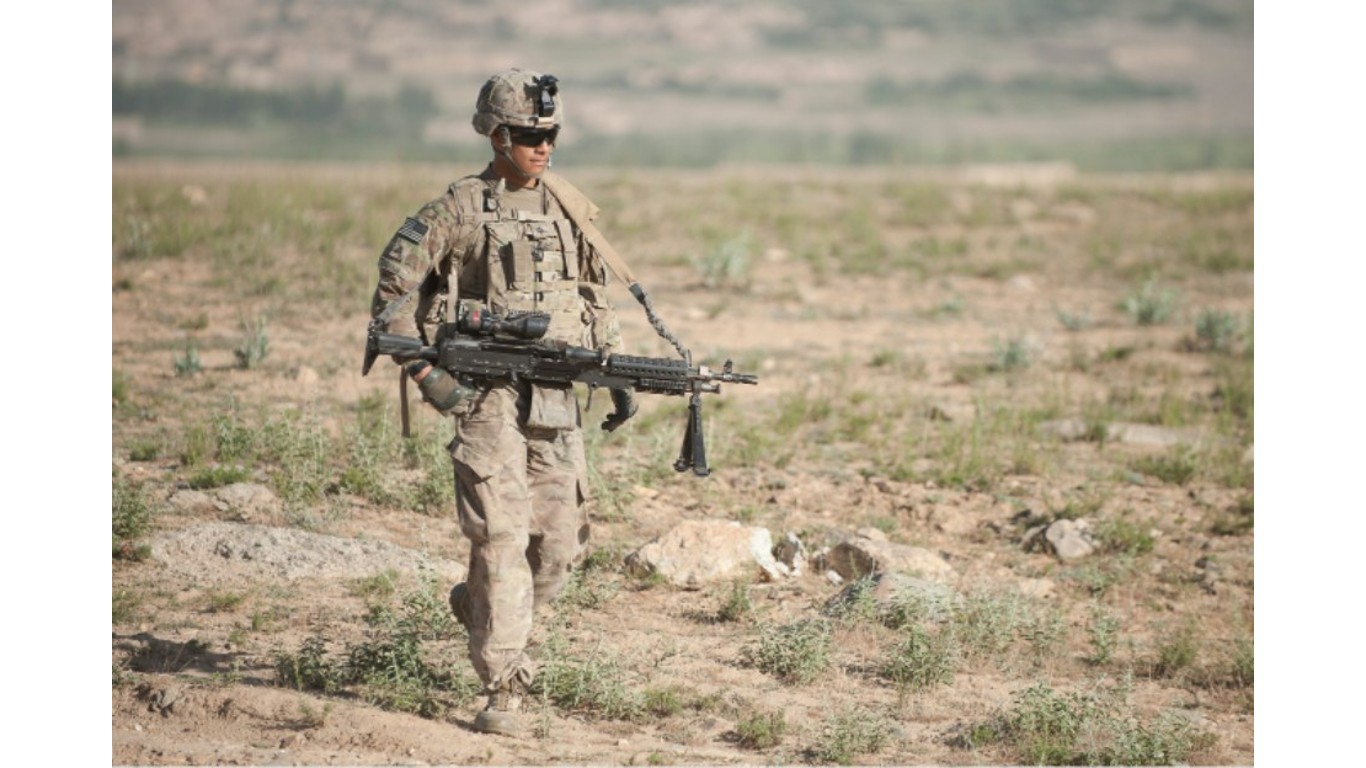 Based on the Fabrique Nationale MAG, an earlier general purpose machine gun of Belgian design, the M240 is a staple of the U.S. Army and Marine Corps, able to fire standard 7.62x51mm NATO rounds at extended ranges. The modern variant is lighter, and the weapon’s versatility ensures it would likely remain a service weapon for the foreseeable future. 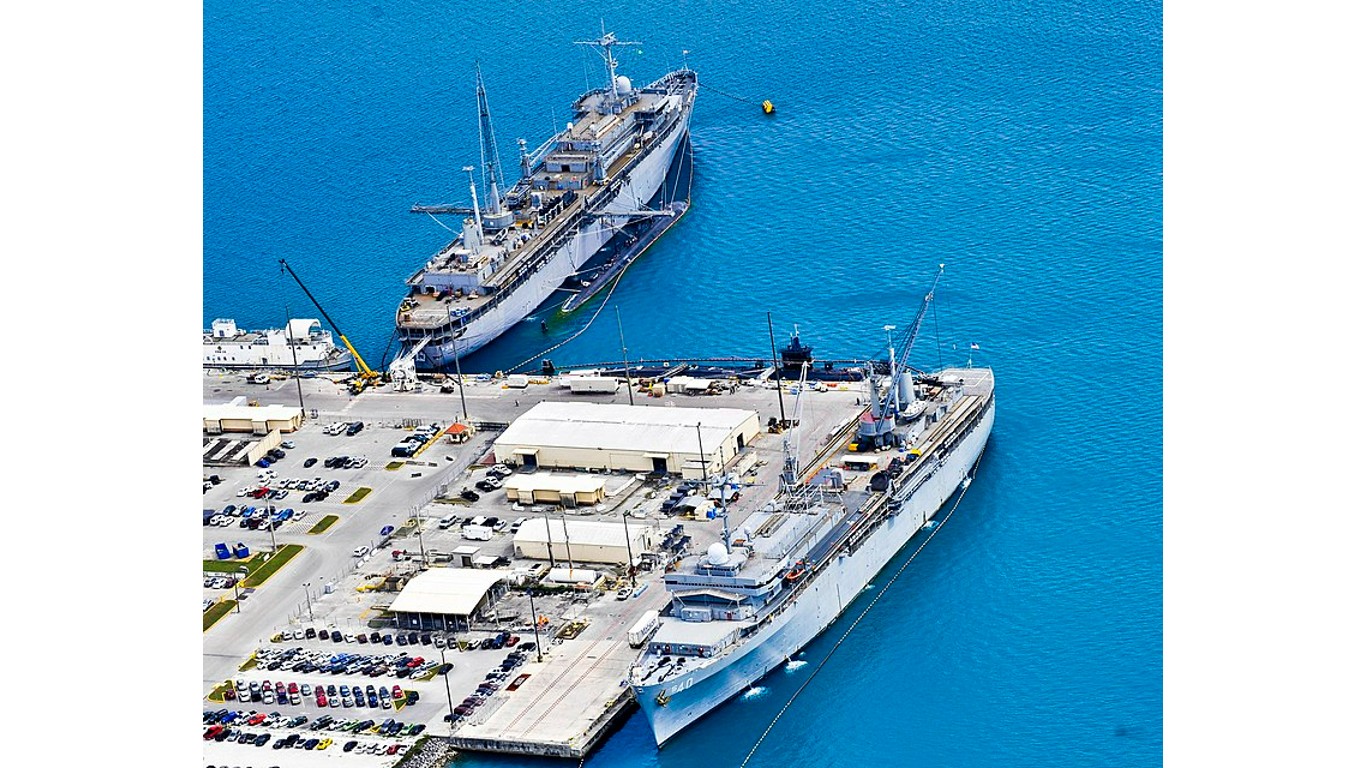 The Emory S. Land was the first of the latest class of submarine tenders, subs that offer supplies and support to Los Angeles class nuclear attack submarines and other vessels, including surface ships. These subs are floating workshops that can conduct maintenance operations at sea or in port, and they carry extra fuel, ordnance, other supplies, and can accommodate relief crews. 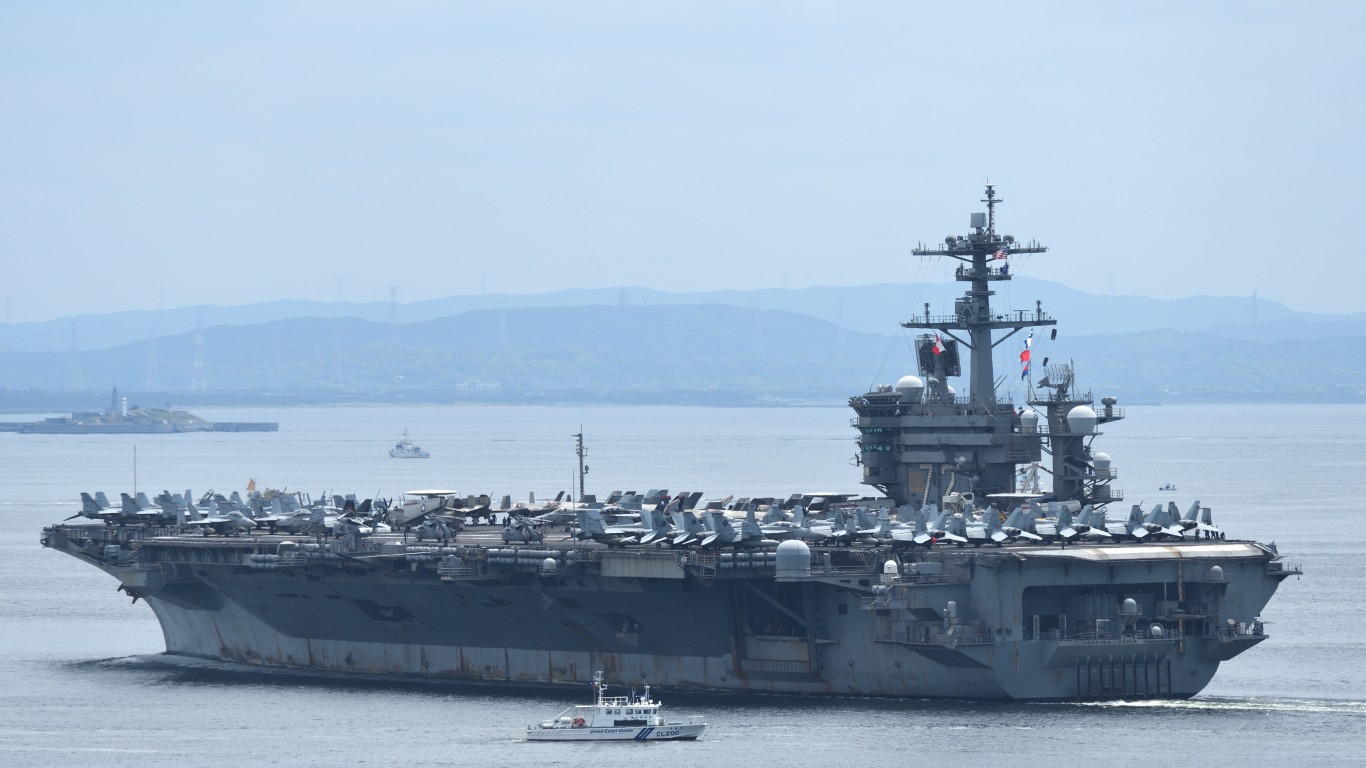 The 10 Nimitz class aircraft carriers of the U.S. Navy have been the largest warships ever built until the Gerald R. Ford class aircraft carrier, the first of which was deployed by the U.S. Navy on Oct. 4, 2022. When fully loaded, the 317-meter (1,040-foot) long warship typically accommodates about 4,700 personnel, including 1,500 aircrew members, and it can carry up to 60 aircraft with a maximum speed of more than 30 knots.