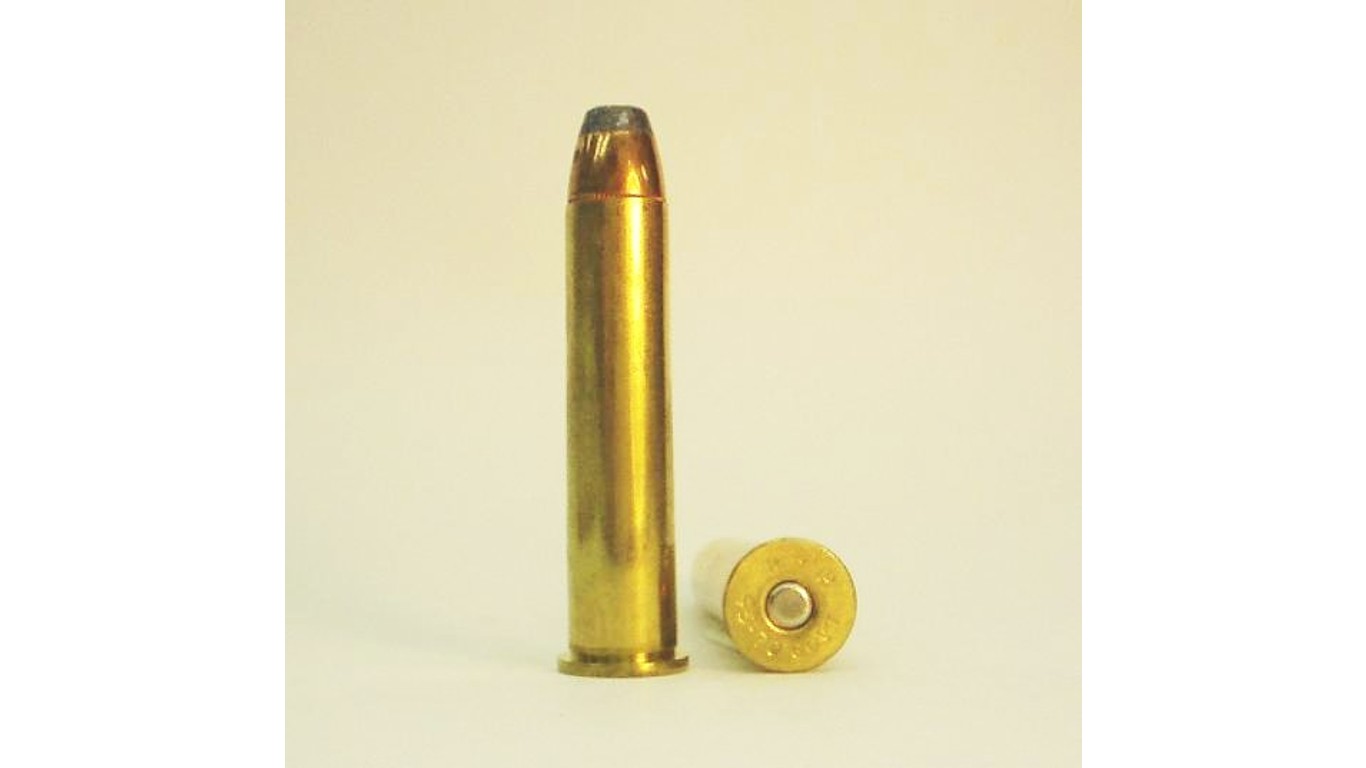 While larger bullets often do not travel as fast as smaller ones, their mass can compensate for the lower velocities upon impact. With a 325 grain bullet, a .45-70 caliber rifle can take some of the toughest game at 100 yards. When loaded with a 410 grain bullet, the rifle can take smaller game at 200 and 300 yards, though longer range shots are difficult and not necessarily recommended with this caliber. 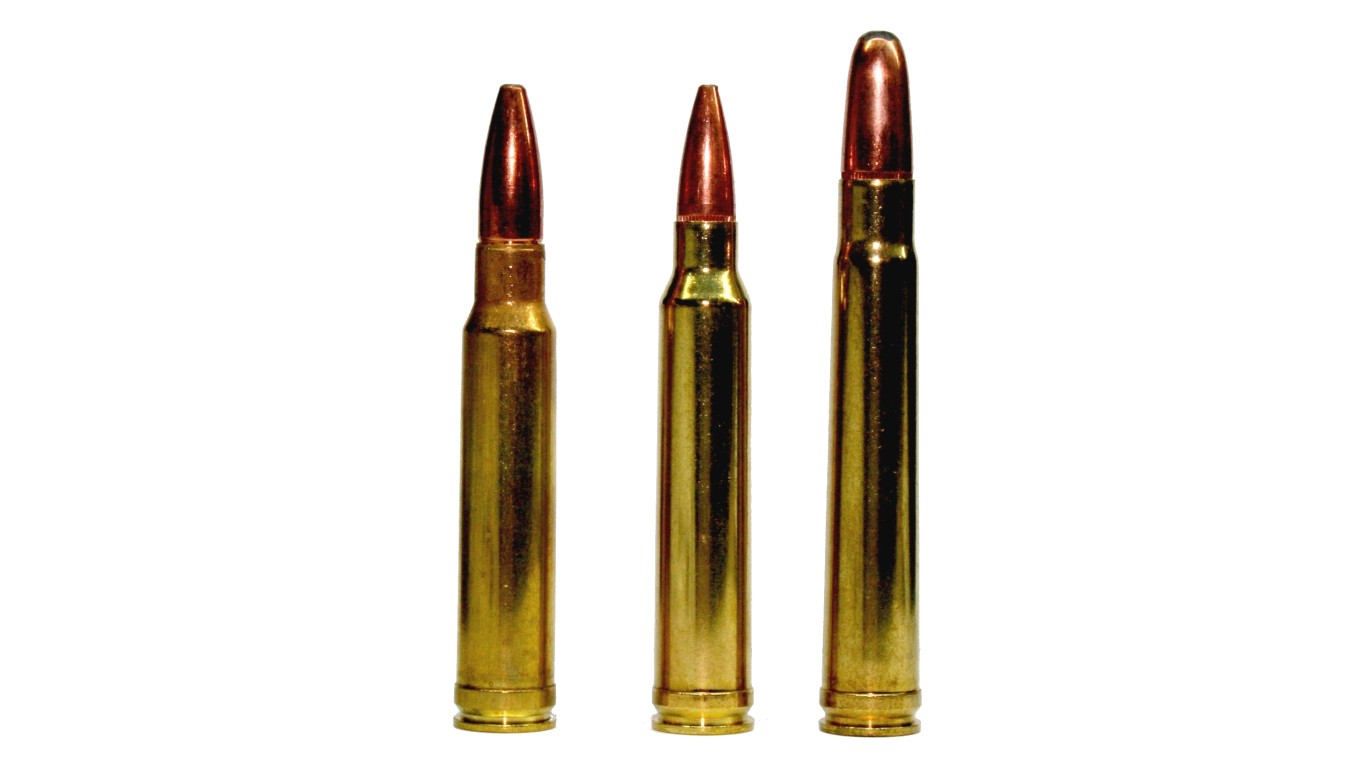 The .300 Winchester Magnum is one of the most popular hunting calibers in North America – and also among the most versatile. Though notorious for having heavy recoil, a .300 Win. Mag. rifle can take on virtually any large game on the continent, including elk, moose, and bear.

Deer hunters carrying a .300 Win. Mag. should stick to longer range shots with lower grain ammunition. Those looking to hunt small game would be well advised to use a different, smaller caliber rifle.

24/7 Wall St.
States That Make the Most Money from Guns 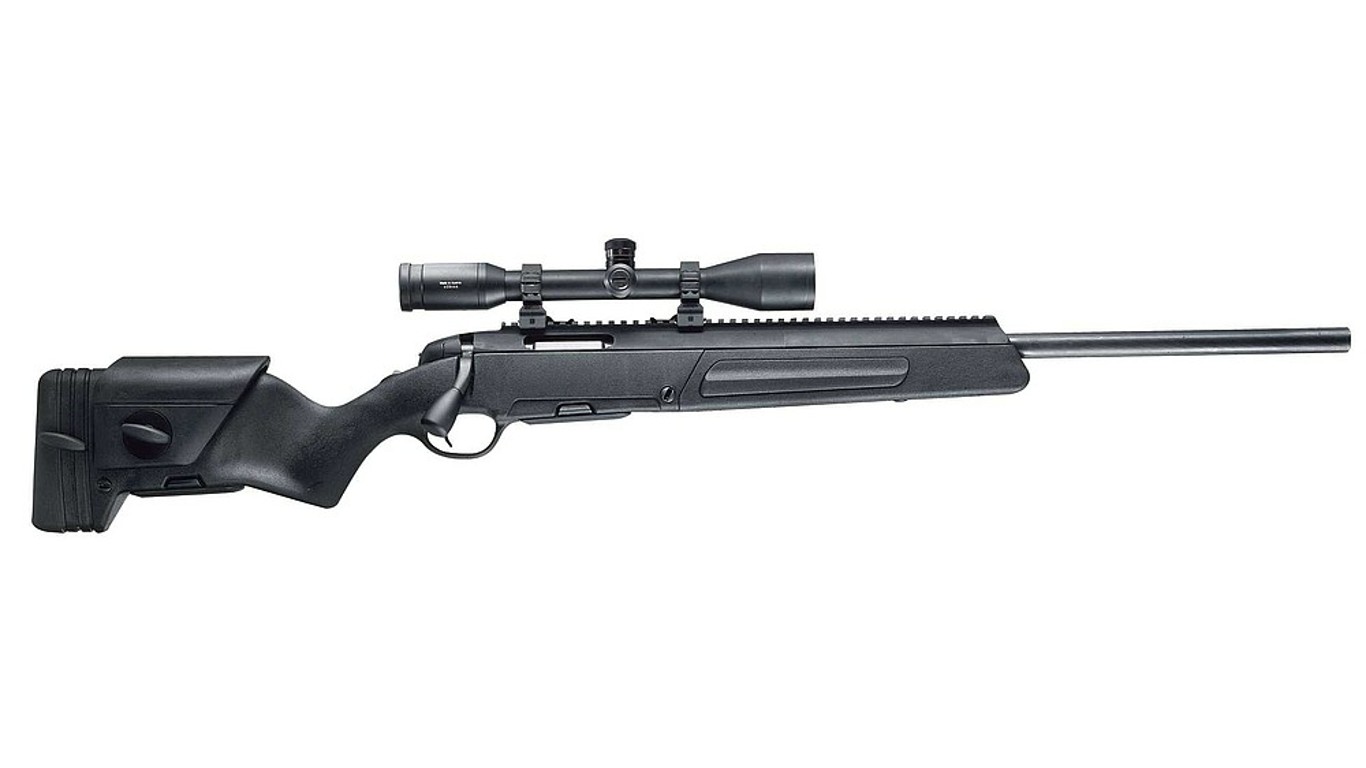 The .376 Steyr caliber round, introduced in 1999, was specifically designed for versatility. At 100 yards, a 270 grain bullet can take the toughest game in North America and even large African game, while a 225 grain bullet is well suited for medium sized game at 400 and 500 yards. 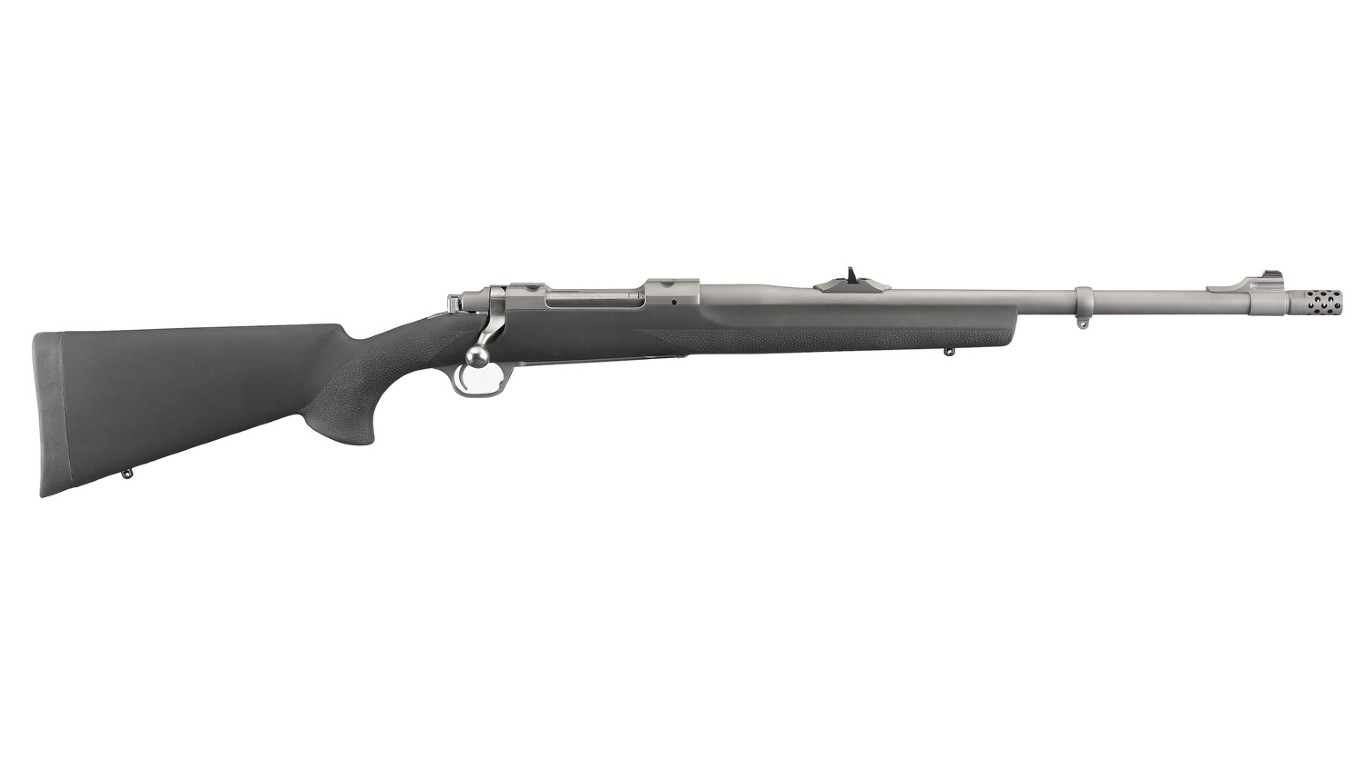 At 300 and even 400 yards, it is still suitable for some of the toughest game in North America. And with a slower 300 grain bullet, the .375 Ruger is also a reasonable choice for taking medium sized game beyond 400 yards. 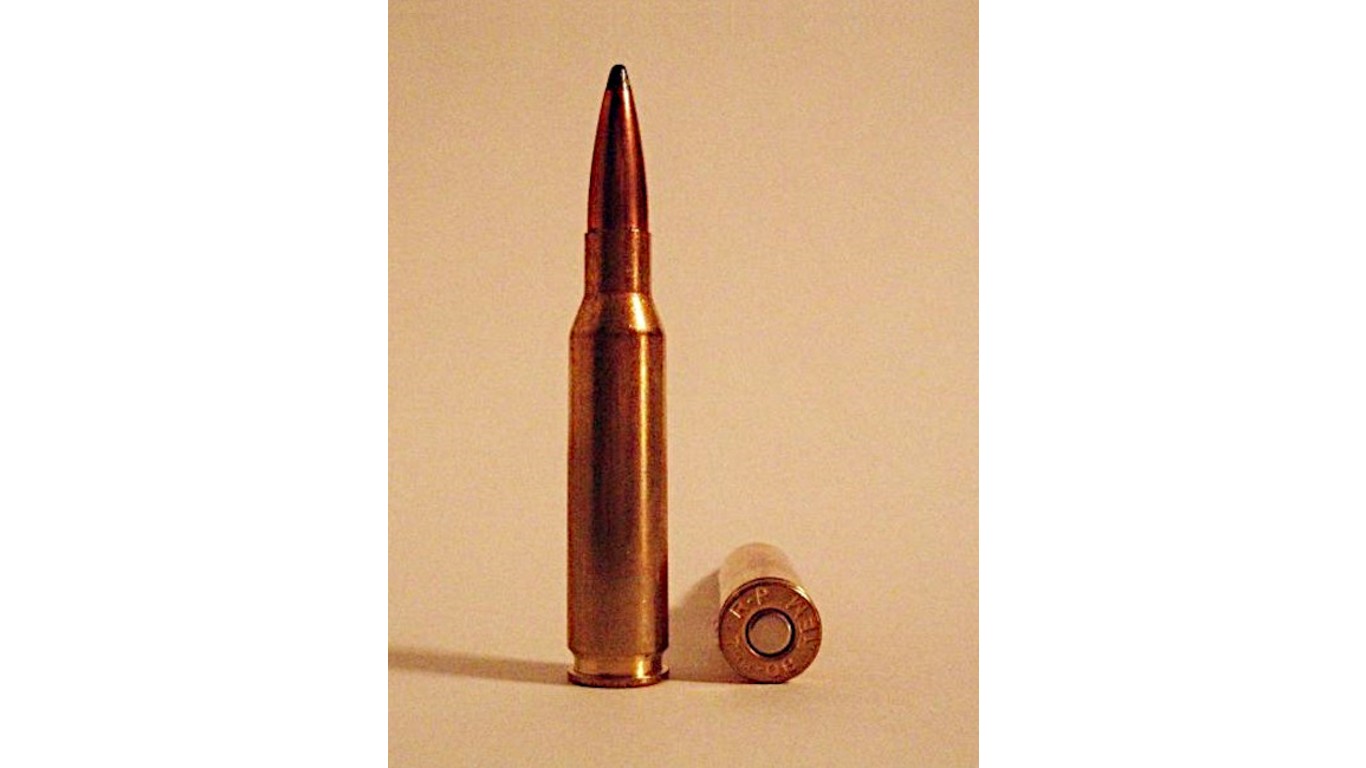 The 7mm-08 Remington is effectively a .308 Winchester round necked down to hold 7mm bullets. Though less popular than the .308, the 7mm-08 offers shooters a lighter rifle with lower recoil. Rifles chambered in 7mm-08 are capable of taking some of the largest North American game, including moose and bear, as well as smaller game like deer and hogs. The rifle is also capable of taking most game on African plains.