Will Boeing Be Able to Replace an Icon? 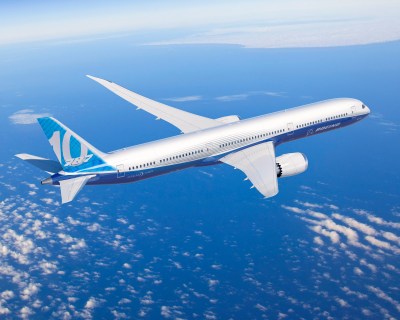 Source: Courtesy Boeing Co.
Boeing Co. (NYSE: BA) late Tuesday named president and Chief Operating Officer Dennis Muilenburg to replace Jim McNerney as chief executive officer of the company effective July 1. McNerney has held the top job at Boeing since 2005 but has reached the company’s mandatory retirement age of 65. McNerney will remain as chairman until the end of next February.

Muilenburg has had a 30-year career with Boeing, leading the Defense and Space Systems group before being named chief operating officer in 2013.

While Muilenburg should get more attention, the opportunity to look back over McNerney’s career as Boeing’s leader is too good to pass up. When he took over in 2005, the company had replaced two CEOs in four years. Phil Condit resigned as chief executive in 2003 following a scandal over the U.S. Air Force tanker program. He was followed by Harry Stonecipher, who came out of retirement in December 2003 to take the job he held for less than two years before being resigning after a consensual sexual relationship between Stonecipher and a female executive at the company was revealed.

After all that turmoil, McNerney, who was then CEO at 3M and a member of Boeing’s board, was named as Boeing’s chief executive, and his first job was to get the company out of the headlines and back on an ethical track. McNerney’s appointment resulted in Alan Mulally’s departure from Boeing to become CEO of Ford in 2006.

As CEO, McNerney faced an immediate threat of labor action, and it materialized just three months after he took the job when the local machinists’ union walked out. The walkout had been brewing and no one could lay the blame for it at McNerney’s feet. Another strike in 2008, however, essentially poisoned his relationship with the company’s unions to the point where Boeing threatened to move its 777X wing plant out of Washington. Both the state government and the union made significant concessions to keep Boeing in the state.

McNerney also inherited the development program for the 787 Dreamliner, which was launched under Stonecipher. That McNerney also served on Boeing’s board at the time the program was launched leaves him fully culpable in the over-budget, long-delayed program. The airplane is expected to turn the corner in the first half of next year and begin generating a profit for Boeing.

From a shareholder’s point of view, though, McNerney’s tenure in the corner office has been solid. Shares have more than doubled in the past five years, after a rocky first five from 2005 to 2010. The company’s quarterly dividend has risen from $0.25 per share to $0.91 since 2005. And the company has repurchased $8.8 billion in common stock through the end of 2014 and authorized another $12 billion buyback program.

Is McNerney a true icon at Boeing? Maybe, but the statue might have a few blemishes. He reportedly wanted the board to set aside its retirement age policy so that he could be the CEO next year when Boeing celebrates its 100th year of existence. An icon would have gotten such a dispensation; McNerney did not.

So Muilenburg has some big shoes to fill, but it will be far from an impossible task.