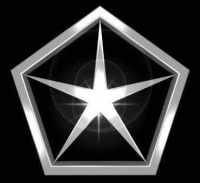 Chrysler was supposed to stumble out of Chapter 11. The recovery of General Motors (NYSE: GM) was remarkable. Ford’s (NYSE: F) success was based on its ability to introduce new products quickly because it did not go bankrupt. Toyota (NYSE: TM) and Honda (NYSE: HMC) have among the strongest balance sheets in the car manufacturing industry. But it is Chrysler that will end the year with sales up 25%.

On its way to a big year, Chrysler passed Nissan in domestic sales for 2011. It nearly caught quality leader Honda. It had only two vehicles in the top 20 in sales for the month of November — the last for which numbers are available. Both were light trucks — the Dodge Ram and Jeep Grand Cherokee. That means Chrysler had to post relatively strong, but not breathtaking, sales across the balance of its product line.

Chrysler was particularly adept at one of the oldest tricks in the industry. It reintroduced models that have done well in the past, but not recently. These vehicles already have brand recognition. They probably could sell well again, if they were updated and improved. Advertising costs for these are likely to be less than for entirely new nameplates. Chrysler gave its 300 series a facelift, better engines and more features. It replaced its aged Jeep Grand Cherokee with one that was almost completely overhauled. It brought the Challenger and Charger, two of the older brands among American muscle cars, back into the market.

Chrysler outsmarted most other car companies because it had no choice. It lacks the balance sheet that most of its larger rivals have. It lacks the budget for ad campaigns that would match its peers. It has a relatively small dealer network. Its product development and management operations are modest. And Chrysler had to handle a transition from a U.S.-managed company to one run by the Italians from Fiat.

Chrysler, the 98-pound weakling among the manufactures that sell cars in America, was more nimble that its competition, and it showed.