The Most Reliable New Cars You Can Buy 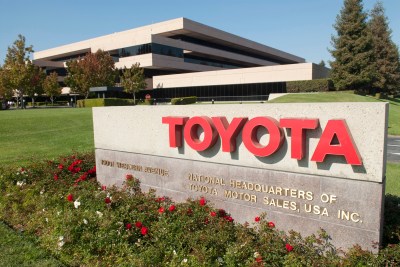 Consumer Reports groups the manufacturers’ results into makes and indicates how many models were reviewed in each make. So, for example, a Volkswagen Golf is a top-rated model for reliability while a Beetle is among the least reliable. Volkswagen’s overall total of 14 models yielded an overall rank for the make of 20th out of 28. Not so hot.

A total of 8 Japanese makes rank in the top 11, and every Japan-based automaker except Nissan is represented. Lexus, Toyota, and Acura are the top three makes and German carmaker Audi climbed four spots to fourth. Volvo rose 13 spots to rank 7th, and the GMC make from General Motors Co. (NYSE: GM) hung in for 9th place after falling two notches.

Among models with better reliability than last year and that gained “recommended” ratings from Consumer Reports are two from Buick, the LaCrosse and Verano; two from GM, the Chevy Silverado 2500 and the GMC Sierra 2500 diesel pickups; the Chrysler 300C; the Ford Mustang; the Mercedes-Benz M-class; and the Porsche Cayenne.

Among models that are “not recommended” and that have declining reliability are three Chevy models, the Camaro and two Cruze models, the Dodge Durango; F-150 3.5L EcoBoost model from Ford; the Honda Accord V-6; the Jeep Grand Cherokee; and others.

Of 31 models included from Ford Motor Co. (NYSE: F), the 6-cylinder F-150 pickup is the best and the C-MAX Energi plug-in hybrid is the worst. Only seven Ford models received an average reliability rating from Consumer Reports and only the F-150 with the 3.7 liter V-6 engine was rated above average; 23 Ford models were rated below average. As weak as Ford’s showing is, it is up one place from last year’s showing of 27th.

Joining Ford at the bottom of the reliability list are Dodge from Chrysler Group LLC, Cadillac, Lincoln, and Mini.

Toyota’s Lexus luxury cars topped the list with a total of 8 models scoring 52% better than average. Toyota, with 26 models, was second with a total score 37% above average. Given the bad press that the company received from its several recalls and fines, consumers still rank the cars very high for reliability.

In the month of September GM, Ford, Toyota, Chrysler, and Honda, in that order, were the top selling vehicles in the U.S. Given the poor reliability showings from Ford and Chrysler’s Dodge brand one might conclude that while reliability is a virtue to American car buyers, it’s not the only virtue.