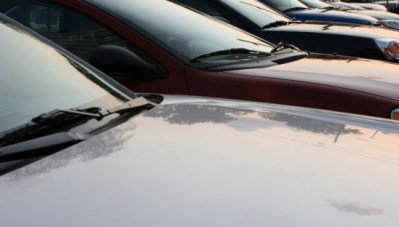 Source: Thinkstock
Automakers reported November U.S. sales throughout Tuesday, and we will follow the reports and post results as they come in. Carmakers had another good month both in sales and in average sales prices. Two of the automakers are projecting 2013 sales to reach an annual rate of 16 million new vehicles sold by the end of the year.

New car prices rose 1.1% year-over-year in November and 3% month-over-month, according to Kelley Blue Book. The increase from October’s average is more than $1,000, to an overall industry average price of $32,769.

Chrysler Group’s year-over-year sales rose 16% to 142,275 units, as the company’s Chrysler, Dodge, Jeep and Ram Truck brands all posted gains. Month-over-month, however, sales rose by about 2,200 units, or 1.5%. Chrysler projected a seasonally adjusted annual rate of sales from all manufacturers at 16.3 million units for 2013, substantially above last month’s projection of 15.7 million. The company ended the month with 91 days supply of inventory.

Sales for General Motors Co. (NYSE: GM) rose nearly 14% in November, from 186,505 a year ago to 212,060 vehicles this year. GM’s sales rose 21% in October, following a poor showing in September. Fleet sales, which were down 27% in September, were down just 0.3% in October and down 3% in November. Retail sales rose 19% in November. For the year to date, GM sales are up 8.8%. GM estimates that full-year seasonally adjusted annual rate of U.S. sales for all carmakers will total more than 16 million.

Sales at Toyota Motor Corp. (NYSE: TM) for the month totaled 178,044 units, up 5.9% compared with November 2012 and up 10.1% unadjusted, and that is the number that is comparable. A company executive said, “Showroom traffic surged over the holiday weekend for Toyota, indicating good momentum we expect to continue through the end of the year and into 2014.”