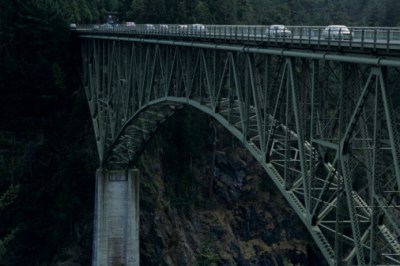 Source: Thinkstock
Westport Innovations Inc. (NASDAQ: WPRT) has a lot to be thankful for after what was a poor earnings report. The quarterly report was nothing stellar, and this year is going to be one of continued evaluations and losses. Still, the company is targeting positive EBITDA and its can still have a great future.

The earnings release from Westport comes with a good news and bad news scenario. The good news is that the stock’s reaction was positive despite a poor earnings report. The bad news is that for Westport to now double, it is going to require a new fight in Washington to get policy changes going again for a much wider adoption of CNG fueled trucks on the highway system.

So, again, Westport could still double. Our view is that the chances of a doubling have no come way down in 2014. Maybe that takes place in 2015, or maybe in 2016, during election fever when politicians get more windbag rhetoric on developing a real U.S. energy policy.

That guidance is not good, but the stock is down only 2% at $16.55 after the earnings report. Trading volume was light at almost 1.2 million shares in mid-day trading, and the stock was actually halted with its earnings report.

Fortunately, Westport Innovations has put options out to January 2015 and January 2016 for those investors who want to ride this out or who want to stay under the belief that this can double.

Our final revisited view after earnings: Westport Innovations has tarnished its ability to double this year. It could still have significant upside if any improvements are made, and there can still be tremendous upside to a double or much more in the years ahead if major developments and trends work in its favor. 24/7 Wall St. remains optimistic, but we just cannot endorse the notion that Westport’s stock price will double in 2014, even if it seems like a scenario with more upside than downside.

Ford Shares Surge Ahead of Rival