Are Rising Car Prices a Good Thing for the Economy? 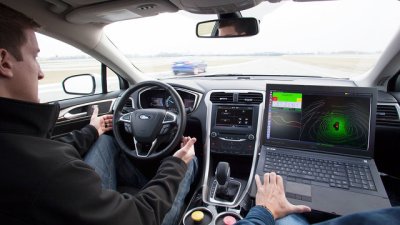 Source: Ford Motor Co.
Despite the highly promotional theme that seems to always be present in the car sales market, it turns out that new vehicle prices have been rising steadily over the past five years. This is after a period of consistent declines from 1998 to 2008. Sterne Agee’s Michael Ward has a report out on Tuesday showing the trends that both new and used vehicle prices were up again in March. The question we would ask is if your paying more for a new car (or used car) is actually better for the economy as a whole.

The most recent data from the Bureau of Labor Statistics also accounts for the notion that retail incentives have been in a tight range over the past four years, averaging about 8% of the gross transaction price. His report considers that positive pricing and declining costs have contributed to record financial performance for the auto sector.

It will be interesting to see how this trend plays out with the recalls of the General Motors Co. (NYSE: GM) cars. Ford Motor Co. (NYSE: F) is actually seeing a rise in its shares after reporting strong sales trends in Europe, but Sterne Agee’s report is aimed solely at U.S. vehicle sales.

Used vehicle prices decreased an average of 0.3% in calendar year 2013 according to the BLS, versus a 0.9% increase in 2012. Used cars are exceeding new cars in 2014 as well, as the Sterne Agee report shows that used vehicle prices have risen 0.7%. The report further says:

It may seem silly to think that rising car prices is a good thing for you or for the economy. But consider a few things here. This helps when you want to sell your used car. This keeps the auto industry strong — which is good for jobs.