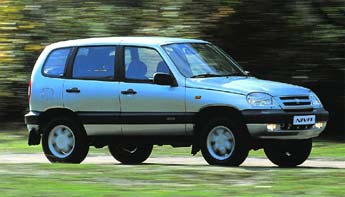 Source: AvtoVAZ
Sales of new passenger cars and light commercial vehicles (LCVs) in Russia fell 12% year-over-year in May, and year-to-date sales are down 6%. And it is projected to get worse.

Bo Andersson, CEO of AvtoVAZ, one of Russia’s largest carmakers, said last month that new car sales will shrink by up to 20% in 2014, after falling 5% in 2013. Andersson also said that sanctions imposed on Russia are not the reason for the downturn.

Ford sold 107,000 vehicles in Russia in 2013. Russia is Europe’s second-largest market for new vehicles, and Ford expects Russia to become the largest over the next several years. The company has a 50/50 joint venture with Russian firm Sollers that operates three manufacturing plants in the country and plans to launch a new engine plant next year. Ford is closing plants in the United Kingdom and Belgium and moving some production to Russia.

GM sold 258,000 vehicles in Russia last year. The company has a plant near St. Petersburg that has a current manufacturing capacity of 98,000 cars, but it is scheduled to be expanded to a capacity of 230,000 cars by 2015. GM was forced to shut its Russian plant for a full month last summer instead of a scheduled two weeks due to weak sales in the Russian auto market.

Neither U.S. carmaker can expect to get any sales help from Russia this year and very likely none will be forthcoming next year either. And while U.S. and European sanctions are claimed to have had no impact on car sales, that could change quickly if sterner sanctions are imposed.