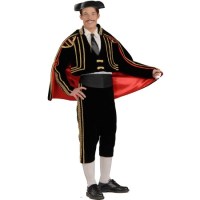 When this weekend’s announcement came out of a $125 billion bailout for Spain to prop up its troubled banks, most would have just assumed that this meant the ‘risk-on’ trade was due for blast-off on Monday.  The problem is that the opinion of this bailout has been very mixed by economists and analysts over whether it is ample or whether it is simply putting a band-aid over a tumor.

Spanish stocks were up big earlier with Spain’s IBEX 35 Index up almost 5% earlier this morning before U.S. investors were awake.  The news had European markets higher on reaction to the bailout plan for the troubled banks in Spain.  That was then.  The markets are greedy, and now the focal point is shifting back to Greece ahead of this coming weekend’s election. To show just how muted this is, the ADR of National Bank of Greece SA (NYSE: NBG) is only flat at $1.21 in New York trading against a 52-week range of $1.12 to $7.55.

Maybe you can argue that the news was already getting priced in last week when the markets were rallying as the ETF and the two banks did show some share recovery ahead of the news.  Then there is the argument that Spain is only one step of a multi-hurdle process.

Spain may have a lifeline thrown its way.  How this pans out in the end-game is still up for grabs.  Just do not forget that there are four other PIIGS members which have to be dealt with sooner rather than later.