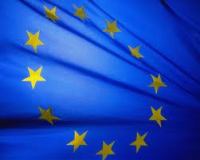 German Chancellor Angela Merkel and French President Francois Hollande met briefly today before a summit meeting of eurozone leaders to discuss the role of the banking supervisor that is to be created by the end of this year under the control of the European Central Bank. The role that the supervisor would play in eurozone banking and national budgets is unclear and has been the source of much discussion and many harsh words since the supervisor was proposed in June.

Merkel continues to argue in favor of a supervisor with the power to veto national budgets if the budgets do not conform to European Union rules. Hollande is reported to have said that the issue of a fiscal union was not on the meeting’s agenda and that it is more important to establish a European banking union first.

Reuters reported that after their 30-minute meeting Merkel and Hollande agreed that there is a “tight timetable for introducing a banking union.” And the sun rises in the east.