The Weekend That Destroyed Bitcoin

Source: Wikimedia Commons
Bitcoin is proving to be the joke of a currency that many experts and pundits had predicted. This is too bad, because the world could use something akin to Bitcoin — perhaps with more transparency and with some actual government bodies behind it. This weekend very well may have marked the true beginning of the end of Bitcoin, or maybe the death of one of its top exchanges.

The MtGox exchange website had previously suspended activities for withdrawals of Bitcoins. The exchange is losing any resemblance of a marketplace. And now the price on this exchange has simply cratered. MTGox recently said in a non-technical explanation,

“A bug in the bitcoin software makes it possible for someone to use the Bitcoin network to alter transaction details to make it seem like a sending of bitcoins to a bitcoin wallet did not occur when in fact it did occur. Since the transaction appears as if it has not proceeded correctly, the bitcoins may be resent. MtGox is working with the Bitcoin core development team and others to mitigate this issue.”

It was recently reported that a Silk Road 2.0 site had been hacked, and that all 4,474 Bitcoins had been stolen. The heist was valued at close to $2.7 million at the time. Bitcoin was trading at almost $600 on Thursday, and it just gets worse and worse from there.

MtGox was the biggest and best Bitcoin exchange, but it has now lost much of its dominance. Its website even says SECURE, RELIABLE, EASY, and GLOBAL. With the global outages, theft, halts and volatility, the claims just aren’t what they seem. MTGox said on Saturday,

“… we are going to have a 6-hour downtime on all bitcoin deposits and internal bitcoin transfers in addition to the current pause on bitcoin withdrawals. Trading will otherwise still be open as usual… The above downtime period is approximate: it may be shortened or lengthened as required.”

No news feed update has yet been issued.

This is not how real currencies trade. People who have used Bitcoin can arguably use any exchange they want, but, after getting burned this badly, some Bitcoin fans are not even going to be comfortable using a virtual currency like this ever again. It is almost no different than buying a hot dot-com stock in 2000 for hundreds of dollars, only to sell it for a few dollars or pennies after buying it. How many of these people are hearing the words “I told you so!” a lot right now?

New York wants to regulate Bitcoin, if it is around. China and Russia have squashed it as a legal tender. And anyone who actually trades currencies like the Euro and Yen would tell you that a currency this volatile is not a real currency.

“You may have noticed that some exchanges have temporarily suspended withdrawals and wondering what’s going on or more importantly, what’s being done about it. You can be rest assured that we have identified the issue and are collectively and collaboratively working on a solution.”

Lastly, there is the Bitcoin.org warning under the frequently asked questions of Can Bitcoins Become Worthless? –

“Can bitcoins become worthless? Yes. History is littered with currencies that failed and are no longer used, such as the German Mark during the Weimar Republic and, more recently, the Zimbabwean dollar. Although previous currency failures were typically due to hyperinflation of a kind that Bitcoin makes impossible, there is always potential for technical failures, competing currencies, political issues and so on…”

Unless someone is able to create Bitcoin arbitrage and can actually access their Bitcoins, then technophiles are not very happy about endorsing a currency that has no true backing. This may truly have marked an end for Bitcoin. History is against it. All virtual currencies created have not managed to survive. Even the promise of micropayment transaction systems have failed to live up to their promises.

Rivals to Bitcoin are being announced of late as well. Caveat emptor! Again, the world needs something like a Bitcoin – just a real version of it that governments and central banks can endorse rather than snub. 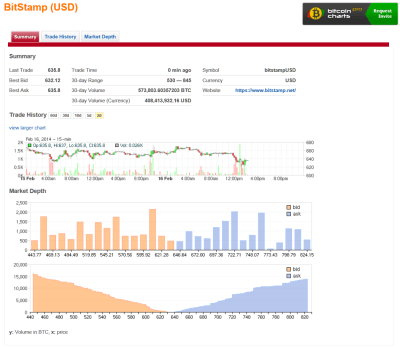