Why Assurant Is Now So Attractive 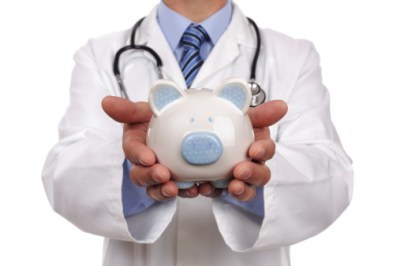 Source: Thinkstock
Assurant Inc. (NYSE: AIZ) shares were not just at 52-week highs on Monday. They were at all-time highs. The driving force was an extraordinary analyst upgrade from Bank of America Merrill Lynch. The firm’s rating was a two-notch upgrade, an unusual move, in which the insurer was raised to Buy from Underperform.

Most ratings move from Underperform to Neutral or Neutral to Buy. The firm also raised its price objective from $69.00 all the way up to $89.00 in the call. Of the seven analysts that follow Assurant, the highest target is $95.00 while the consensus price target is closer to $75.50.

Merrill Lynch’s Seth Weiss and Ian Ryave were behind the report. The three driving forces were a greater value to the expected sale price of its Employee Benefits business, the overhang of the Health business being fully behind it and the Specialty Property unit continuing to exceed expectations.

The $89.00 price objective implies a 21% total return potential (gains plus dividend), versus an 11% average upside for the group.

Merrill Lynch noted that Assurant’s Solutions and Specialty Property businesses provide robust free cash flows that allow it to consistently support high levels of share buybacks. The moderation of its specialty property line earnings also has been slower than expected, keeping its operating earnings higher than expected. After exiting Health and with an eventual sale of its Employee Benefits operations, Assurant will have excess levels of capital that can drive further buybacks or be used for mergers and acquisitions.

We expect Assurant will have at least $1.3 billion of immediately deployable capital by the end of 2016. This is in addition to the $700 million of buybacks and shareholder dividends that we estimate Assurant will deploy in the next six quarters, and $500 million to $600 million of normal cash flow we expect the company to generate in 2017. In total, we believe Assurant will be able to deploy more than $2.5 billion of capital, or 50% of the current market cap, by the end of 2017. This figure could be even greater if Employee Benefits (which the company plans to announce a sale of in the next two months) sells for more than our assumption, which we have valued at 1.25 times book value. Given uncertainty of timing, we have not explicitly modeled for this capital deployment in our estimates. However, we estimate that deployment of excess capital could improve our run rate earnings per share by up to $1.00, which should help drive mid-teen earnings per share growth through 2018.