How Much Is Richard Branson Really Worth?

On Sunday, Richard Branson, founder of Virgin Galactic, climbed aboard the company’s VSS Unity and took a ride to an altitude of around 52 miles above the surface of the earth. Branson, who has built his fortune around a gaggle of companies with the Virgin name, could afford to take a lot more of those trips, even if he had to pay for it.

As of Monday morning, Forbes estimates Branson’s wealth at $5.9 billion. Virgin Galactic charges $250,000 for a ride like the one Branson took on Sunday. That pencils out to 23,600 more flights, or one per day for more than 64 years. Branson is 71 years old.

Branson got his start with a chain of record stores (remember vinyl records?) that he opened in 1972 and parlayed into a holding company that owns 40 companies, at last count.

He sold Virgin Records in 1992 for $1 billion. He started Virgin Atlantic airlines in 1997 and sold it to Alaska Airlines in 2017 for $2.6 billion. He founded Virgin Galactic in 2004 with the goal of building a space tourism business.

Virgin Galactic has gotten a boost recently from retail investors following the company on Reddit. The following chart was posted late Sunday and shows positive (green) and negative (red) sentiment toward the company, comment volume (blue) and share price (orange). 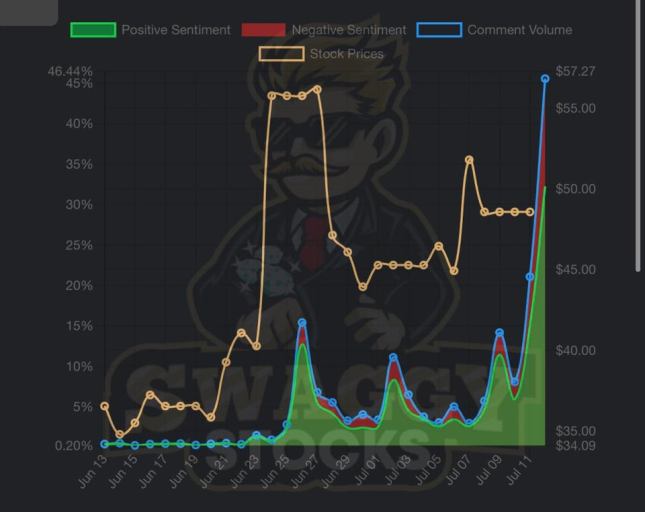