Australia Flood Is Concern For Coal Prices, A Commodities Lesson 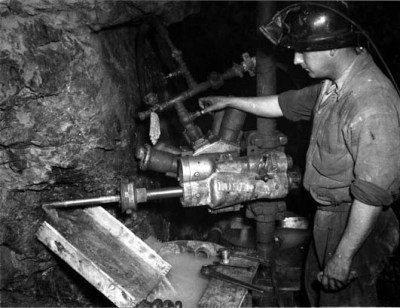 Floods not seen in the modern era have shuttered coal mines throughout an area of Queensland, Australia, the size of Texas. Several large international miners, including Rio Tinto (NYSE: RTP), will take huge losses. That is only part of the trouble. The interruption may go on for months, which will almost certainly make the price of coal rise.

There is a significant coal shortage in China, and there is no immediate relief for the problem. China is a major consumer of coal just as its is of crude oil. Demand from the world’s second largest economy by GDP will push up prices. The cost of coal to industry in China is underwritten by the central government. That means China will either have to take larger losses or pass prices on to the private sector.

The coal mine problem in Australia could have an immediate effect on steel prices. The island nation produces about half of the world’s coking cola for the steel industry.

Coal prices have already started to rise, and the expectation is that the increase will accelerate. “The Macquarie Group said the spot price for coking coal was heading from a current level of $US246 ($240) towards $US300 a tonne, and this may be reflected in the next round of quarterly export contracts. The current contract price is $US225,” according to The Australian.

Rarely mentioned in predictions of the price of oil and other commodities are the forces of supply interruption. Every time a large storm blows into the Gulf of Mexico there are concerns that the price of crude will rise. The same is true when there is political turmoil in large oil producers like Nigeria. Wheat prices were affected last year as Russia said its supply was so low that it could not export the grain.

When commodities prices are low, the markets shrug off this kind of news. Now, as many commodity prices head toward records, traders and consumers will be more and more concerned about availability. That means it will not take much more information about potential lack of supply to cause the prices to race higher.

Why Gold Miners Barrick and Kinross Could Raise Dividends Even Higher