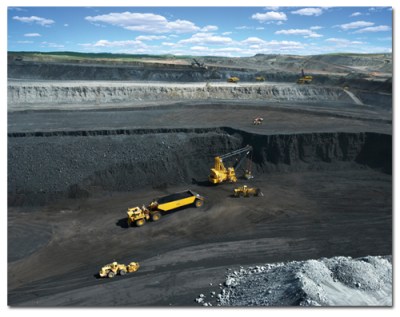 Like demand for crude oil, demand for coal is being driven by China. The government’s recent decision to limit domestic production means that other coal miners will be sending more coal to China in 2011. But to take advantage of the situation, US coal miners need to execute.  That’s what Arch Coal Inc. (NYSE: ACI) failed to do in the company’s fourth quarter.

Arch posted EPS of $0.29 on revenue of $835.4 million, compared with analysts’ expectation of EPS of $0.43 on revenue of $850.4 million. The company blamed “lower-than-expected shipment levels, poor Eastern rail service and [expected] lower-than-planned production” at one of its mines. Larger rival Peabody Energy (NYSE: BTU) posted better-than-expected results earlier this week.

In its earnings release, Peabody said that it believes the world is entering the early stages of “a long-term supercycle for coal” as demand from Asia, particularly China and India, picks up. Following is a table of the upside estimates for Arch, Peabody, Massey Energy Corp. (NYSE: MEE), International Coal Group, Inc. (NYSE: ICO), Patriot Coal Corp. (NYSE: PCX), and Consol Energy Inc. (NYSE: CNX).

The low upside at Massey is probably due to the recent change in leadership, as well as lingering questions about liability from the explosion last year at the company’s Upper Big Branch mine that killed 29 miners. The negative upside at Patriot probably doesn’t reflect three positive ratings on the stock in the last three weeks.

The very high upside at International likely reflects both the company’s operations and the talk that it will be acquired by Massey. Patriot has also been mentioned as a takeover target for Massey. International’s market cap is about $1.7 billion and Patriot’s is about $2.2 billion, compared with Massey’s $5.5 billion. A deal for either one is not out of the question.

The upsides for Arch, Peabody, and Consol are all in the same ballpark, and that 18%-20% growth depends on the companies’ abilities to get more coal to Asia. Arch recently signed two deals to ship coal from its mines in the Powder River Basin from the West Coast. Peabody is also looking to acquire terminal space on the West Coast for its Wyoming and Montana coal production.

Along with increased production, higher prices will also contribute to growth in coal company stocks. Metallurgical coal spot prices have been as high as $350/metric ton, with Peabody reporting first quarter contract prices of $225/metric ton. Arch expects to sell 98 million tons of Powder River Basin thermal coal at a price of $13.52/ton, about $1.50/ton more than the 2010 price.

Increased production, higher prices, and a route to Asia are the keys for coal miner growth. Arch Coal shares are down about -3%, to $31.72, following their lackluster report. The Market Vectors Coal ETF (NYSE: KOL) is down more than -2.5%, to $45.28 at around noon.