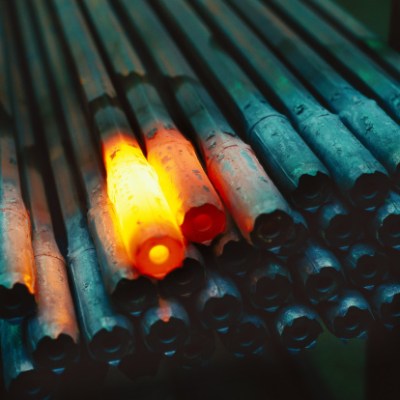 Source: Thinkstock
United States Steel Corp. (NYSE: X), or U.S. Steel, has sure seen a reversal of fortune in the past week or so. Three different analyst upgrades have now driven shares increasingly higher. U.S. Steel experienced a net loss of $18 million in the most recent quarter, but this would have been a gain if you excluded one-time items. Earnings and revenues handily beat expectations, and this gave turnaround investors a reason to reconsider this long-forgotten iconic American company.

24/7 Wall St. wanted to see what the additional driving force is that is driving these upgrades.

On July 31, Nomura raised its price target 25% to $40 “to account for higher than forecast earnings power in 2015/2016, coupled with deleveraging benefits from the significant FCF upside already achieved in 2014.” The investment bank thinks U.S. Steel can generate $1.8 billion in free cash flow the next two years.

On August 4, U.S. Steel saw its rating raised to Buy from Hold by Deutsche Bank, and the target price raised to $40 from $28. Deutsche Bank noted that its new targets and estimates reflect better guidance from the steel giant. The firm raised 2014 and 2015 EBITDA targets, with larger projected gains in 2015 versus 2014. The new price target of $40 implies six times 2015 EBITDA expectations.

KeyBanc raised its rating to Buy from Hold with a $48 price target. KeyBanc hinted at merger possibilities for U.S. Steel in its sector, but note that earlier this year that firm raised its rating only to cut it shortly thereafter. That was around a case ruling and a strong bias against the sector at that time. That sentiment has now abated, according to KeyBanc, and the firm is now handily above consensus earnings estimates for 2014 and 2015.

ALSO READ: What If Junk Bonds Do Not Collapse?

We would further point out that U.S. Steel is still just a shadow of its former self. Shares traded above $40 in 2010 and 2011, and the stock was over $100 prior to the recession. Its dividend remains a shadow of its pre-recession peak as well.

Then there is one other notion to consider outside of U.S. Steel. If Alcoa can turn itself around in a transformation, maybe companies like U.S. Steel can as well.