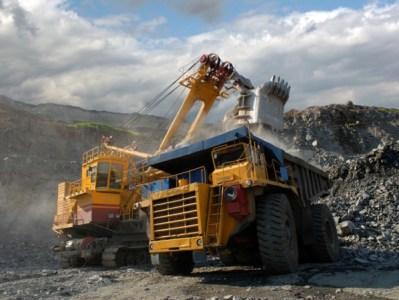 Source: Thinkstock
It has all been downhill for Cliffs Natural Resources Inc. (NYSE: CLF), ever since last fall when it lost in its Bloom Lake arbitrage. Following this, the company was at the mercy of analysts, and it is only getting worse now that creditors are jumping on the back of Cliffs.

The Bank of Nova Scotia is now reportedly suing Cliffs for roughly $53 million related to equipment loans tied to Canada. The bank claims that these loans were guaranteed by the parent rather than the subsidiary.

The Bank of Nova Scotia noted in the lawsuit that by Cliffs filing for creditor protection in Canada, this accelerated the company’s payment obligations. The bank also claimed that Cliffs denied that it was obligated to pay the debt immediately.

Even an amount like $53 million could hurt Cliffs, despite having a market cap of $667 million. After all, the company’s shares have been crushed and every penny may count at this point.

What stands out here is that Cliffs recently announced a proposed offering of $500 million in senior secured notes due in 2020. The company intends to use the net proceeds from the offering to repay all amounts outstanding under its existing revolving credit facility, and also for general corporate purposes. The question one might wonder is just how high Cliffs will have to pay to borrow money now.

It seems pretty obvious that the proceeds will be directed at paying down everything Cliffs can immediately pay. Some investors now believe that Cliffs may have a hard time staying afloat, although this feeling is not universal. Cliffs was shown most recently as having a short interest of 59.4 million shares and a days-to-cover ratio of 13.9, which is nearly 40% of its shares outstanding being short.

24/7 Wall St. wanted to consider what outside analysts have been saying about Cliffs.

Wells Fargo has had an ongoing Underperform rating, but it also has a $1 to $3 valuation range for Cliffs. Also, Wells Fargo is not the only firm chasing Cliffs lower. Previously, Credit Suisse had issued a price target for $1 in December. Axiom Securities downgraded Cliffs to a Sell rating from Neutral with a price target of $2.

Analysts are not the only ones souring on Cliffs, as investors have repeatedly and consistently sold off the stock, pushing it ever lower. If management said that it would not have a material impact from closing the Bloom Lake facility, isn’t there a credibility problem if their bankers in Canada are suing them over that issue?

Currently the stock is hovering just above its 52-week low, which has been edging continually lower as this unfortunate story progresses. Shares of Cliffs had an unofficial closing price of almost 6% at $4.31 on Thursday. The stock has a consensus analyst price target of $6.38 and a 52-week trading range of $4.12 to $21.25.