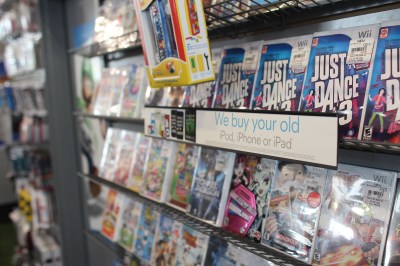 Source: courtesy GameStop Corp.
The two transactions that will wrestle control of Activision Blizzard Inc. (NASDAQ: ATVI) from France’s Vivendi will transform Activision Blizzard into an independent company once more. The company will pay $13.60 a share for 429 million shares ($5.83 billion), and the company’s CEO and chairman will pay the same per share price for another $172 million shares ($2.34 billion) through an investment vehicle called ASAC II.

In the five years since the merger between Activision and Blizzard, shares have never traded above the break-even line. Currently, Activision Blizzard shares are about 15% below their price five years ago. The news of the buyout is sending shares higher, but the $13.60 price is more than $1.50 below last night’s closing price.

According to the company’s announcement, the full-year non-GAAP revenue estimate has been boosted to $4.25 billion and EPS will rise to $0.82. The estimates do not take into account today’s announced transaction. The current consensus estimates called for revenues of $$4.29 billion and EPS of $0.85.

Are we missing something here? Activision Blizzard’s latest outlook is lower than the consensus estimate. Adding more shares will improve the company’s take certainly, but there is no fundamental change in the company’s business except who gets to call the shots. And the two guys who have been calling most of the shots, the CEO and the chairman, have been in charge while the shares languished since the 2008 merger. That’s encouraging, right?