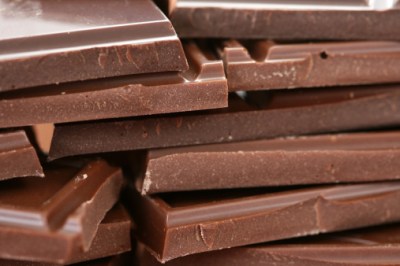 Source: Thinkstock
Confectionery company Hershey Co. (NYSE: HSY) has revised its outlook downward for its fiscal 2015. Previously, Hershey said its expected growth in fiscal 2015 revenue, excluding foreign currency exchange, in the 6% to 7% range. Now the company expects that revenue to reside in the 4% to 5% range, according to its press release.

Hershey experienced greater than expected headwinds in China so far this quarter. A softened Chinese economy compelled consumers to spend less on its products. Hershey also cites increased competitive activity, which is not something long-term shareholders want to hear. Hershey will reevaluate the value of its Chinese subsidiary, Shanghai Golden Monkey Food Joint Stock Co.

Interestingly, Hershey also cited “the accelerated momentum of e-commerce and online purchases” as negatively impacting its results. Certain retailing customers face decreasing traffic due to the final consumers’ tendency to shop online, which begs the question: Why isn’t Hershey heading this trend off at the pass?

The underlying implication for the investing community is that global expansion will not be as rosy as some multinationals thought. On June 17, Hershey’s rival Nestle announced a 15% reduction in its workforce. The company cited a middle class that is small and not growing as fast as Nestle wants. Moreover, allegations of high levels of lead compelled the Indian government to ban the sale of Nestle’s Maggie’s Noodles throughout India.

On a bright note for Hershey, the company indicates that its North American business does relatively well thanks to Hershey’s pricing power. Hershey’s guidance states that the region will contribute “135 to 145 basis points” to the company’s gross margins. Moreover, Hershey’s top line fares better than its rival Tootsie Roll Industries Inc. (NYSE: TR), which faces stagnation in its top line growth due to lack of innovation or aggressive geographic expansion. In the most recent quarter, Tootsie Roll’s top and bottom lines contracted 1% and 5%, respectively.

Hershey’s wants to expand its distribution of gains in core and high-return products. It also wants to increase distribution in smaller format stores. These all represent prudent strategic moves.