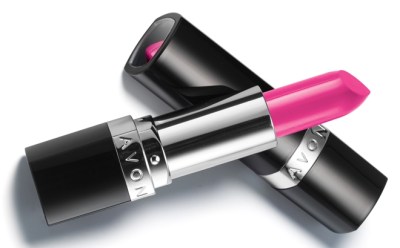 Source: courtesy of Avon Products Inc.
Avon Products Inc. (NYSE: AVP) and its shareholders are in big trouble. The company’s revenue has been declining steadily since 2011, and it turned net losses for three straight years.

So far this year, Avon’s fundamentals continue to deteriorate. In the most recent quarter, its year-to-date revenue declined 17% year over year. Its net loss did shrink 21% year over year, but it registered a free cash flow deficit of $148 million, which is 145% more than the same time last year. Moreover, Avon’s interest expense exceeds operating income due to its high amount of long-term debt. Let’s examine what is going on with Avon and see what Avon’s options are, if any.

Avon’s business model is becoming obsolete. The company employs door-to-door salespeople in an age when consumers increasingly purchase their goods on the Internet. Avon, giving indication of a lack of strategic vision, sought out buyers to purchase the company. This has not worked out too well, as a fake financial company sent a bid offer for Avon, causing the stock market to bid up the shares of the company, only to fall shortly thereafter when it was revealed that the bid company wasn’t real.

Even worse on a fundamental level, Avon divested product lines that could help redefine the company such as skincare brand Liz Earle. Avon said “This transaction allows Avon to realize immediate benefits while continuing to strengthen our balance sheet.” This sends a hint to the investing community that desperation trumps long-term thinking, representing a bad sign for shareholders.

With no other company currently showing an interest in Avon, it needs to be rebuilt from the ground up. Avon needs to de-emphasize its door-to-door sales force and focus on developing a viable e-commerce strategy. Before it can do any of this, it needs to focus on getting its long-term debt and interest costs under control.

Simply stated, investors need to stay away from this company until it can figure out a viable strategy to move the company and its shareholders forward. Waiting for a buyout represents pure speculation that can be hazardous to your financial health.