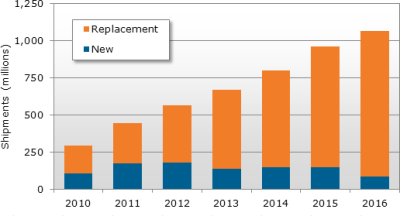 Most of the forecasts for the economy and stock markets for 2013 are in. Now that the fiscal cliff has been avoided, and the debt cap debate has moved until the end of the first quarter, the stock market will rise and U.S. gross domestic product should move moderately higher. These things and other critical decisions about economic policy in the United States and abroad mean that forecasters can focus on 2014.

Angela Merkel recently said that the sovereign debt emergency in Europe is not over, and will not be for some time. If she is right, her statement must be based on a lack of GDP recovery in the economies of a number of European Union nations. It is hard to quarrel with the effects that depressionlike economic conditions in Greece and Spain, where unemployment has stayed above 25%, will dissipate. GDP will not recovery quickly enough in France or Italy for their budgets to post surpluses. Each of these nations can only hope that they are no longer the focus of investors’ dread, which means their borrowing costs will remain relatively low. Each may be able to raise money through new sovereign debt issuance. That does not solve the foundation issue that there is no reason to argue that Europe will emerge from flat or negative growth in 2014.

Even if the battle over the U.S. debt cap and budget ends in the first half of 2013, the ripples of the fight may last well beyond the end of the year. Businesses that have stepped back from spending and hiring have to contend with the slow growth that doubt about the fiscal cliff has caused already. And some will struggle to comply with new health care costs. Consumer spending probably will slide long enough to hurt GDP in the first half. Americans, in some number, already have set household spending based on a fear of increased taxes. Perception about the ec0nomy has not changed as much as many experts claim. A recent poll by Gallup shows that “By almost a 2-1 margin, (Americans) predict 2013 will be a year of economic difficulty rather than a year of prosperity.”

So, the second half would have to post a strong recovery for early 2014 to hit a period of 4% or 5% GDP growth. That remains the Holy Grail of expansion — the kind of expansion that could help America eat into its debt. Almost no one believes that 2014 can be that strong, particularly in light of the lack of solutions to the federal government’s longer term problems, some of which center on the lack of an agreement on entitlement spending.

The Federal Reserve has set a jobless number of 6.5% to be the level at which it can withdraw its colossal support of the economy. Bernanke has signaled he does not expect that level to be hit this year. If he is right, unemployment will remain above 7%, at least through most of 2013. Based on the calculation many experts use, which includes the underemployed and underattached parts of the workforce, unemployment will stay above 10% into 2014 — hardly a recovery.

The housing recovery has to be based to some extent on employment and consumer confidence. Recent data on home prices and sales activity have given hope that the market will continue to recover. However, the inventory of foreclosed homes, underwater mortgages and what is called “shadow inventory” will remain an anchor for some time. Mortgages with “negative equity” have been more than 20% of the market. It will take a surge in home prices to move that down much. A return to the home prices levels of 2005 and 2006 may be years away, or may never come at all.

American business will continue to wrestle with a recession in Europe, and the lack of a robust recovery in the United States in 2013. This means earnings will remain under pressure. The net of that pressure will be a lack of job growth and downward force on the value of stocks. The S&P 500 could enter 2014 at a level below the one where it is today, at the start of 2013.

That leaves China and Japan as the economic mysteries of 2013. Japan’s yen price problem, its reasonable worry about deflation, its lack of GDP growth and massive debt load will leave it at near recession levels. China can continue to stimulate its economy and keep GDP above 8%. Some of that will be natural growth as its middle class grows. Some will be China’s ability to fund large infrastructure projects. But China cannot completely dodge the economic problems of the rest of the world. The expansion of the GDP of the People’s Republic can only be self-sustaining for so long. Next year, China will be hurt by an ongoing slowdown outside its borders.

Could there be a 2013 miracle that will make 2014 a banner year? A banner year in which unemployment drops below 6% and GDP growth rises about 4% in America? A year like the best ones of the past 20 years? No.