BP Expects Oil Spill Costs To Be Under $20 Billion, As Panic About Spill Recedes 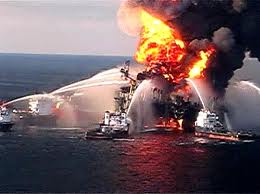 BP plc (NYSE: BP) may want to halt the sale of its assets in Prudhoe Bay and Russia. The company has told Citigroup analysts that it does not even expect to spend the $20 billion it is in the process of placing into escrow. BP CEO Bob Dudley said that the $32 billion reserves that the UK-based firm has taken will be more than enough.

Citigroup said that, after the meeting with Dudley, it had growing confidence BP would reinstate its dividend early next year, according to ABC News.

The statement shows how wrong the assumptions that BP could be taken under by the disaster were. It underscores that BP may not have  to auction off assets to cover costs. The oil firm has often said that it has access to more than $10 billion in bank lines. That, and cash flow, should be more than enough to cover obligations. It is often forgotten that BP funds the escrow over three years and not upfront.

BP may come out of the Gulf disaster better than many people who live or do business on the Gulf. There are already reports that the escrow fund has been very slow to pay out claims. It has no financial incentive to speed the process. Ironically, BP would have had such an incentive. Claims paid quickly can mitigate the chance of lawsuits later.

It would be hard to make the case that the BP spill is not one of the greatest man-made environmental tragedies ever. But the crude appears to have dissipated more quickly than expected and the amount of wildlife affected has been modest thus far.

The entire reaction to the BP spill has a “the fog of war” element to it. Scientists presented charts that showed the flow of oil as it moved around the Keys and up the east cost of Florida as far north as Maryland and into the Gulf Stream. Florida said it might sue BP for several billions of dollars, but that threat was made by the state’s attorney general who was running for governor. There was also a belief that the oil flow for the Deepwater Horizon explosion could not be fixed.

It is now five months since the explosion on the rig. The forecast that vast number of species in the Gulf could be destroyed has mostly come and gone. NOAA has said that shrimpers and fisherman may be able to soon return to the waters that they have fished for generations.

For quite awhile, it appeared that BP’s luck had run out, but now it has turned for the better.